Joey Logano on salvaging top five at Martinsville: ‘I just want to win’

MARTINSVILLE, Va. — Early in Sunday’s STP 500 at Martinsville Speedway, Roger Penske’s 1,000th NASCAR race looked like it was going to be a rough one.

But the tides quickly turned, as Brad Keselowski was able to make the milestone even more special for Team Penske with a victory, while Joey Logano finished fourth.

Logano and Keselowski were both busted for pit-road violations during an early round of stops on Lap 72, as Logano was penalized for the jackman being over the wall too soon, while Keselowski was caught speeding.

But that was just the start of a rough day for Logano, as he later was forced to make an unscheduled pit stop on Lap 232 in Stage 2 while running in the top five after a fender rub on his war-torn No. 22 Ford resulted in a cut tire.

“This race is long enough and we have enough cautions where you can make up for a lot of things,” Logano said after the race. “I was grateful for our finish. Bummed out we got no stage points throughout the event because we were recovering all day. Any time we put ourselves in position for some stage points, something happened to make us be about 30th.”

Although Logano has recorded only one finish outside the top 10 in the first six races of the Monster Energy Series season, the frustrations of not breaking into Victory Lane are starting to build.

“If we can ever have a normal race and not beat our car up getting through the field over and over again throughout a race, I feel like the trophies are right there if we can do that,” Logano said after the race. “Right now, random, crazy things are happening. We just have to get through it.”

Sunday’s race was also the first short track for race stages. Logano said the tires made those stages even more eventful.

“It’s not really because of the stages. It was because of the tire – it just rubbered up this race track so much,” Logano said. “It was crazy to see how high we were getting. We were pushing the edge of the concrete. You haven’t seen that here at Martinsville in a long, long time.

“Tires were chucking on the race track and were over-rubbering,” he added. “It’s not a bad thing. It just keeps it interesting out there for everybody. It was an eventful Martinsville race like normal, but just a little bit wider race track. Hey, I’m not going to complain about that.”

Overall, Logano was grateful to salvage a top-five result. But of course, he wanted more.

“We recovered to something at the end, which was nice,” Logano said. “I just want to win.” 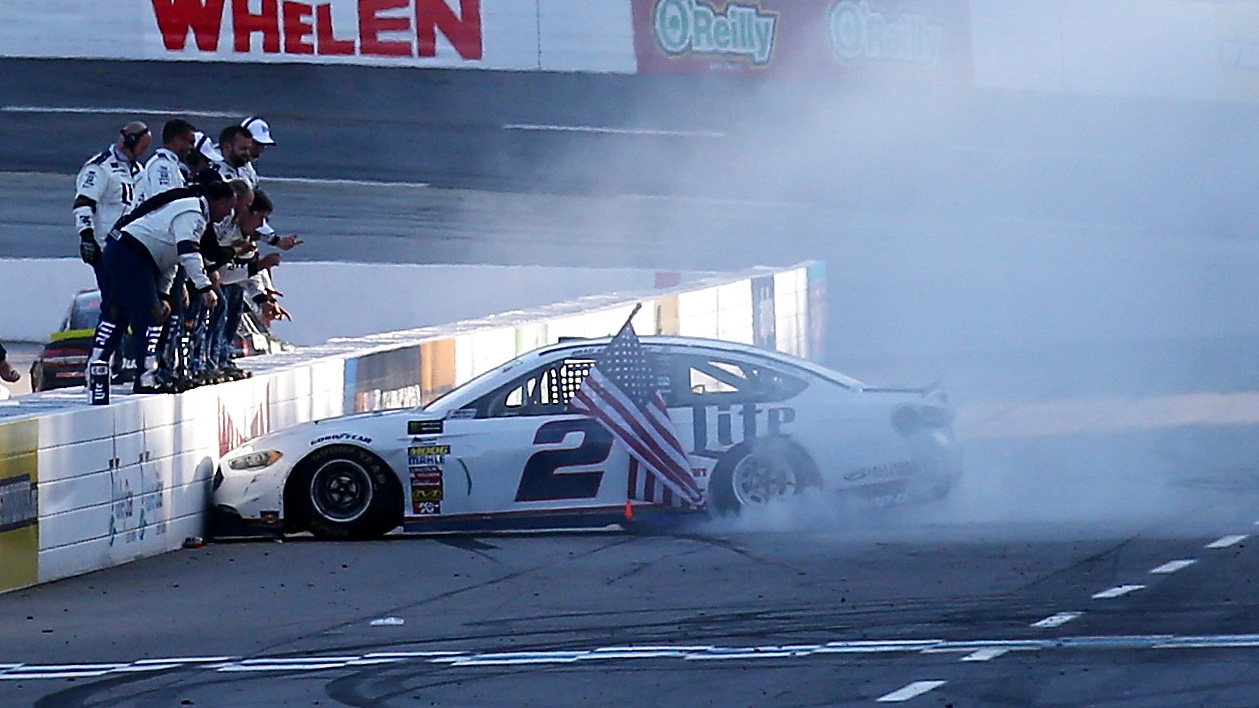