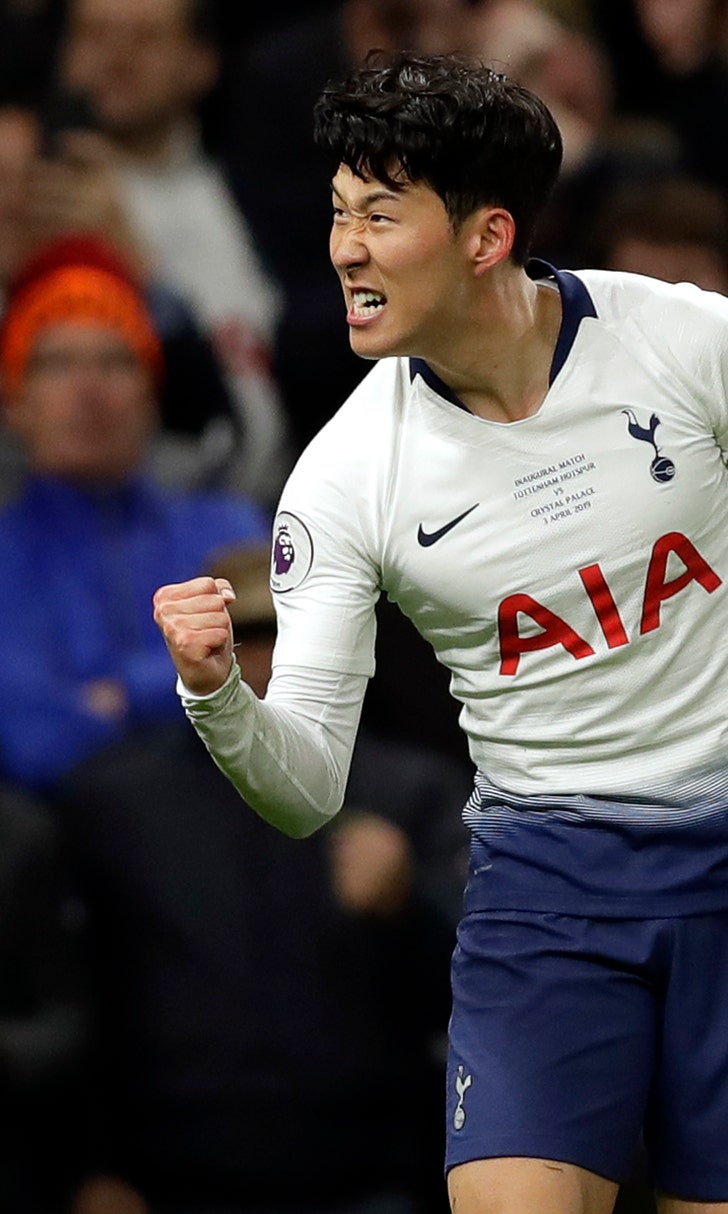 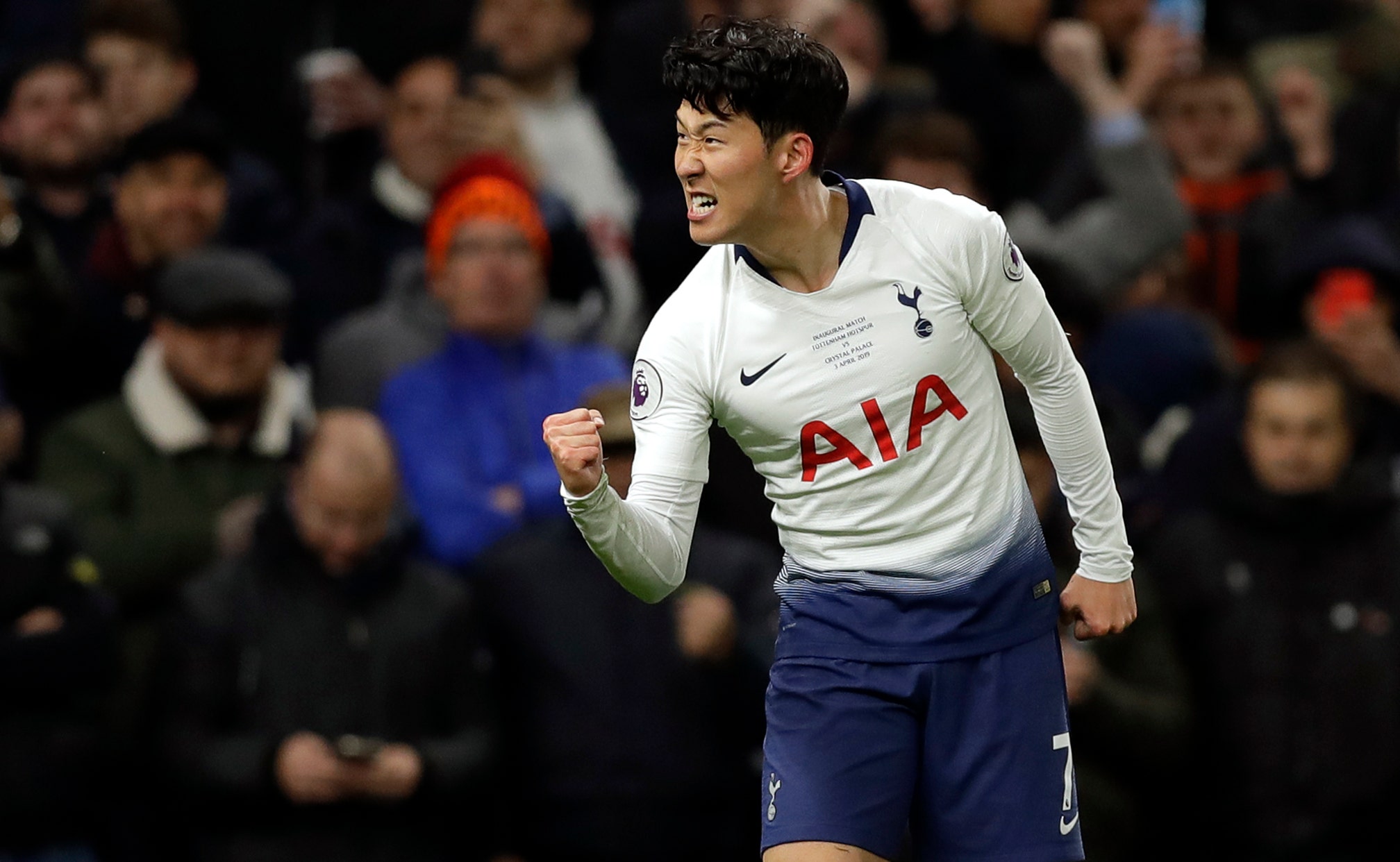 Manchester City is back atop the Premier League. Tottenham is finally back home — and winning again.

On a dominant night for some of the biggest teams in English soccer, City eased past Cardiff in a 2-0 win to replace Liverpool in first place in a to-and-fro title race that looks set to go to the wire. Kevin De Bruyne and Leroy Sane scored.

The fight for Champions League qualification behind them is just as intriguing, and there were wins for two of the contenders.

Tottenham marked the first senior match in its newly built 1-billion pound ($1.3-billion) stadium by beating Crystal Palace 2-0 to end a five-match winless run in the league and climb back above Arsenal into third place. Son Heung-min scored the first top-flight goal at the stadium and Christian Eriksen added the second.

"I'm the happiest guy in the world," Son said

Chelsea is just one point behind Spurs in fifth place after a 3-0 win at home to Brighton, with Eden Hazard scoring and playing a starring role. Callum Hudson-Odoi, the 18-year-old England winger, also shone on his first league start.

City leads Liverpool by one point with six games left.

Man City fielded virtually a second-choice team amid a run of games every three days, and still had far too much for Cardiff in a match that resembled a practice session of attack vs. defense at times.

The likes of Raheem Sterling, David Silva, Bernardo Silva and Kyle Walker were on the bench for City, while top scorer Sergio Aguero was missing because of a minor injury that could also sideline him for Saturday's FA Cup semifinal against Brighton.

Yet it was all City at Etihad Stadium, with De Bruyne running the game and opening the scoring from an acute angle in the sixth minute. The Belgium midfielder said after the game he meant to drive the ball across the area, but it ended up beating Cardiff goalkeeper Neil Etheridge at his near post.

Sane made it 2-0 in the 43rd, his angled shot finding the far corner after a lay-off by Gabriel Jesus.

"I know there is pressure on him," De Bruyne said, "our team is world class and you have to prove yourself, and that's what he's doing."

The quadruple remains on for City, which has already won the English League Cup and is also into the Champions League quarterfinals.

Nearly two years after leaving the site of its old White Hart Lane, Tottenham returned home on an evening that felt as much an occasion as a soccer match.

An opening ceremony featured a marching band, a performance by a local school choir, a tenor serenading players and fans with "Glory, Glory Tottenham Hotspur," and fireworks exploding over the north London sky.

It was then time for the team to deliver in front of nearly 60,000 fans, and it did just that despite a nervy first 55 minutes. Son claimed his piece in club history with the first goal, his strike deflecting in off Palace midfielder Luka Milivojevic.

The second came when Eriksen pounced on the loose ball after Harry Kane was tripped by Martin Kelly in the 80th minute.

"White Hart Lane is our history but the new stadium ... I can't believe it," Son said. "To play in it is an amazing feeling."

It was a first win in six league games for Tottenham.

Chelsea manager Maurizio Sarri has bided his time in giving Hudson-Odoi a first Premier League start, despite plenty of outside pressure. The 18-year-old winger's display against Brighton suggests there will be a few more starts before the season is out.

Hudson-Odoi, who made his first start for England last week, set up the opening goal for Olivier Giroud and was constant threat throughout at Stamford Bridge.

If Hudson-Odoi wants a player to model his game on, he could worse than look at Hazard.

The Belgium winger was again Chelsea's star player, scoring the second goal with a curling effort from the edge of the area and setting up Ruben Loftus-Cheek for the third from a similar spot. Hazard is up to 14 league goals for the season.