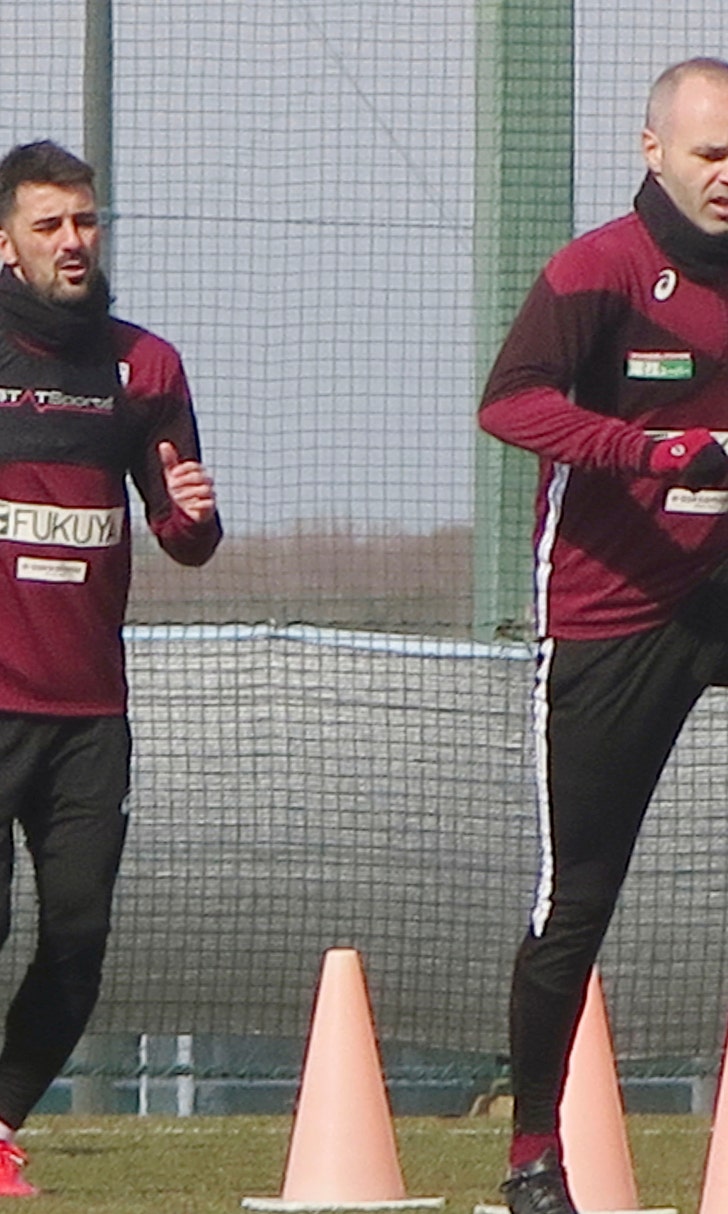 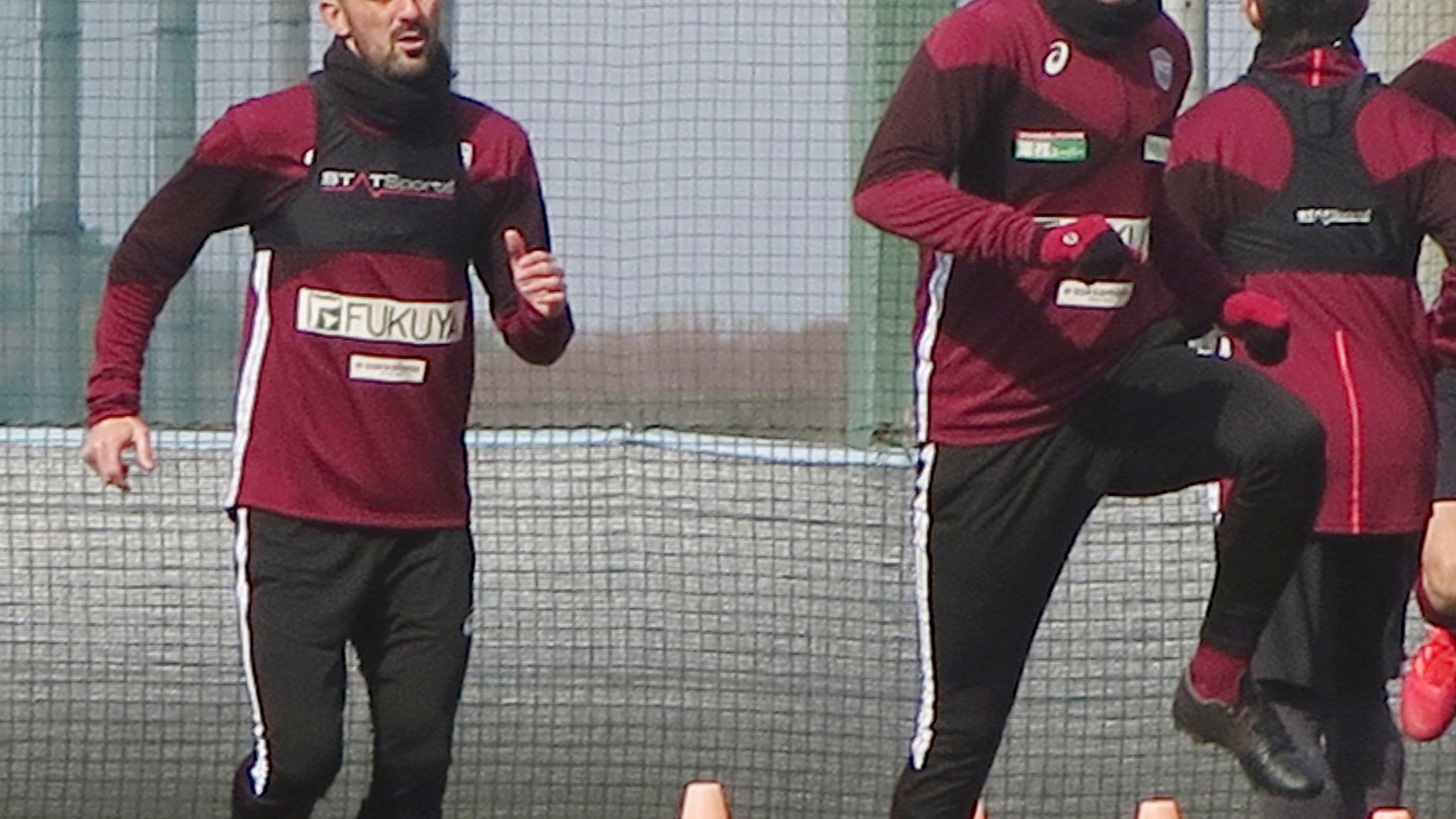 Iniesta teaming up with old teammate Villa in Japan

TOKYO (AP) — Andres Iniesta's old teammate from his days at Barcelona is now his new teammate at Vissel Kobe.

Iniesta said Thursday that the addition of David Villa will give the Japanese team a major boost as it attempts to recover from a disappointing season.

Vissel Kobe finished 10th in the 18-team J-League standings last season. Not content with the results, owner Hiroshi Mikitani went out and signed Villa, who will team up with Iniesta when Kobe opens the season on Feb. 22 against Cerezo Osaka.

"He's a top quality player," Iniesta said. "We hope he'll bring a scoring touch, which is why he was brought here. His addition is a big jump in the quality of the team."

The 36-year-old Villa scored 59 goals in 98 appearances for Spain from 2004-17, including five goals at the 2010 World Cup as his nation won its first title. He scored four goals for Spain en route to the 2008 European Championship title.

Iniesta joined Kobe after last year's World Cup and said the transition wasn't easy. He scored only three goals in 14 matches and is hoping for better results this season.

"I've had more time to prepare this season," Iniesta said. "Last year, I needed an adjustment period but I'm in better condition this year and the team is in top form so hopefully we will have better results."

Soccer officials in Japan are hoping the presence of players like Iniesta and Villa will help raise the profile of the J-League as it competes with the Chinese league in the lucrative Asian market.

"We're hoping these world-class players like Iniesta can generate interest in the league not only in Japan but in Asia and the rest of the world," J-League chairman Mitsuru Murai said.

Villa started his career at Sporting Gijon in 2000 before stints with Real Zaragoza and Valencia. He joined Iniesta at Barcelona in 2010, where he won the Spanish league twice and the Champions League.

The 34-year-old Iniesta scored the winning goal for Spain in the 2010 World Cup final. He also was a key part of Spain's two European Championship titles in 2008 and 2012.

Kobe's connections to Spain don't stop with Iniesta and Villa. The team is coached by Juan Manuel Lillo, one of several Spanish coaches in the J-League.

"The Spanish coaches are able to bring a different style to Japanese football," Iniesta said. "It's a positive development if they can combine the best of Spain and Japan to achieve better results."

Spain
share story
those were the latest stories
Want to see more?
View All Stories
Fox Sports™ and © 2021 Fox Media LLC and Fox Sports Interactive Media, LLC. All rights reserved. Use of this website (including any and all parts and components) constitutes your acceptance of these Terms of Use and Updated Privacy Policy. Advertising Choices. Do Not Sell my Personal Info