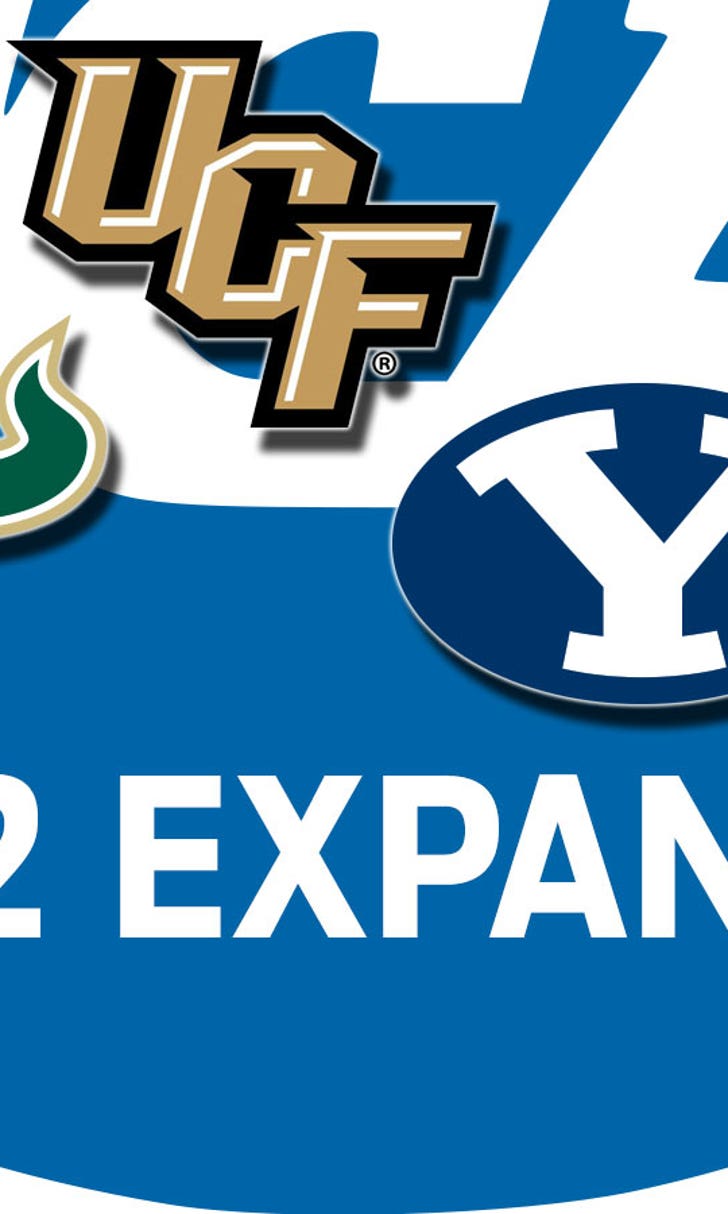 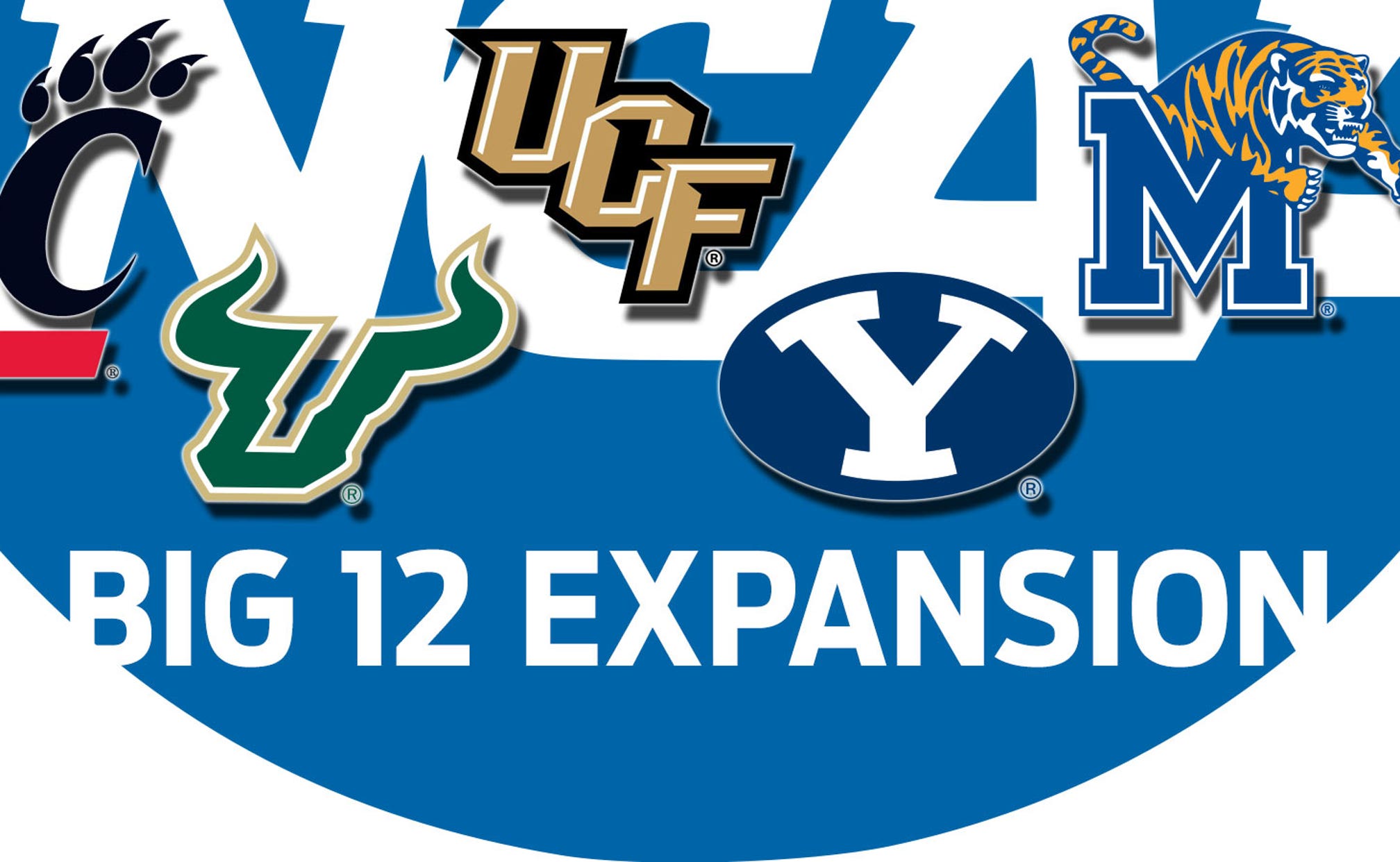 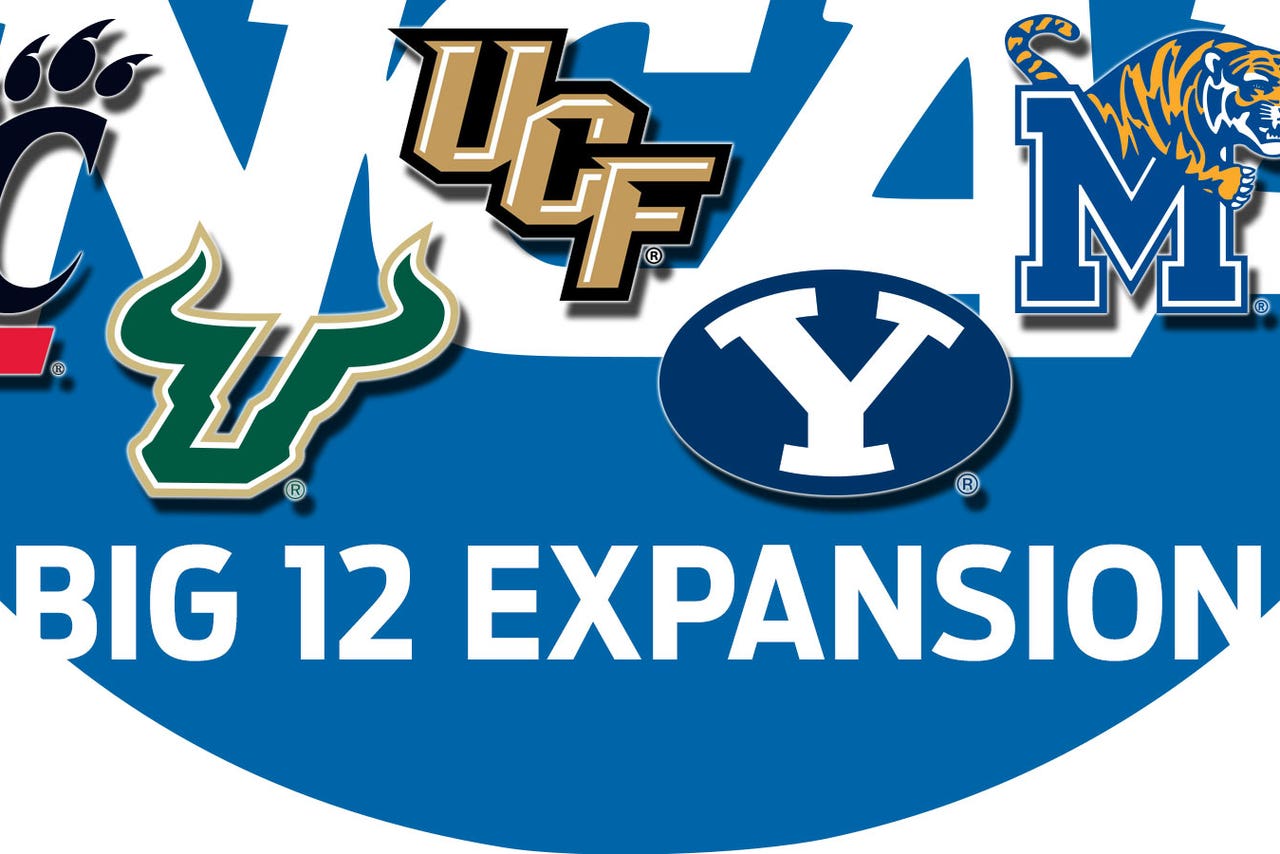 Last week Oklahoma president David Boren set pageviews exploding by saying that he was in favor of Big 12 expansion. Boren also said that any expansion teams would receive equal shares of the Big 12's television payout from ESPN and Fox. (The equal share of existing television revenue in the event of expansion hadn't been public before.)

There's nothing better to cure the summer doldrums in college football than a little fevered expansion talk.

The Big 12, the most unstable force in college football, is always the source of expansion rumors. The SEC and Big Ten, with their networks rolling off tens of millions of dollars, are totally stable and the Pac 12 and the ACC are fairly stable as well.

But the Big 12 is still wobbly.

Will that ever change?

Well, I've got a bit of a radical idea of what the conference should do to increase stability -- the Big 12 should expand to 14 teams and start its own network.

Let me explain why beginning with the most fundamental rule of conference expansion.

1. No conference is expanding unless there is more money to be gained by all the current members of that conference.

This is the fundamental rule of conference expansion and it should govern every thought you ever have about realignment.

The easiest way to think about it is this -- no one's slice of the pie is going to get smaller. The only reason to expand is to get more money. In the latest round of expansion every moving team ended up making more money than it would have by staying put. That's no coincidence.

That's why I don't believe the Big 12 will simply expand to 12 teams, the other ten schools in the Big 12 don't stand to benefit enough from this expansion. While the ESPN and Fox television money won't change, every school's share of the playoff money would diminish in the event of expansion. Adding a Big 12 title game wouldn't come close to making up for that loss in revenue.

Sure, the Big 12 could expand to 12 teams and pay out less money to new members, but why does that really make sense? A round robin scheduling format where everyone plays everyone else almost got the conference two teams in the inaugural playoff. (While some argue that not having a conference title game cost the Big 12 a bid, not having a conference title game also almost got the Big 12 two bids. If Ohio State loses to Wisconsin and Missouri upsets Alabama then the Big 12 would have gotten both Baylor and TCU in the playoff).

No, there has to be some greater logic to the expansion talk and going to 12 teams just doesn't make much sense.

Which brings me to the Big 12 Network.

That, in essence, I believe, is the root of Oklahoma's grumbling. The Longhorn Network, despite what ESPN would have you believe, is an unmitigated disaster. It created a situation where Texas is on unequal ground with all the other Big 12 conference members. And while the LHN will eventually toss off $15 million a year to Texas before expenses -- right now it probably adds around $9 million a year -- it costs the Big 12 hundreds of millions of dollars over the life of its existence.

Because it effectively kills the potential for a Big 12 Network. (It's hard to see a world where the Longhorn Network exists and the Big 12 Network exists too. Maybe someone smarter than me can figure out how, but I don't see it.) And that's the root of Oklahoma's gripe. The Sooners see the SEC and the Big Ten rolling in buckets of cash from their conference networks and wonder why in the world Texas has cut off that potential oil well for the Big 12.

Right now the Big 12 doesn't have many assets when it comes to a network. It has four teams in Texas, two in Oklahoma, two in Kansas, one in West Virginia and one in Iowa. That's an awful conference television network footprint. Oklahoma has just 3.9 million people, Iowa has 3.1 million, Kansas has 2.9 million, and West Virginia has 1.85 million. Sure, the state of Texas has 27 million people, but you have to divide that by four teams. The end result is that right now the Big 12 states would have right at 39 million in total population. This would mean that roughly 13 million cable and satellite subscribers live in the Big 12's footprint.

So what's that worth?

Let's say the Big 12 Network could get $1 per month in those states. That adds up to $156 million in the Big 12 footprint. Let's give the Big 12 Network an additional $70 million a year in revenue nationwide -- .10 cents a month to roughly 60 million cable and satellite households -- to get you to $226 million. (I'm not factoring in advertising dollars which have been minimal for conference networks so far). Figure that's going to be cut in half with a TV partner -- either ESPN or Fox -- and take out operating expenses of 25% of revenue and you're talking about roughly $8.5 million per school assuming everything went absolutely perfectly.

Which it wouldn't, but let's assume the best.

But the problem is you'd probably have to guarantee Texas an unequal share of the revenue since they'd be giving up the LHN in the process. (The only way to get Texas to give up the LHN is by giving Texas more money than it makes off the LHN. See rule number one above).

So let's say Texas gets its guarantee of $15 million a year -- more than twice what everyone else gets and more than its actually netting from the LHN now -- and you're left with roughly $7 million per school if everything goes perfectly.

That's fine, but there isn't much room for error.

The only reason expansion makes financial sense is if the Big 12 is going to do a network.

Having two teams in the same state isn't ideal when it comes to creating your own network because the cable subscriptions for new markets is at least six times more per month if you have a team in the state. (The SEC Network for instance costs .25 cents a month if you are outside an SEC state, $1.40 a month if you are inside an SEC state. So a subscriber in each additional SEC state adds $13.80 per cable or satellite subscriber a year. This is why the SEC will NEVER, EVER add an additional team inside a state that it already has a team inside. It already has that state's money.)

This means the Big 12 would face an interesting expansion decision.

It could add two teams to get to 12 or it could get really bold and make the leap to 14 teams.

The move to 14 makes the most sense.

There are five real expansion targets that the Big 12 should consider as part of its network: Cincinnati, Central Florida or South Florida, BYU and Memphis. (Boise State makes no sense because the money isn't substantial. Connecticut might, but it's a long way away geographically. No existing school will leave one of the four major conferences for the Big 12. There just aren't teams that make sense to add after 14 members).

First, Cincinnati is a no brainer. The state of Ohio has 11.6 million people and is football crazy. The Bearcat brand is significant enough to drive interest in the state and you get a natural rivalry with West Virginia. Assuming you could get full distribution in Ohio for the Big 12 Network, adding a team in Ohio would add roughly $46 million in additional revenue.

Second, adding South Florida or Central Florida seems like a no brainer because there are twenty million people in the state of Florida. But the question is, could you get full cable or satellite distribution in Florida with either of these two teams? That is, do fans care enough to demand that their cable or satellite service carry the Big 12 network if you add USF or UCF? (Remember, this has been the Pac 12's problem with its network. Fans just don't care enough.)

That's a roll of the dice. In an ideal scenario you'd figure out which team is likely to be better going forward and which team has the most rabid fan base and then you'd pick that team to add to the Big 12. (Remember, two teams in the same state doesn't make sense in a conference network era).

But does either school really move the needle by itself?

The state of Florida is worth roughly $80 million a year if you could get a team fully distributed in the Sunshine State.

Which is why the really interesting play would be adding both schools at once. You get a natural rivalry and double the pressure for cable and satellite companies in the state to carry your network. But if you wanted to maximize revenue, you'd roll the dice on one team.

Memphis is the next best addition.

The state of Tennessee has 6.6 million people, is football crazy, and sits in the fertile SEC footprint. The Big 12 could plant a flag on SEC soil and add roughly $26.4 million a year in revenue if it added a team here. (This assumes full distribution of the network. Is there enough demand in the state? I think so.)

BYU would be my fifth choice, the team I'd add if I thought we could get away with adding only one team in Florida. BYU is intriguing as a "national brand," but the problem with national brands is they don't make a lot of sense in a cable and satellite network era when you need a rabid following in a condensed geographic core. There are only 3 million people in Utah, but that would add $12 million to the Big 12 coffers.

So if everything went perfect for the Big 12 you could add teams in Ohio, Tennessee, Florida, and Utah and get to 14 members.

Toss in the out of footprint subscription revenue of $48 million and you're talking about over $10 million additional TV money per team per year just off the Big 12 Network.

If all four of these expansion teams paid a small share of their revenue to Texas each year, then the Longhorns would make more money than they do off the Longhorn Network, the Big 12 would have newfound stability, and the conference's geographic footprint would more than double.

Sure, expanding to 14 teams is bold and there's always the potential of major distribution battles that could tie up the Big 12 Network, making it more difficult for fans to see the games. And you'd have to choose a partner between Fox and ESPN and figure out how to balance out the games that would air on the new network, but this is also a really smart play that solidifies the conference's future, puts every team on a relatively equal footing, and eliminates the drag of the Longhorn Network on the Big 12's future.

Honestly, this makes too much sense not to happen. But since it's the Big 12, the most dysfunctional major conference in the country, it probably won't.

Which is a shame, because it should.

Memphis Tigers
share story
those were the latest stories
Want to see more?
View All Stories
Fox Sports™ and © 2020 Fox Media LLC and Fox Sports Interactive Media, LLC. All rights reserved. Use of this website (including any and all parts and components) constitutes your acceptance of these Terms of Use and Updated Privacy Policy. Advertising Choices. Do Not Sell my Personal Info