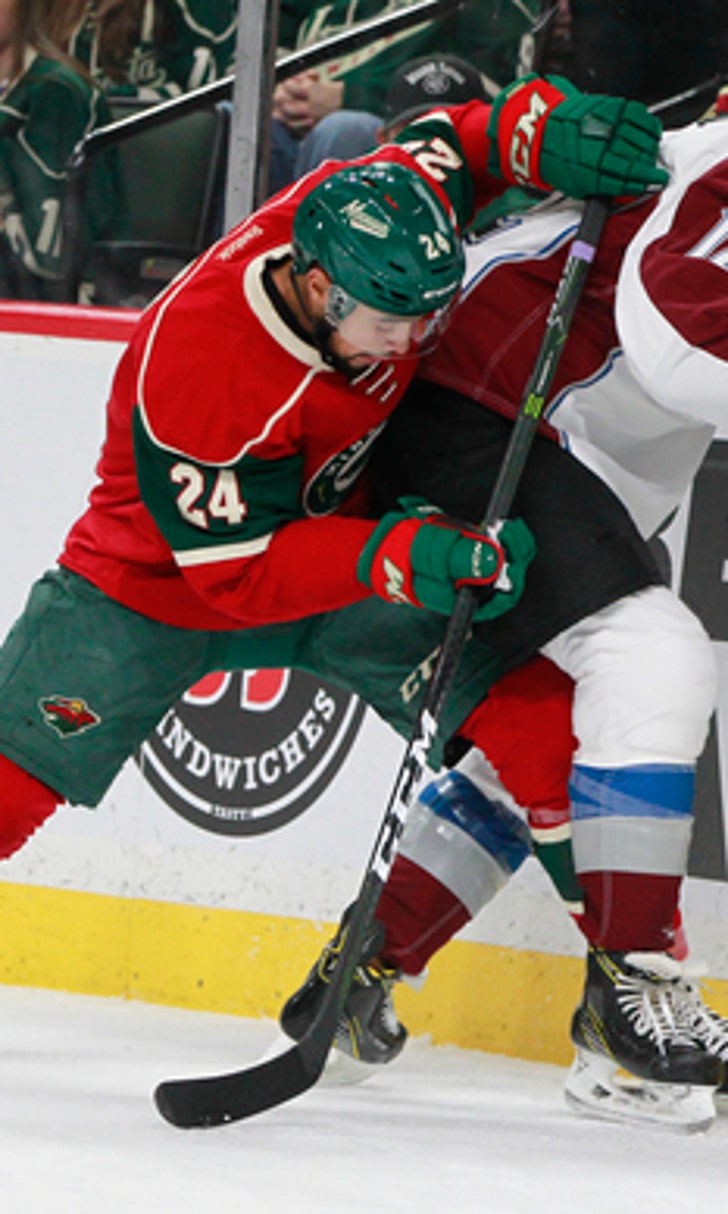 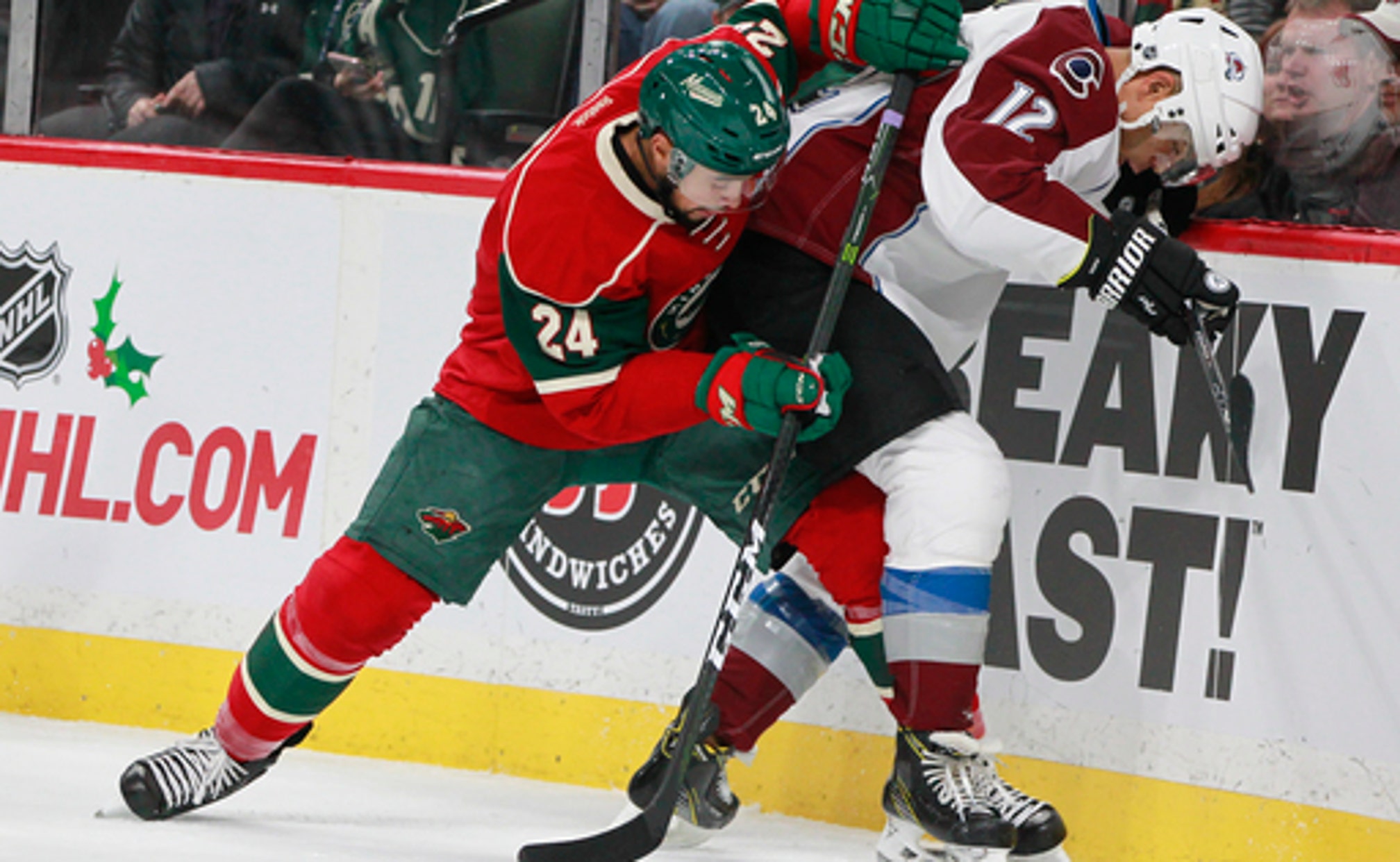 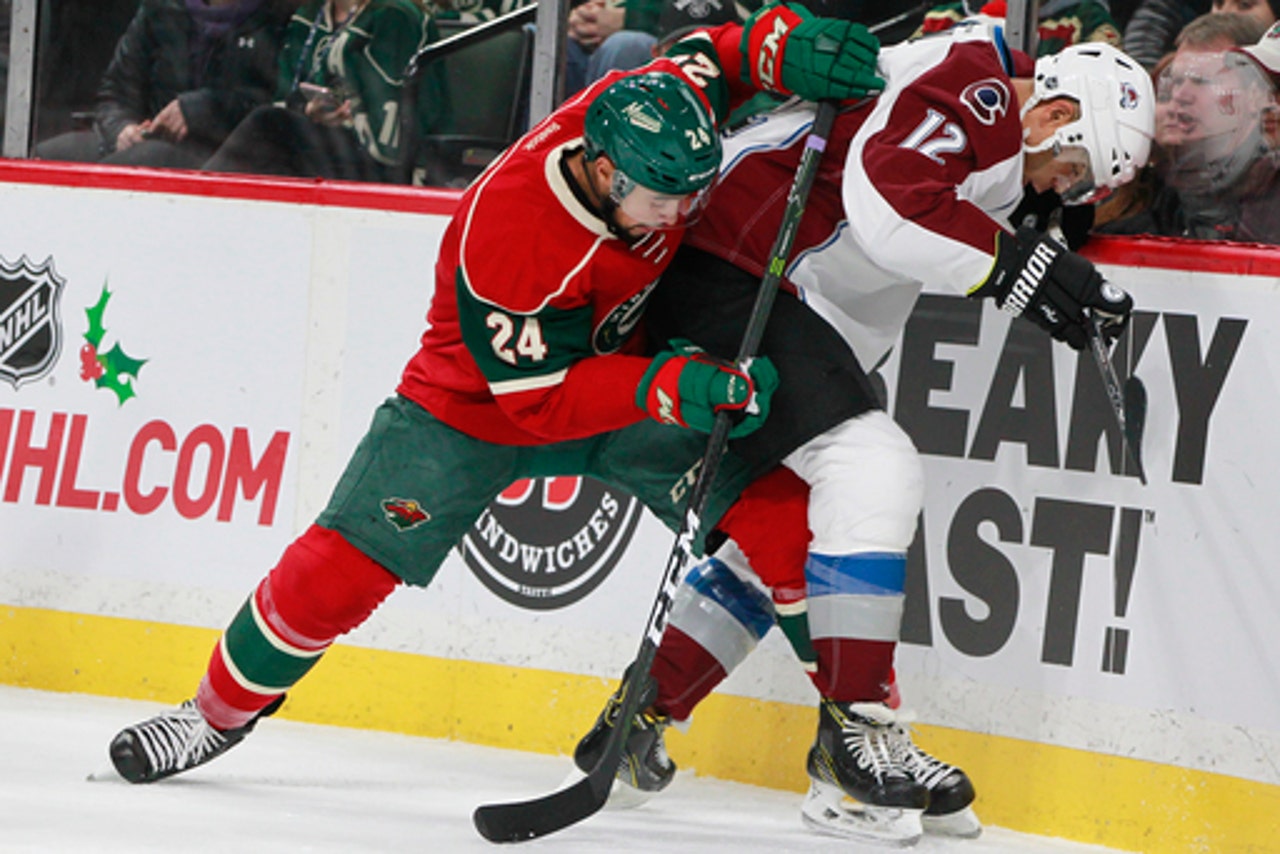 ST. PAUL, Minn. (AP) Nathan MacKinnon had been waiting for the puck to go in for him. The Colorado Avalanche center entered his fourth NHL season with plenty of promise, only to score just twice in the season's first 15 games.

The top overall draft pick in 2013 was feeling a bit better Saturday night after scoring the game-winning goal.

MacKinnon brought the puck up the center of the ice and used a Wild defenseman to screen his shot, scoring with 10 minutes left to finish off Colorado's third-period comeback. He added an assist in the Avalanche's 3-2 win at Minnesota.

MacKinnon has scored in back-to-back games to rekindle hopes of a big season after he signed a seven-year, $44.1 million contract extension in the offseason.

''I feel like I've had a lot of good chances the first 17 games,'' MacKinnon said. ''When I went 10 straight without a goal, I felt like, you don't deserve goals, but you feel like you're around the net and it should start going in. It was tough there for a while and it's nice to finally see a couple go in, for sure.''

Calvin Pickard stopped 41 shots in beating the Wild for the second time this season. He's allowed two goals on 73 shots.

''If you're sharp, they throw a lot of pucks to the net and both games we've played we've been good at boxing out rebounds and letting me see the puck,'' Pickard said. ''We did that again tonight, with big efforts from our D and our forwards helping out down low as well.''

The Avalanche trailed 2-0 heading into the final period, but goals by Mikko Rantanen and Carl Soderberg just 3 minutes apart tied the game.

Devan Dubnyk made 31 saves for Minnesota, but his shutout streak was snapped at 156 minutes, 6 seconds. Charlie Coyle and Tyler Graovac scored for the Wild, who had been 6-0-1 when leading after two periods.

''We stopped playing,'' Dubnyk said. ''I don't know what happened. That's not like us. Things are going to happen, and they might get one or two, but we just stopped playing in our end. I don't know if we thought it was going to be an easy third with the way the game was going, but we had a pretty good game going and that's a waste of a game.''

Colorado earned its first victory of the season when trailing after two. The Avalanche were 0-9-0 when entering the second intermission with a deficit.

''Third periods haven't been our friend this season,'' MacKinnon said. ''We've been struggling late in games. For whatever reason, we can't seem to tie it up and get the win. We're going to feed off this. Scoring three goals in the third period is big, after being shut out after two. Beating a goalie like Dubnyk is no easy task.''

The flurry of goals came in the third, but the teams traded shots in the first. They combined for 41 shots in the period, setting a Minnesota record for one period. The Wild had 21 shots, a franchise mark for the first period.

NOTES: Minnesota forward Zach Parise was scratched prior to the game with an illness. He had returned to play two games after missing six because of a lower-body injury. ... Colorado C Matt Duchene (concussion) missed his fourth straight game, while F Gabriel Landeskog (lower-body injury) missed his second game in a row. ... The Avalanche were fifth in the NHL in most penalty minutes per game coming in and proceeded to take five minor penalties. The Wild went 1 of 4 on the power play. ... Minnesota started a stretch of three straight games and four of five against Central Division opponents. ... Wild D Marco Scandella (high ankle sprain) returned to practice Friday. Scandella has missed eight games and is eligible to return from long-term injured reserve next week.

Wild: Minnesota has a one-game trip to Dallas on Monday.