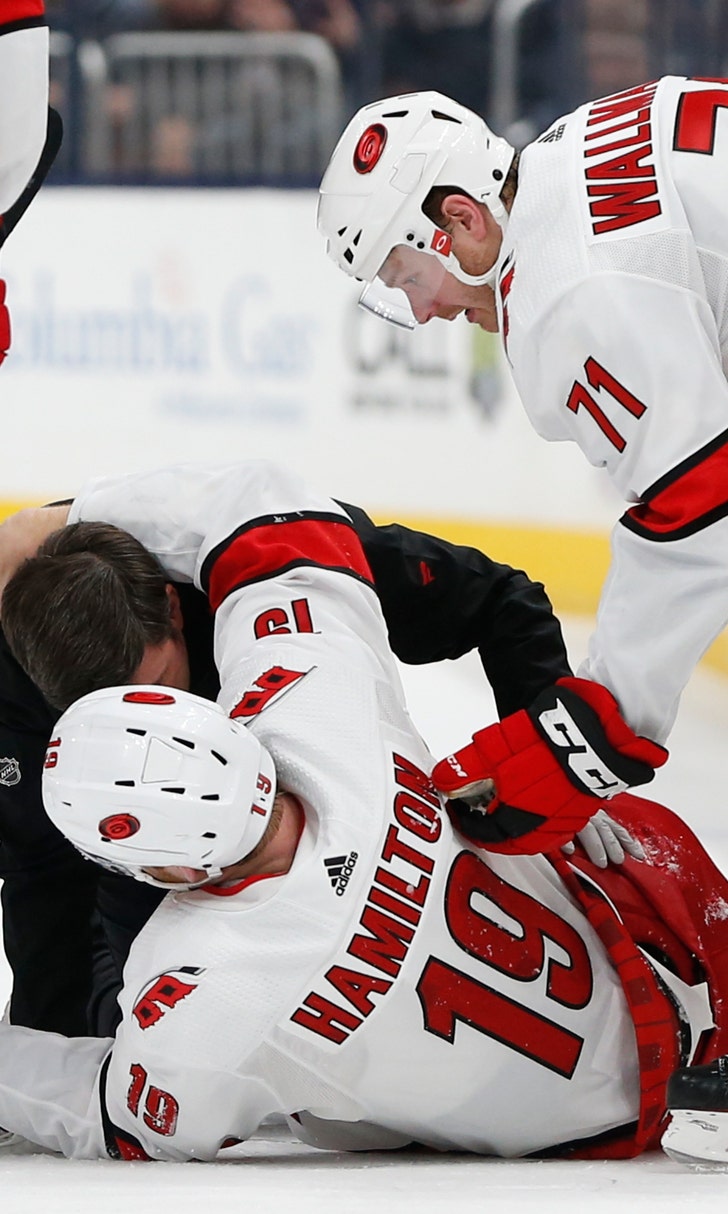 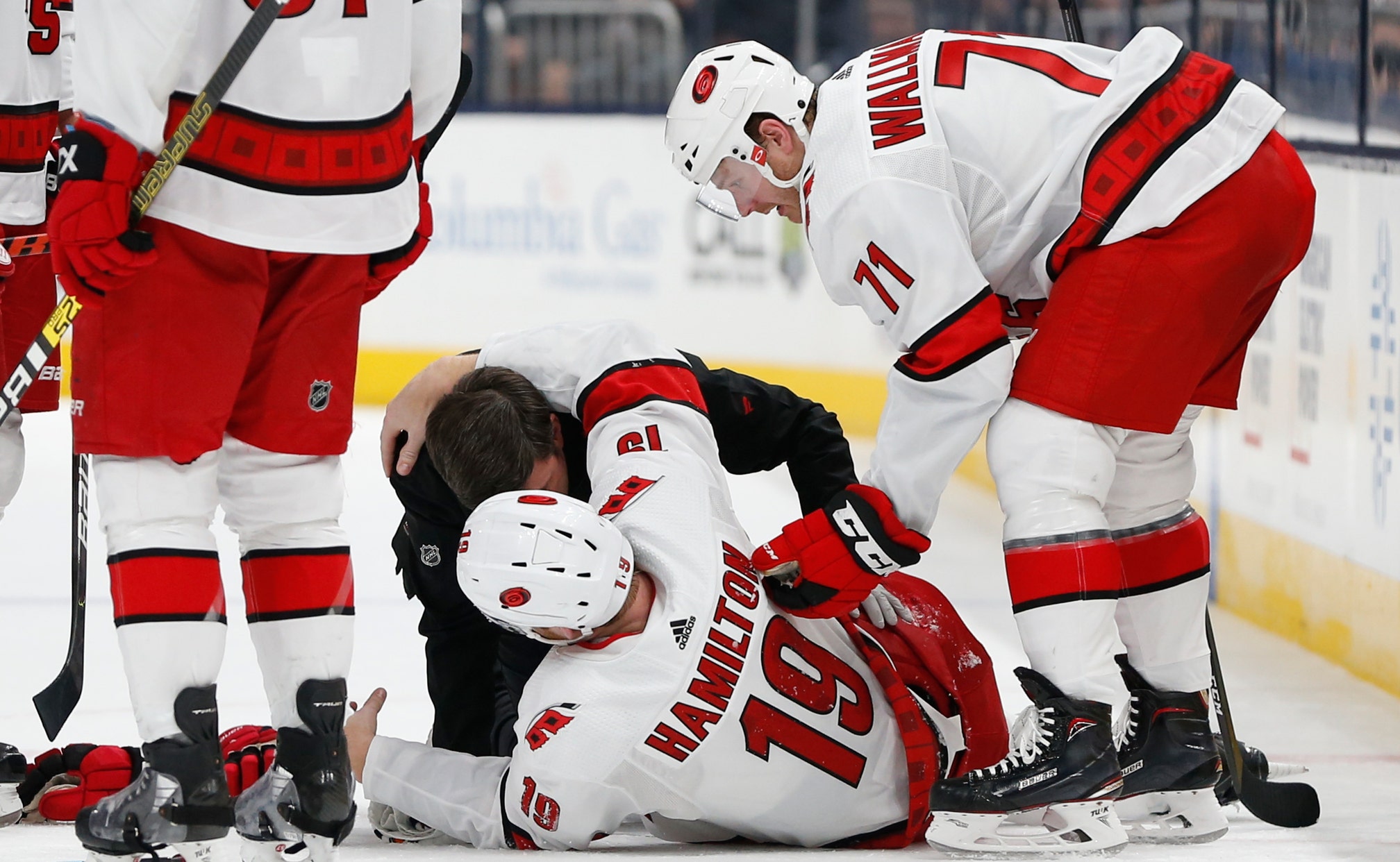 The team announced Friday that Hamilton broke his left fibula during a loss at Columbus on Thursday night and underwent surgery Friday.

Hamilton was hurt in the second period while chasing down a puck along the wall in the neutral zone when he was tangled up with Columbus’ Kevin Stenlund. He fell awkwardly with his leg bent underneath him and didn't return.

General manager Don Waddell said Hamilton had surgery to repair the broken fibula performed by Dr. Kevin Logel at Raleigh Orthapedic. No time frame was given for the 26-year-old's return to play.

Hamilton had 14 goals and 26 assists through 47 games this season. That ranked tied for second in goals and fourth in points (40) for all NHL defensemen. He was a week away from attending his first NHL All-Star Weekend in St. Louis.