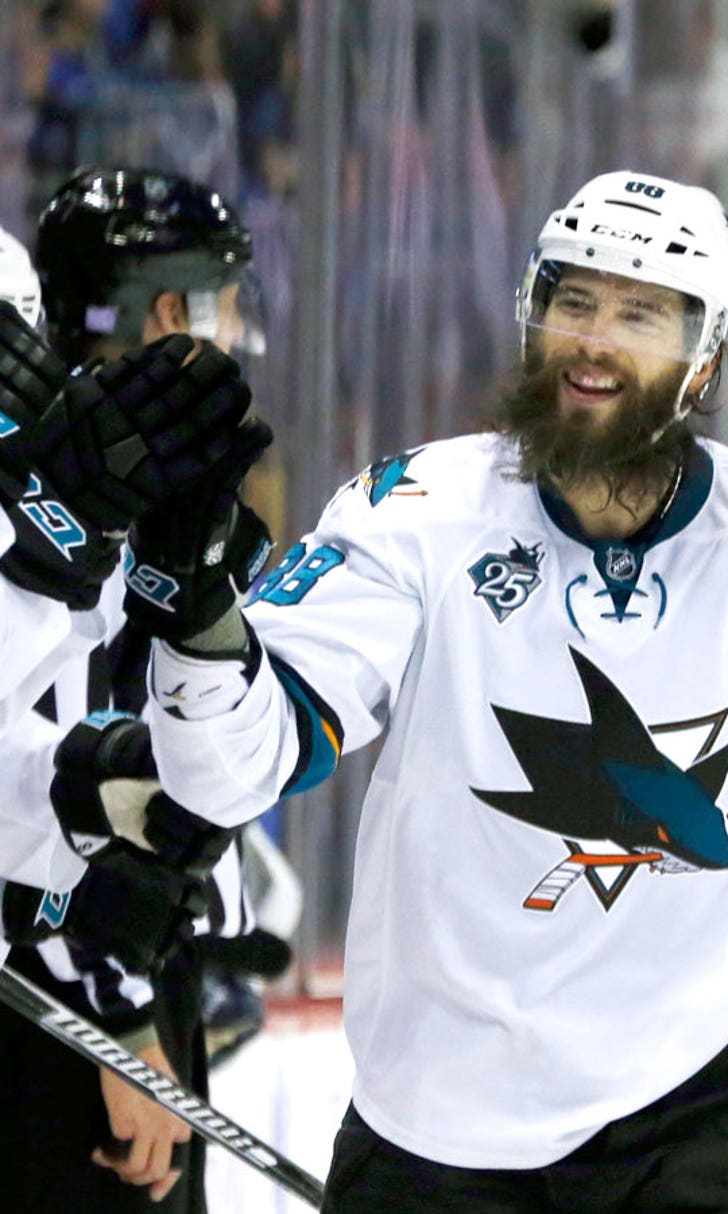 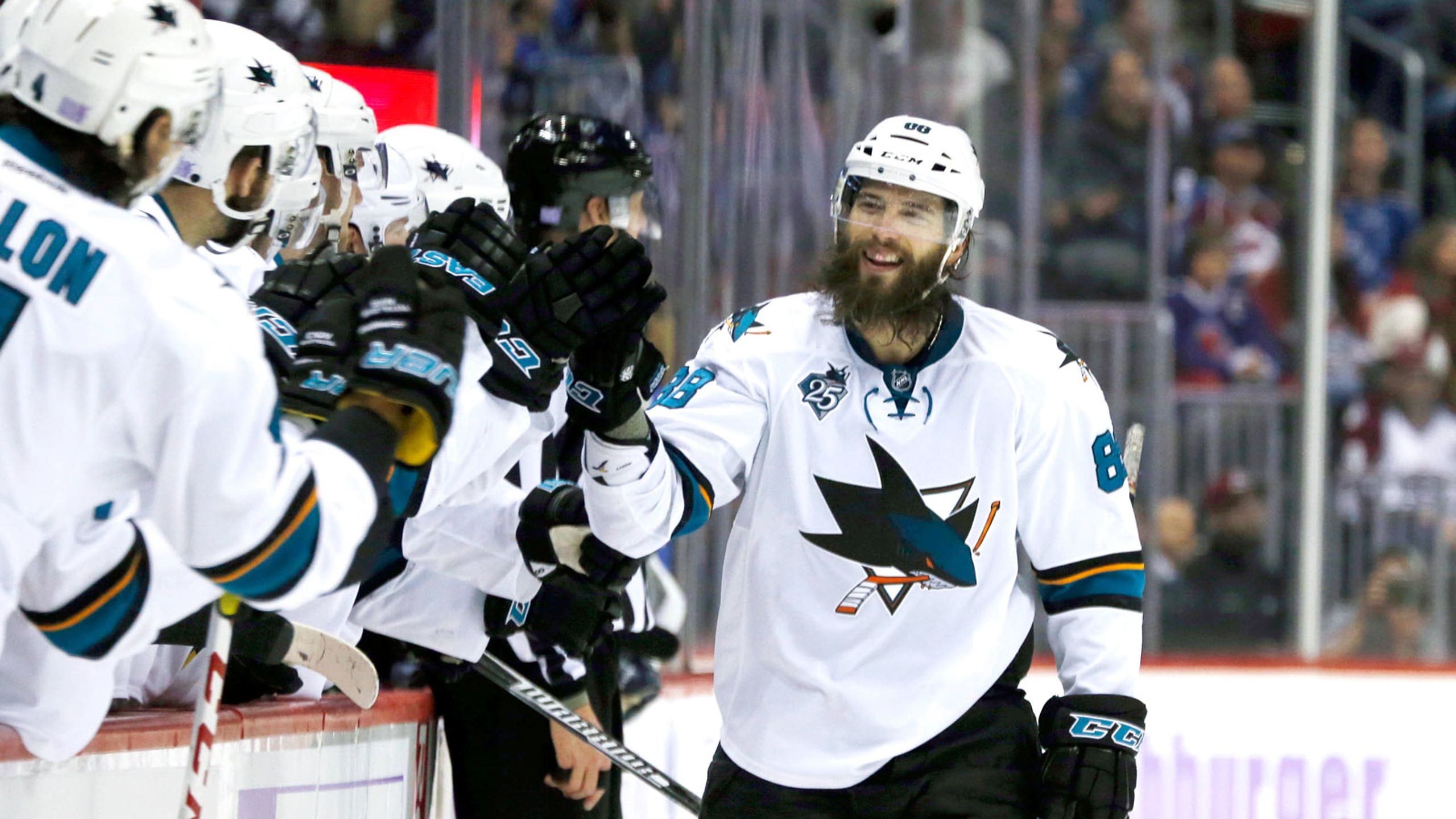 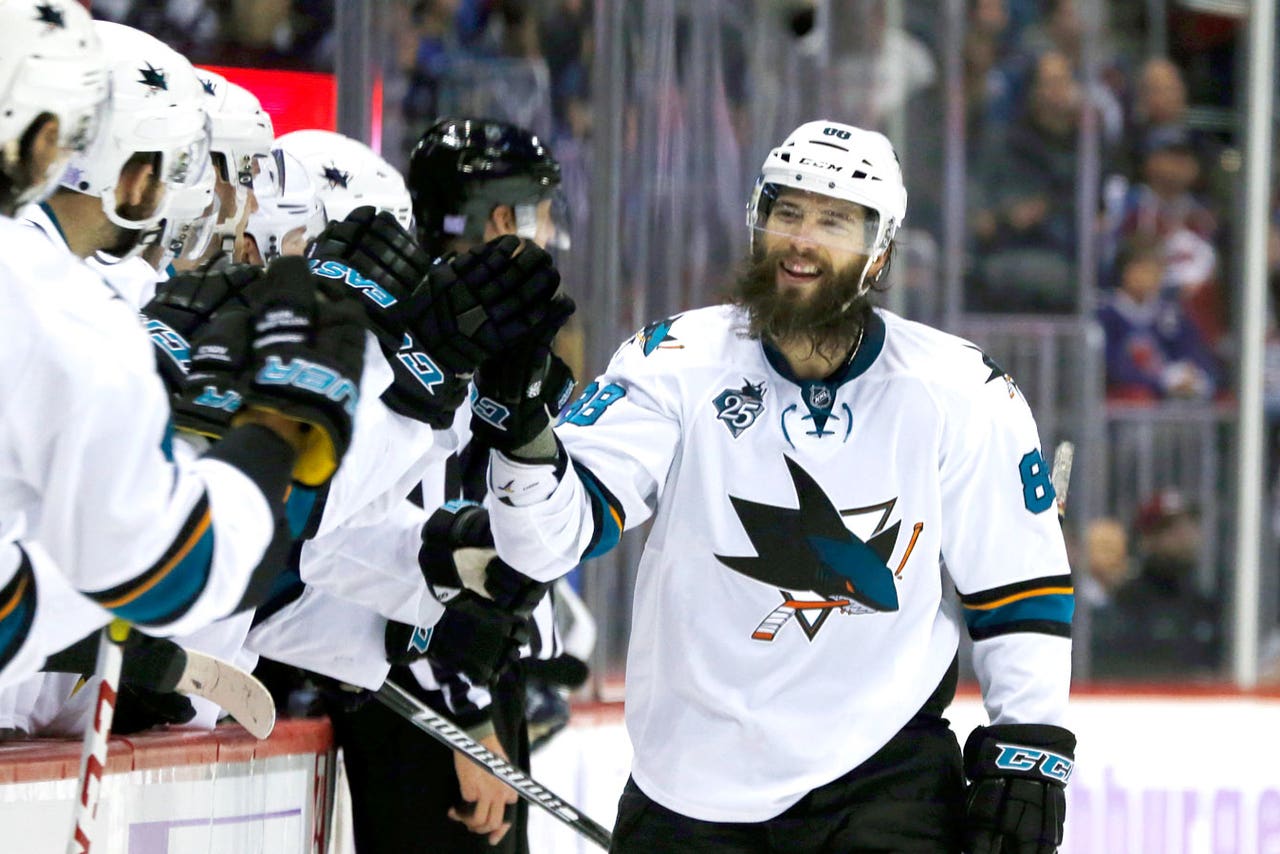 DENVER -- A day after a tough loss in Dallas, the San Jose Sharks weren't going to let another game get away from them in the third period.

Brent Burns made sure of it.

Burns broke a tie with 1:39 left and the Sharks beat the Colorado Avalanche 4-3 on Sunday.

"It's never easy with our group, but we found a way," San Jose coach Peter DeBoer said. "A big two points, as big as two points can get 10 games into the season. We needed them. We had done enough to be close but not enough to earn a win."

Burns made it 3-2 when he came down the right boards and sent a snap shot through traffic and past goalie Semyon Varlamov. The goal was upheld under review.

Center Patrick Marleau had two assists, including one on Burns' winner, to move within four points of 1,000 for his career.

"Patty made a great play delaying, created some space," Burns said. "Their guys all just kind of collapsed down and I was able to jump in and I just kind of shot it on net."

Burns also had a short-handed goal in the second period, Joe Pavelski and Joel Ward added goals, and Martin Jones stopped 23 shots. Coming off a 5-3 loss in Dallas on Saturday, the Sharks won for the second time in seven games to improve to 6-5-0.

"We've dropped a lot of games lately," Marleau said. "We've had some good efforts, some not so good efforts. Tonight we came out with pretty good effort and found a way to get those two points."

Pavelski had an empty-net goal 19 seconds after Burns' second goal, and Colorado made it a one-goal game on Dennis Everberg's shot with 1:05 left. The Avalanche pulled Varlamov for the final 1:05 seconds, but couldn't get the equalizer.

Jarome Iginla and Francios Beauchemin also scored for Colorado. The Avalanche are 1-4-1 at home and 3-7-1 overall. They were close to reaching overtime and earning at least a point Sunday, but confusion on defensive coverage helped San Jose win it regulation.

"They took advantage of a bad line change and bad positioning in our (defensive) zone and they scored that winning goal," coach Patrick Roy said. "Both teams played hard. It's just a frustrating situation right now. We do a lot of good things out there and we just can't get rewarded."

The Avalanche got off to a quick start with Iginla's fourth goal of the season at 5:17 of the first period. It was Colorado's second power-play goal in the last six games and Iginla's 593rd career goal.

"We've struggled lately to score goals on the power play. Finally, we did some good things today," Beauchemin said. "Five-on-five, we just couldn't generate much. The difference is really small but it's right there for us."

The lead didn't last long. Iginla's turnover along the boards led to Ward's goal 1:43 later. It was Ward's seventh goal of the season, all in the last six games.

Colorado had a chance to take the lead midway through the second when it went on the power play, but San Jose struck instead. Burns' shot from the right boards went under Matt Duchene's right arm and past Varlamov at 12:03 of the period. The Avalanche tied it 21 seconds later when Beauchemin knocked in Gabriel Landeskog's shot for his first goal of the season.