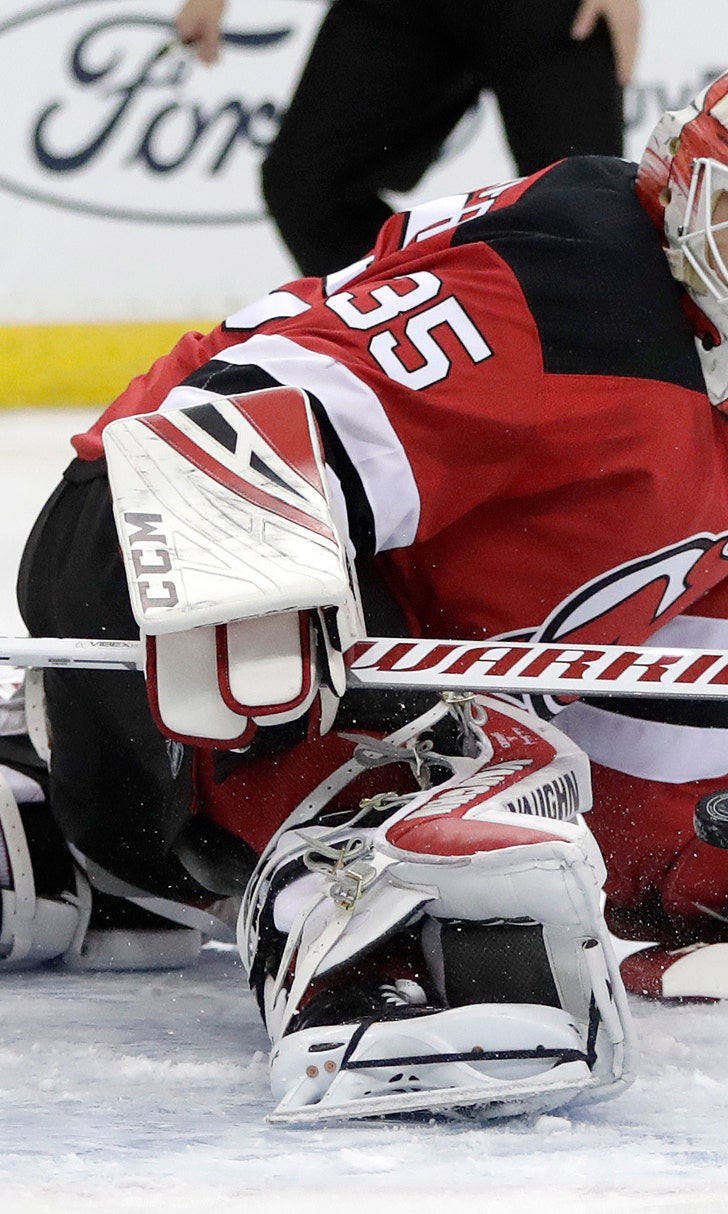 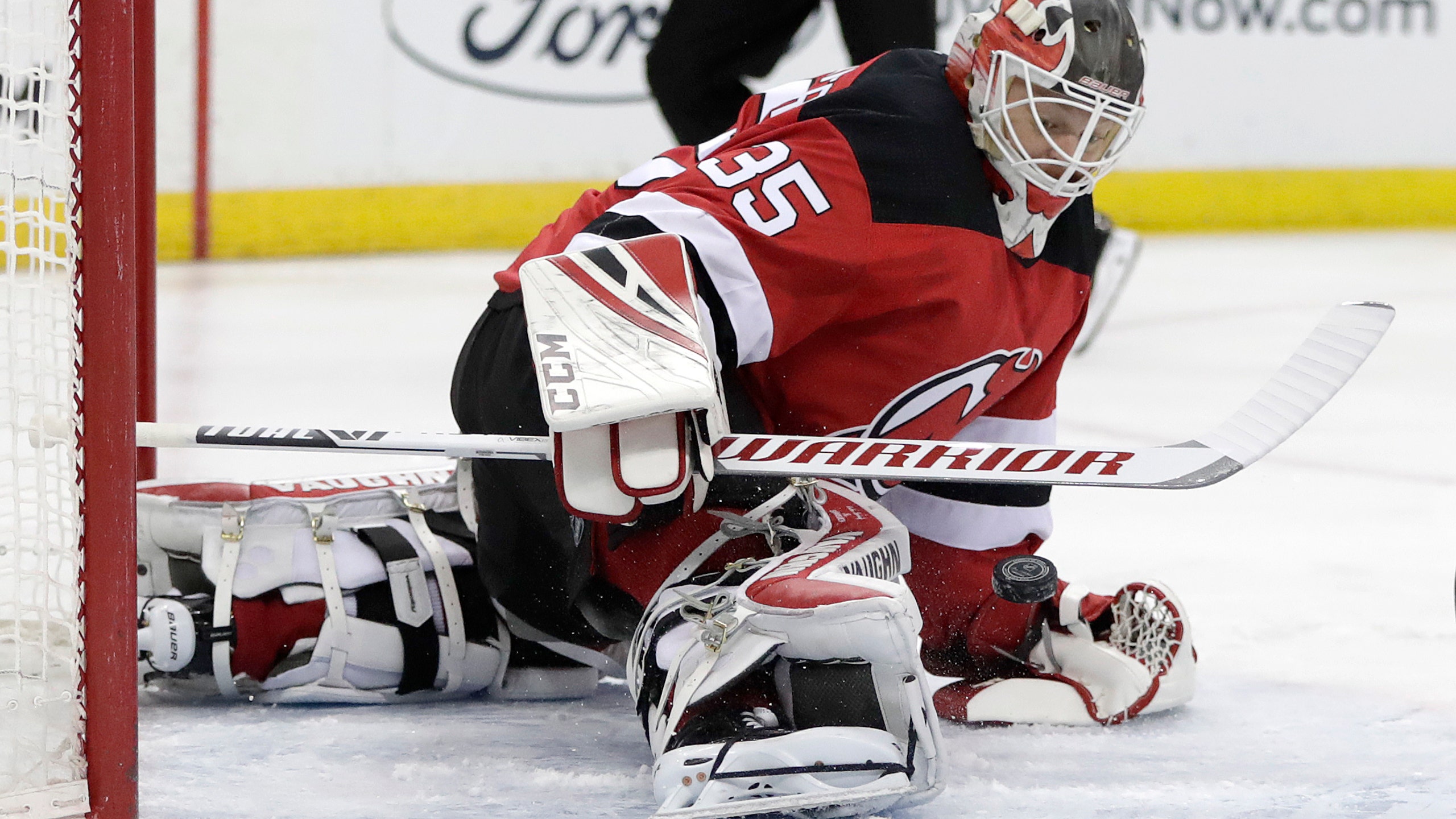 NEWARK, N.J. (AP) — The New York Islanders have been getting great goaltending from Thomas Greiss and Robin Lehner lately and they really needed it the way Cory Schneider played for the New Jersey Devils in his first game in nearly two months.

Josh Bailey scored in the fourth round of the shootout, Greiss made 30 saves and the Islanders beat the Devils 2-1 on Thursday night to sweep the four-game season series.

"I think going into the game it already gives you an edge even before the puck even drops having that confidence in your goaltender and tonight was no different," Bailey said. "(Greiss) was there when we needed him most and he made some really key saves, some timely saves and difficult saves. He's the first star for us tonight, for sure."

Mathew Barzal scored in regulation to help New York win for the seventh time in 10 games (7-1-2), but Schneider was outstanding in defeat, stopping 27 shots.

"We've had some great goaltending battles," Islanders coach Barry Trotz said. "I mean you look at the games in the last little while and the goalies have been great. Our goalies have been good, the opposing goalie has been good. This time of the year, so many overtimes. Every one ramps it up to a different level this time of year."

Schneider, who has been sidelined since Dec. 17 with an abdominal injury, played his best game of the season. He had only appeared in nine previous games and was 0-5-1. His last win was in December 2017.

"It's nice to feel good and play well and feel like you think you should," Schneider said. "But like I said, it's just one game. It's all about moving forward. I want to stay in the moment and not say I had one good game, it's going to happen automatically. You have to keep at it and keep digging and working. Hopefully, I can get on a roll and get into a rhythm like I have done here in my career and kind of re-establish my game."

Greiss only had to stop two shots in the shootout. Kyle Palmieri and Nico Hischier missed the net on the first two chances. Drew Stafford and Jesper Bratt forced him to make saves.

Jordan Eberle hit the crossbar on New York's first attempt. Barzal never got a shot off and Schneider got a piece of Brock Nelson's shot.

Bailey converted over Schneider's shoulder with a forehand.

"I just wanted to see what he would give me and I was able to catch him on the blocker side," Bailey said after New York improved to 17-4-2 since Dec. 15.

Kevin Rooney scored at 5:32 to give the Devils a 1-0 lead. It was his second career tally.

Barzal tied it on a breakaway seconds after serving a coincidental penalty that had the teams playing 4-on-4. He took a stretch pass from defenseman Ryan Pulock and beat Schneider with a backhander at 13:42 of the first period to tie the game, which then became a goaltending show.

In the overtime, Schneider made a good glove save on Bailey with 3:17 to go, and Bratt hit a post for New Jersey about 30 seconds later.

Both goaltenders made big saves in the closing minutes to force the overtime. Greiss stopped Stafford on a shot from between the circles late in a power play, and Schneider made two key stops late, including a last-second one on a bad-angle shot by Barzal.

NOTES: Devils D Ben Lovejoy returned after missing six games with an upper-body injury. ... The game was the Devils' first since trading popular C Brian Boyle to Nashville, a sign of deals to come. ... NHL MVP Taylor Hall missed his 18th straight game for New Jersey because of a lower-body injury. .. There was roughly a two-minute delay late in the second period when Greiss' mask was damaged by Palmieri's power-play shot.