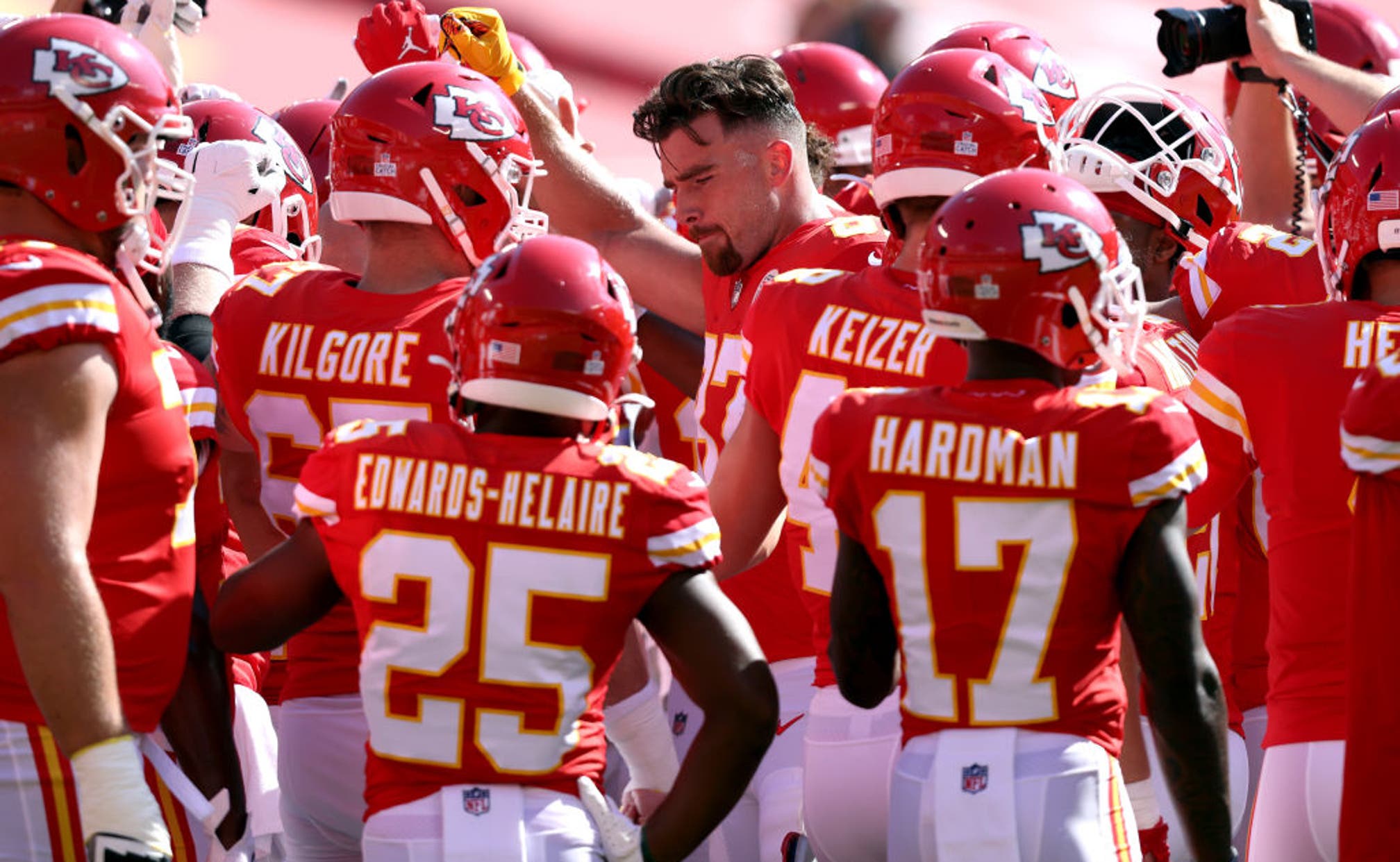 Nick Wright was so unhappy with this week's version of Colin Cowherd's Herd Hierarchy that he took ranking NFL teams into his own hands.

For the first time ever, First Things First co-host Wright presents the Wright Tiers, with the season entering Week 7.

Nick's Take: "At the bottom, in a tier all by themselves, the Jets. We don't need to talk about them anymore. They're the Jets."

The Jets remain the only team in the NFL without a win, sitting at 0-6. Their point differential on the season is -110, with their six losses coming by an average of 18.3 points per game.

Nick's Take: "It's just the NFC East. That division as a whole."

The Dallas Cowboys currently sit at 2-4 and are atop the NFC East, a testament to the struggles the division is having this season. Every other division in the NFL has at least two teams at or above .500, and in total, through six weeks, the four NFC East teams have recorded 18 losses combined.

The Eagles are the only squad to earn a win on the road, and the division is the only one in the NFL in which all four teams have a negative point differential on the season.

The Texans (1-5) finished the 2019 regular season at 10-6 and won the AFC South for the fourth time in five years. They went on to defeat the Buffalo Bills in overtime in the Wild Card round, before falling to the eventual Super Bowl champion Kansas City Chiefs in the divisional round. However, so far, the 2020 season has been a disaster, and the Texans fired head coach and general manager Bill O'Brien earlier this month.

The Vikings (1-5) were literally the Texans' equal in 2019, going 10-6, winning the NFC North, and winning a game in the playoffs, a Wild Card victory over the Saints. They would come up short against the NFC champion San Francisco 49ers in the divisional round, and this season, Kirk Cousins has been abysmal, currently leading the league with 10 interceptions.

Nick's Take: "These are intriguing teams, but they're not real playoff contenders ... The Rams are 4-2 [but] all four of their wins came against that second-to-last tier, the NFC East, so do they even count? San Francisco is too banged up, and I have questions about the Cardinals and Panthers being a year away."

The Rams are indeed a unique case. Their two losses came at the hands of Buffalo – albeit a narrow, three-point defeat on the road – and San Franciso, an in-division foe who is 4-0 against Los Angeles with Kyle Shanahan at the helm.

San Francisco, despite its win over LA, has suffered bad losses to the Eagles and Dolphins, and two of their wins have come against the Jets and Giants.

Nick's Take: "Each of those five teams there has a fatal flaw. In Tampa, in Cleveland, it's about the fact that their quarterbacks melt when pressured this year. In Chicago, Nick Foles, I know that once upon a time he did win a Super Bowl ... but they're not gonna threaten anyone. The Raiders are a good story, but they cap out at about nine or 10 wins, and the Bills got exposed for what they are."

No player has faced more scrutiny in the past week than Browns quarterback Baker Mayfield. Even though Cleveland sits at 4-2, Mayfield had a rough outing against a dominant Pittsburgh defense on Sunday, finishing the day with 119 passing yards, one touchdown and two picks in a 38-7 loss.

Tom Brady's Buccaneers also sit at 4-2, but they are coming off of a huge 38-10 demolition of the 5-1 Green Bay Packers, led by a vintage performance from TB12.

Nick's Take: "Green Bay – you're worried about their offensive line after what we saw [against Tampa Bay] but we know how good they are. Tennessee – we have to respect what they've done since [Ryan Tannehill] took over. New Orleans – little concerned about Drew Brees aging but I'm gonna give them the respect they've earned over the last couple years. The Patriots ... if they make the playoffs, Bill Belichick has such a decided advantage and Cam [Newton] will be fully immersed in the offense by then."

Green Bay might be good, but they didn't look it on Sunday, when Aaron Rodgers threw multiple picks in a game for the first time since Dec. 12, 2017.

Nick's Take: "Seattle – statistically the best offense in football but defense is terrible. Pittsburgh – I think the most complete team in the NFL so far this year. Baltimore has only lost three regular season games in the last two years."

Russell Wilson has never received an MVP in his career, but that will change this year. He leads the league in touchdown passes (19) and quarterback rating (129.8), and he's completing 72.8 percent of his passes, good for second in the NFL. In addition, Seattle is 5-0.

And of course, Madden NFL 21 couldn't ignore Wilson's success, even if MVP voters have.

Nick's Take: "And then there's the champs."

In order to be the champs, you gotta beat the champs.

Check out the Wright Tiers in their entirety below:

The Story Of America's Team
Jimmy Johnson and Troy Aikman reflect on their Dallas dynasty ahead of the Cowboys' annual Thanksgiving Day game.
4 hours ago

Feasting On Wins In Week 12
From a Turkey Day teaser to all the wagers a bettor could want, Geoff Schwartz makes his picks for Week 12.
4 hours ago

Herd Hierarchy: Week 12
It's a bloodbath in the latest "Herd Hierarchy," where Cowherd has tossed out four top 10 teams from last week.
17 hours ago