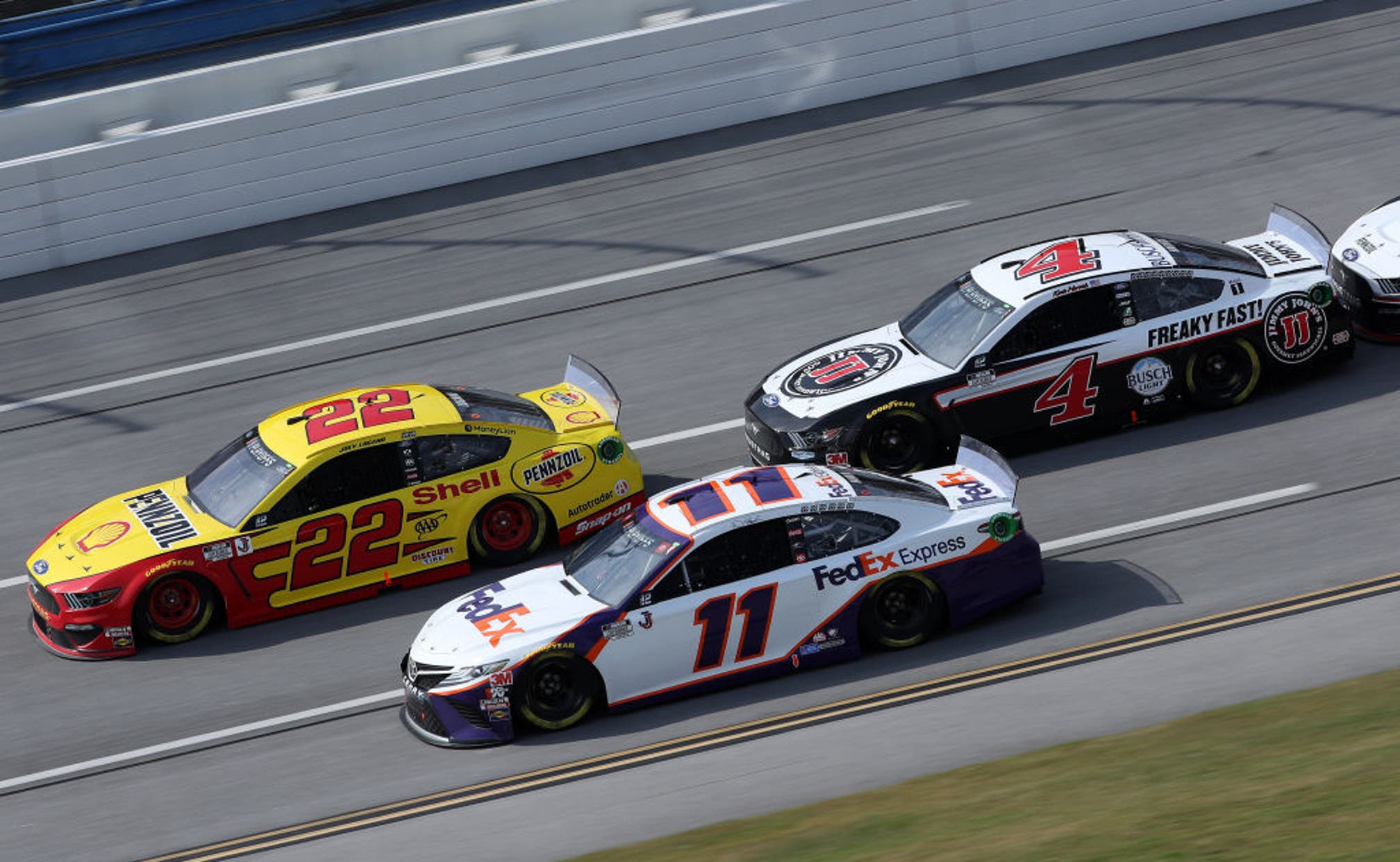 NASCAR has sliced its championship-eligible drivers from 16 at the start of the playoffs to eight who still have a shot at the big prize.

With the pressure on over the next three races, here are the biggest questions facing each driver in this round, which will end with four drivers eligible for the championship Nov. 8 at Phoenix Raceway.

Kevin Harvick: Should he be worried after a lackluster second round?

Harvick, the top seed with nine wins in 32 races this year, recorded a NASCAR-best 143 points in the first round but had only 80 in the second round, the second-fewest among the eight drivers to advance.

After the race Sunday at the Charlotte road course (dubbed the Roval), Harvick said his team has to have a better third round.

The biggest concern could be being a little off at Las Vegas three weeks ago, but Harvick didn’t seem too concerned. When asked if there’s any reason to think he wouldn’t have a better round, Harvick replied: “No.”

“These race tracks are right up our alley,” Harvick said. “Especially the first two ... races, they’re definitely right in our wheelhouse.”

Denny Hamlin: Is this the year?

The Joe Gibbs Racing driver has seven wins this year and knows if he doesn’t get at least to the championship race at Phoenix, it is going to be a disappointment.

“Getting to Phoenix, that's kind of what dictates a good year, a successful year vs. a non‑successful year for us,” Hamlin said. “It's not necessarily winning the championship, because anything can happen in one race. If you get there, that means you had a really good season.”

Brad Keselowski: Is Keselowski consistent enough to win the title?

Keselowski has four victories this year, including a win at Richmond in the opening round of the playoffs. But that Richmond win is his only top-10 finish in the six playoff races this year.

The victories and several stage wins during the season make him the third seed entering this round, but he is coming off of finishes of 34th, 13th, 18th and 18th. Those aren’t really championship-caliber finishes, but he hasn’t needed them to advance thanks to his playoff points.

“We’ll move on to hopefully four good race weeks for us,” Keselowski said.

The 2012 champion is making his fourth semifinal round appearance but just his second in the last five years.

Chase Elliott: Is this the year he gets to the championship race?

While Hamlin has the question about winning the title, Elliott has the question of making it to the championship race. Other than Joey Logano, it typically has been veterans in their 30s who make it through the three elimination rounds.

Elliott, 24, is making his fourth consecutive appearance in what is NASCAR’s version of the semifinal round.

“We see the same people make the final four every year,” Elliott said. “We've been very close to asserting ourselves amongst that group. I think we're very capable of it. When we're at our best, we run with those guys.

“We've proved that in the past. We just have to be a little more consistent, eliminate those bad racetracks, I think we can make some noise.”

Joey Logano: Can he regain the magic on the intermediate tracks?

Logano won at the first intermediate track (1.5-2 miles) of the season at Las Vegas, but has just five top-10s in the 11 races at those tracks since that initial victory. At these tracks, NASCAR uses engines with a target of 550 horsepower and a high-downforce aerodynamic package.

“It just took a little bit for [crew chief] Paul [Wolfe] and I to understand what makes the car tick, right? What makes it tick with me? Without practice, that's really hard to do.”

Truex did win at Martinsville earlier this year, but this team has been the epitome of running well but not closing the deal.

The Joe Gibbs Racing driver has four second-place and six third-place finishes this year. In 22 of 32 races, he has finished in the top-five in at least one of the opening two stages. He has led 768 laps – last year at this time, he had led 804 laps and won six times.

“I feel like we are right there on the cusp of winning a couple in a row,” Truex said. “I think we are ready to roll ... It’s that time of the year that we need to win.

“We need to make something big happen, and I think that we are ready to make it happen.”

Bowman is the only driver in the semifinal round who has never been this deep into the playoffs still with a shot to win the title.

“Every week going to the race track with Hendrick Motorsports is an opportunity to win,” Bowman said. “Kansas and Texas are going to be our best shots at it for sure.

“It's probably going to take a win to make the Round of 4 [championship]. Just going to go all in and do everything we can to make that happen.”

Kurt Busch: Can he win a championship 16 years after his first one?

Busch won his first title in 2004. If he wins in 2020, it would be the longest time a driver has gone between championships.

The 42-year-old driver with 32 career wins has finished top-five in the standings once (but top-10 eight times) since his championship season.

“Just being older and wiser, and still having that passion and that drive to adapt to the new technology and the new ways of winning, that’s something that my father instilled in me, that work ethic, from a young age,” Busch said.

“The one thing that I try to explain to all the younger racers -- an extra 100,000 people on Twitter isn’t going to make you stick around longer. Performance on the race track is really the bread and butter of what we do.” – Kevin Harvick