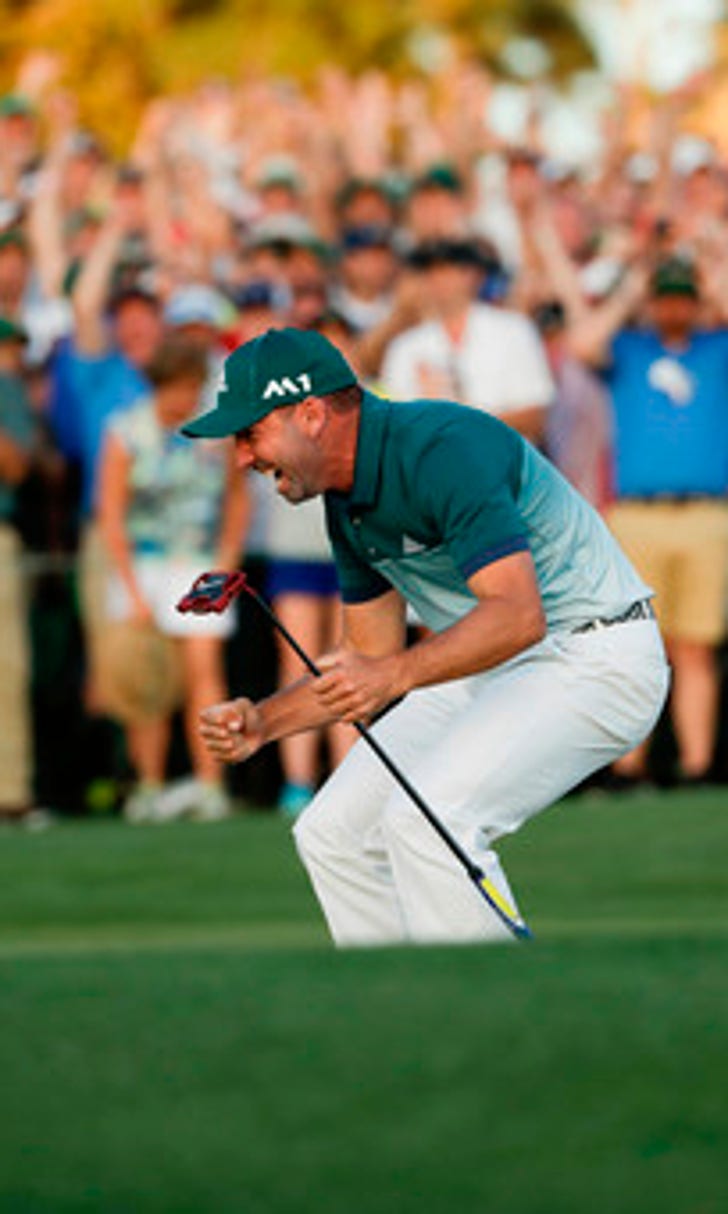 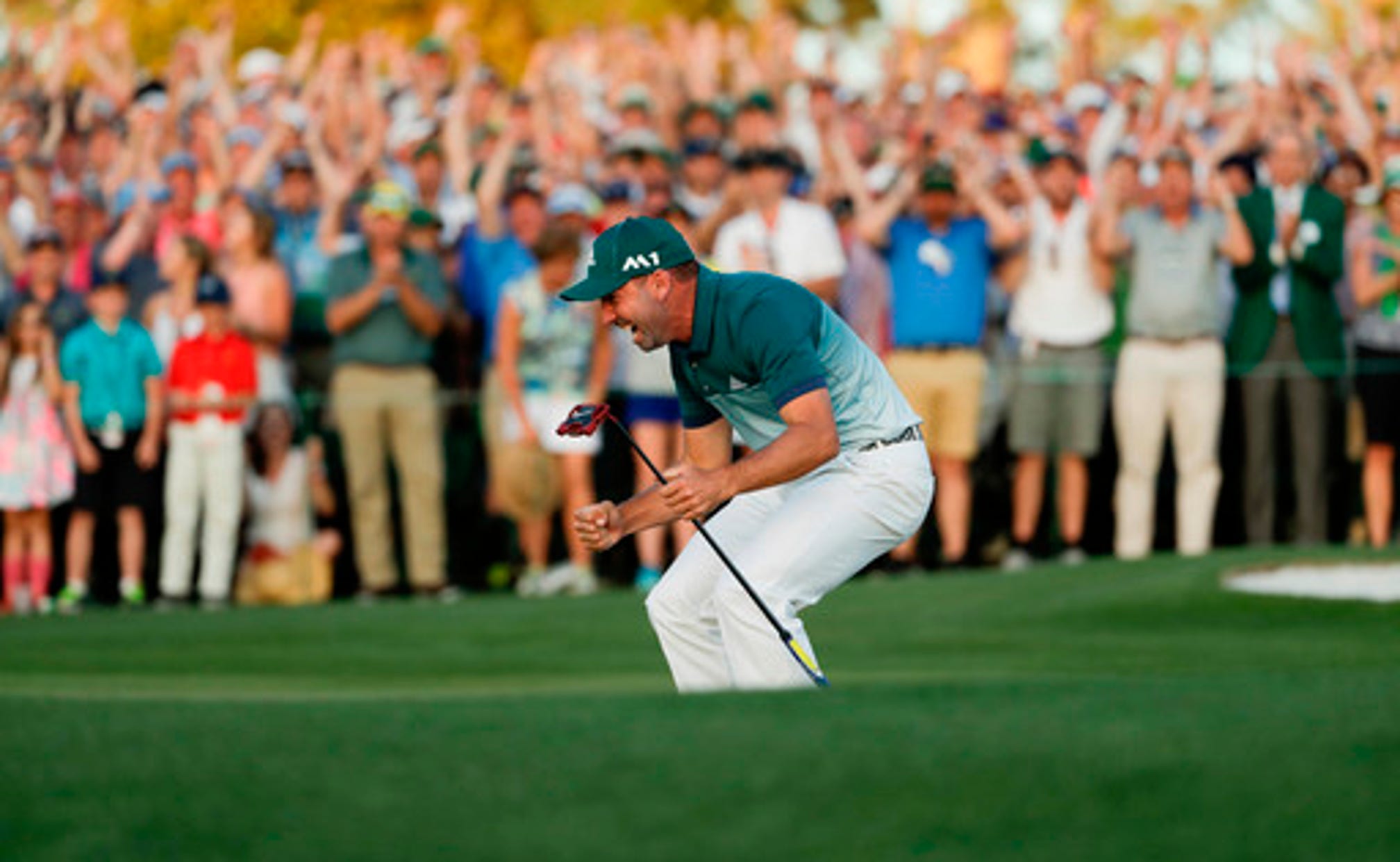 A capsule look at 15 top contenders for the Masters, which starts April 5 at Augusta National Golf Club:

Masters moment: Slipping down the stairs and wrenching his back on the eve of the Masters, leading him to withdraw as the No. 1 player and heavy favorite in 2017.

Backspin: He doesn't have nearly the momentum he had last year when he was coming off three straight victories. But he hasn't been awful, either, except for his 0-3 mark at Match Play. He won Kapalua and was runner-up at Pebble Beach. He figured out how to play the course two years ago when he contended for the first time.

Masters moment: Hooking a gap wedge out of the trees on No. 10 to set up a par in a sudden-death playoff for his first Masters victory in 2012.

Backspin: Watson is healthy and happy, and the latter might be more important. He has never won twice going into the Masters, and he looked impressive in victories at Riviera and the Match Play. A good putting week is especially important for him.

Masters moment: Losing a four-shot lead in the final round of 2011 and shooting 80.

Backspin: This will be his fourth crack at trying to complete the career Grand Slam. He hasn't seriously contended at the Masters since he had a 4-shot lead after 54 holes in 2011. He won the Arnold Palmer Invitational three weeks before the Masters, which has given him a shot of confidence.

Masters moment: Setting or tying 20 records in his first Masters victory by 12 shots in 1997.

Backspin: Woods has missed the Masters three of the last four years because of back surgeries. The Masters is the only major in which he has never missed the cut, which is not on anyone's mind the way he has played this spring. All it took were three finishes in the top 12 for him to become the betting favorite in Las Vegas. If he were to win, the pursuit of Jack Nicklaus, who won 18 majors during his career, is back on.

Masters moment: Becoming the only player to reach 19 under at any point in the Masters in 2015. He wound up tying the 72-hole record held by Woods.

Backspin: Spieth is going through what might be the first slump of his career, mainly with his short game. His best finish this year is ninth at Kapalua and Riviera, and he has yet to finish closer than five shots of the lead. He'll find out what kind of magic the Masters holds for him. In four previous starts, he has been runner-up twice, won in 2015 and tied for 11th last year.

Masters moment: Leaping an estimated 13 inches into the air when he made an 18-foot birdie putt on the final hole for his first major.

Backspin: Mickelson has a history of playing Augusta National well at any age, though he has lost some of his consistency. In the last five years, he was runner-up to Jordan Spieth in 2015 but finished out of the top 20 the other four times. He has not broken 70 in a major since the final round of the 2016 PGA Championship.

Masters moment: Earning his first crystal by making eagle on the par-5 13th hole in the fourth round last year.

Backspin: He is playing as well as anyone, with a victory in the Honda Classic, a playoff loss in Mexico and a semifinal loss in the Match Play. His first two trips to the Masters have been ordinary. Thomas made the cut both times but has yet to break 70.

Backspin: Rose had three chances to really close out a victory last year when he missed putts on the 13th, 17th and 18th holes. It was his second runner-up finish in three years, so he knows the course. His long game is the envy of many. His success lies in making putts on the back nine Sunday.

Masters moment: Pounding his fist on the 18th green after making birdie to win in a playoff last year over Justin Rose for his first major.

Backspin: Garcia went 70 majors as a pro before winning his first major and hasn't finished in the top 20 since then. He returns to Augusta National as a father, with his wife having given birth to a daughter they named Azalea three weeks ago. Perhaps the confidence of winning will inspire him to another green jacket.

Masters moment: Being asked not to wear his cap backward at Augusta National his first year in 2011.

Backspin: Fowler has gone more than a year since his last victory, and he probably doesn't win enough in the first place. He has had two good chances at the Masters. He was two shots behind going into the final round in 2014 and shot 73. He was one shot behind last year and shot 76.

Masters moment: Losing a two-shot lead with three holes to play in 2013.

Backspin: Day's victory at Torrey Pines was enough to make him a factor at the Masters, where he was in the mix on Sunday in 2011 until Charl Schwartzel beat him with birdies, and in 2013 until Day beat himself with mistakes. He always felt Augusta National suited him. Key to Day is not falling too far behind after the opening round.

Masters moment: Being just three shots out of the lead going into the weekend at his first Masters.

Backspin: Rahm figures to be the next Spaniard in a green jacket, though he is not in as good a spot as he was a year ago. After his 75-77 weekend at Torrey Pines when he had a chance to go to No. 1, and the following week in Phoenix when he fell out of contention with a 72, he has not looked as sharp.

Masters moment: Holing a 40-foot putt in Mexico last year to secure his first trip to the Masters.

Backspin: Fleetwood had a rough debut last year when he shot rounds of 74-78 and was gone by the weekend. He has established himself as one of Europe's premier players with three victories in the last 15 months against strong competition on the European Tour.

Masters moment: Closing with a Sunday-best 67 in 2016 to tie for fourth as England occupied three of the top four spots on the leaderboard.

Backspin: He has five top 10s at the Masters, and in only one of those occasions had he won that year to help with his confidence. That's why his victory in the Valspar Championship was significant. Casey won't have many chances left, and this is one course he has played reasonably well.

Masters moment: Attended in 1999 with his wife, saw Jose Maria Olazabal and meant to place a bet on him but forgot (Olazabal won).

Backspin: He turns 42 on Thursday of the Masters. He has yet to record a top 10 in his 12 appearances at the Masters, but his putting has improved and that should have given him a chance anywhere. He had a pair of top 10s in the Middle East swing on the European Tour, and he finished fourth from the final group at Bay Hill.