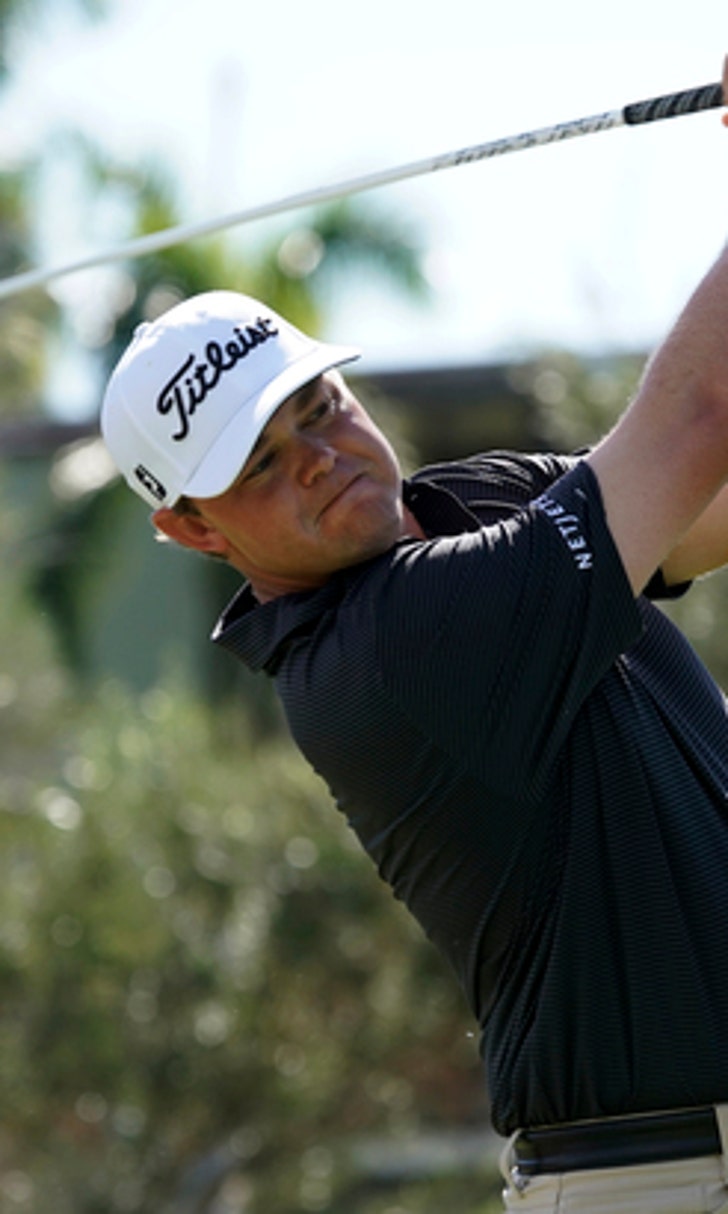 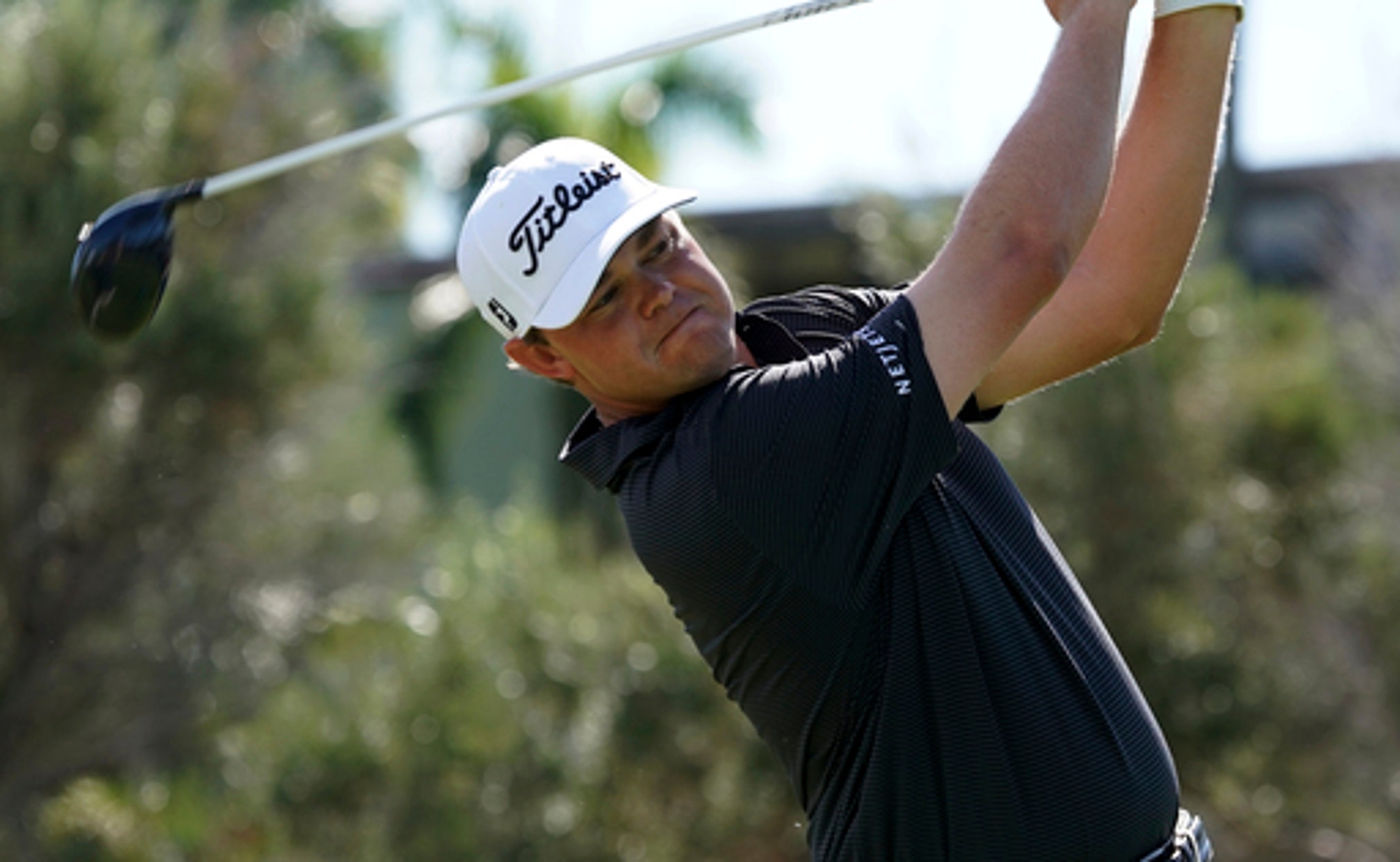 HONOLULU (AP) Patton Kizzire figured he was in for a long day when his putting stroke wasn't up to his standards.

He just wasn't expecting the Sony Open to go this long.

The longest playoff in more than five years on the PGA Tour finally ended Sunday when Kizzire two-putted for par from just off the green on the par-3 17th hole, and James Hahn's 8-foot putt to keep it going caught the right edge of the lip and spun away.

Kizzire, who closed with a 2-under 68, became the first multiple winner on the PGA Tour this season. He went head-to-head with Rickie Fowler and beat him by one shot in the OHL Classic in Mexico last fall for his first PGA Tour title. He was in a four-man battle on the back nine at Waialae that was whittled down to Kizzire and Hahn, who closed with a 62 to match him at 17-under 273.

And the fun was just getting started.

Kizzire had to watch three times as Hahn had a putt to win, two of those putts from 6 feet and 10 feet on the par-5 18th hole. Kizzire had two putts to win, though both of them were in the 30-foot range.

''That playoff was quite a marathon,'' Kizzire said.

Hahn has won both his PGA Tour title in playoffs, at Riviera and Quail Hollow. Closing with a 62 to even have a chance was no consolation.

''I played good enough to win, but I didn't,'' he said. ''So for me, no matter how many birdies I make, if I'm not coming out of the room with the trophy, it really feels like I was defeated out there. I had a putt to win it. I'm going to be playing that over and over and over again.''

The six-hole playoff was the longest on the PGA Tour in just over five years, and given how the week transpired, it was only fitting.

Saturday brought panic to the islands with a push alert of a ballistic missile strike that turned out to be a false alarm.

There was a real strike on Sunday - the audio and video production workers for Golf Channel walked out over a labor dispute, leaving the network scrambling to provide at least limited coverage of an event that ended in prime time after the NFL playoff games were over.

Golf Channel managed enough cameras to provide coverage of the final three holes - one of their on-course reporters manned a camera on the 16th tower - and all six holes of the playoff.

It was worth the wait for Kizzire. His goal is to get to East Lake for the FedEx Cup finale, and he is well on his way with two victories so early in the season.

''One win doesn't necessarily mean a whole lot,'' Kizzire said. ''Two means a little more, and three is even better. I'm always looking for the next one. I'm super excited right now.''

Missing from the playoff was Tom Hoge, who did everything right in his bid to win for the first time on the PGA Tour except for one swing. He had a one-shot lead when he was between clubs on the 16th hole, and opted to hit a draw to the back-left pin. He turned it too much and it found the bunker. His next shot got hung up in the shaggy rough, he chipped that to 12 feet and missed to make double bogey to slip one shot behind.

Hoge gave himself two good chances with putts of about 7 feet. Both burned the edge. He shot 70 and had to settle for third place, his best finish on the PGA Tour.

''This sets me up a lot better for the rest of the year, and hopefully made the FedEx Cup playoffs,'' said Hoge, a 28-year-old from North Dakota who hasn't kept his full card his previous three years on tour. ''More so just the confidence I had to play in the final group and play well today.''

Brian Harman, who played in the final group at both Hawaii events, was two shots behind after a tap-in birdie at No. 12. But he three-putted for bogey from long range on the 13th, took two shots to get out of the bunker left of the 16th green and had to settle for a 70. He tied for fourth.

Defending champion Justin Thomas closed with a 68 and tied for 14th. Jordan Spieth finished with eight straight pars for a 66 and tied for 18th, ending his streak of seven consecutive top 10s dating to the PGA Championship in August.