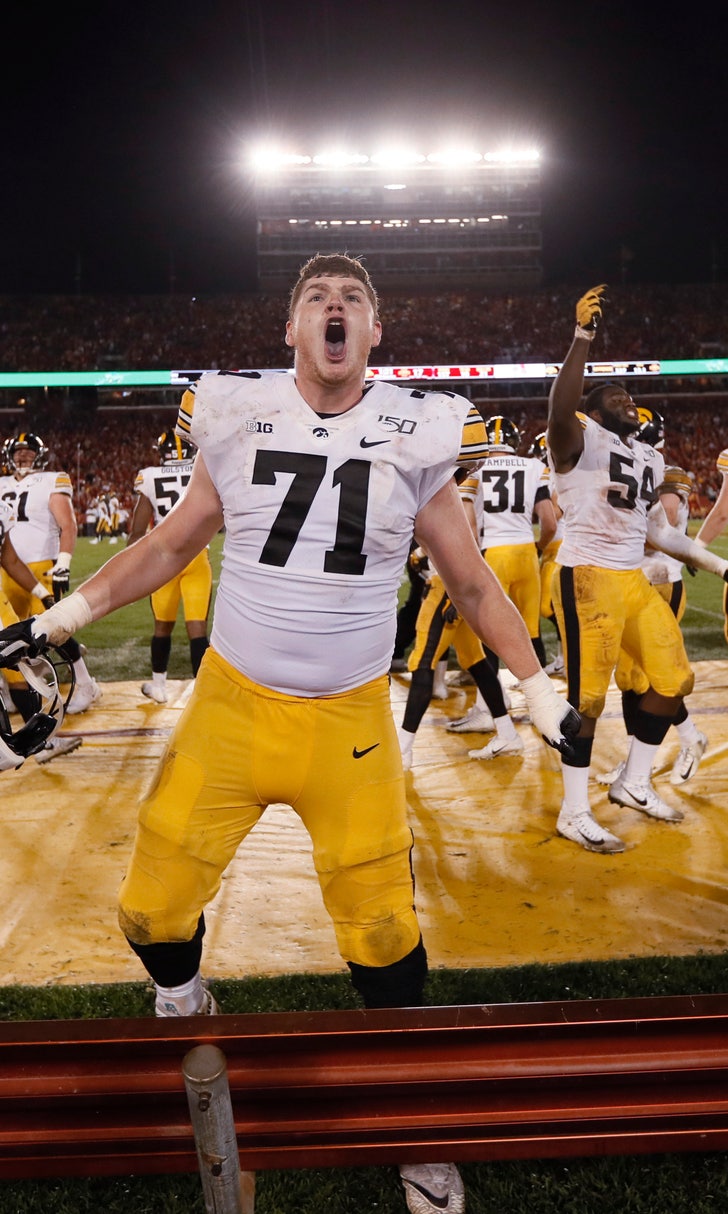 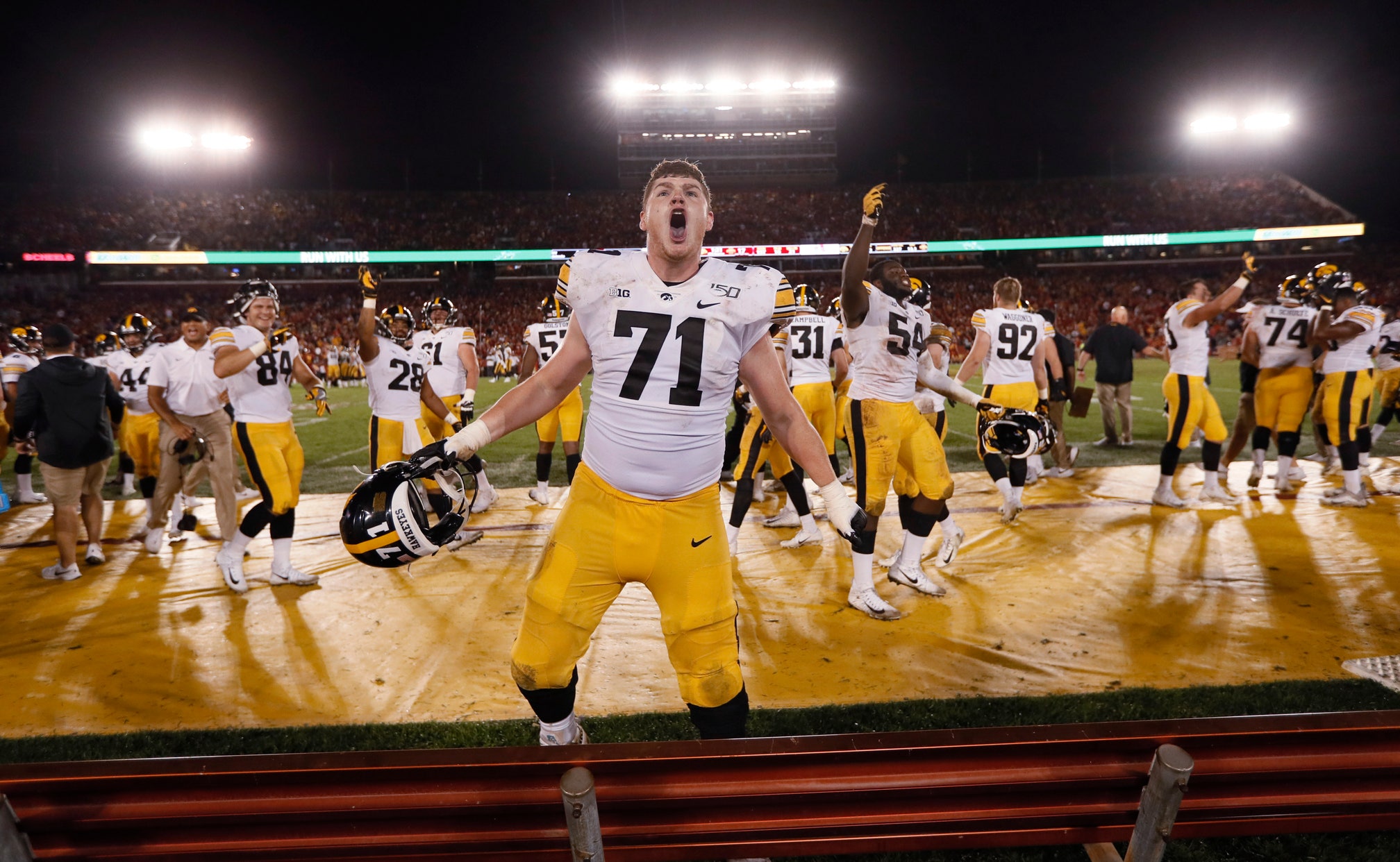 AMES, Iowa (AP) — Brock Purdy's 73-yard TD pass on the second play of the second half put Iowa State up 14-6 over Iowa. The Hawkeyes followed with a three-and-out, and a rain-soaked but resilient crowd could sense that the host Cyclones were on the verge of pulling away.

The Hawkeyes (3-0) didn't do anything spectacular to slow Iowa State's momentum on Saturday. Iowa simply made the plays it needed to make — something the Cyclones couldn't do when it mattered — and rallied for its first road win of the year.

Nate Stanley threw for 201 yards and ran for a touchdown, Keith Duncan kicked four field goals and the 18th-ranked Hawkeyes, keyed by a late stop on fourth down, held off the Cyclones 18-17.

Adding a pair of weather delays totaling three hours to a matchup between two evenly-matched rivals meant that the team that could execute in challenging conditions would have the upper hand.

That team turned out to be Iowa, which put together a performance that hints it might be equipped to handle its tough road schedule.

The Hawkeyes finished with just 313 yards, 105 fewer than the Cyclones (1-1), and they strung together three drives of 12 plays or longer that produced only nine points. But Iowa kept the ball out of Purdy's hands by limiting the Cyclones to just 25 minutes of possession, in part by converting on 10 of 19 third downs.

Stanley was crucial in that conversion success, which was highlighted by a bullet he threw to Ihmir Smith-Marsette between three defenders to convert on a third-and-22.

"He's more in control than he's ever been," Ferentz said of Stanley, who completed 22 of 35 passes and bullied his way through Iowa State for a 1-yard sneak that produced Iowa's only touchdown. "That's the value of having a quarterback who is a veteran."

And when drives sputtered out against a stout Iowa State defense, Duncan was there to salvage points. He's now 8 for 8 on field goals this season after being relegated to a backup role in 2017 and 2018.

Iowa's banged-up secondary, down a pair of starters, was burned on a pair of TD passes longer than 50 yards. But the defense as a whole was a strength for the third week in a row, forcing three straight misfires from Purdy on Iowa State's final drive.

The Hawkeyes gave up 14 first downs through the air. But Iowa State went just 3 of 9 on third down and got stopped by Iowa on its only fourth-down try late in the fourth quarter.

Defensive end A.J. Epenesa said that the Hawkeyes' defense was "sloppy" on Saturday, and at times he was right. Still, Iowa is allowing just 10.3 points a game, which is tied for 10th nationally with Ohio State.

The Hawkeyes also have to be encouraged by their overall persistence with trips to Michigan, Northwestern, Wisconsin and Nebraska left on the schedule.