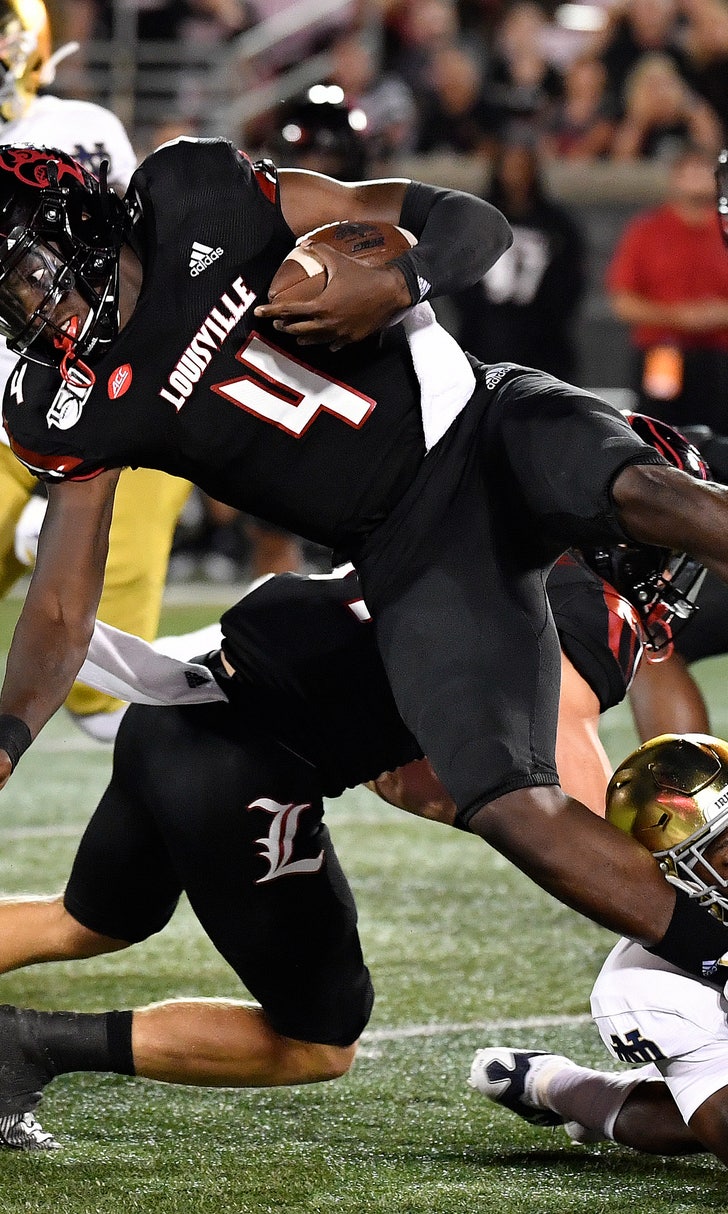 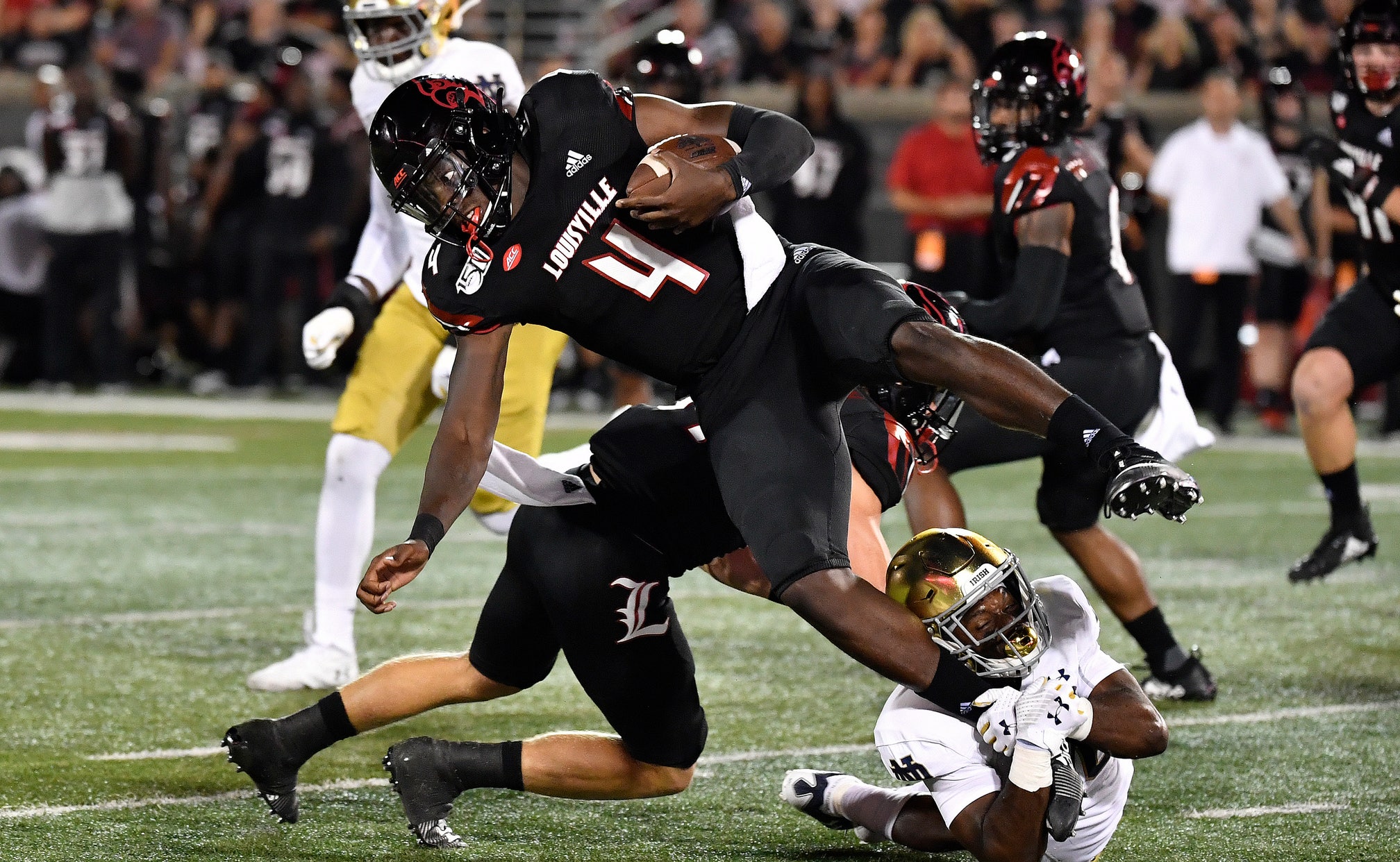 The Cardinals' goal is turning those positive vibes into Satterfield's first victory at Louisville when they host FCS Eastern Kentucky.

Louisville (0-1) came away encouraged about the challenging rebuilding process despite Monday night's 35-17 loss to No. 8 Notre Dame. Showing the effort that was missing last season helped the Cardinals meet several of the first-year coach's objectives. The Cardinals rushed for 249 yards to outgain the bigger Fighting Irish by 19 and even led early in a contest predicted to be a blowout.

Still, turnovers coupled with inconsistency on both sides of the ball show there's a long way to go, and they've been working to correct those flaws and building on what worked in the five-day turnaround.

"We were in the game until late in the game and that just gives the guys enough confidence," Satterfield said this week. "And that's what I like about it to say, 'hey, this is working, let's just keep on doing what we're doing and not change anything.

"We'll have several setbacks as we move forward, I'm sure. But we just have to stay consistent in our work ethic and how we approach each and every week."

The Colonels outgained Valpo 442-184, including a 333-68 advantage on the ground. The Ohio Valley Conference school also recovered two fumbles and had two sacks.

Encouraging as the performance was, fourth-year coach Mark Elder knows Louisville poses a bigger challenge even while rebuilding. Elder reviewed film of Satterfield's Appalachian State teams to prepare for a Cardinals squad that's similar to the Mountaineers in many ways.

"There are some new wrinkles and some things that they did a little bit different," Elder said. "They showed a little bit more than previously. We're going to have to make some adjustments, but we've got a pretty good idea of what they're going to do."

Some other things to watch as the Cardinals host the Colonels:

EKU sophomore running back Alonzo Booth had already run for two touchdown runs before capping his big day with an 86-yard, fourth-quarter score. He finished with 128 yards on seven carries and posted the program's longest run since Bobby Washington's school-record 99-yard TD run in 2007.

Louisville aims to improve exchanges and ball carrying after fumbling five times against Notre Dame. Junior quarterback Jawon Pass lost three of them, with one leading to the go-ahead TD just before halftime.

Close losses last season against Marshall (32-16) and Bowling Green (42-35) continued EKU's recent trend of strong play against FBS schools. The Colonels beat Miami (Ohio) 17-10 in 2014 and took nearby Kentucky to overtime before losing 34-27 in 2017. Louisville blew them out 44-7 in the last series meeting in 2013, but EKU played them tough in a 23-13 loss three years before. The Cardinals are EKU's lone FBS opponent this season.

Javian Hawkins rushed for 122 yards on 19 carries to become Louisville's first freshman to gain 100 yards against a FBS opponent since Darius Ashley (164) did it in 2009 against West Virginia. Hawkins' explosiveness keyed an attack that included contributions by Pass (16 carries, 67 yards) and Hassan Hall (11 for 69). Most important, he might provide the featured back the Cardinals have lacked in recent seasons.