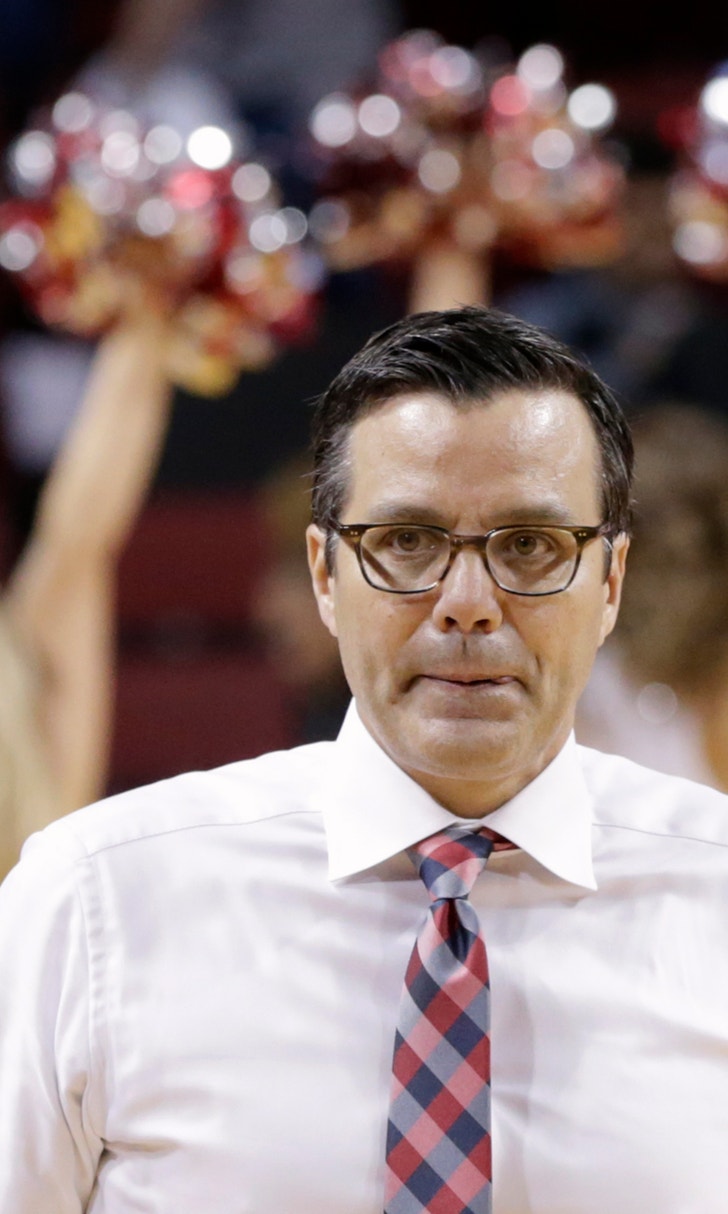 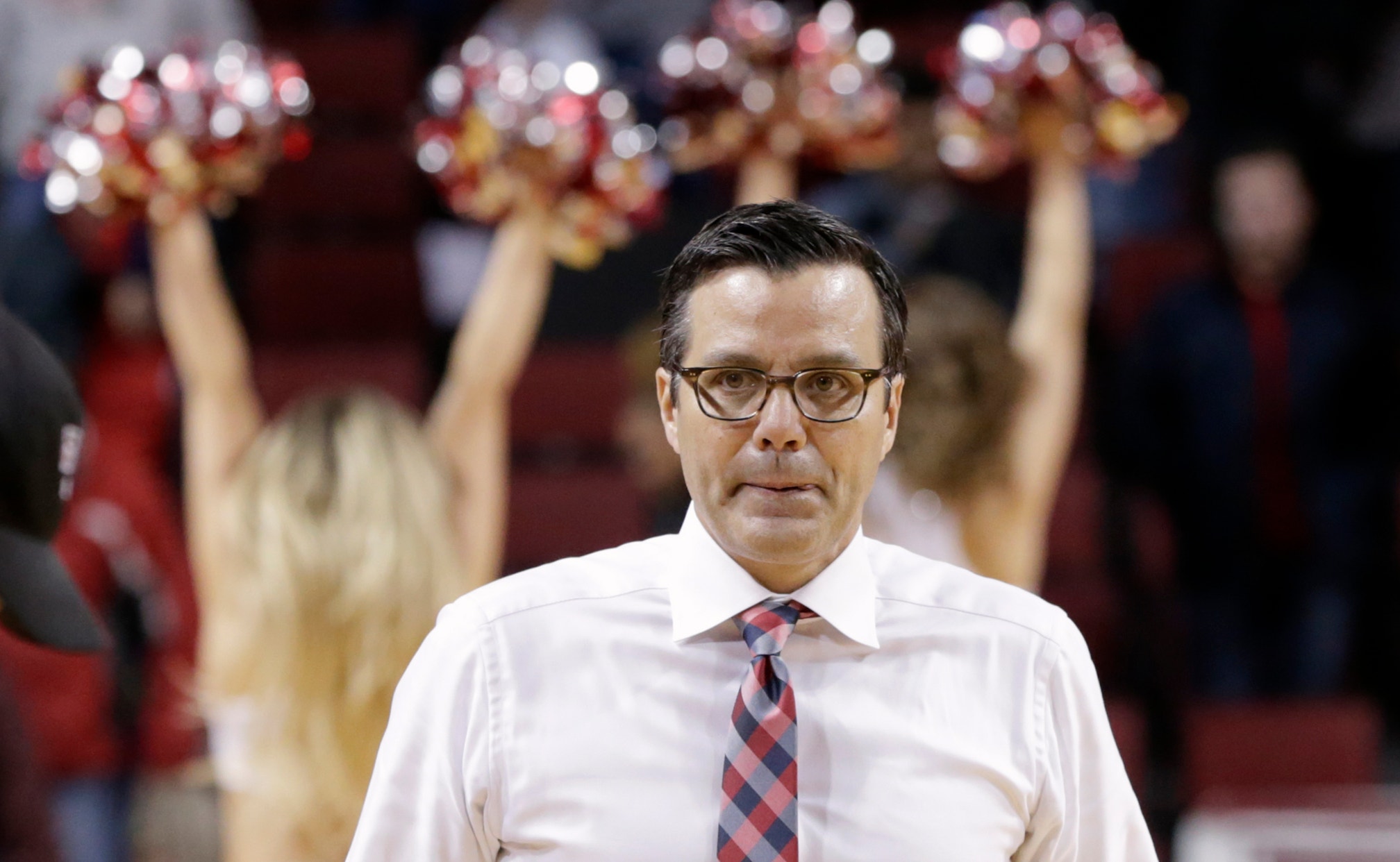 Season that started so promising for Huskers takes bad turn

LINCOLN, Neb. (AP) — This breakout season for Nebraska has broken down.

The Cornhuskers sat 11-2 on New Year's Day, were in the national polls for the first time since 2014 and on pace to have their highest scoring team since the mid-1990s. They were playing like the team that was picked fourth in the Big Ten, and their nonconference resume prompted some early NCAA Tournament forecasters to pencil them in as high as a No. 3 seed.

Fast forward six weeks. Nebraska (13-10, 3-9) has lost six straight games and eight of its last 10 to fall to 13th place in the conference. The Huskers lost senior forward Isaac Copeland, their second-leading scorer, to a season-ending knee injury four games ago. Senior point guard Glynn Watson Jr. is in the worst slump of his career. Long scoring droughts are common. Bench production is almost nil.

"I don't see anyone having fun," coach Tim Miles said. "I see stressed out young guys. We've got to get back to love of the game and being relaxed. This is the time of a lifetime. Some of the seniors only have nine more. And this is it. So let's play with a little bit of joy."

Miles is trying anything to snap his team out of its funk. He's implored his players to relax, telling them their anxiety is holding them back. He gave sophomore guard Thorir Thorbjarnarson his first start on Wednesday against Maryland just to mix things up. The coach intentionally got a technical foul in the second half against the Terrapins.

"Just looking for a spark, something good to happen," Miles said.

Last month the Huskers set a program record with their 20th straight home win. Since then they've lost four in a row at Pinnacle Bank Arena, their longest home losing streak since 2002-03. Their point total in their 60-45 loss to Maryland was the lowest by any team that's played in the 6-year-old building.

Though Nebraska's season had started its spiral before Copeland got hurt, his absence has exacerbated the situation, Maryland coach Mark Turgeon said.

"I feel bad them because our league is so unforgiving and it's so hard to win a game and you lose a key player like that," Turgeon said. "Everybody says, 'What's wrong with Nebraska?' They lost a great player and the league is terrific."

In the 3 ½ games the Huskers have played without Copeland, they've shot 29.8 percent from the field and 22.2 percent on 3-pointers.

During the six-game losing streak, those figures 32.8 percent and 18.3 percent, respectively, and Nebraska is averaging 58.8 points.

"We've been working extra. Everybody's getting extra shots up," junior forward Isaiah Roby said. "It's not like we're not putting in the work. Once we get in the game, we're passing up too many good shots. And it hurts us."

No one has struggled more than Watson, who's 6 for 30 on 3s and has a total of eight assists the last six games. When he went 0 for 10 with zero points against Maryland, it was the first time he had gone scoreless in a game since the 10th game of his freshman season in 2015.

James Palmer Jr. is the second-leading scorer in the Big Ten, at 19 points per game, but he's shooting just 37 percent from the floor for the season and 30.6 percent in the last six. Roby has gone from the Huskers' third to second scoring option and is a strong defender and rebounder, Tanner Borchardt has provided rebounding but not much else and guard Thomas Allen has been up and down.

The team has serious depth issues, with the bench accounting for a total of just 30 points over the six games.

All this leaves Miles with a cloudy future. He's 110-107 overall and 49-71 in Big Ten games in seven seasons, with an NCAA Tournament appearance in 2014. Athletic director Bill Moos gave Miles a one-year contract extension after last season's team made the NIT.

Six of the last eight regular-season games are against teams in the top six of the Big Ten, including four against the top three. The Huskers visit No. 15 Purdue on Saturday night.

Barring a big turnaround, the Huskers will miss the NCAA Tournament for the fifth straight year.

"I hate it. I feel so bad for our fans. Just feel awful," Miles said, his voice cracking. "I feel really awful for our players because I told them a long time ago I'm not going to let you fail, and it hurts. It's hard."