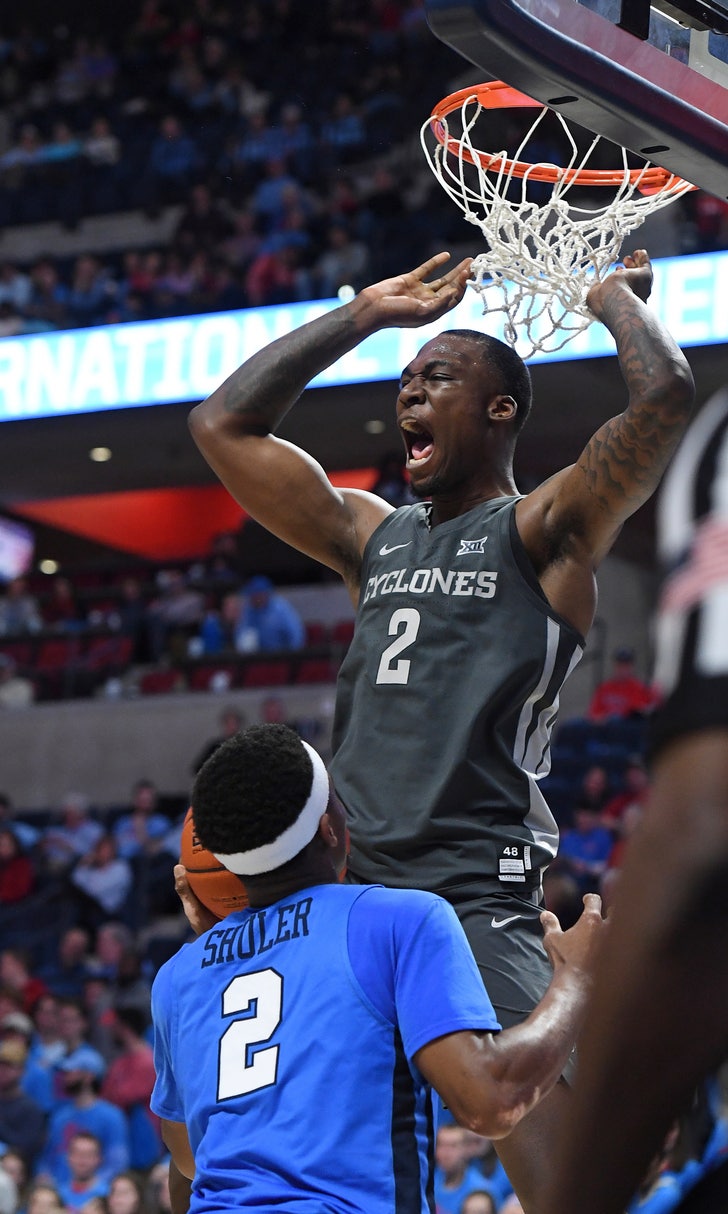 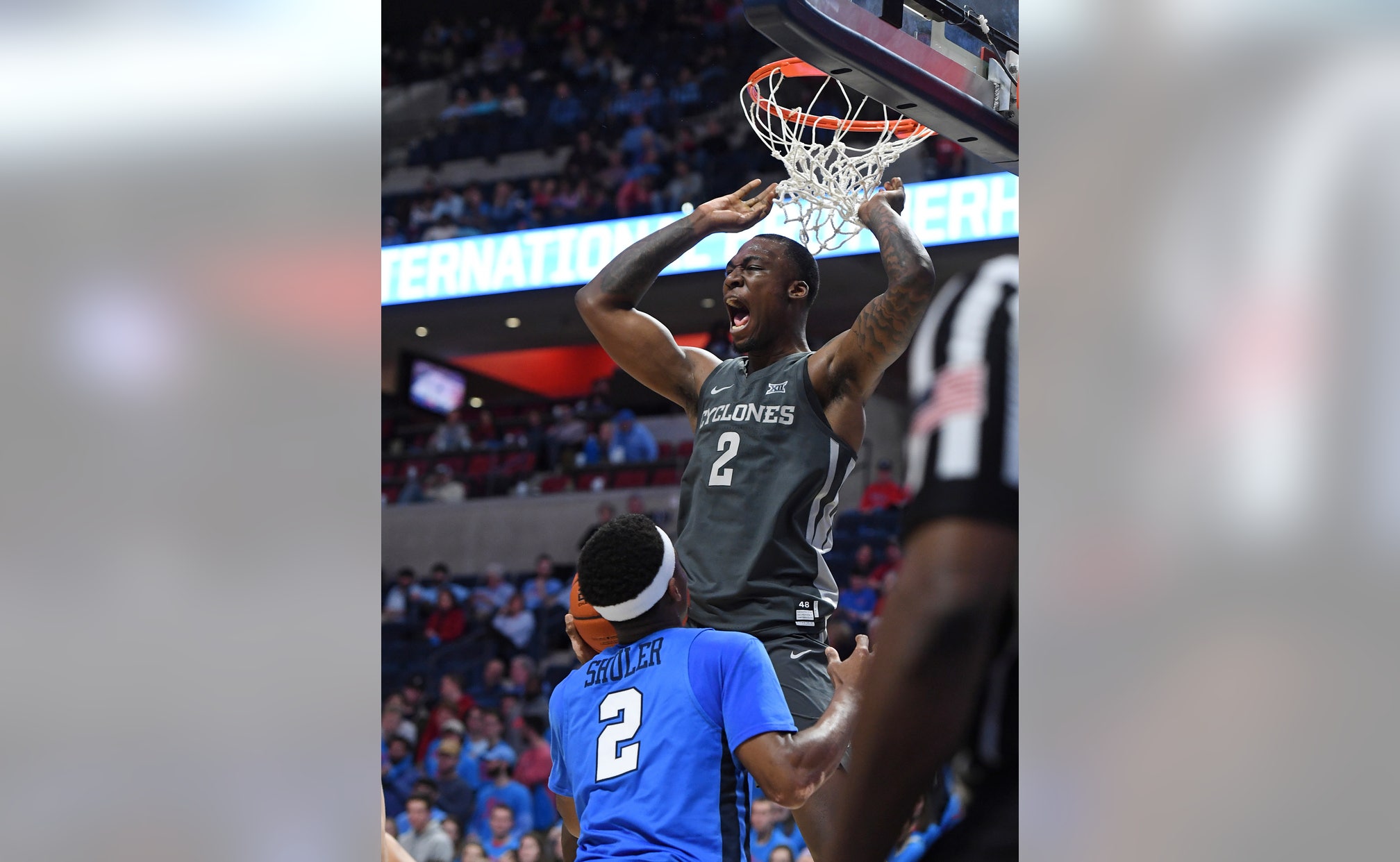 AMES, Iowa (AP) — This could have been a lost season for Iowa State sophomore Cam Lard, who lost his starting job while serving a one-month suspension to open the year.

Lard has instead settled into his new role as a reserve, and he's starting to resemble the player he was a season ago.

The 6-foot-9 Lard's numbers — 5.2 points, 2.1 rebounds and 1.4 blocks per game — are down considerably from 2017-18. But the 17th-ranked Cyclones are winning — something they didn't do much of last season — and Lard has increasingly become one of the reasons why.

Lard scored six points with five rebounds on Monday to help Iowa State (18-5, 7-3 Big 12) beat Oklahoma on the road. He also played more than 20 minutes in back-to-back games for the first time in 2018-19. The Cyclones host TCU on Saturday.

"He's been great," Iowa State coach Steve Prohm said. "He kind of struggled coming back from (suspension), maybe thinking certain things were going to be a certain way. He had to come back and earn it and...I think he's made some really good strides."

Lard was one of the Big 12's breakout players a year ago, averaging 12.6 points, 8.1 rebounds and 2.2 blocks for a team in the midst of a rebuild. But a series of legal troubles led Prohm to find help for Lard, and Lard agreed to spend 90 days at a wellness center in Massachusetts over the summer.

Lard returned to Ames energized and refocused. Prohm still suspended him for seven games, and in that time Nebraska transfer Michael Jacobson emerged as a strong fit in the middle of Iowa State's four-guard lineup. Prohm decided to stick with what was working.

It didn't help that Lard struggled when he returned. He fouled out in just 11 minutes in his second game back, a loss at Iowa, and he later missed a pair of Big 12 games with a sprained ankle. But instead of letting those hardships get him down, Lard pushed through in part because of lessons learned over the summer.

Iowa State needs Lard's presence near the basket if it hopes to win the wide-open Big 12 and he has delivered over the past few weeks.

Lard has blocked at least two shots in four of the last six games. He also shot 66.6 percent from the floor during that stretch, which featured just one loss — at Kansas by four points, back when the Jayhawks were ranked ninth.