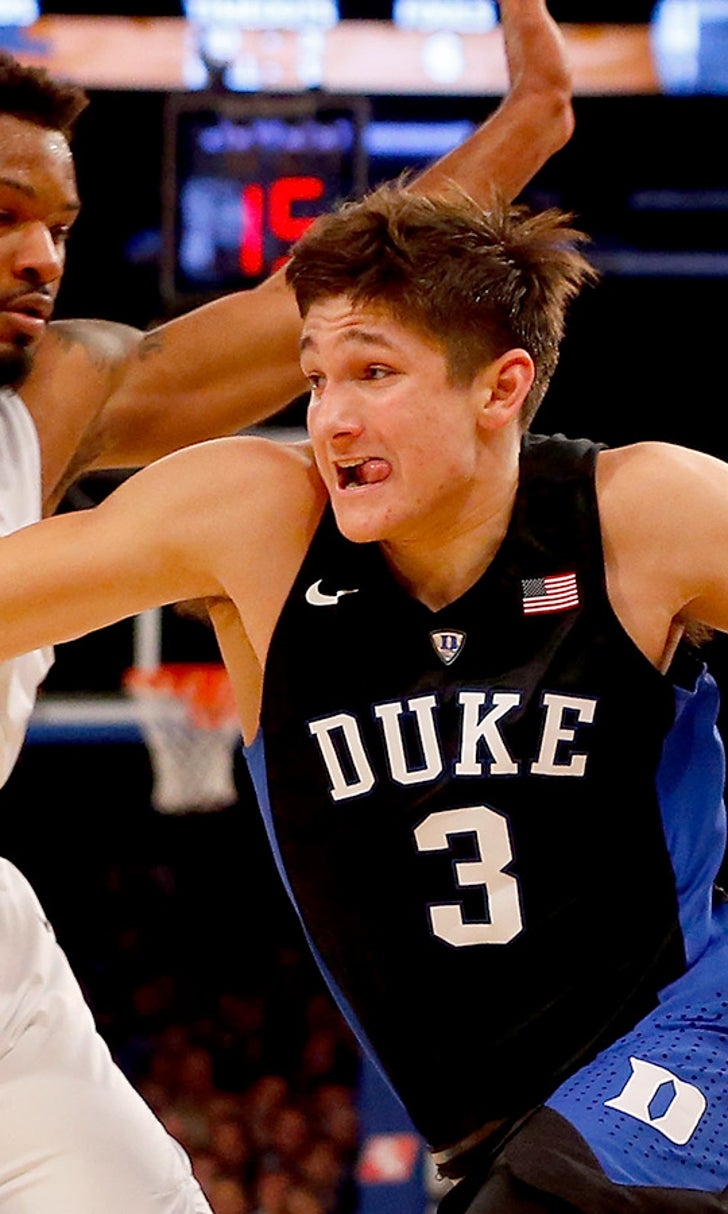 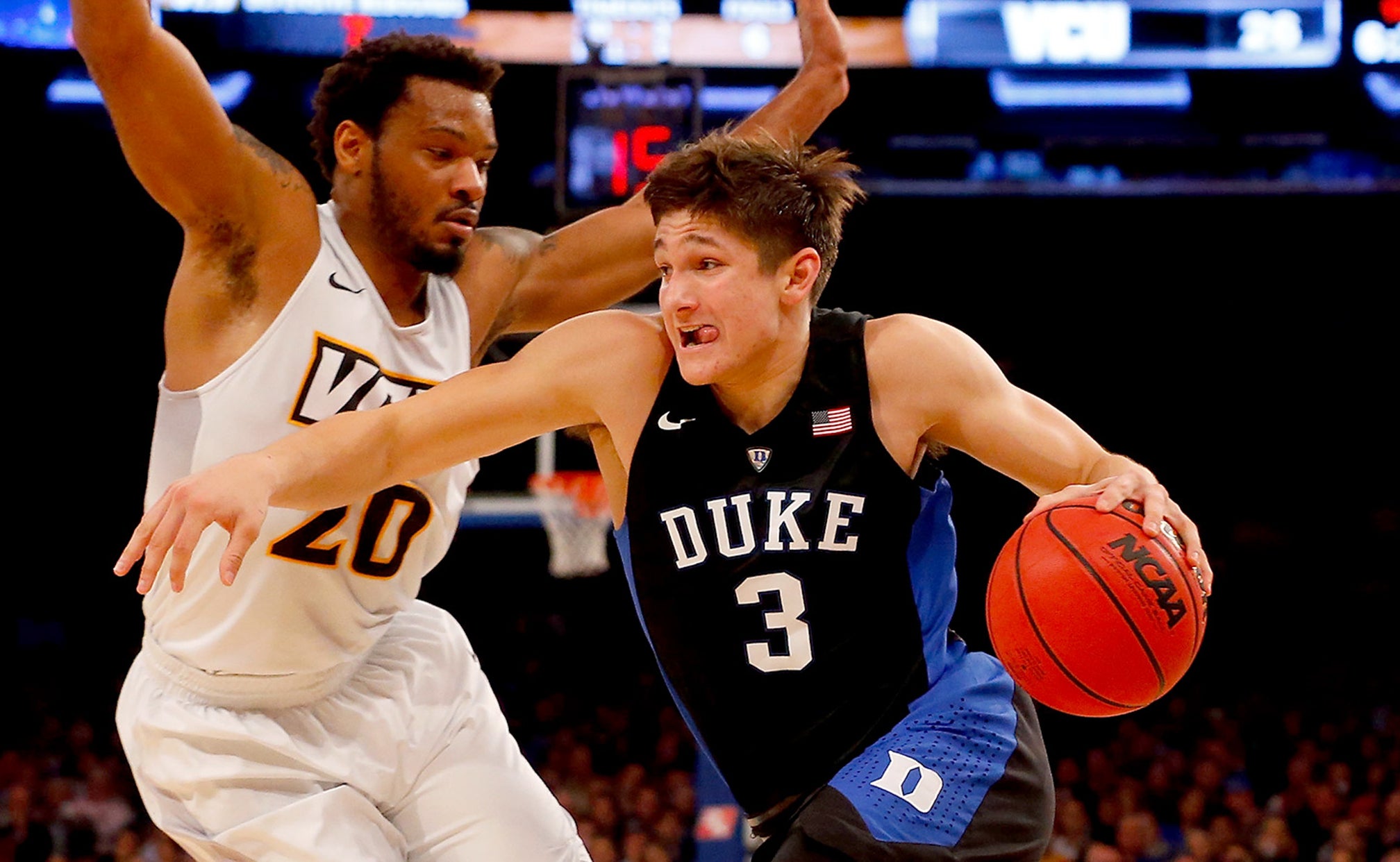 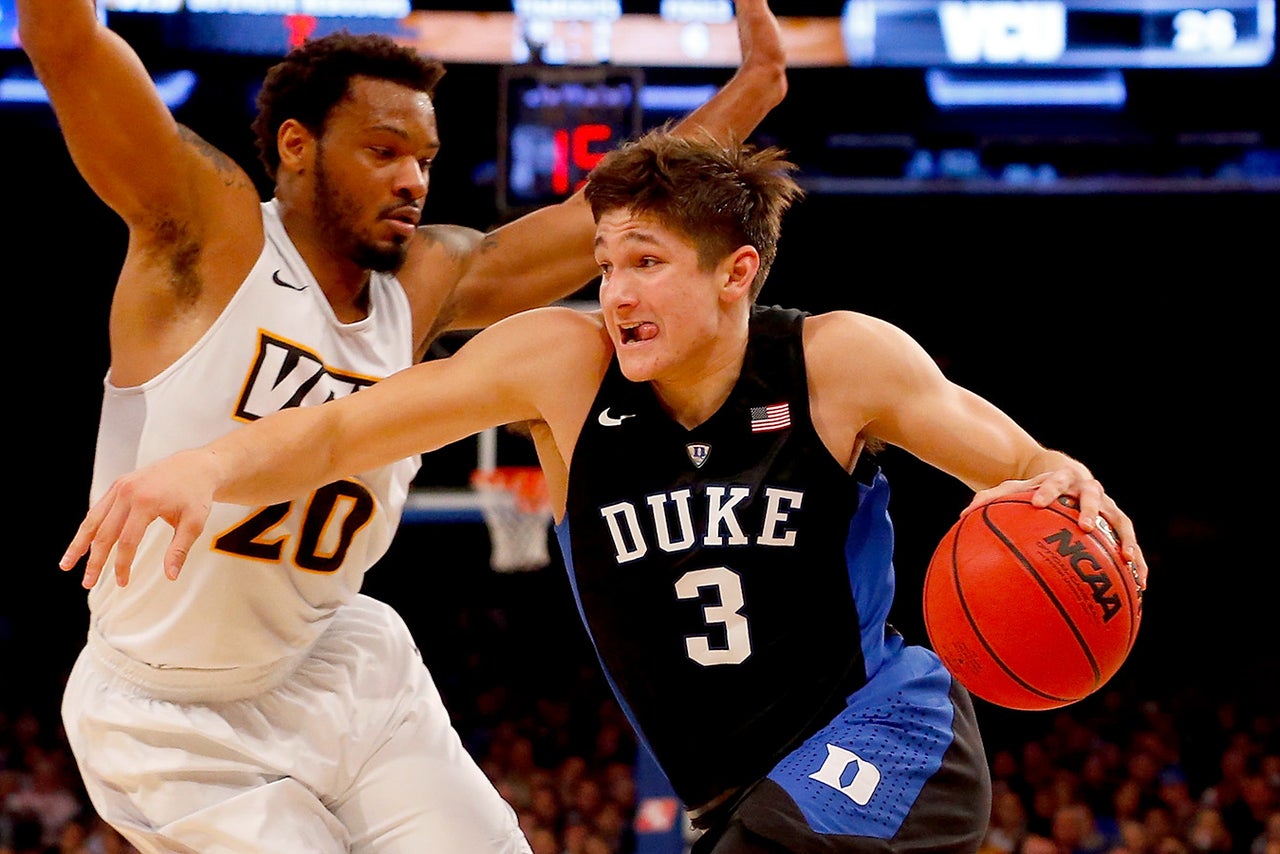 NEW YORK — Grayson Allen didn't wait very long to bounce back from an off night. It took one game.

Just three days after a rough performance against No. 2 Kentucky, Duke's sophomore guard came up with a career-high 30 points as the fifth-ranked Blue Devils beat TCU 79-71 on Friday night in the opening round of the 2K Classic at Madison Square Garden.

Allen, who averaged 27 points in the Blue Devils' first two games of the season, was held to six points on 2-for-11 shooting by Kentucky on Tuesday night in the Champions Classic. Facing the Rams, he looked a lot more like the player who had an exceptional Final Four in leading Duke to its fifth national championship last season.

"For us, it's all about moving on," Allen said. "There was obviously a rough film session after the Kentucky game where we talked about the improvements that needed to be made. Once you see that you move on to the next game. You make those improvements and move on. For me, coming off the bench it was nothing different as if I was starting. It's the same aggressive, attacking mindset."

"We have a thing on our team, a standard, we tell each other the truth. So you confront it," Duke coach Mike Krzyzewski said. "He didn't play well against Kentucky. He didn't have a good look and he didn't adjust. That was his first big time start too, it's not like Grayson's a combat veteran. So I was hard on him but honest.

"The response that Grayson had from Kentucky is huge. I think it's spectacular to be quite frank with you. Most kids, not most but a lot of kids, would question themselves and he never did."

The Blue Devils (3-1) will face Georgetown, which beat Wisconsin 71-61, in the championship game on Sunday.

"He is a heck of a player," Melvin Johnson, who led the Rams with 20 points, said of Allen. "Once he gets downhill he has a great way of initiating contact. It wasn't necessarily hard, but it was us sticking to the details of the game plan. I think we if we stuck to it a little better, we could have limited him."

Duke turned up the defense when it needed to in the second half.

From their last lead with 12:03 to play, the Rams (2-1) went 5 of 20 from the field and Duke had a lot to do with that, especially inside where easy baskets in the first half were being challenged and that led to some breakouts for the Blue Devils.

"We played really hard and played well for the most part," first-year VCU coach Will Wade said. "That stretch from the 11 1/2 minute mark to the 7 minute mark it got away from us. ... I was proud of how our guys competed. We couldn't get some shots to fall. Tonight wasn't our night."

VCU finished with a 46-24 advantage in points in the paint, but most of that came in the first half.

Freshman Derryck Thornton, who started in place of Allen, had a career-high 19 points for Duke, and Matt Jones added 10, including two big 3s in the second half. Jones came into the game shooting 56.3 percent (9 of 16) from 3-point range.

"Matt didn't have a good first half but those shots he hit in the second half were huge," Krzyzewski said.

Duke: The Blue Devils won the 2008 2K Classic. ... Amile Jefferson had a string of three straight double-doubles stopped. He finished with six points and seven rebounds.

VCU: Wisconsin on Sunday in third-place game of 2K Classic.

Duke: Georgetown on Sunday in championship game of 2K Classic.

Duke Blue Devils
share story
those were the latest stories
Want to see more?
View All Stories
Fox Sports™ and © 2020 Fox Media LLC and Fox Sports Interactive Media, LLC. All rights reserved. Use of this website (including any and all parts and components) constitutes your acceptance of these Terms of Use and Updated Privacy Policy. Advertising Choices. Do Not Sell my Personal Info