Blackhawks push Oilers to brink of elimination with 4-3 win

EDMONTON, Alberta (AP) — Matthew Highmore tied the score with 5:47 left in the third period, and Jonathan Toews got his second of the game 4 1/2 minutes later to give the Chicago Blackhawks a 4-3 win over the Edmonton Oilers on Wednesday night for a 2-1 lead in their qualifying round series.

“We stuck with it and I think it was a great team effort,” Toews said.

On the winner, Oilers defenseman Ethan Bear errantly tipped a Chicago point shot off Toews and past goalie Mikko Koskinen. It was Toews' fourth goal of the series.

Olli Maatta also scored for the Blackhawks, who trailed by a goal entering the third period. Corey Crawford finished with 25 saves.

"(There were) some great contributions from all over our lineup," Toews added. “A one-goal lead is a tough lead to hang onto for that long. In that situation we can always simplify our game and put pucks down in their zone ... and eventually things develop.”

Leon Draisaitl scored twice for Edmonton, and Connor McDavid got his fifth of the series to give the Oilers a 3-2 lead with 8 seconds left in the second period. Koskinen had 21 saves as Edmonton was pushed to the brink of elimination in the best-of-five series. Game 4 is Friday night.

“It’s obviously disappointing, no question,” Draisaitl said. “I think we have to be a little more disciplined. It kills the flow of the game with the penalties. ... We’ve got to make sure we win the next two.”

The Oilers had to play without Adam Larsson, their first-pairing shutdown defenceman. Larsson was declared unfit to play prior to puck drop. Teams are not permitted to divulge details on injuries or whether individual players have tested positive for COVID-19.

The score was tied three times and neither team led by more than one goal.

Maatta got the Blackhawks on the board first at 9:14 of the opening period with a slap shot from the blue line through traffic past a screened Koskinen.

Draisaitl responded 28 seconds later., converting one-timer off a pass from Tyler Ennis through the crease.

Edmonton got into penalty trouble late in the first and Chicago made the Oilers pay. On a 5-on-3 advantage, Kirby Dach centred the puck into a scrum of bodies in the crease. The puck bounced off Toews’ skate and in with 5 seconds left in the period.

The Oilers tied it at 4:07 of the second. Catching the Blackhawks running around in their own end, Oilers defenseman Matt Benning stepped into a blue-line slap shot that bounced off Crawford’s pad to Draisaitl, who knocked in the the rebound.

McDavid gave Edmonton a 3-2 lead on the power play late int he period. Draisaitl shot the puck from the right half boards. Crawford stopped it with his pad, but McDavid scooped up the rebound.

NOTES: In Larsson's absence, Darnell Nurse and Bear, normally the second paring skated as the top duo. Larsson's parter, Oscar Klefbom paired Kris Russell, and Caleb Jones entered the lineup alongside Benning. ... The Oilers also lost Ennis late int he second after he was checked into the boards by Dach. Ennis was writhing on the ice before being helped off. ... The Blackhawks wore their red jerseys as the “home team” and, in another weird twist in the Year of COVID, they dressed under the big orange Oilers logo set into the ceiling in the usual home dressing room.

Kris Russell
event_recap
share story
The NY Jets have reportedly spoken to the Texans about Deshaun Watson The NY Jets are one of the many teams that have been connected to recent rumors regarding disgruntled Houston Texans quarterback Deshaun Wat...
4 MINS AGO • THEJETPRESS.COM
Miami prospect Garrett on preparation for '21 When Marlins left-hander Braxton Garrett broke the news of his callup over the phone to his family, the excitement was palpable. But when it...
4 MINS AGO • MLB.COM
Look: Georgia baseball schedule for 2021 gets leaked Things are looking up in Athens. Wednesday, the Georgia basketball team earned its first victory over Kentucky since 2013 off a last-second...
4 MINS AGO • USATODAY.COM
Andrew Wiggins is quietly flipping his narrative in Golden State When Kevin Durant decided to leave Golden State in the 2019 offseason, the Warriors had an impossibly large hole to fill in their lineup. In...
4 MINS AGO • BLUEMANHOOP.COM
Confidence Picks For Championship Weekend Both the AFC and NFC title games are rematches, so Geoff Schwartz examines what we can learn from those first meetings.
5 MINS AGO 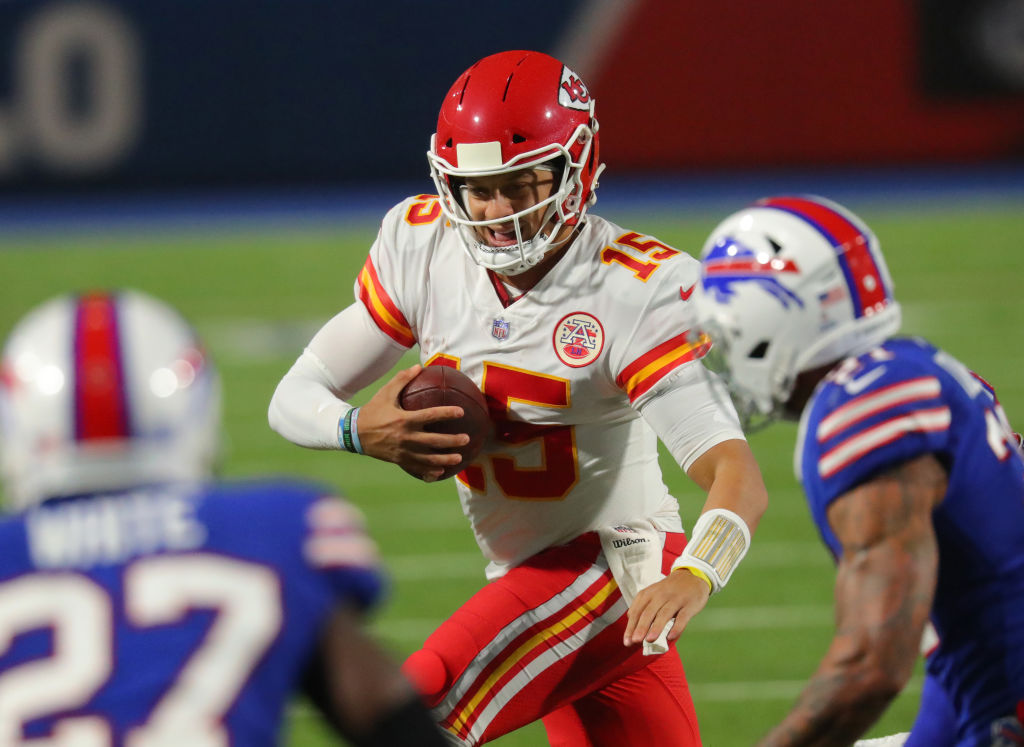