It appears Michael Bisping won’t get his showdown with Georges St-Pierre, and thanks to an injured knee, he’ll have to sit and watch two other middleweights battle for an interim title in July.

On Wednesday, Bisping confirmed that his fight with St-Pierre has been cancelled — as of now — after the two fighters agreed to face each other earlier this year.

UFC president Dana White called off the fight after St-Pierre revealed that he wouldn’t be ready to step back into the Octagon until at least after October while Bisping is still nursing a knee injury that will keep him out of action for a few more months.

In the meantime, the middleweight division will move forward with Yoel Romero facing off with Robert Whittaker in an interim title fight at UFC 213 on July 8 in Las Vegas.

“As we all know, it was supposed to be Georges St-Pierre but for whatever reason that is not happening as of right now,” Bisping revealed. “Unfortunately, I do have a knee injury so I won’t be fighting anytime soon. I spoke to Dana [White] the other day, it looks like they’re going to do an interim title fight with Robert Whittaker versus Yoel Romero. That doesn’t mean that they’re fighting for my title. Nobody’s fighting for my title right now. Let’s just make this clear.

“Romero and Whittaker are fighting and one of them gets a participation award. That’s all it is.”

As far as the fight with St-Pierre goes, Bisping would still like the chance to pursue that opportunity, which would undoubtedly earn him the biggest payday of his career.

Actually, Bisping and St-Pierre both still want the fight to happen, but ultimately it’s up to the UFC on whether or not it actually takes place and as of right now the bout is off.

“I don’t know what to think or where to go or who to call. In October they offered me GSP, I said yes. It didn’t come to fruition. February, I get a phone call, ‘Mike, it’s Dana White.’ He says, ‘GSP fight is on, congratulations.’ We do a press conference. Of course, here we are once again they say the fight is off. I spoke to Georges, Georges is saying he still wants to do it. I still want to do it,” Bisping said.

“Of course, the UFC they make the fights, it’s their company. So they know something about it and if they’re saying the fight’s off, there’s a pretty distinct possibility that the fight is off. But as far as I’m concerned, we did have a deal so we’ll see. I’ve got to have a talk to Dana White about it, as I said, it looks like the fight is off. If it is, so be it, I’ll move on.”

If the St-Pierre fight is off the table, Bisping says he will gladly await the winner of the Romero vs. Whittaker matchup to defend his title later this year.

“If the GSP fight doesn’t happen, which it’s looking like it’s not, then of course, I’ll fight the winner of that fight,” Bisping said.

Right now, Bisping is still trying to heal his ailing knee, which will keep him out of action for at least a few more months while Romero and Whittaker prepare to do battle in July. As for St-Pierre, there’s still no official word on who he will fight when he makes his long awaited return to the UFC. 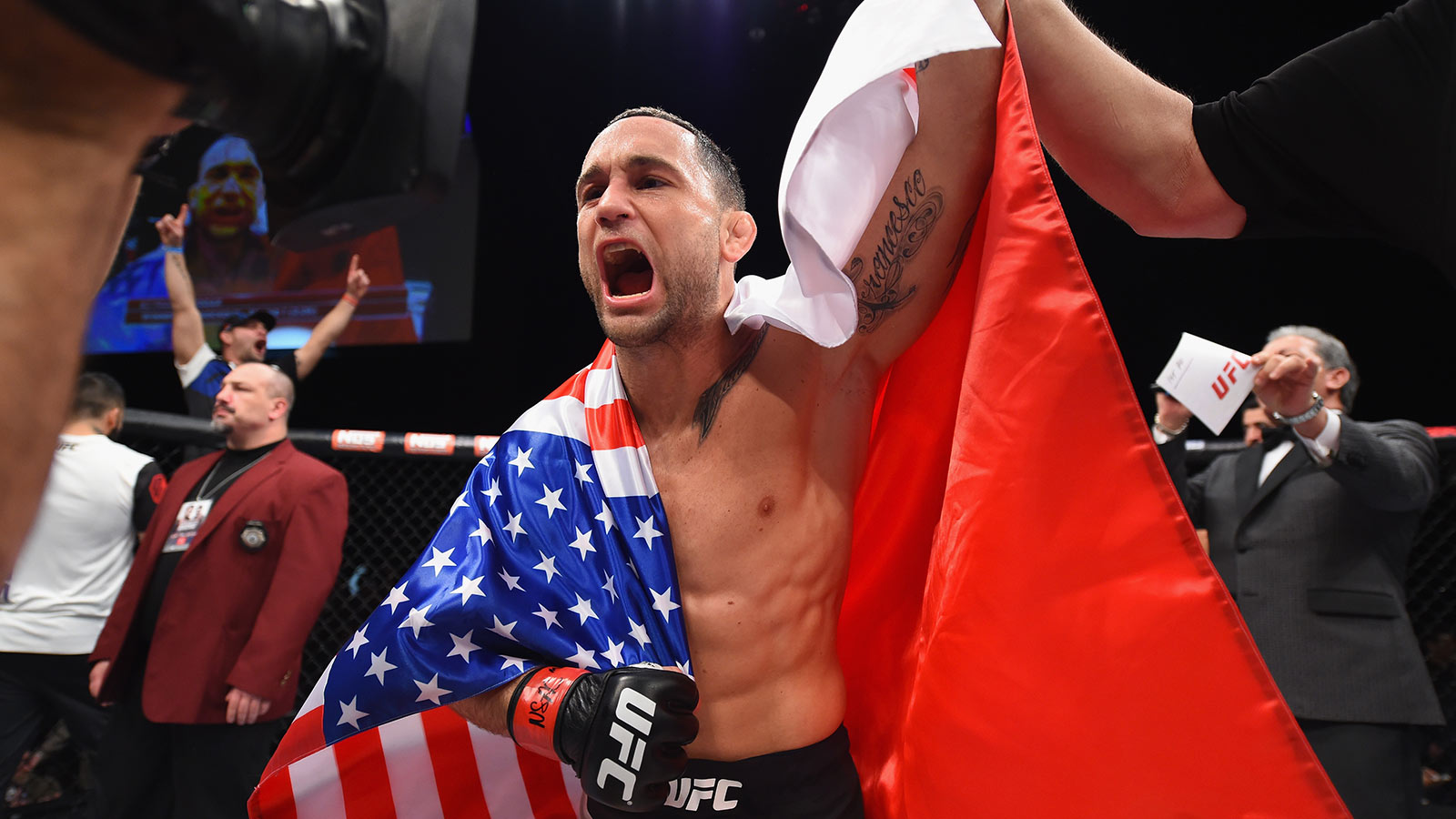 Gallery: Results and highlights from all the exciting fights on the UFC 211: Miocic vs. dos Santos 2 main card