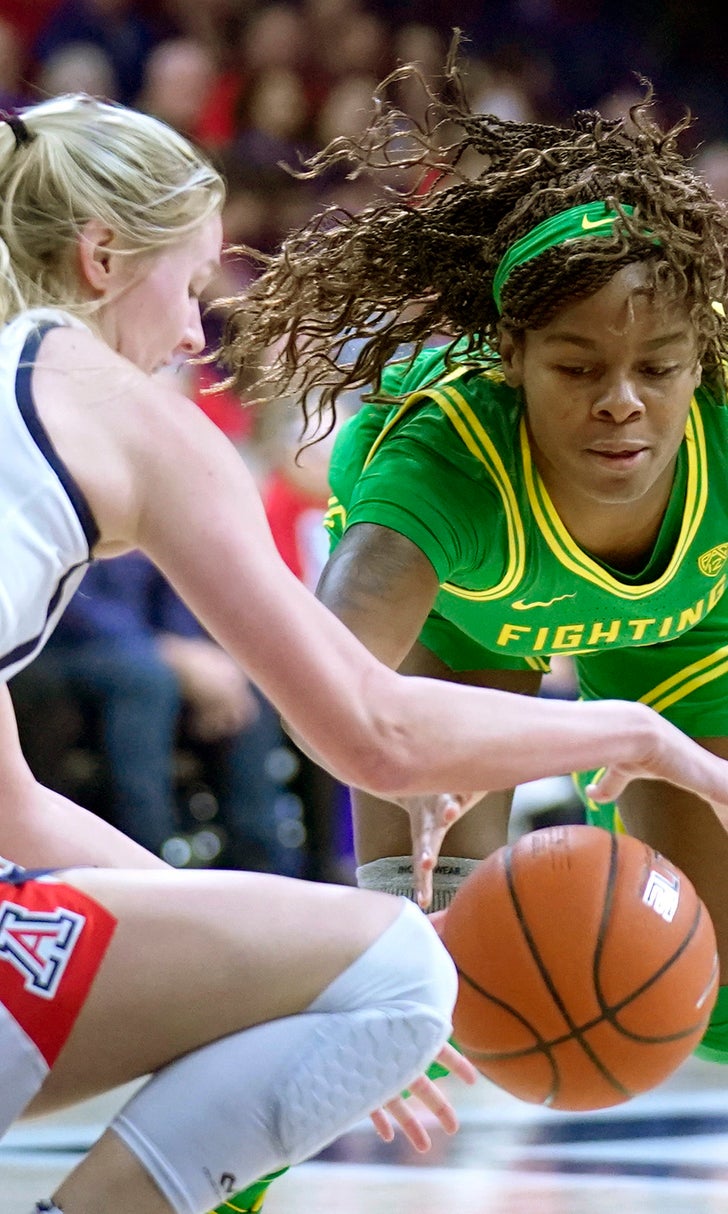 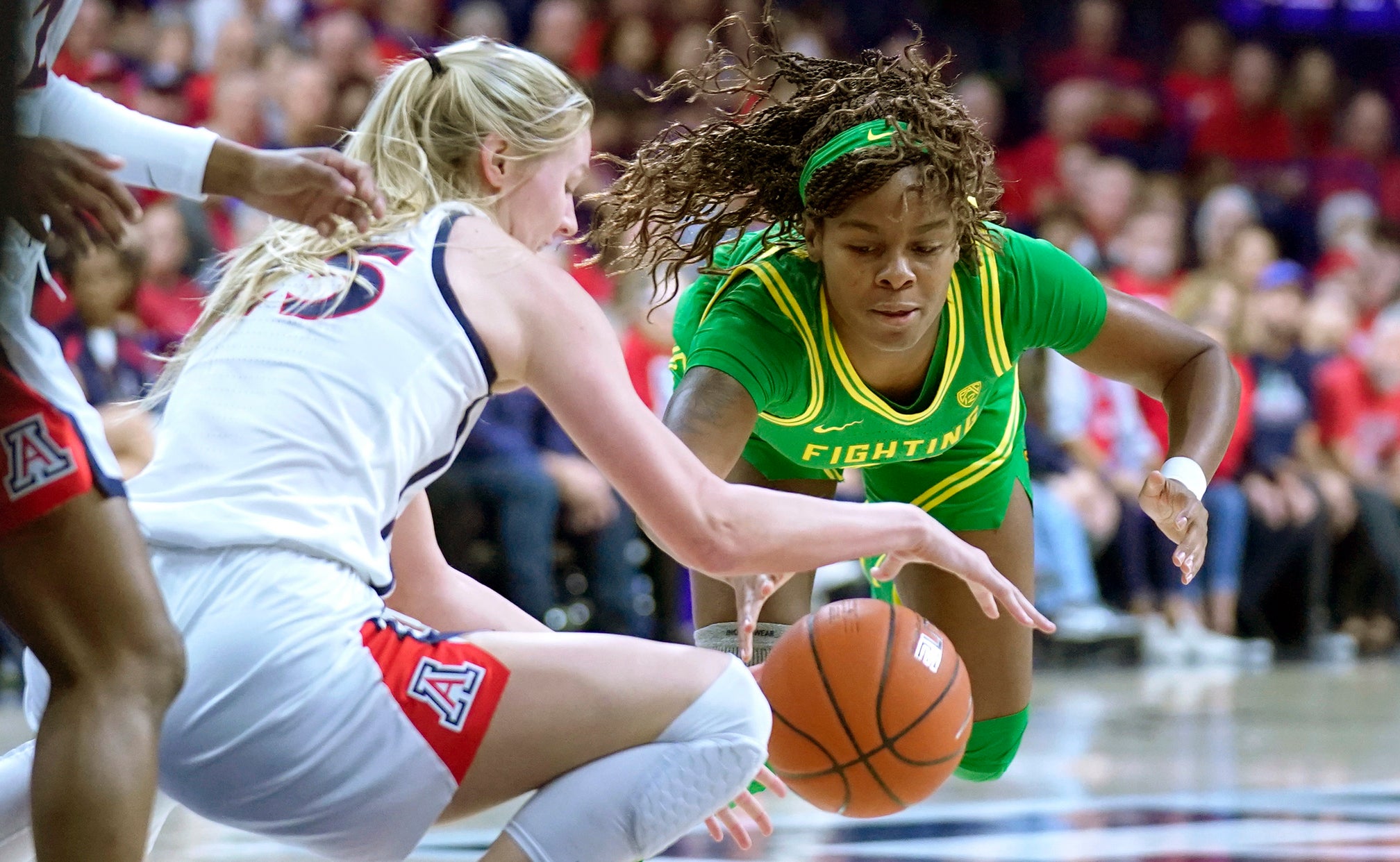 TUCSON, Ariz. (AP) — Oregon had a rare loss of composure late in a loss to Arizona State.

Faced with a similar challenge against Arizona two days later, the Ducks survived with a simple plan: Get the ball into Sabrina Ionescu's hands.

Ionescu had 17 points, 10 rebounds and 10 assists for her NCAA record-extending 22nd triple-double, helping the second-ranked Ducks bounce back from their second loss of the season with a 71-64 win over No. 18 Arizona on Sunday.

“When it counted late in the game, she was the one who made the plays at both ends of the floor,” Oregon coach Kelly Graves said. “When you're an All-American, player of the year candidate, in these kind of games you've got to step up.”

The Ducks (14-2, 3-1 Pac-12) looked like the inexperienced team Friday night, allowing the Sun Devils charge back from a 12-point deficit in the fourth quarter and win 72-66.

Against Arizona, Oregon built a 13-point lead midway through the third quarter before the Wildcats made a run.

Mostly a distributor early, Ionescu took over late. She had a three-point play after Arizona pulled within three, scored another late basket and hit two free throws with 20.7 seconds left. Ionescu has more triple-doubles than any player in NCAA history, man or woman.

Ruthy Hebard had 19 points and 14 rebounds, Satou Sabally added 18 points and Oregon had a 36-18 advantage in the paint.

“It's nice to know we can win a grind-it-out game,” Graves said. “We haven't yet this year on the road.”

Arizona (12-3, 2-3) overcame a long scoring drought to end the second quarter, pulling within 65-52 on Aari McDonald's 3-pointer with 1:23 left. The Wildcats couldn't finish it off, losing to their third straight to top-10 opponents after opening the season with 14 straight wins.

“We've definitely been competing, but there are times in games where we have stretches where we don't score and let teams go on runs,” said McDonald, who finished with 25 points. “We're just not experienced enough in that area.”

The Wildcats were also coming off a tight loss. They took No. 3 Oregon State to the wire, losing 63-61 on a last-second shot by the Beavers.

Arizona kept Oregon close in the first quarter behind McDonald's 10 points and the Ducks' six turnovers.

Arizona took over the turnover trend in the second quarter and went scoreless over the final 4:50 as Oregon built a 35-26 halftime lead.

Satou Sabally and Hebard combined for 25 points and the Ducks scored more than half their points (18) in the paint.

“The second quarter was definitely a back-breaker for us,” Arizona coach Adia Barnes said.

Arizona and Oregon traded baskets in a hot-shooting third quarter — a combined 15 for 28 — and the Wildcats closed within 53-48 after the Ducks had four late turnovers.

Oregon likely will not move up to No. 1 in next week's AP Top 25, but at least escaped a difficult two-game trip with a hard-fought win.

Arizona showed it can hang with the Pac-12's elite, but couldn't get over the hump in losses to No. 8 UCLA, Oregon State and Oregon.

“We're not quite there,” Barnes said. “We're close, but they are the better team.”

Oregon arrived in the desert leading the nation in assist-to-turnover. The Ducks may not be after a two-game turnover trip up and down Interstate 10.

Oregon had 17 turnovers in the loss to Arizona State and 17 more against Arizona, leading to 12 points. Ionescu had six and Sabally had four.

“We were just loose," Graves said. “It's definitely something we need to clean up.”

McDonald had been going through a bit of shooting slump, so she showed up at McKale Center at 6:45 a.m. to get some work in before the noon game.

Oregon hosts No. 5 Stanford on Thursday.