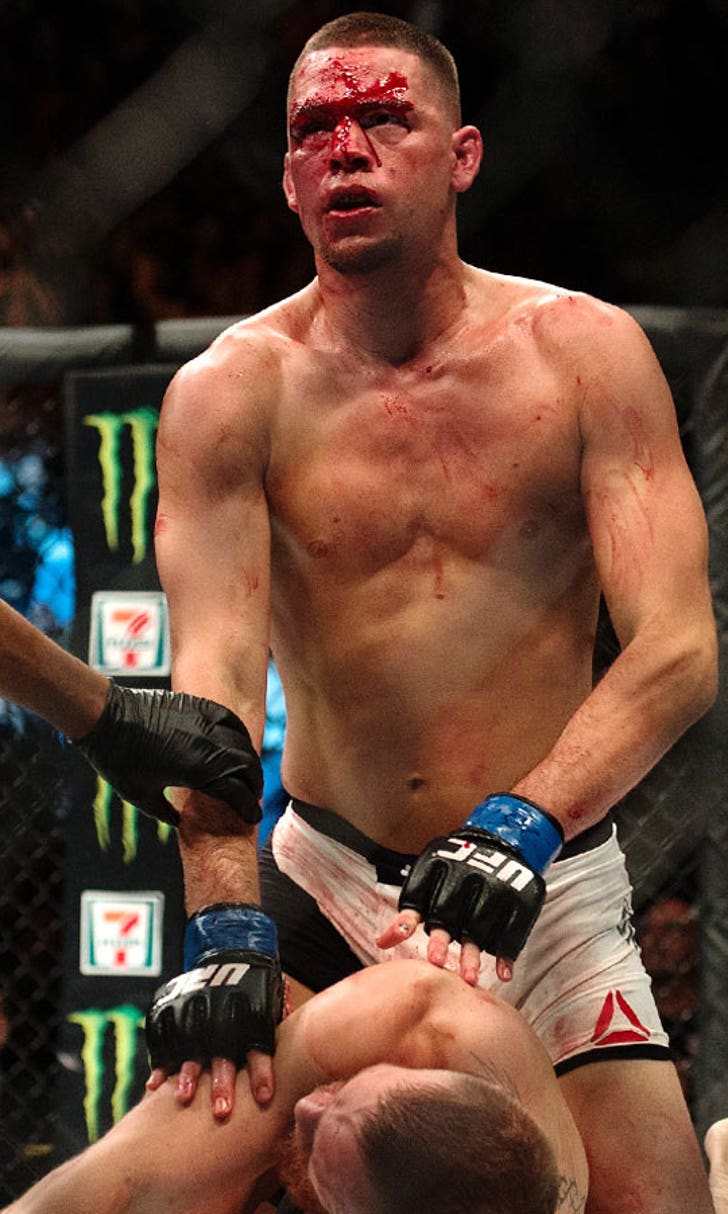 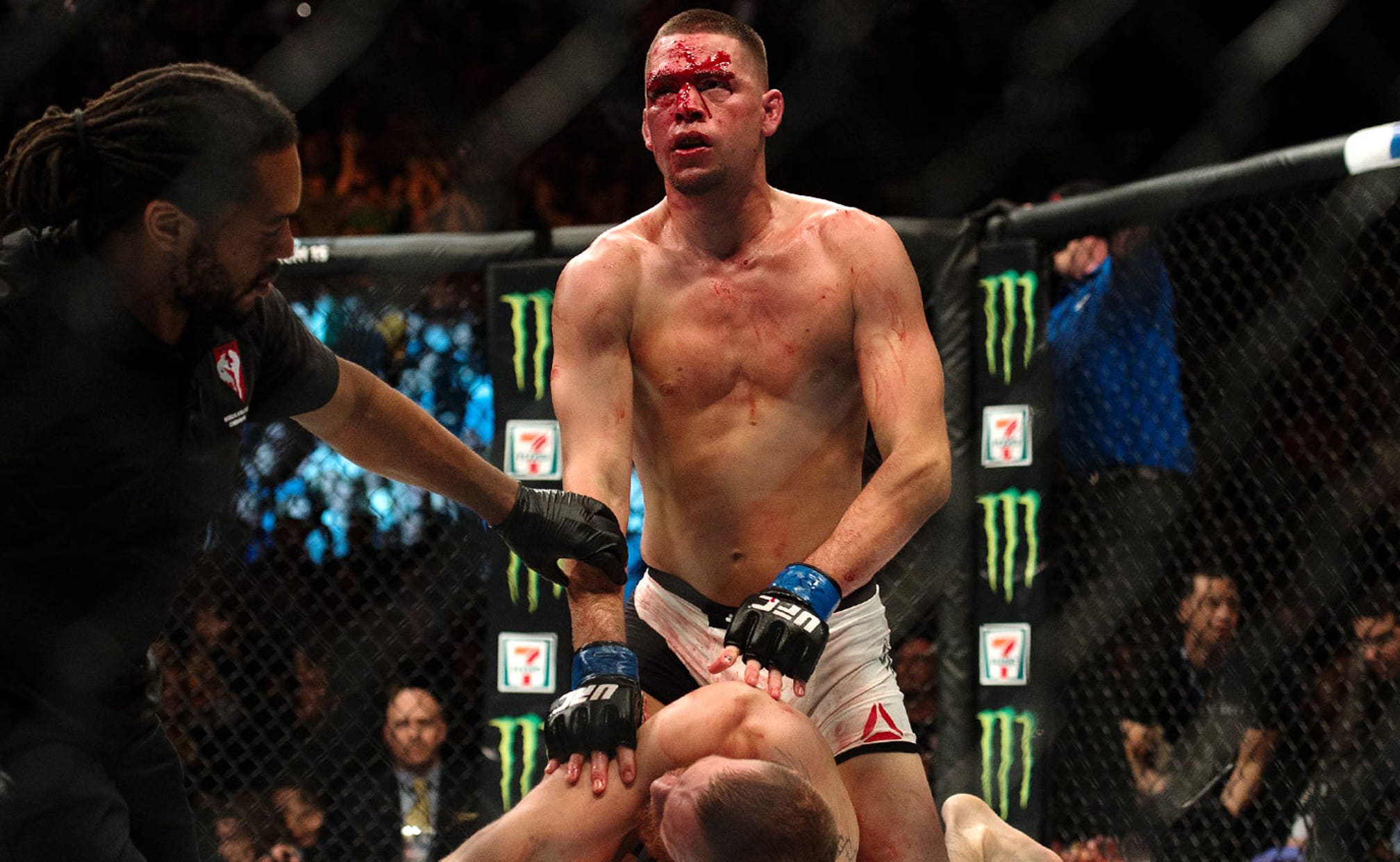 Nate Diaz: A rematch with Conor McGregor is a 'funny' idea because I worked him 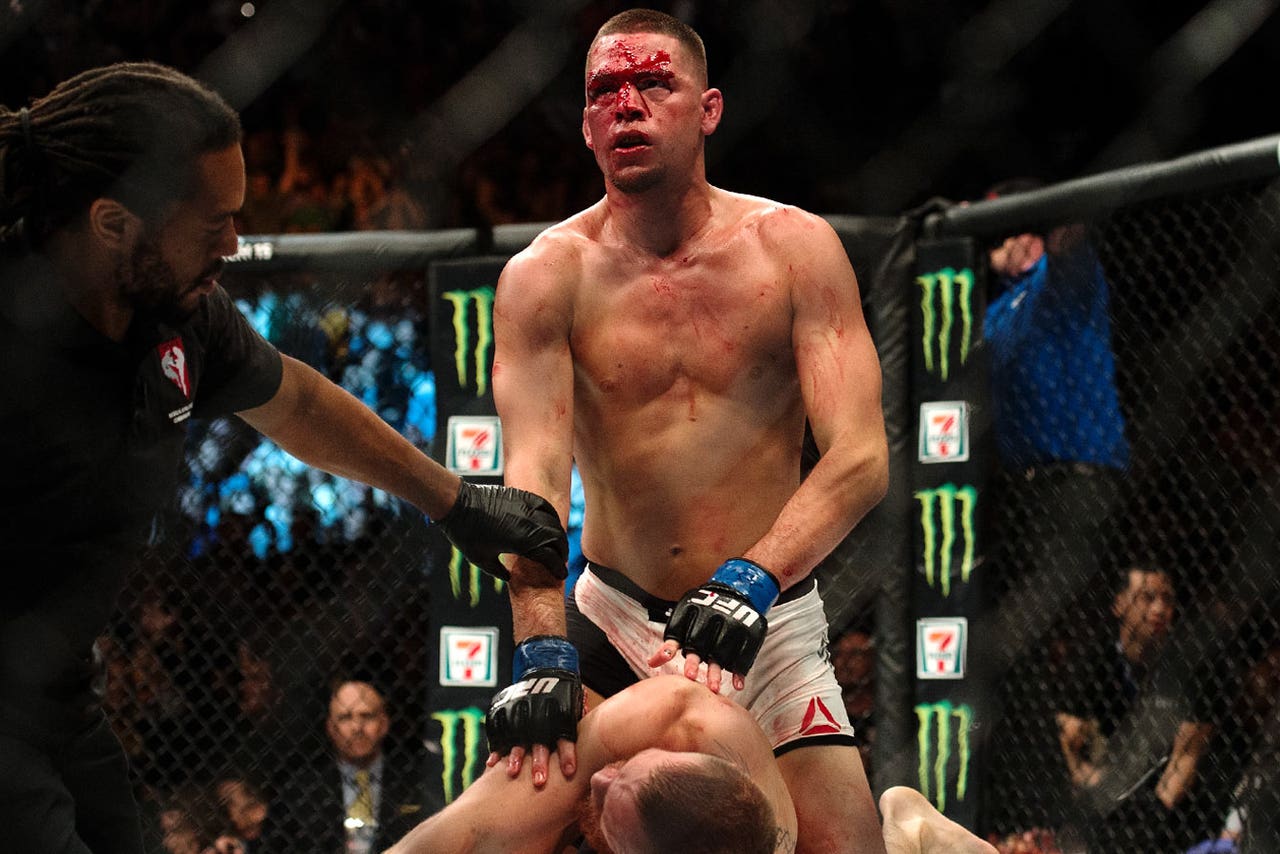 Nate Diaz is both one of the best boxers and submission artists in MMA history. As such, many of his wins follow a certain pattern - he hurts his opponents with his punches and then finishes them on the ground with submission holds.

In fact, that's exactly how he won at UFC 196 against Conor McGregor. The "Notorious" one had plenty of boastful predictions before the fight and hit Diaz with everything he had in the first round of their main event before getting rocked and submitted himself in the second round.

As he's already said, Nate Diaz was not surprised. "These guys shoot on me after they start getting hit," he told Rolling Stone.

"They start shooting on me and getting tapped out."

That's exactly what appeared to happen with McGregor. He didn't like what was going on upstairs, so he changed levels and scored a takedown on Diaz.

If he hadn't, Diaz promised that the Irishman would have been knocked out cold from punches on the feet. "[The fight with] Conor -- that was on the way to being a knockout," he claimed.

"He was getting handed some solid (expletive). He got on me for the takedown because he was done."

Even though Diaz was able to beat McGregor with no training camp, it seems as though the UFC is trying to make him run it back and rematch the featherweight champion at UFC 200 this summer. Diaz is down for whatever the fans want but has a different rematch in mind for himself.

It may be the perfect time for the two to do it, again, especially since it was the injured dos Anjos who Diaz replaced at the last minute at UFC 196. Diaz understands why McGregor wants a rematch, but he thinks it is a bit comical that the superstar appears close to being granted his wish.

"I lost plenty of decisions and I've never got a rematch, to this day," he said.

"So, that's crazy. Conor got worked over and now they're saying, 'rematch,' which makes sense. I understand that. I just think it's funny because, it's like, Jose Aldo didn't get a rematch."