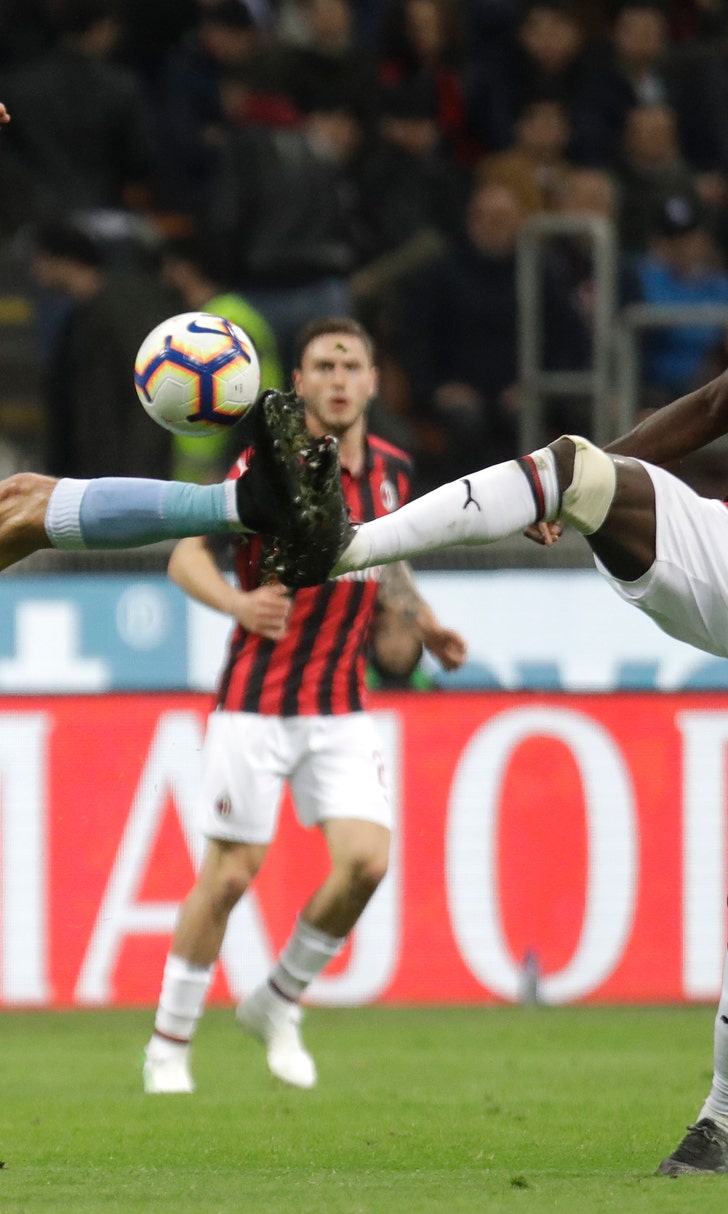 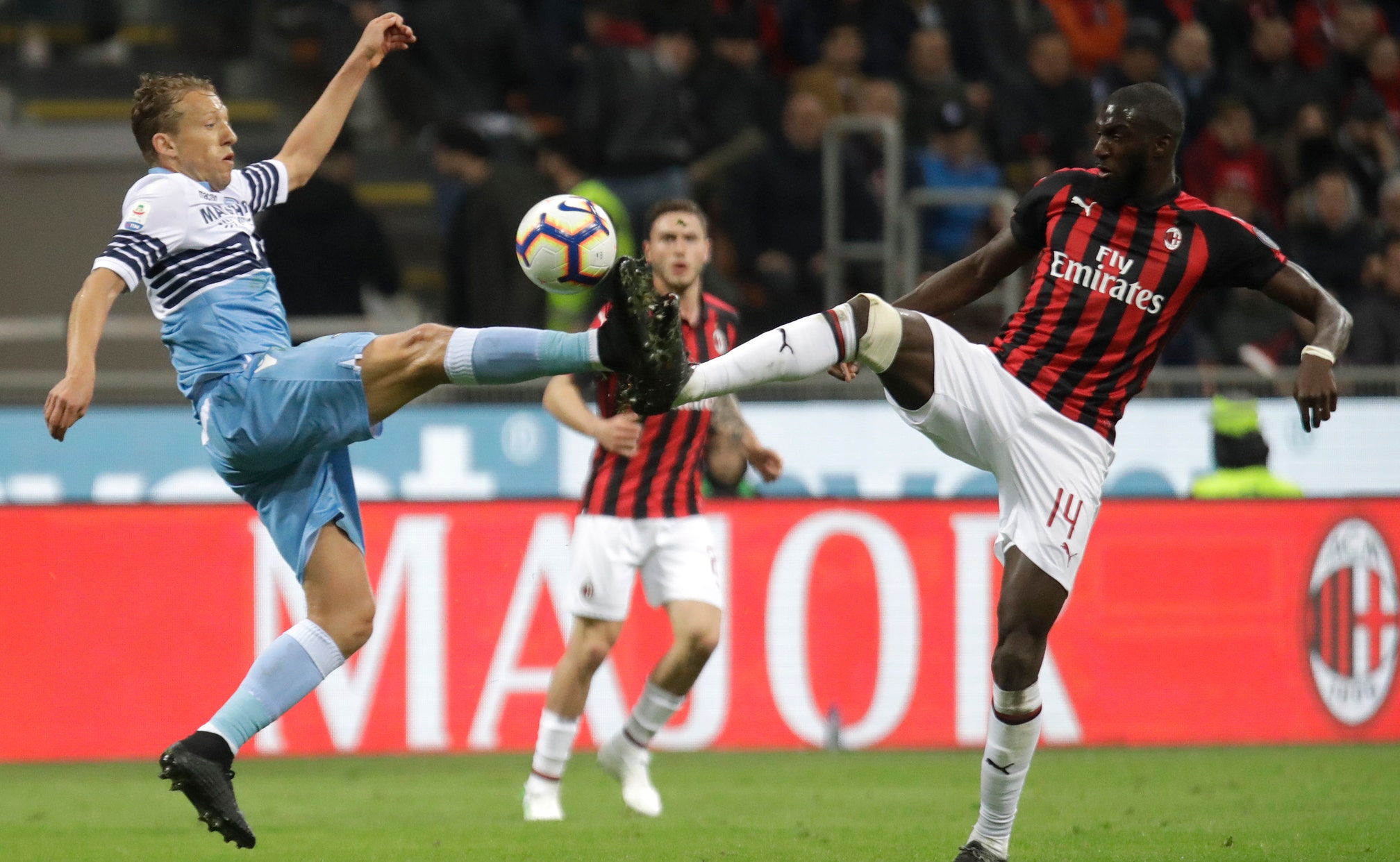 The video posted on the Gazzetta dello Sport website shows fans singing, "This banana is for Bakayoko," during Wednesday's 2-0 win over Udinese at the Stadio Olimpico.

It was an apparent response to Bakayoko and Milan teammate Franck Kessie waving the shirt of Lazio defender Francesco Acerbi in front of their supporters like a trophy after a 1-0 win on Saturday.

Bakayoko, who is black, is on loan from Chelsea.

Lazio fans have a long history of racist and anti-Semitic episodes.