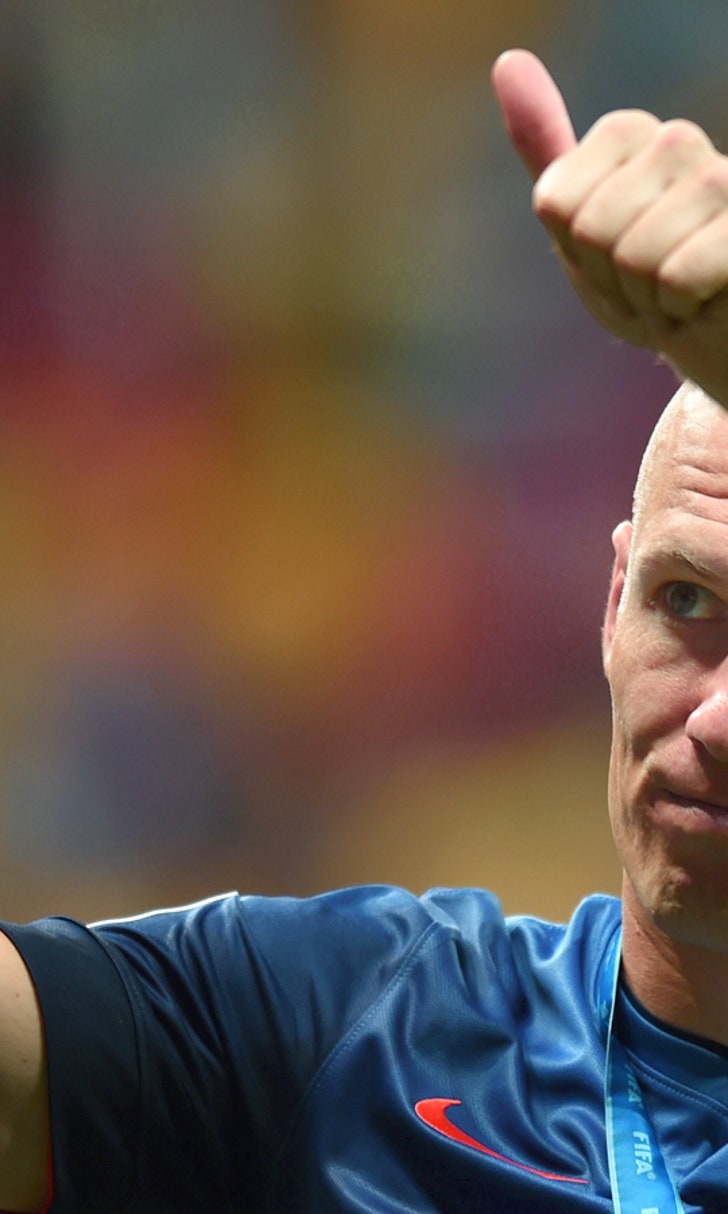 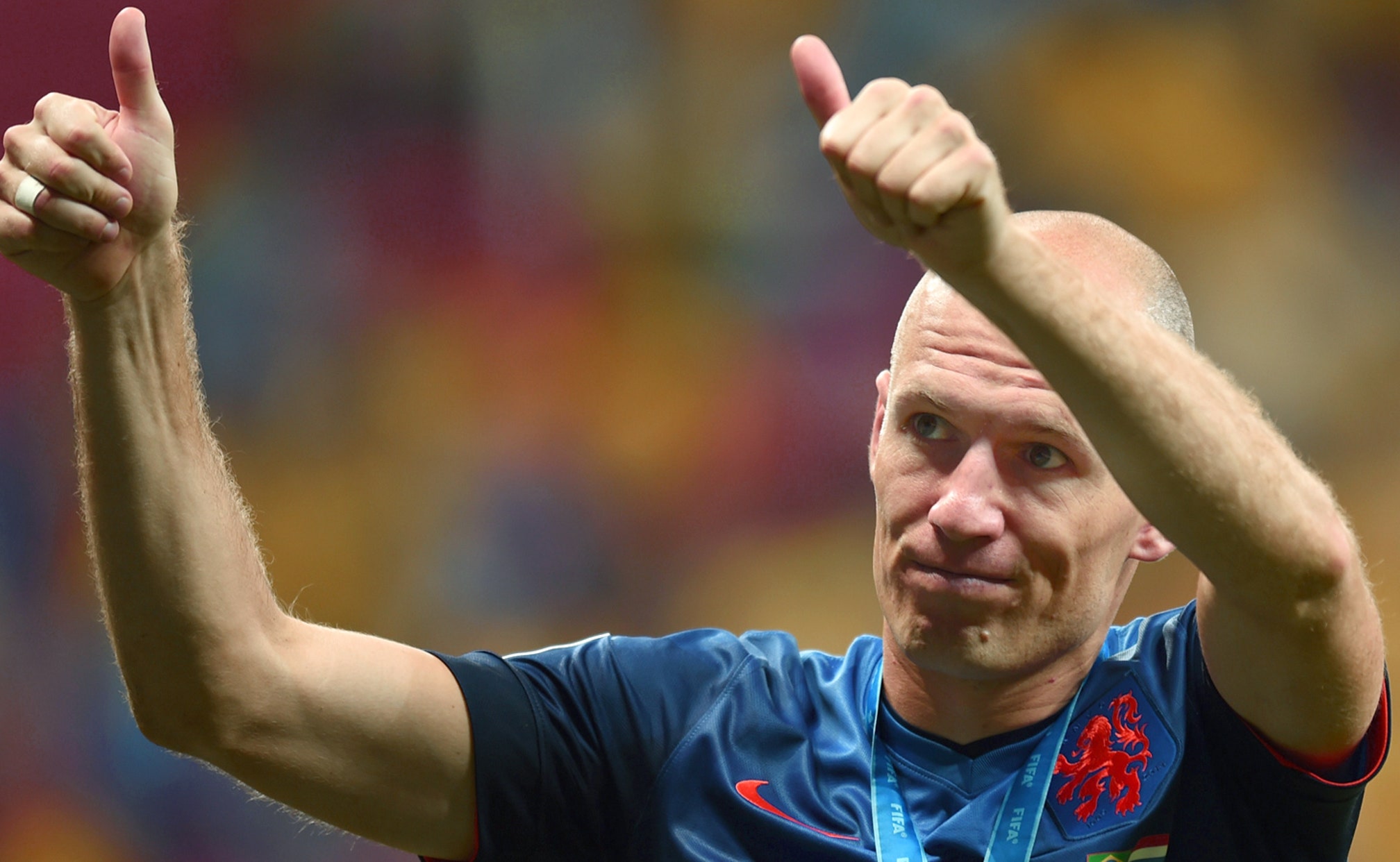 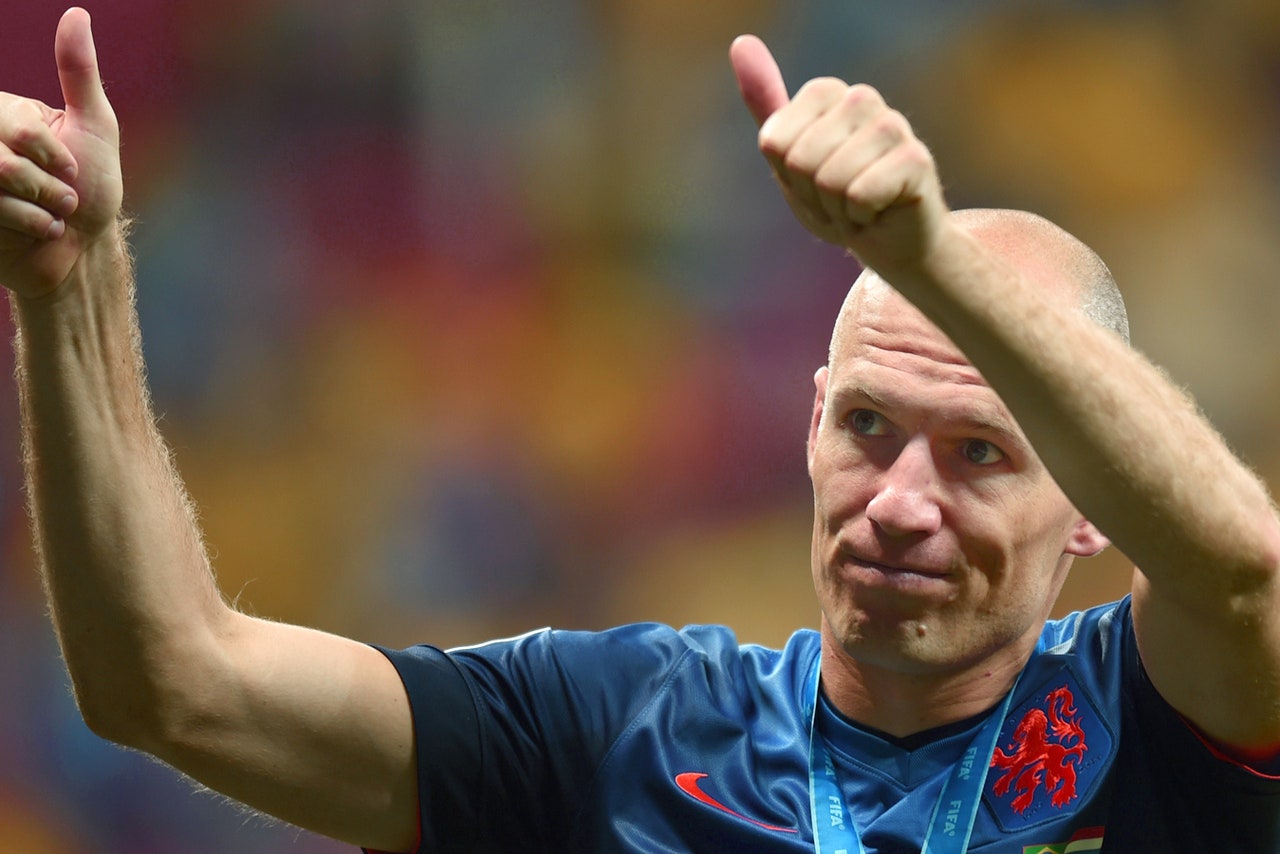 Fit-again Arjen Robben returned to the Netherlands' squad on Friday for European Championship qualifiers against Kazakhstan and Iceland, as new coach Guus Hiddink continues to seek his first win.

The Bayern Munich winger was the Netherlands' best player as the team finished third in the World Cup, but he was missing through injury as the first two matches of Hiddink's second stint in charge ended in defeats to Italy, in a friendly, and to the Czech Republic in the teams' first Group A qualifier for Euro 2016.

Also back was Schalke striker Klaas Jan Huntelaar, while a trio of injured players was left out of the 25-man squad: PSV Eindhoven striker Memphis Depay, center back Ron Vlaar and midfielder Rafael van der Vaart.

Missing from the squad was veteran Dirk Kuyt, who announced his international retirement earlier Friday after 104 appearances.

Kuyt, 34, said he decided to hang up his boots after hearing he was unlikely to get a regular starting place as Hiddink attempts to inject fresh blood into the team in the build-up to Euro 2016.

''I can't see myself putting a lot of effort into Oranje and not playing much,'' Kuyt said in a statement released by the Dutch football body.

Among surprise names in the team, Hiddink called up uncapped Celtic defender Virgil van Dijk and Spartak Moscow forward Quincy Promes, who has one international appearance.

The Netherlands plays Kazakhstan on Oct. 10 in Amsterdam, and Iceland in Reykjavik three days later.

Hiddink said his team needs a win after its faltering start since he took over from Louis van Gaal after the World Cup.

''When you come back from a great World Cup, it is often the case that it is difficult in the initial phase when you resume,'' Hiddink said.

''Major teams should never lose two matches in a row and you can apply that standard to Oranje.''