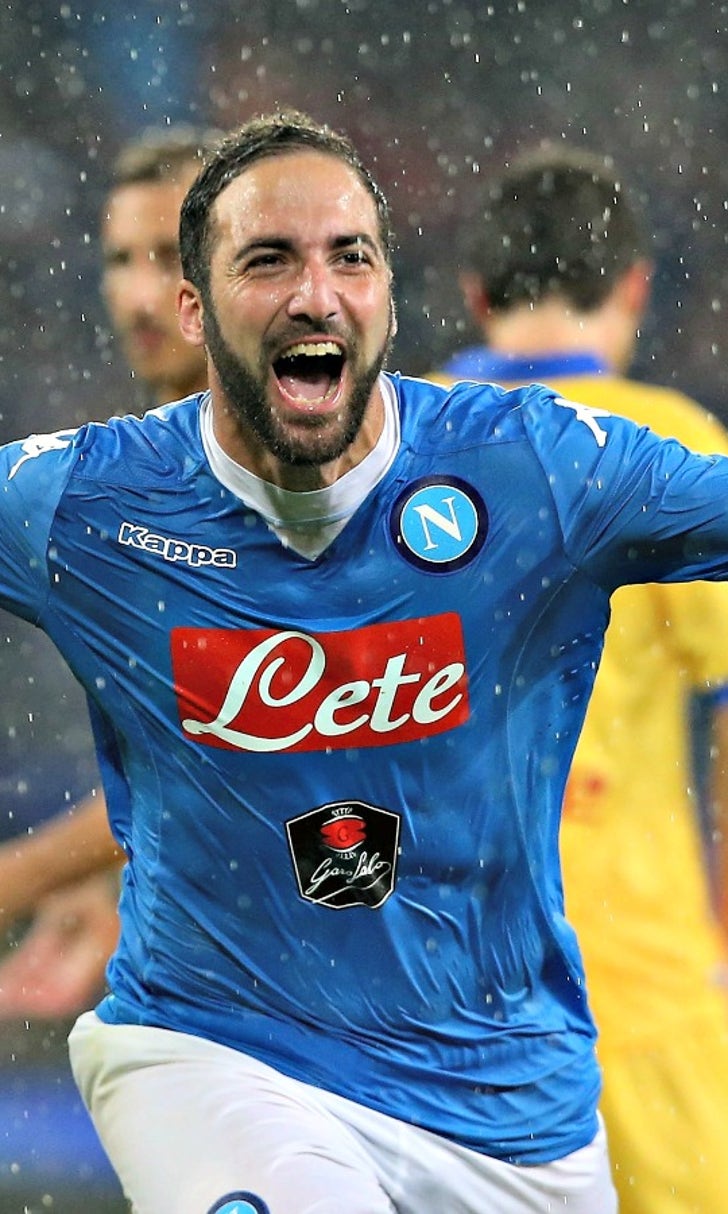 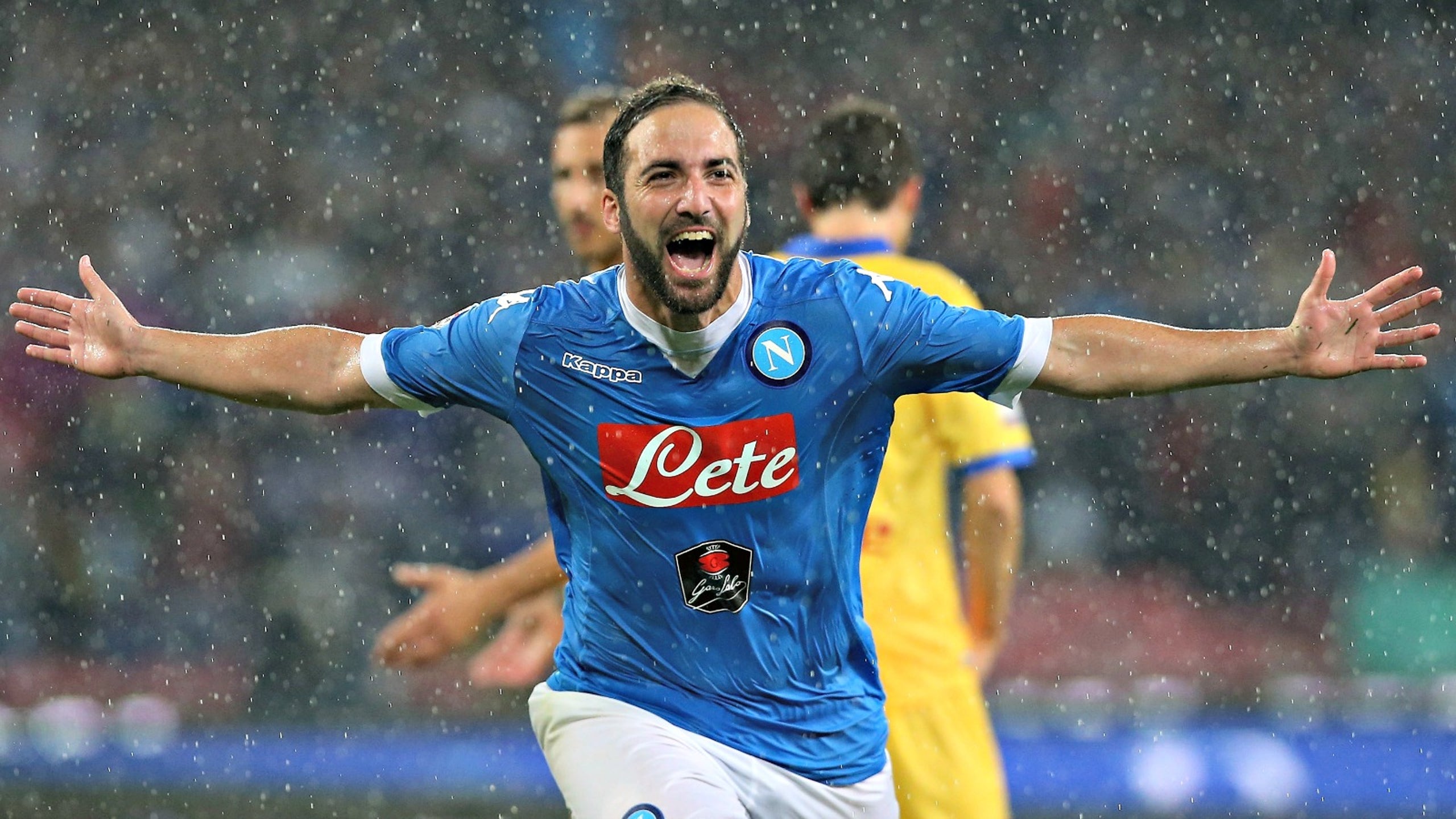 Gonzalo Higuain scored a sensational hat trick for Napoli on Saturday, capping his day with a ridiculous bicycle kick and entering his name into the Serie A record books.

Sit back, relax and prepare to be mesmerized.

The exquisite touch is outshined only by the fantastic finish. With his hatter against Frosinone, Higuain swiped the title of Serie A's all-time leading single-season goal-scorer. Gunnar Nordahl's record of 35 goals scored stood for 66 years, but Higuain managed to best the A.C. Milan legend's mark this season.

And what a way to make history. Let's take another look from a few alternate angles.

Yes, Napoli's season ended in disappointment as Juventus ran away with the Serie A title, but this was a nice way to finish. The win locked up second place, which gives them direct entry into the Champions League group stage. And if this is the last that Napoli fans see of Higuain in sky blue (he's been linked to a move away from the Stadio Sao Paolo) at least he'll be leaving them with a lasting memory.

Gonzalo Higuain
share story
those were the latest stories
Want to see more?
View All Stories
Fox Sports™ and © 2021 Fox Media LLC and Fox Sports Interactive Media, LLC. All rights reserved. Use of this website (including any and all parts and components) constitutes your acceptance of these Terms of Use and Updated Privacy Policy. Advertising Choices. Do Not Sell my Personal Info