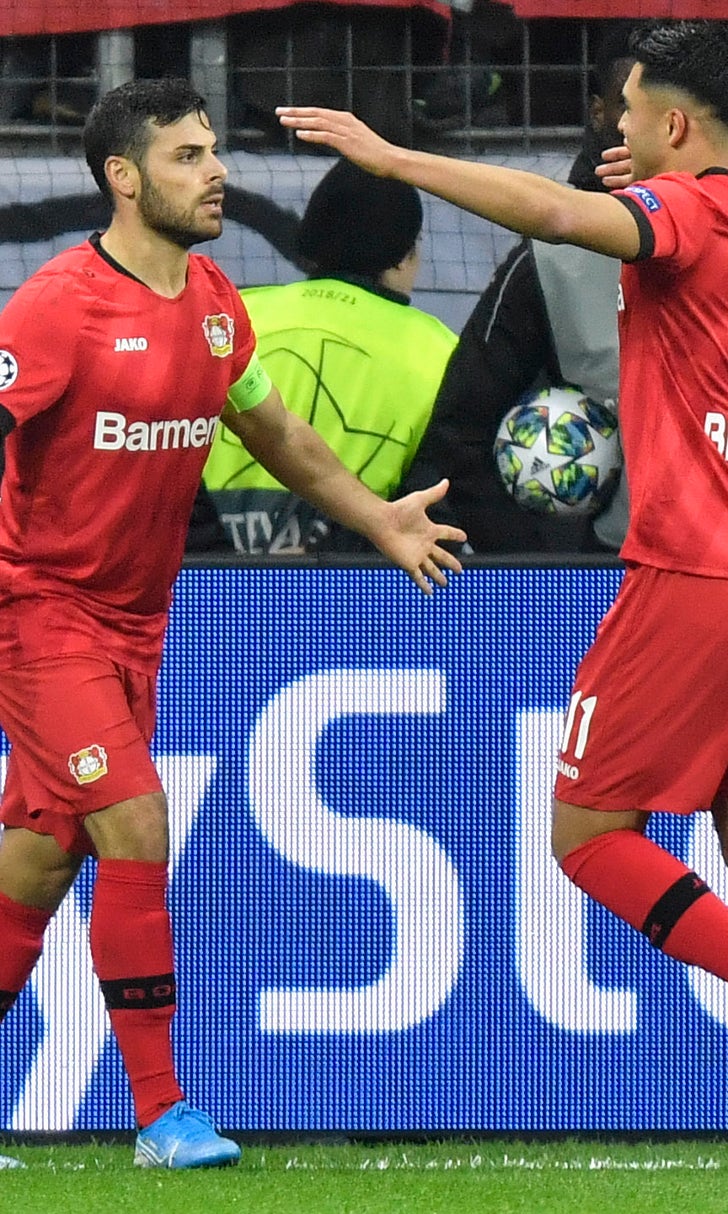 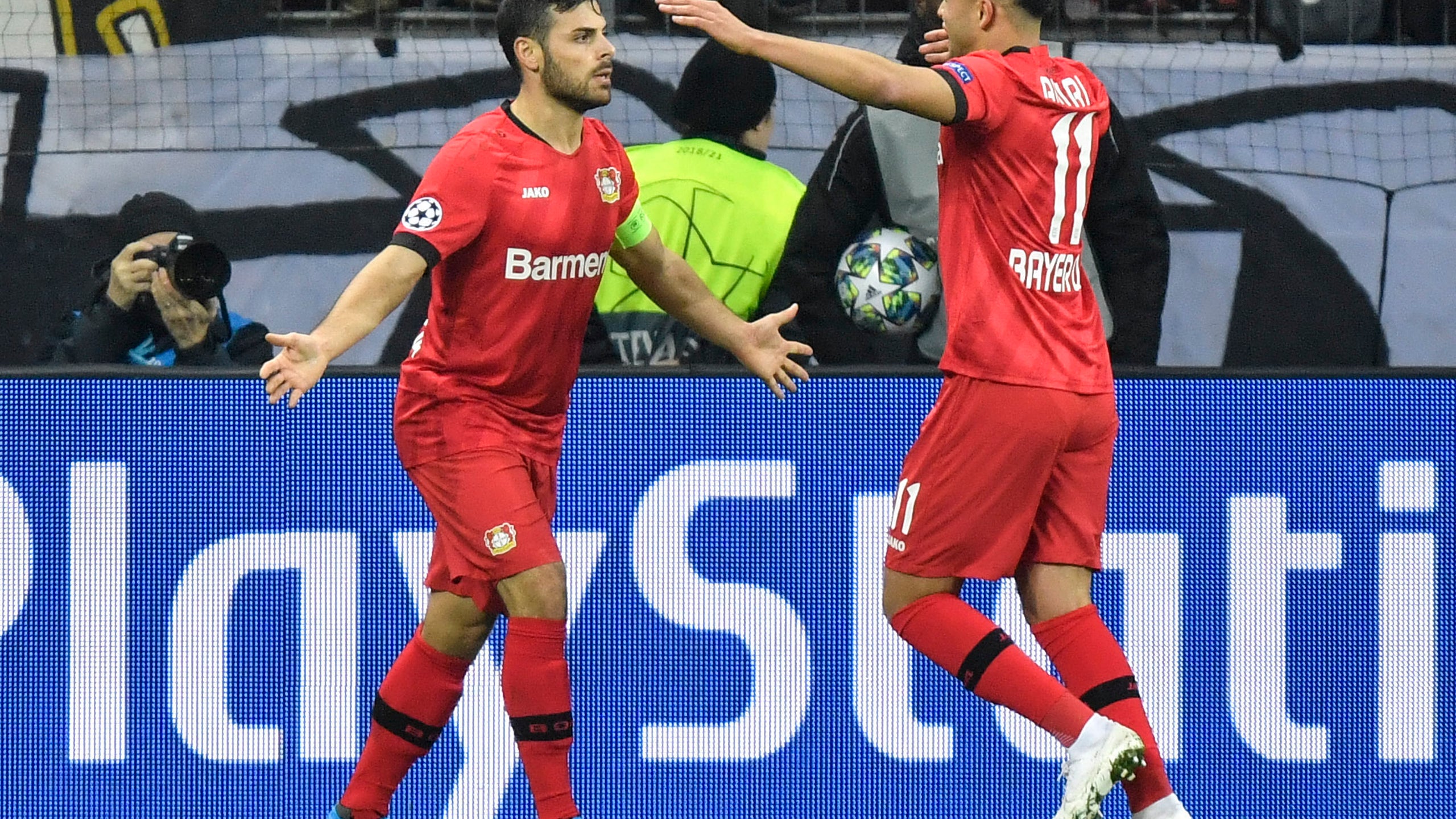 An own-goal from Thomas in the first half and Kevin Volland's strike in the second gave Leverkusen its first points in the group and denied Atlético from booking its place among the last 16.

Leverkusen was left hanging after Nadiem Amiri was sent off in the 84th minute. Alvaro Morata pulled one back after three minutes of injury time and was only denied an equalizer by a fine save from Lukas Hradecky in the last play of the game.

"It was important to stay compact against a team like Atlético Madrid. We did very well today," Leverkusen coach Peter Bosz said.

Atlético would have sealed its place in the knockout stages with a win after Juventus secured a late 2-1 away win over Lokomotiv Moscow in the other Group D game.

With two games remaining, Italian champion Juventus tops the group with 10 points, three ahead of Atlético, which is followed by Leverkusen and Lokomotiv — both with three points.

Leverkusen made the better start but had to wait till the 21st before the first big chance, when Volland should have left the ball for the better positioned Karim Bellarabi rather than shooting straight at Jan Oblak in the visitors' goal.

Leverkusen struck the crossbar after a corner in the 38th and finally made the breakthrough another three minutes later, when Thomas' attempted clearance somehow ended in his own net.

Leverkusen's second goal came after Atlético coach Diego Simeone made a change on the left, bringing in Thomas Lemar for Renan Lodi. The home side capitalized on the momentary uncertainty, with Karim Bellarabi left in plenty of space to cross for Volland, who let fly with his weaker right foot inside the bottom corner in the 55th.

Amiri was sent off late for a bad challenge on Santiago Arias but Leverkusen managed to hold on.