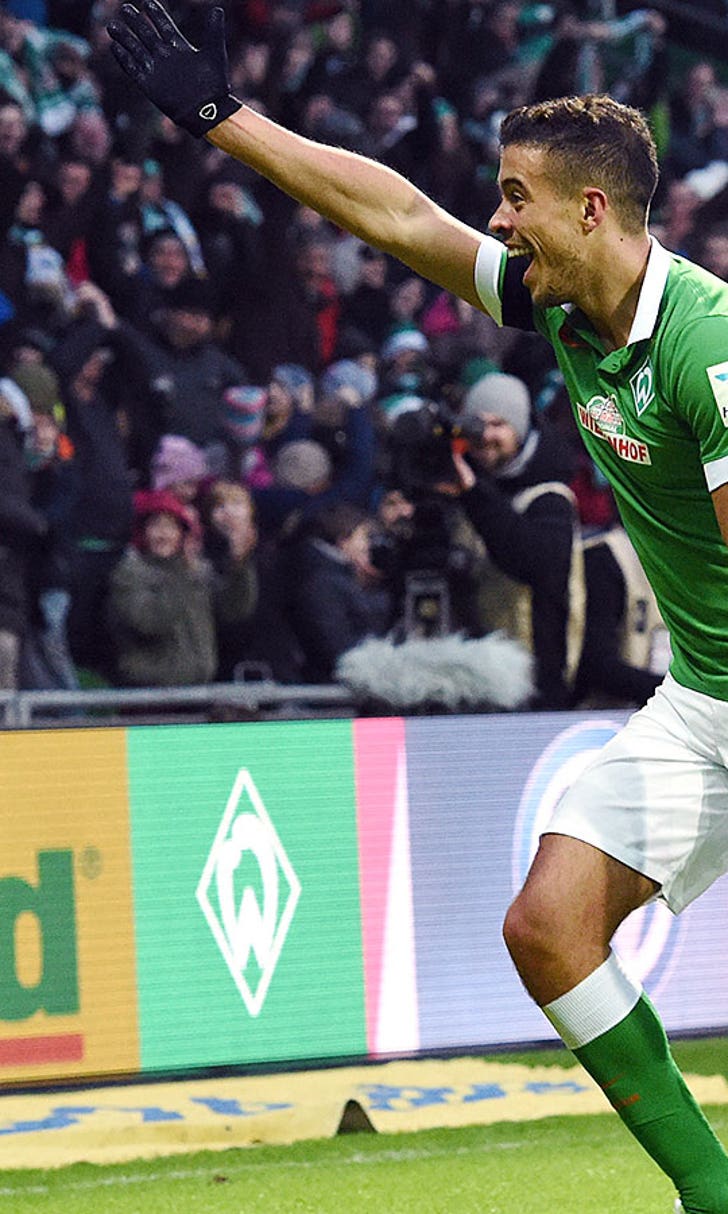 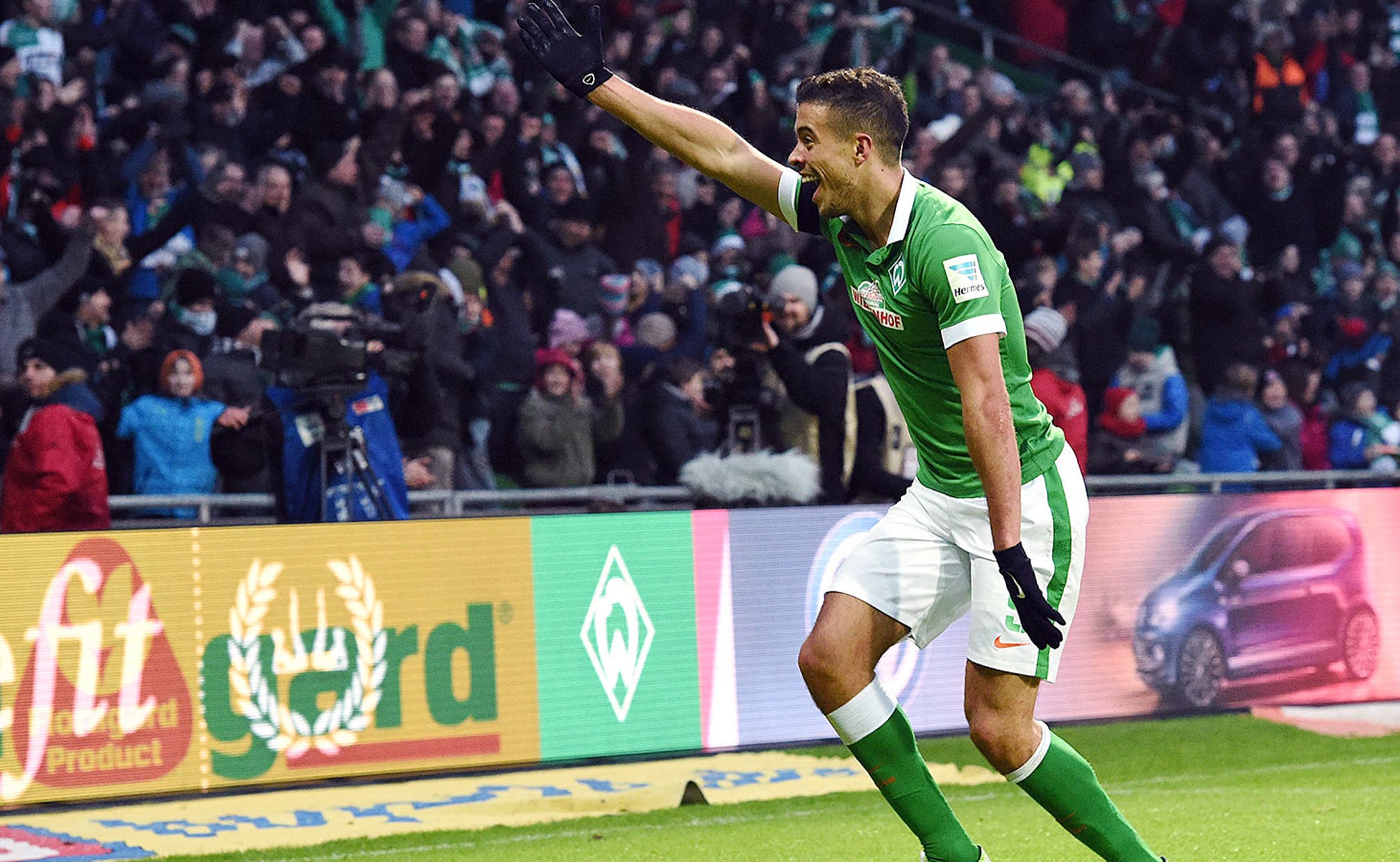 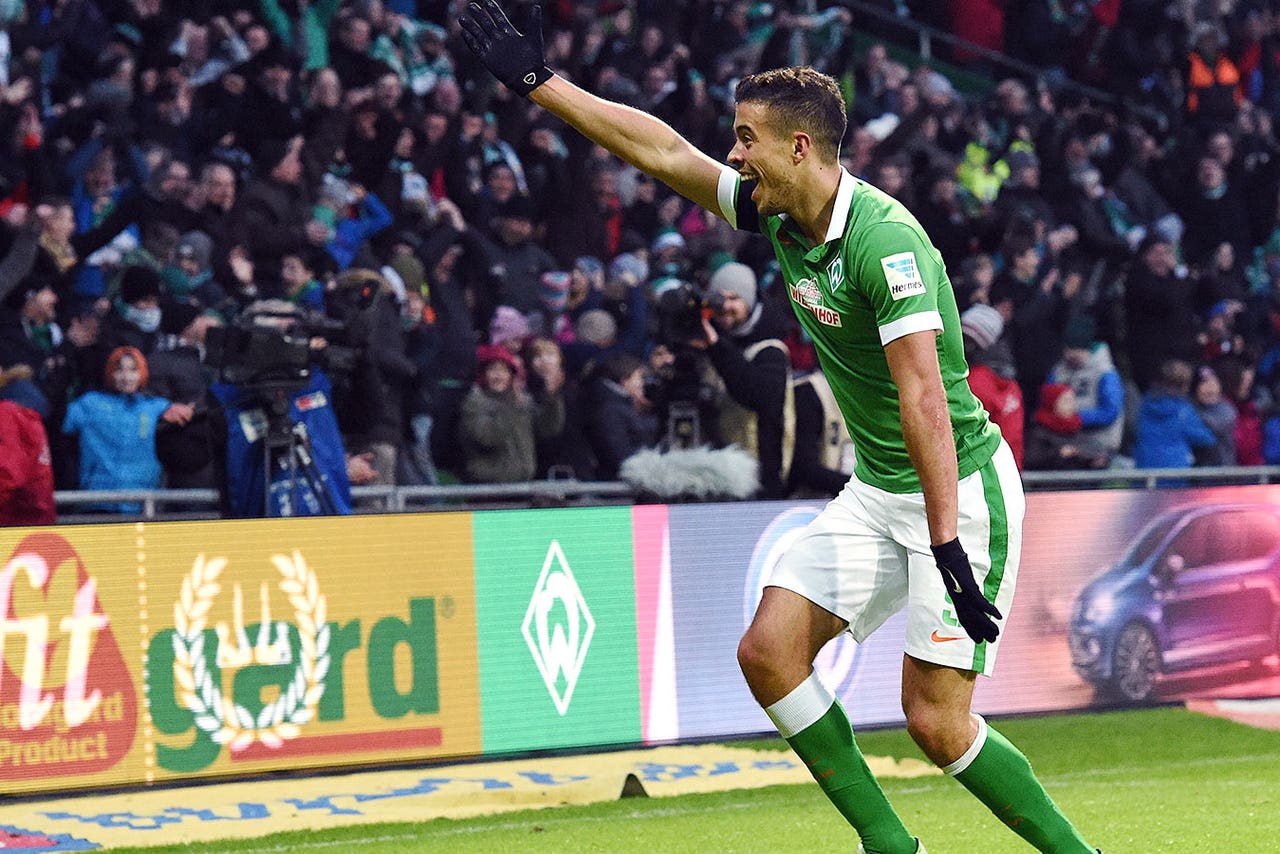 Werder Bremen got two fine goals from Franco Di Santo and a solid, imposing performance from the rest of the cast Sunday afternoon to defeat Hertha BSC Berlin 2-0 and jump to 12th in the Bundesliga table.

It's so tight in the lower half of the German league -- there are just six points between 10th-place Cologne and dead-last Borussia Dortmund -- that Werder Bremen picked up four spots in the table with the victory, just as SC Freiburg had done on Saturday.

Good as their performance Sunday, Viktor Skrpnik's revitalized side remain only three points out of the drop zone. Hertha may be the club in more trouble, however, remaining just a point clear of the bottom three after showing precious little invention.

Werder Bremen made virtually all of the running but had to wait until the 44th minute to make that pay off. Di Santo got them ahead with a perfectly placed drive from the top right that flew across Thomas Kraft and into the top left netting.

That was certainly reward for Bremen's approach, which had been to push forward from the start. As early as the sixth minute Jannik Vetergaard, impressive on his debut after being acquired from Hoffenheim, fired just over the bar from long range, then Davie Selke created a couple of opportunities to test Kraft.

Philipp Bargfrede, also showing well Sunday in his midfield role, brought the best from the Hertha keeper, before there was nothing Kraft could do about Di Santo's finish.

Di Santo's second was spectacular, a cross-body volley to a Selke cross in the 70th minute that wound up in the far right corner and effectively killed the match.

Hertha offered little to test the home side's defense and looked a side searching for some attacking identity. Ronny saw little of the ball and the midfield was unable to impose itself on a hard-working Bremen side.

Augsburg moved fifth in the table, level on 30 points with third-place Borussia Moenchengladbach and fourth-place Schalke when they edged seventh-place TSG Hoffenheim, 3-1 in the Sunday night match. Two goals in three minutes just before the half gave Augsburg the cushion needed to take the points on a snow-covered pitch.

Halil Altintop was at the far post in the 39th minute to head in a cross from Pierre Hojbjerg, then Tobias Werner curled in a free kick from the right which deceived Oliver Baumann and crept into the far left corner. Ragnar Klavan helped, too, trying to get a flick header on Werner's free, effectively anchoring Baumann on his line.

Hoffenheim's reply came from Roberto Firmino, whose rose with his back to goal and got enough of a header on Pirmin Schwegler's left side free kick to beat Alex Manninger in the Augsburg goal in first half stoppage time.

The groundsmen cleared the pitch at halftime and there was a respite from the weather for a spell, but heavy snow returned with 15 minutes to play. Hoffenheim could not beat Manninger to get an equalizer with some late pressure in the deteriorating conditions.

Then Raul Bobadilla, sent away clean down the right by Dominik Kohr, cut inside and gave Baumann no chance three minutes into stoppage time.