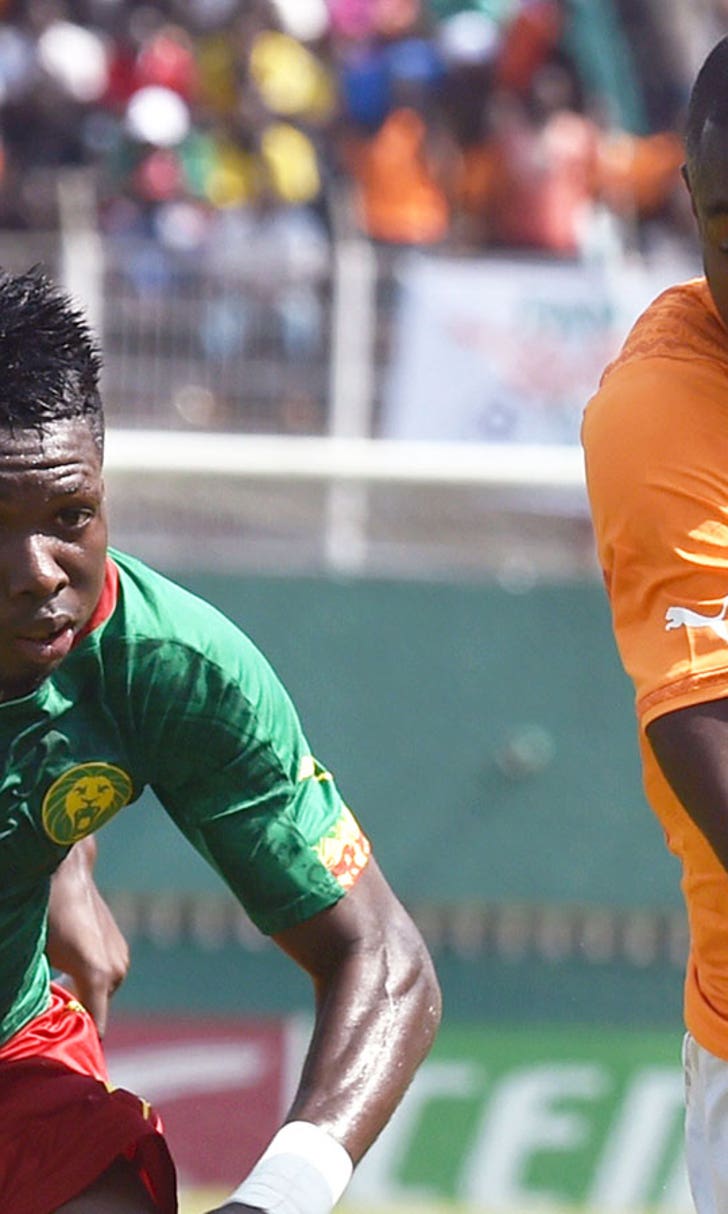 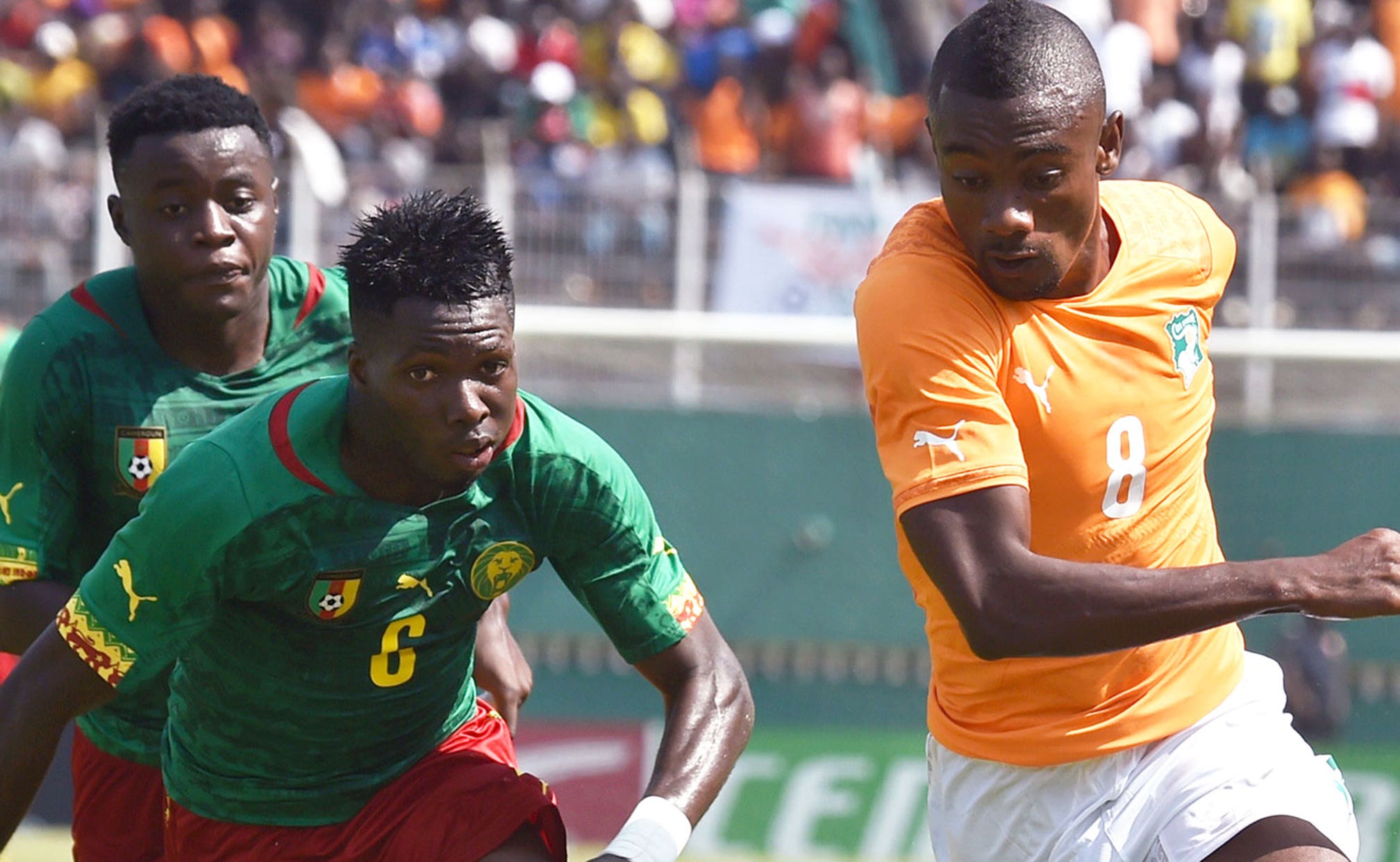 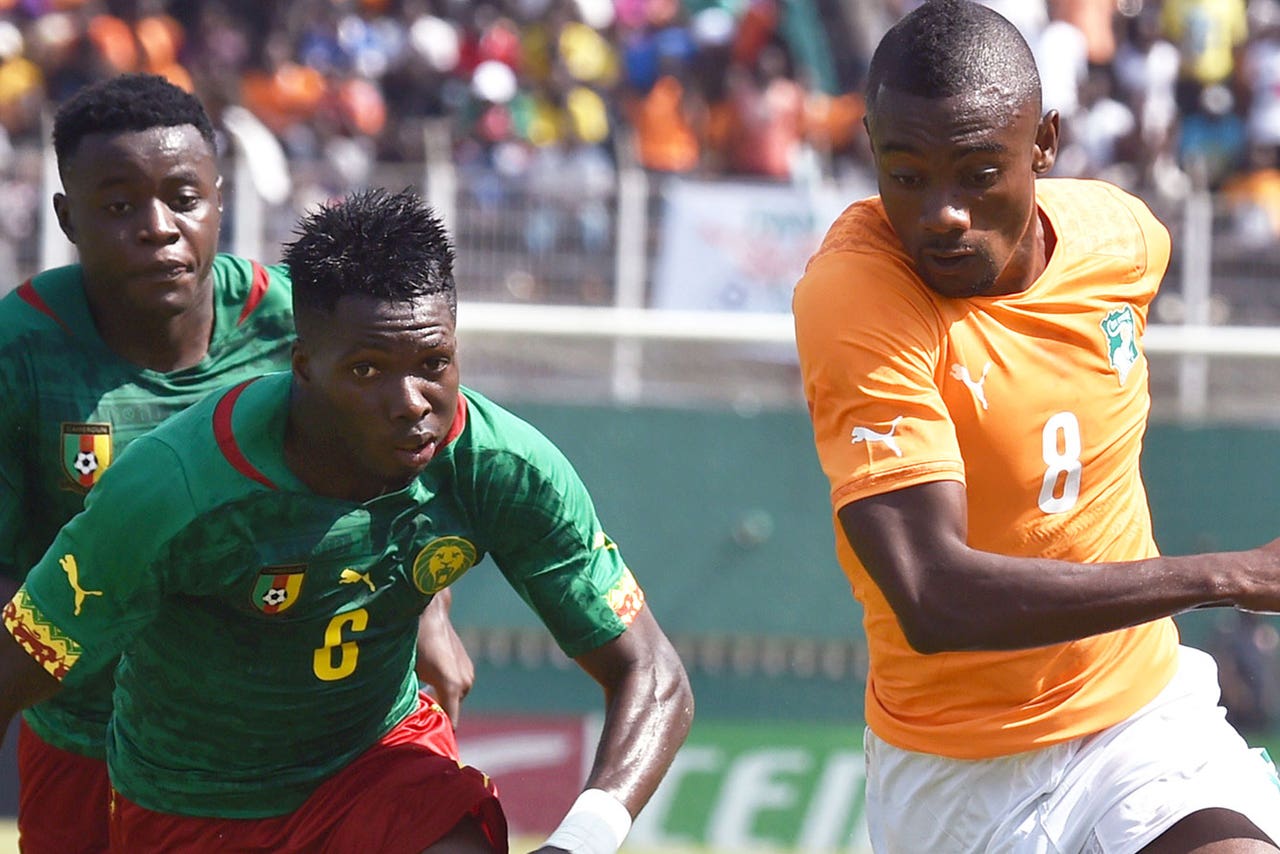 Nigeria won't get the chance to defend its title at the African Cup of Nations next year after drawing 2-2 at home to South Africa on Wednesday to miss out on the finals on the last day of qualifying.

Nigeria scored two late goals to claim a frantic draw in front of a desperate home crowd. But Republic of Congo's 1-0 win in Sudan in Group A's other game saw it spring the big surprise in qualifying and take the other automatic place behind the already-qualified South Africans.

The Nigerians also failed to secure a place at the 2015 Cup of Nations as the best third-place team across the seven groups.

Cote d'Ivoire and Ghana left it late, but managed to qualify for the tournament in Equatorial Guinea in January and February, as did Guinea and Mali.

The Ivorians secured the point they needed with a 0-0 draw at home to Cameroon to finish second to the Cameroonians in Group D.

Ghana won 3-1 win at home against Togo to ensure they will be at the finals.

Needing a win to get the chance to defend a title it won last year in South Africa, Nigeria fell 2-0 behind in Uyo to a brace from Tokelo Rantie in six minutes either side of halftime.

The African champions gave themselves a glimmer of hope when Sone Aluko side-footed home in the 69th minute after a shot rebounded off the South African post. Aluko made it 2-2 deep into injury time with his second, but Nigeria couldn't find a winner.

Cote d'Ivoire overcame any last-day nerves it may have had to draw with Cameroon and just do enough earlier Wednesday. That result meant Congo's 3-1 win over Sierra Leone in the group's other game wasn't enough for the Congolese to qualify automatically. Congo could still go through as the best third-place team, though.

Ghana made sure of its passage with goals by Majeed Warris, Wakaso Mubarak and Emmanuel Agyemang-Badu against Togo in Tamale.

Guinea qualified second behind Ghana in Group E after a 2-0 win over Uganda at an empty stadium in Casablanca in neutral Morocco. Guinea has been banned from hosting qualifying games because of the Ebola virus outbreak back home.

Mali, a semifinalist at the last two Cup of Nations tournaments, also avoided a surprise elimination in qualifying when it ended Algeria's five-game winning run in Group B with a 2-0 victory in Bamako. Mali joined the Algerians at the Cup of Nations with the victory and ensured minnow Malawi missed out after its 0-0 draw in Ethiopia.

One more place is available for the best third-place team, with Congo in place to claim that. Egypt or Angola could still steal that from the Congolese with wins in Wednesday's late games.