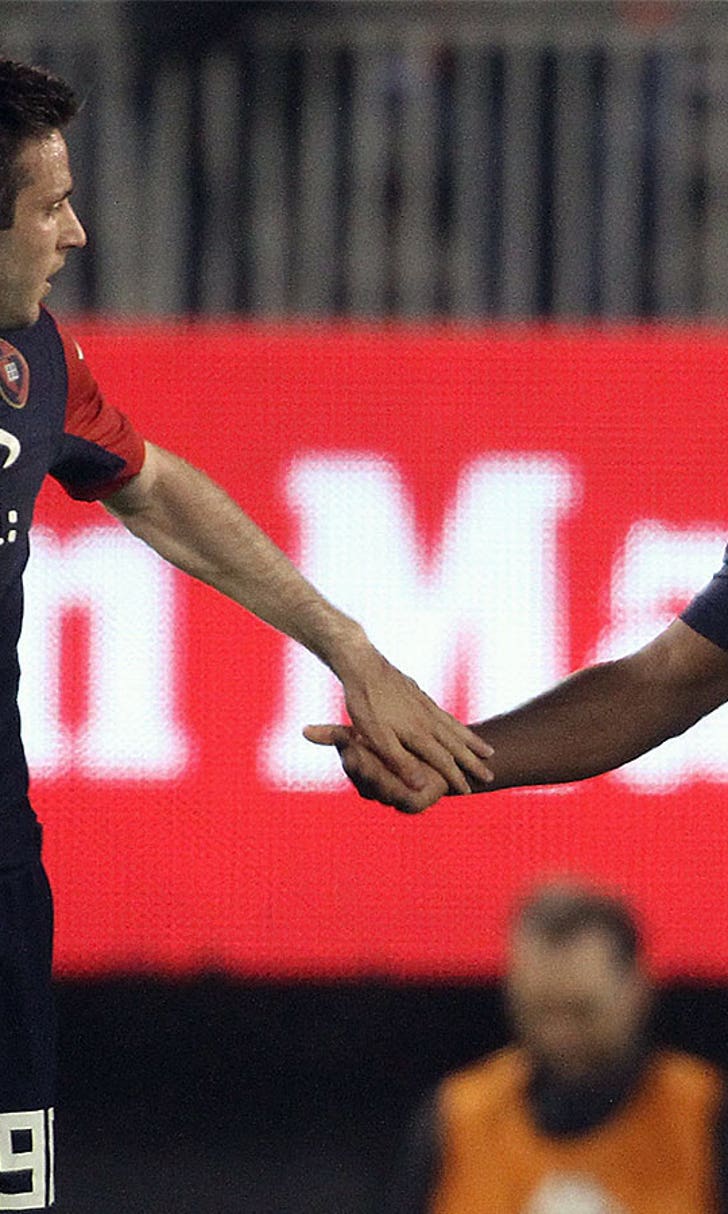 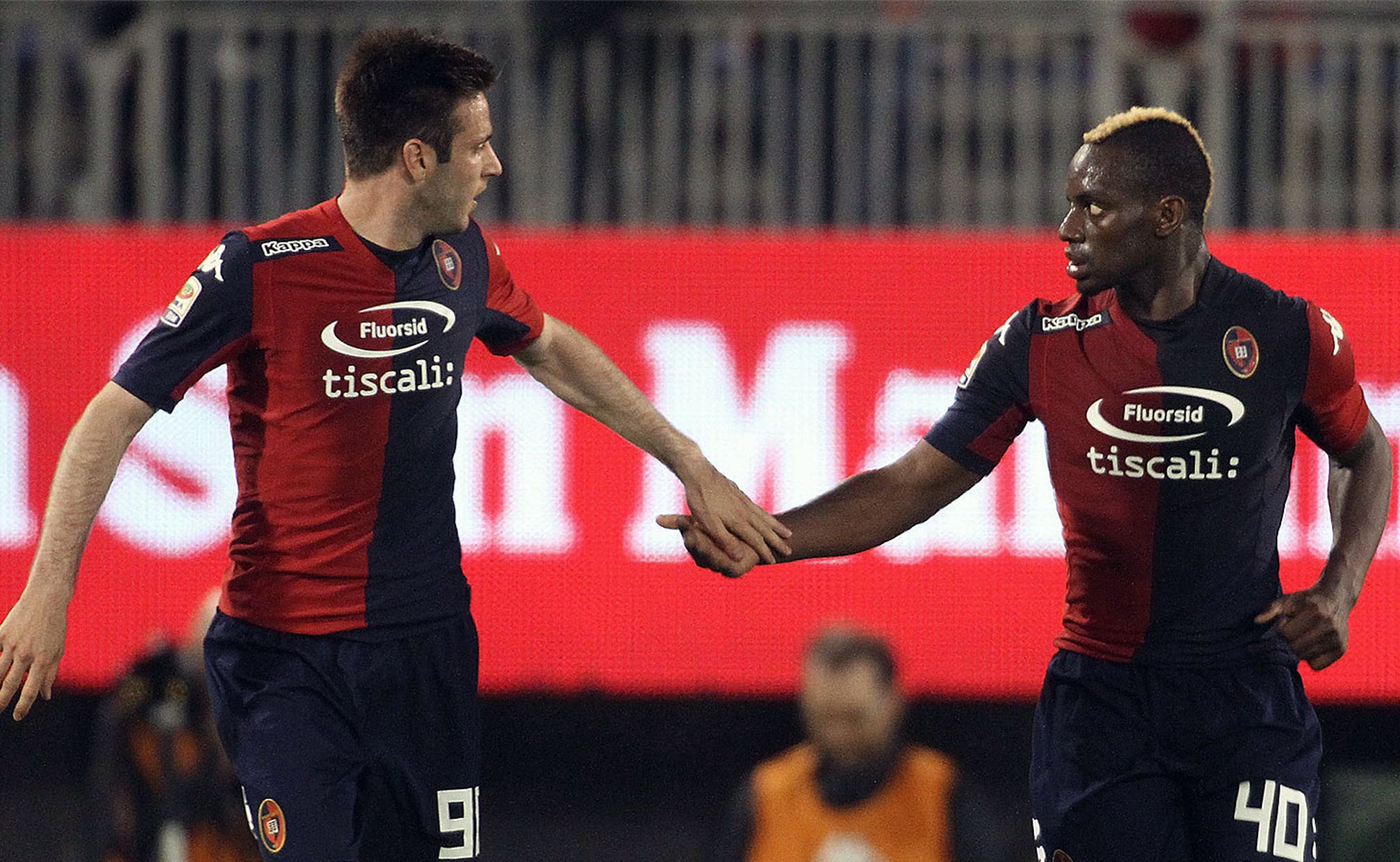 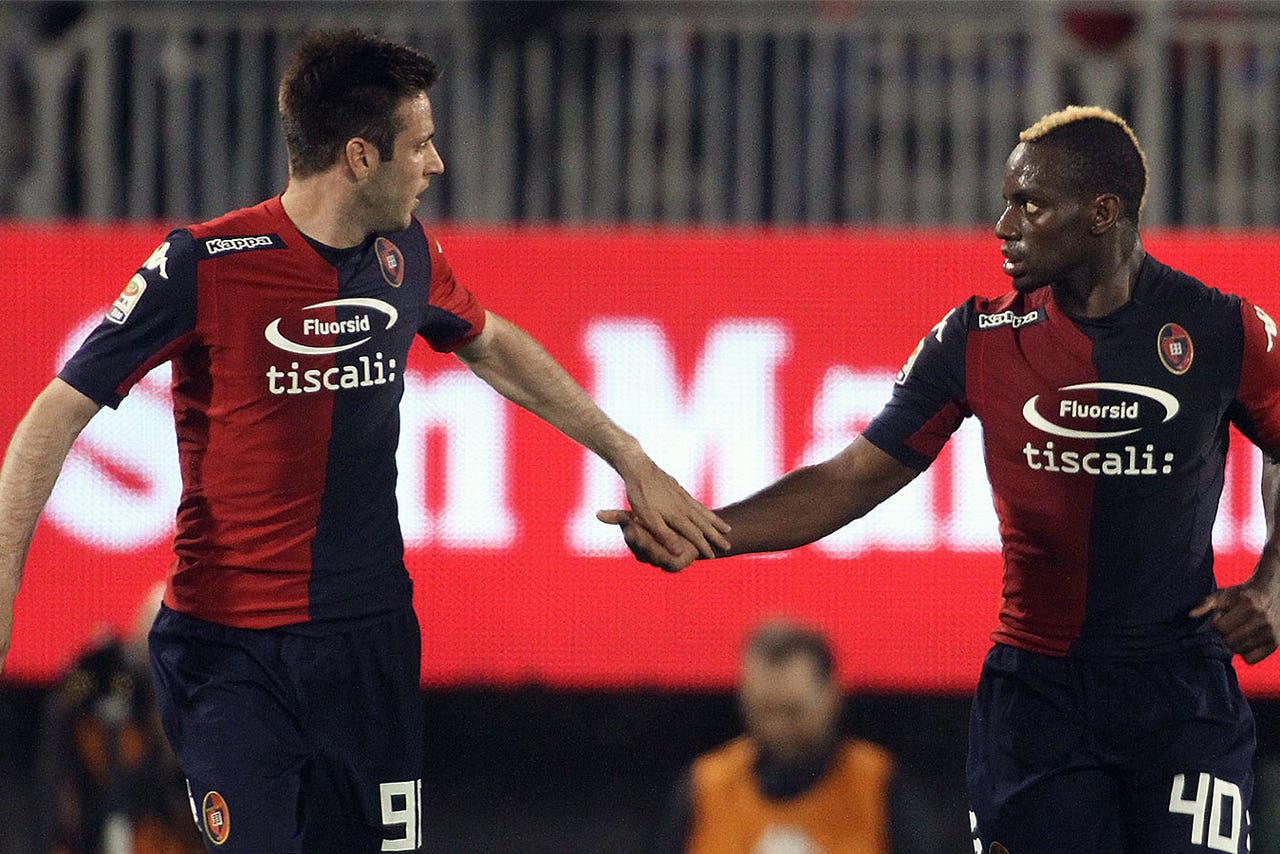 The bankrupt northerners were relegated last week but Cagliari can still survive if they catch up with 17th-placed Atalanta, who are now only six points better off with four games remaining.

Gianluca Festa's men would have looked doomed had they not won but Albin Ekdal, Diego Farias, Paul-Jose M'Poku and Duje Cop put Parma to the sword by scoring four unanswered goals.

The Sardinians' next appointment is Saturday's trip to face newly-crowned Serie A champions Juventus in Turin.

While Parma have nothing left to play for, Cagliari are fighting for their lives and would not get a better chance to claim a victory than in this home meeting with the league's worst side.

Jose Mauri's early sighter made it look as if the visitors were up for the challenge but it was a false dawn.

Three minute in, Ekdal notched Cagliari's first goal after the confusion that followed a corner allowed Luca Rossettini to set up his Swedish team-mate for an easy finish.

The Sardinians kept pushing and after both Cop and Farias missed from good positions, the latter doubled his team's lead.

M'Poku's pass from deep found the on-loan Chievo striker and he dribbled his way around Andrea Costa before beating Alessandro Iacobucci with a cool angled drive.

Parma enjoyed a brief fightback, with Mauri forcing a good save from Zeljko Brkic before Massimo Coda missed the mark from close range. Then, in the 21st minute, young talent Mauri shot over the bar from the edge of the area.

Cagliari wrested back control and made it 3-0 seven minutes before the break.

A helpful deflection off Pedro Mendes saw Cop's pass move into M'Poku's path and he wandered out right before slamming home with power.

Parma looked better organised when play resumed and Coda should have pulled a goal back in the 50th minute.

Rossettini blocked his close-range effort and Cagliari were soon back on the offensive when Farias drew a punched save from Iacobucci and Ekdal nodded the ball past a post a few moments later.

Parma's defense resembled statues as Danilo Avelar cut in from the left and set up Cop for an easy conversion.

Although the result was well out of their hands, the Gialloblu put together a decent attacking move late on, with Gobbi coming closer to goal than he had been before when receiving Raffaele Palladino's clever backheeled pass.