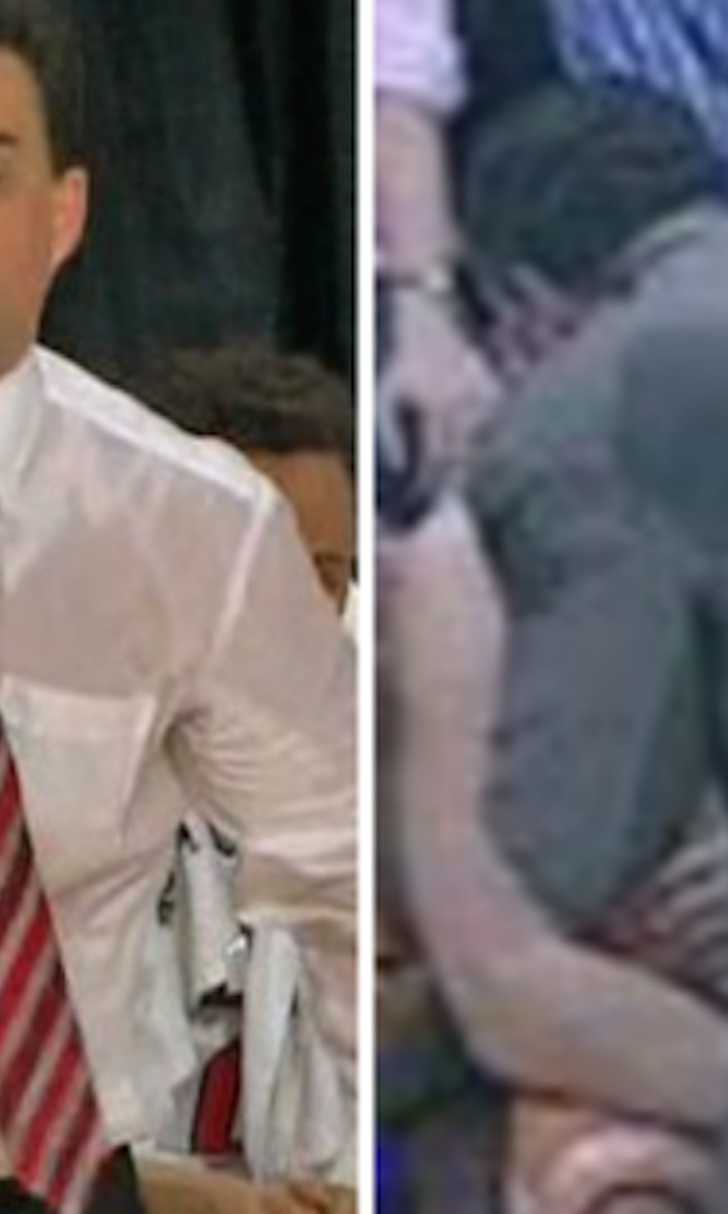 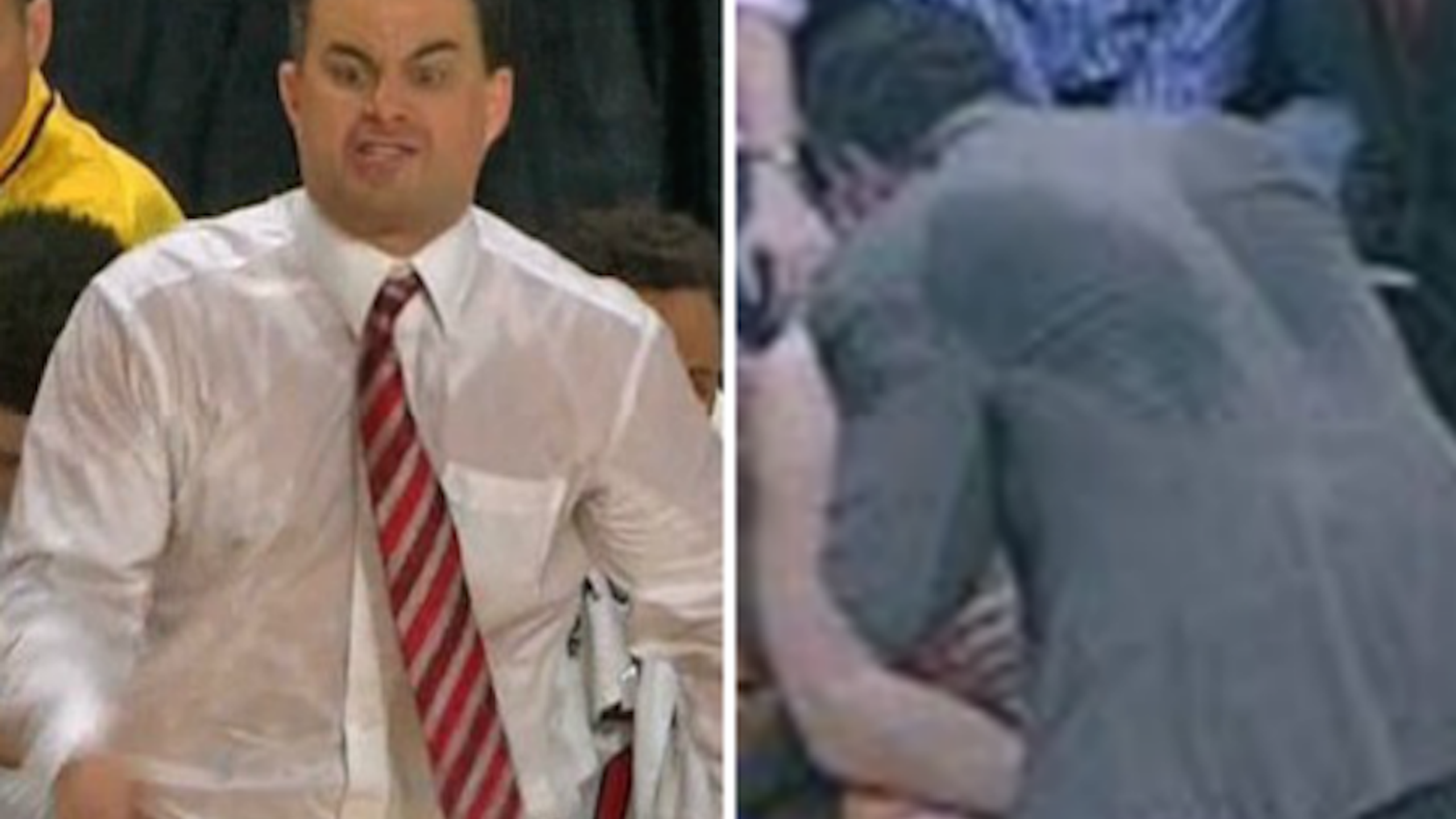 Who sweat it better (or worse): Arizona's Sean Miller or Bruce Pearl? 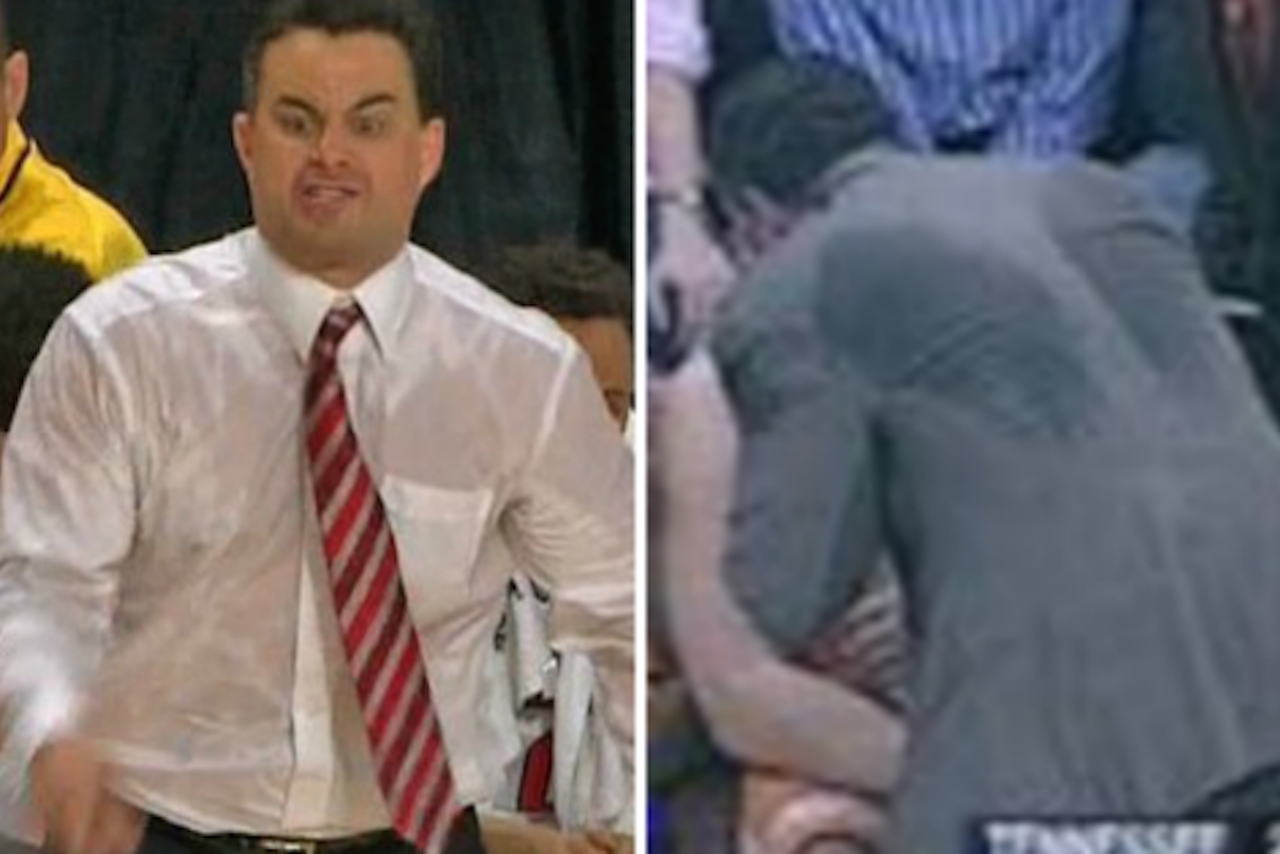 In the epic battle for hardwood homeostasis, no college basketball coaches have fought harder than Arizona's Sean Miller and Bruce Pearl of Auburn (previously of Tennessee).

During Thursday's first-round game between Miller's Wildcats and the Wichita State Shockers, floodgates opened for the 47-year-old coach who was drenched in sweat by halftime. Here's the progression, courtesy CBS Sports:

Sean Miller's first half has been WET and WILD. https://t.co/nFW8rREXEf

Unfortunately, Miller was competing in the NCAA basketall tournament, not a wet t-shirt contest.

Back in 2006, the famously emotive and sweaty Bruce Pearl managed to sweat through not only a shirt (and probably undershirt) but his entire suit (pants also if memory serves correct)! Refer to the image up top or in this video that shows portions of the Volunteers-Gators game when it occurred:

Now the point of this exercise: Who sweat it better?! Interpret that in any manner you choose and respond in the poll: