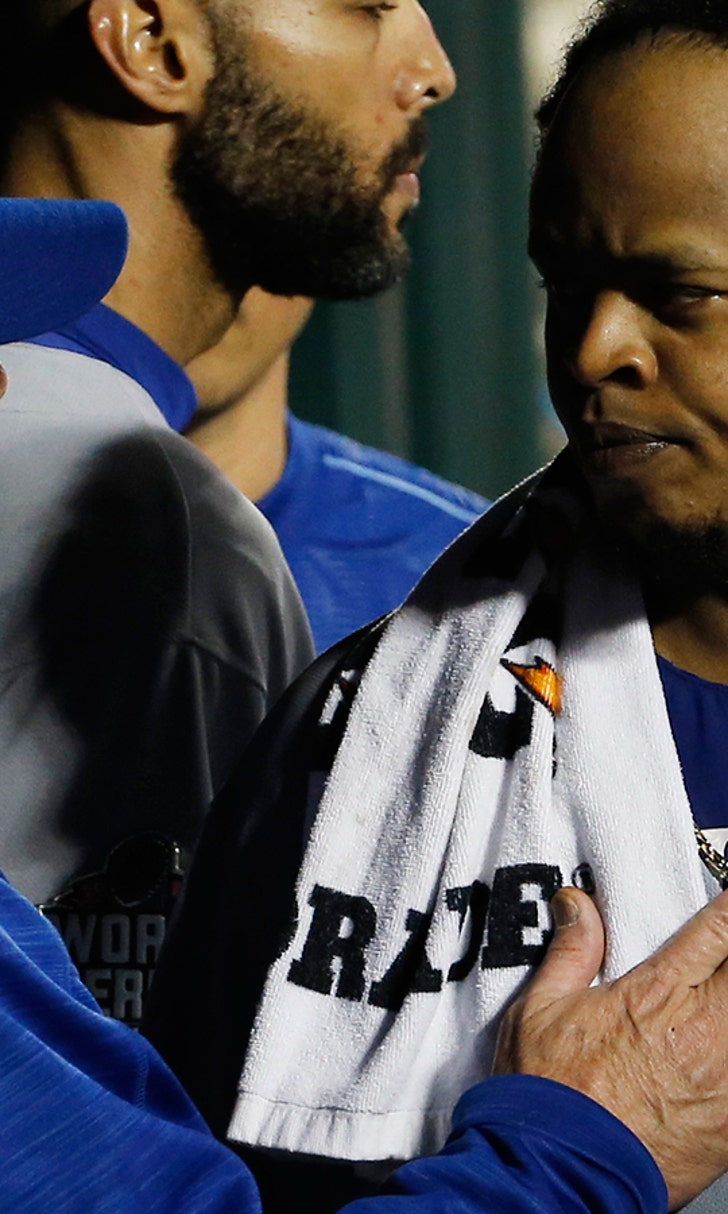 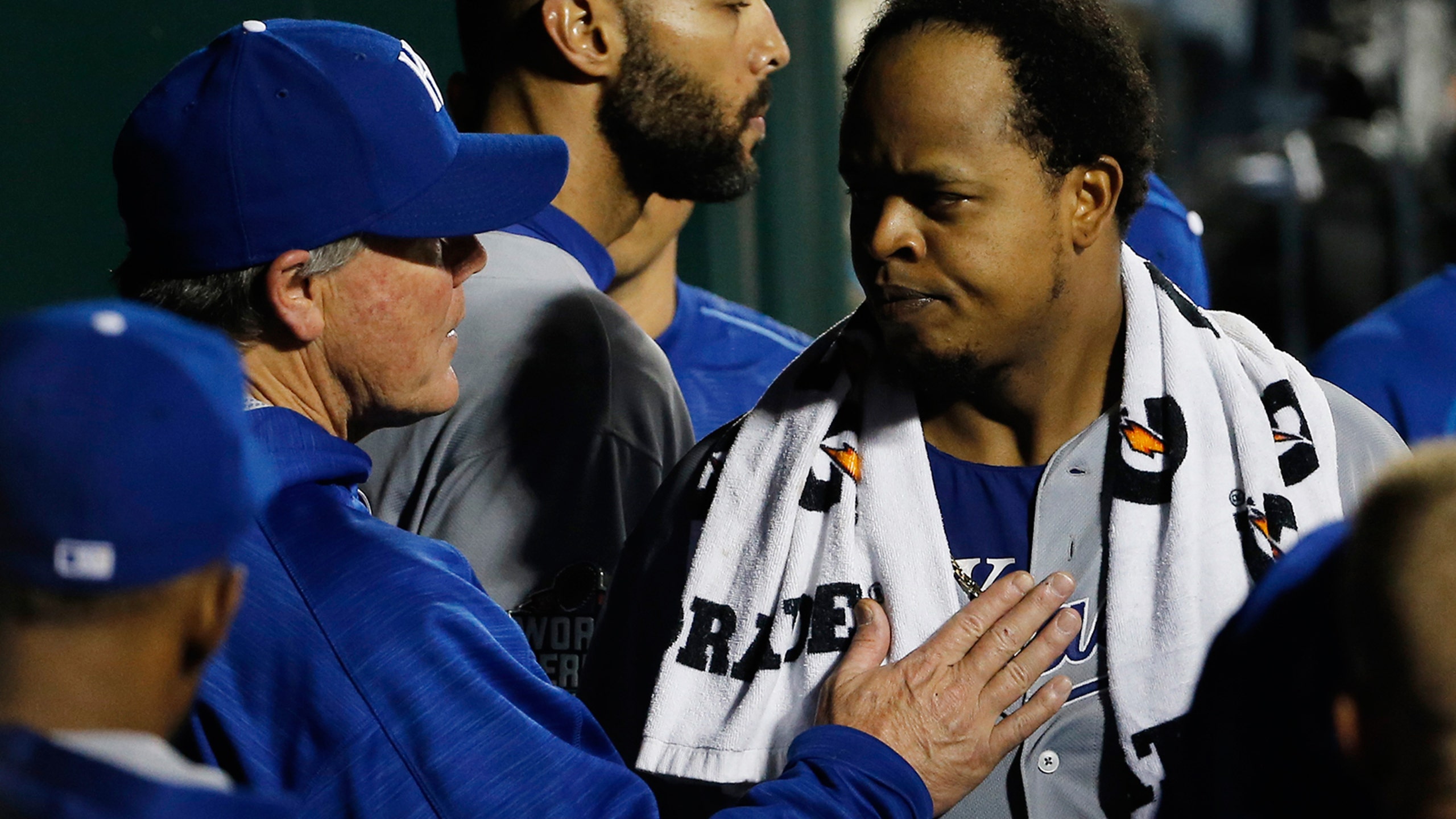 Volquez gets title, not win, in start following dad's death 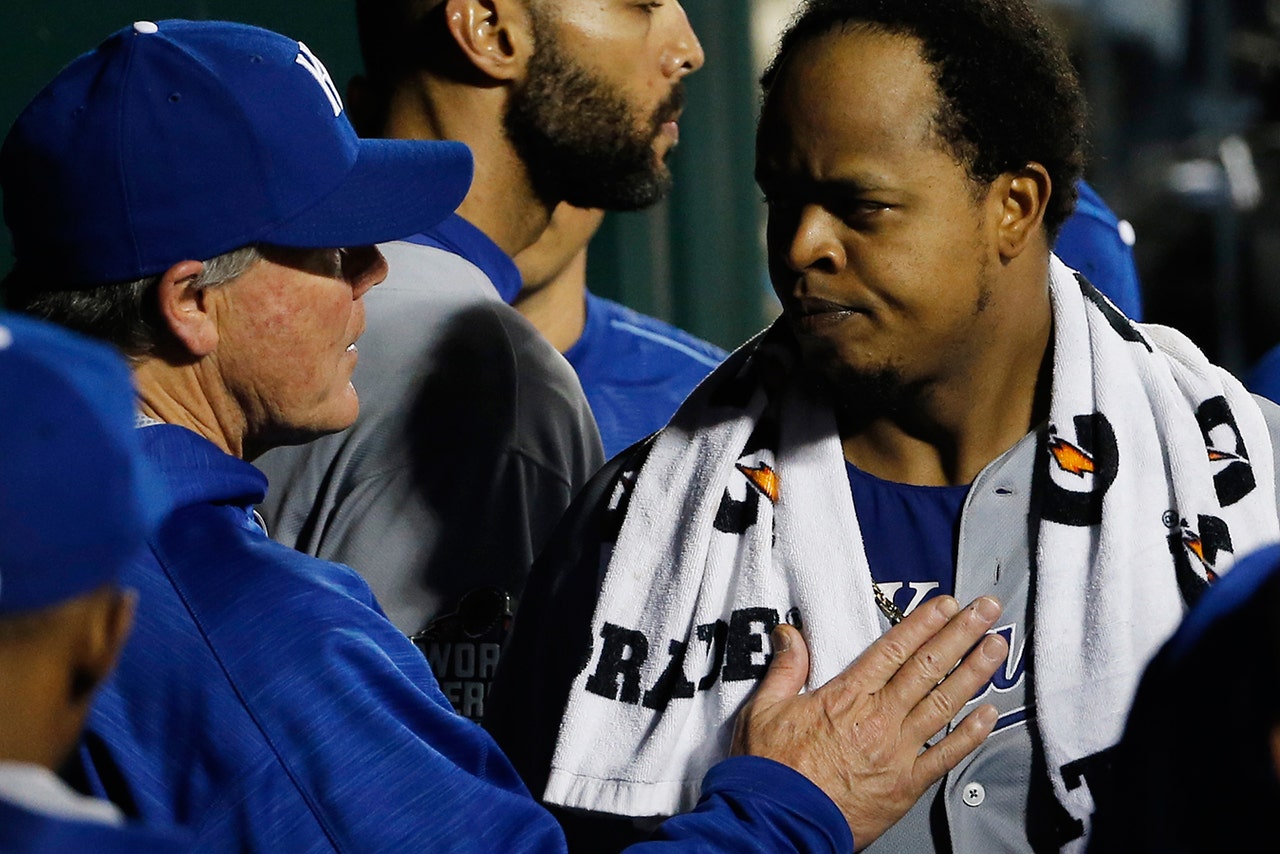 NEW YORK -- Edinson Volquez inscribed his father's initials on the back of the mound and on the inside of his cap.

He pitched for himself, the Royals, all of Kansas City -- and his late dad.

Volquez was good enough to keep Kansas City close for six innings, and that was good enough for the Royals, who rallied to beat the New York Mets 7-2 in 12 innings early Monday morning for their first World Series title since 1985.

"I felt my dad when I was walking to the bullpen, like he was walking behind me, and in the first inning, my feelings were there, like my dad was watching the game," Volquez said. "But I was able to calm myself down and do what I was supposed to do."

Volquez hung an 87 mph changeup to Curtis Granderson on his third pitch of the night, an 0-2 offering, then allowed Lucas Duda's sixth-inning sacrifice fly that gave New York a two-run lead.

"My mom wanted me to pitch, and my dad would want to see me pitch," he said. "It was hard in the first inning for me to stay under control and to not think about my dad."

The pitcher's father, 63-year-old Daniel Volquez, died of heart failure hours before his son started the opener Tuesday night. Volquez said he got the news after Kansas City's 5-4, 14-inning win. He flew home to the Dominican Republic, then rejoined the Royals on Saturday just before the start of Game 4.

"Everything we do tonight is for Edinson Volquez," said Perez, the Royals' catcher and Series MVP.

Volquez struggled a bit with his control, walking three leadoff batters in six innings and starting just nine of 24 batters with strikes (37.5 percent). That was the lowest percentage of any big league starter this postseason, according to STATS. But Volquez allowed just two hits and two runs, one unearned. After loading the bases with no outs in the sixth on a walk, single and error, he allowed just one run.

"He did what he did so well all year long, is he limited the damage," Yost said. "It was a phenomenal performance by him."

On the eve of the start, Volquez remembered how his father "bought me my first glove and my first spikes, brought me to the field. He knew that's what I want to be."

While he did not get the win, he will get a jewel-filled ring, one that always will remind him of his father.

"It's hard to describe the feelings." Volquez said in the Royals clubhouse. "We're going to enjoy the moment."