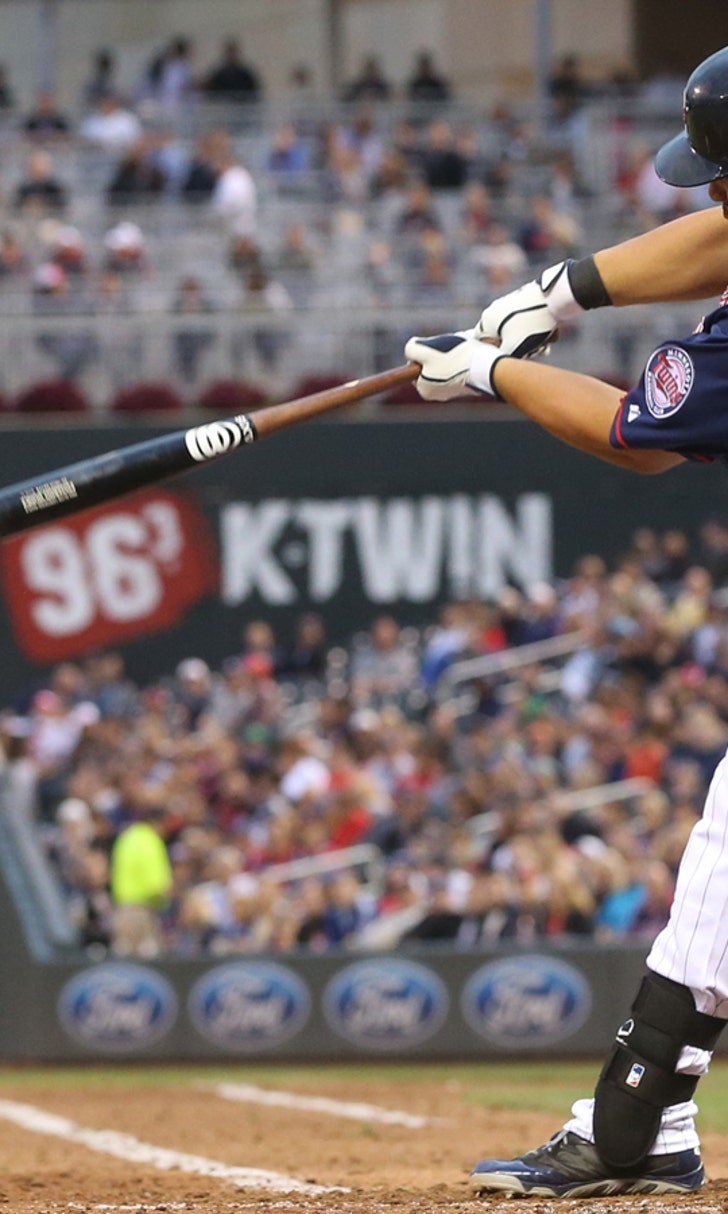 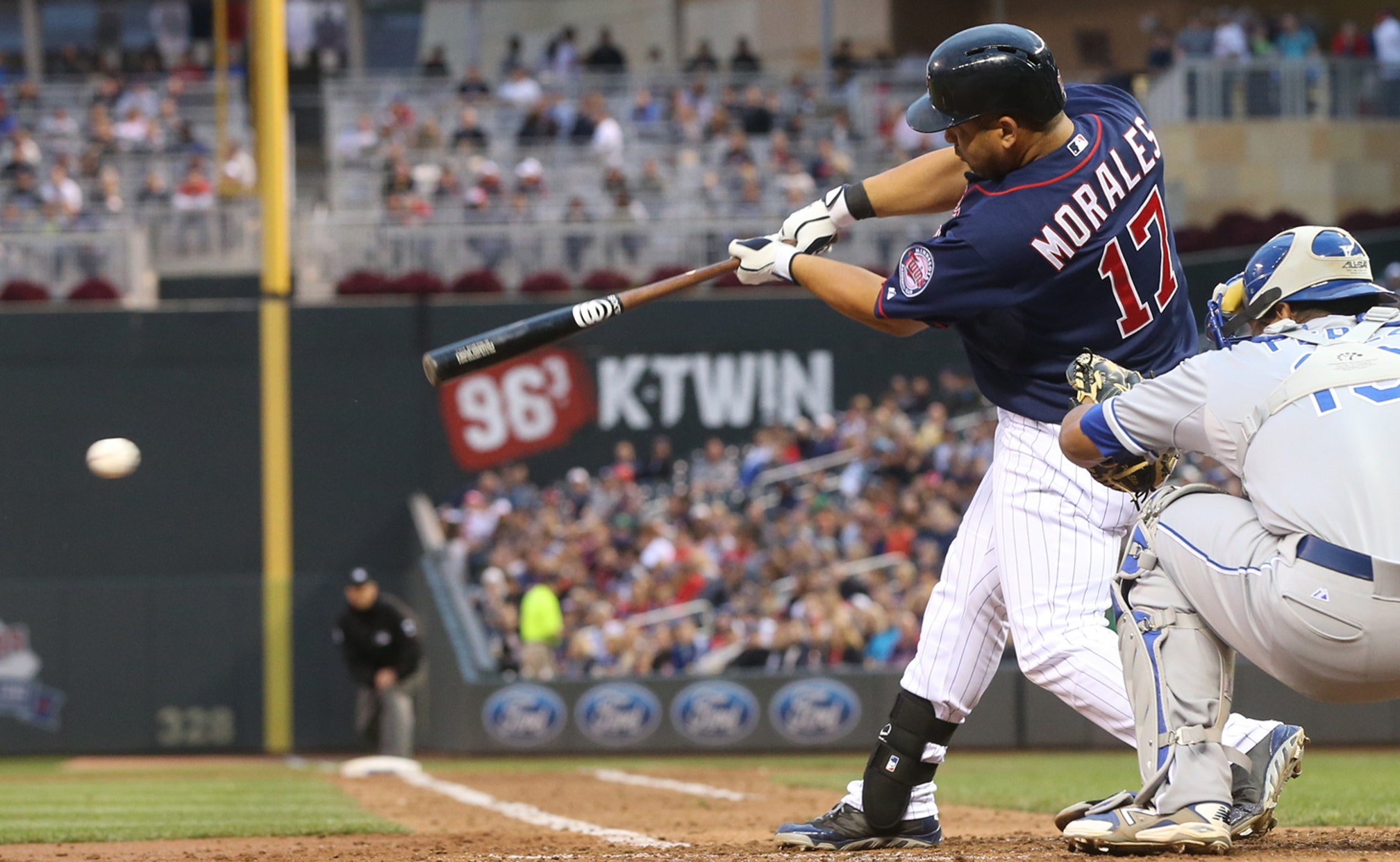 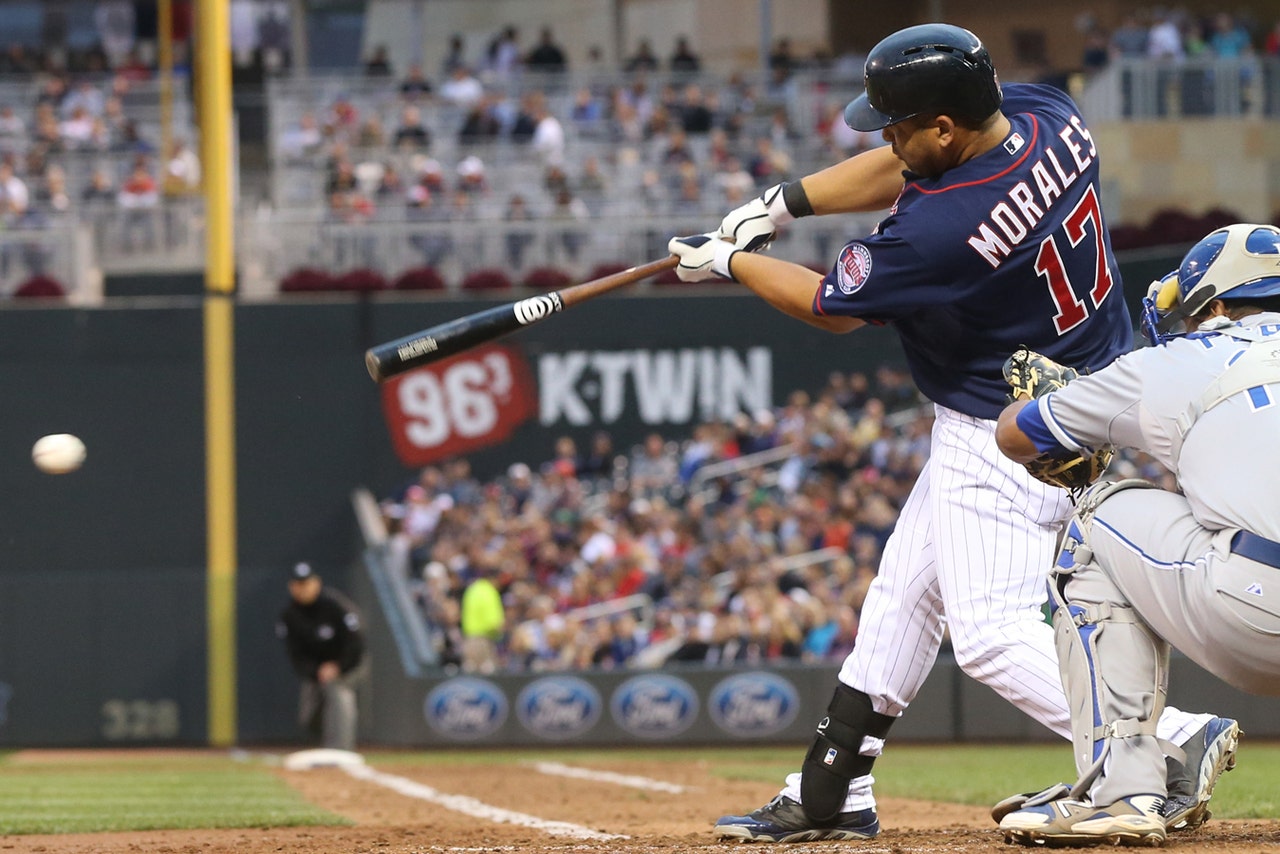 Mauer extended his hitting streak to 12 games with a two-run double down the left-field line in the fourth inning, but was noticeably limping as he ran to second base. The team said he has a strained muscle on his right side and will be evaluated Wednesday.

Eric Hosmer had four hits for the Royals.

Minnesota signed Nolasco to a $49 million, four-year contract in the offseason, hoping he would help a rotation that had a major league-worst 5.26 ERA last year. Nolasco has struggled, however, posting a 5.49 ERA. He pitched more than six innings just once in his past 11 starts.

The biggest problem of late has been locating his fastball to set up his breaking pitches.

Twins manager Ron Gardenhire said before the game that Nolasco had a good bullpen session last weekend in hopes of improving his mechanics to get better command of the pitch.

Nolasco was better Tuesday, but remained far from dominant. He gave up six hits in the first three innings before settling down and retiring the Royals in order in the fourth and sixth.

Kansas City starter James Shields (8-4) was hoping a new month would change his fortunes. It didn't.

In his shortest outing of the season, Shields allowed nine hits and five runs -- four earned -- in five innings. Although he struck out five, he was constantly behind in the count, leading to a 113-pitch outing. It was his first loss since May 2, a span of 10 starts in which he had five wins and five no-decisions.

The right-hander has a 5.66 ERA in his past eight starts, and only twice has he allowed three or fewer runs.

Nunez homered and Sam Fuld had a two-run single as part of a five-run sixth inning for the Twins.

A miscue by the Royals gave Minnesota a 2-1 lead in the third.

With Nunez on first, Chris Parmelee hit a popup to short left field with two outs. Mike Moustakas backpedaled from third base as left fielder Alex Gordon was coming in. The two nearly collided and the ball bounced off Gordon's glove to put runners on second and third. Kendrys Morales drove in Nunez with an infield single.

An RBI double by Parmelee scored Nunez in the first, but an RBI single by Moustakas evened the score in the second.

NOTES: Minnesota's Brian Dozier, who has started 79 of 82 games at second base, got the night off. He is in a 1-for-24 slump, and Gardenhire said he could sense some frustration. ... Raul Ibanez started in right field for Kansas City and went 1 for 4. The 42-year-old was signed Monday after being released by the Angels on June 21. ... Twins 3B Trevor Plouffe hit his career-high 23rd double. ... Twins RHP Kevin Correia (4-9, 5.08 ERA) faces LHP Jason Vargas (7-3, 3.53) in Wednesday afternoon's series finale.