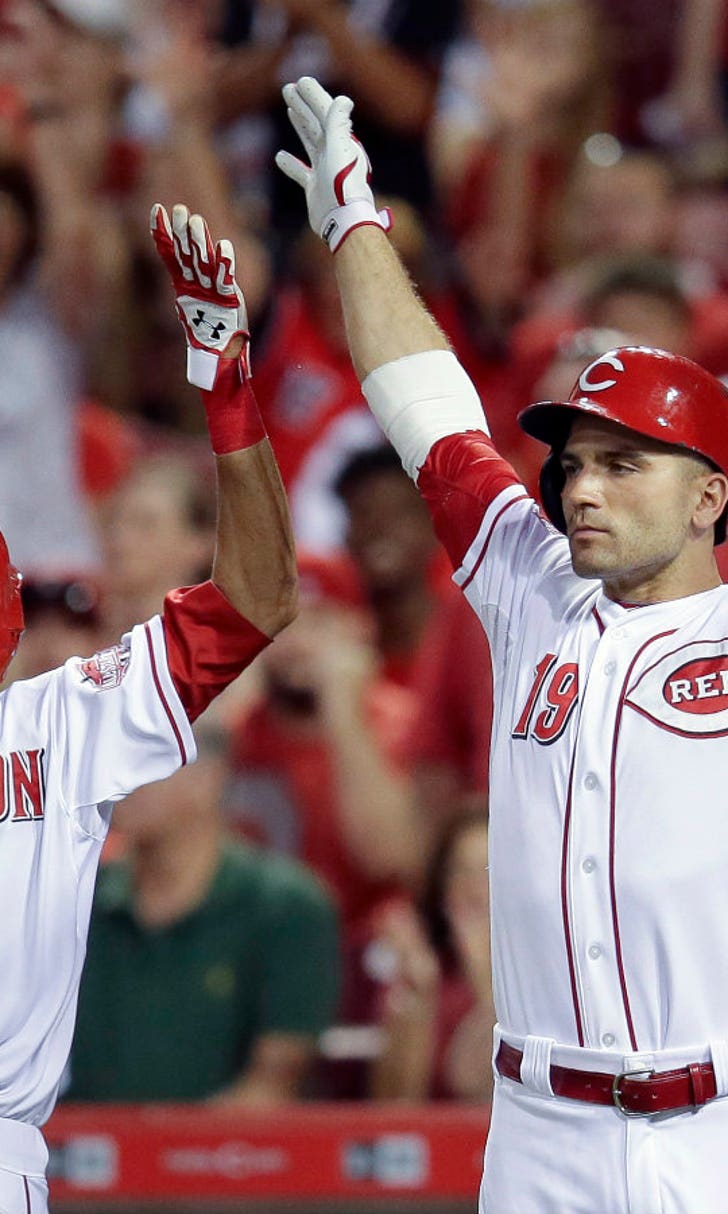 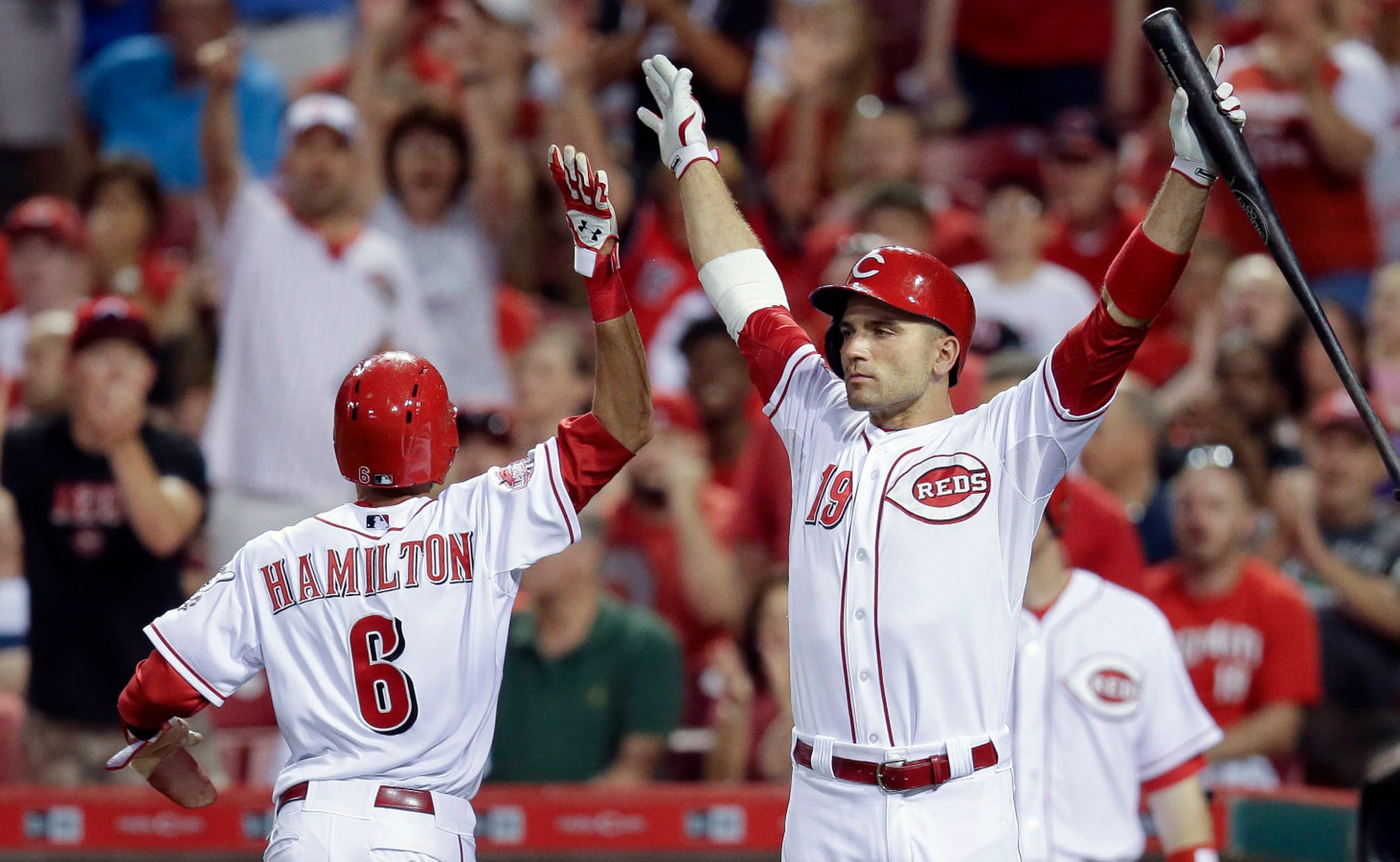 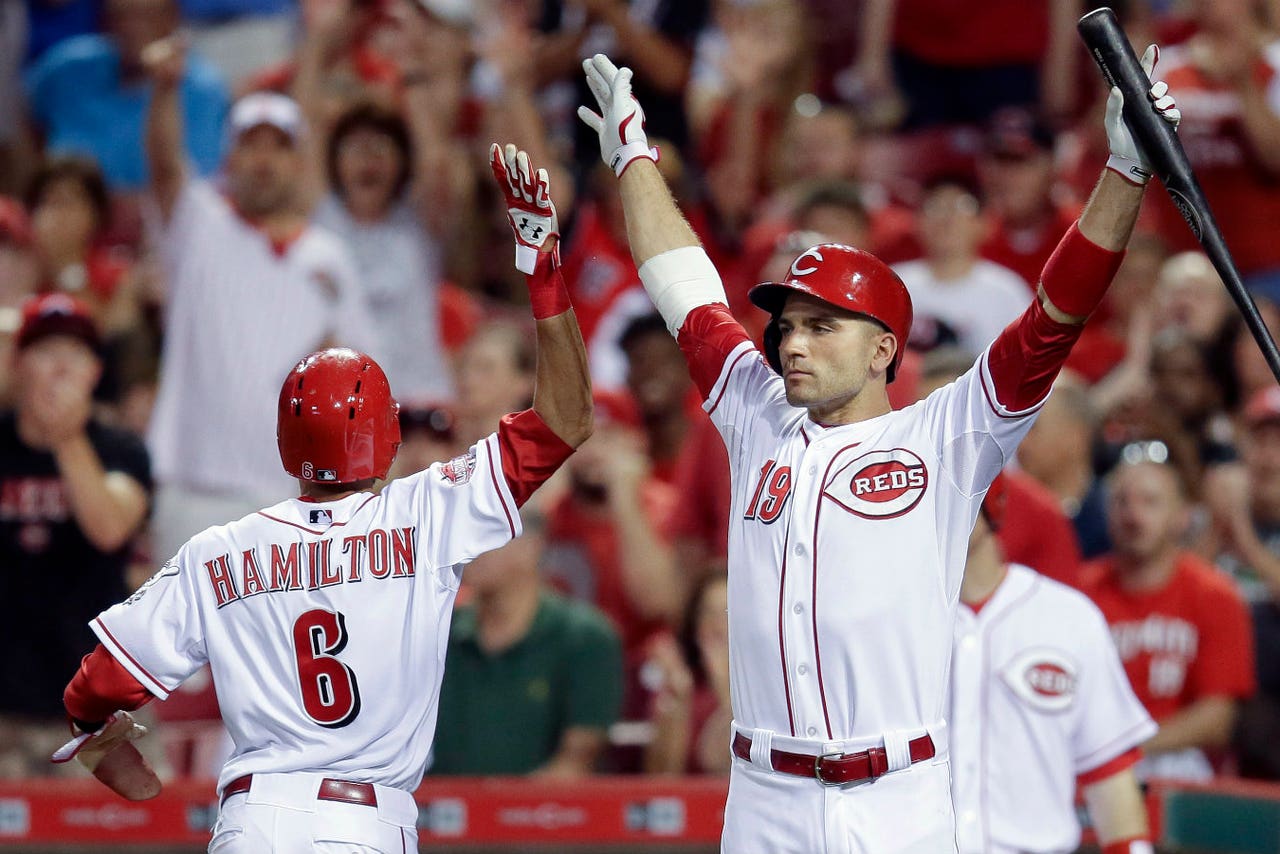 CINCINNATI (AP) -- Washington's Stephen Strasburg left after only 16 pitches, and Zack Cozart had three hits as the Cincinnati Reds rallied against the Nationals' bullpen for a 5-2 victory on Friday night.

The Reds took advantage of Strasburg's quick exit to win for only the second time in 12 games.

Strasburg gave up a solo homer in the first inning by Joey Votto --his first since April 28 -- and walked Brayan Pena on his 16th pitch to open the second inning. He shrugged after the pitch, a trainer went to the mound, and Strasburg headed for the clubhouse after a brief conversation.

There was no word on his condition by game's end. Strasburg had a rough May, failing to last four innings in four of his five starts.

Taylor Jordan (0-1) took over and gave up three runs in the sixth. Brandon Phillips -- limited to pinch hitting because of a sore toe -- tied the game with a sacrifice fly. Billy Hamilton singled for a 3-2 lead, stole second, and came home on Cozart's third single of the game.

Tony Cingrani walked the bases loaded with two outs in the eighth, but J.J. Hoover fanned Ian Desmond to end the threat. Aroldis Chapman gave up a single to Bryce Harper in the ninth while getting his eighth save in as many chances.

Todd Frazier added a solo homer, his 15th, as the Reds pulled away. Thirty of his 44 homers in the last two seasons have come at Great American Ball Park.

The Nationals played their first game since a CT scan found that outfielder Jayson Werth broke his wrist in two places when he was hit by a pitch on May 16. He's sidelined indefinitely.

DeSclafani, one of three rookies in the Reds' rotation, was 0-4 in his last six starts. He gave up a pair of runs and eight hits. Desmond singled in the first inning, extending his hitting streak to 13 games.

Nationals: Right-hander Doug Fister, who went on the disabled list on May 15 with tightness in his forearm, threw without problem on Friday. He hasn't yet thrown a bullpen session.

Reds: Johnny Cueto, sidelined by inflammation in his pitching elbow, won't start again until at least next week.

Nationals: Left-hander Gio Gonzalez is 2-1 with a 1.06 ERA in five career starts against the Reds.

Reds: Raisel Iglesias makes his fourth start overall and his second filling in for Cueto. He lasted only three innings in a 5-2 loss in Cleveland on Sunday.