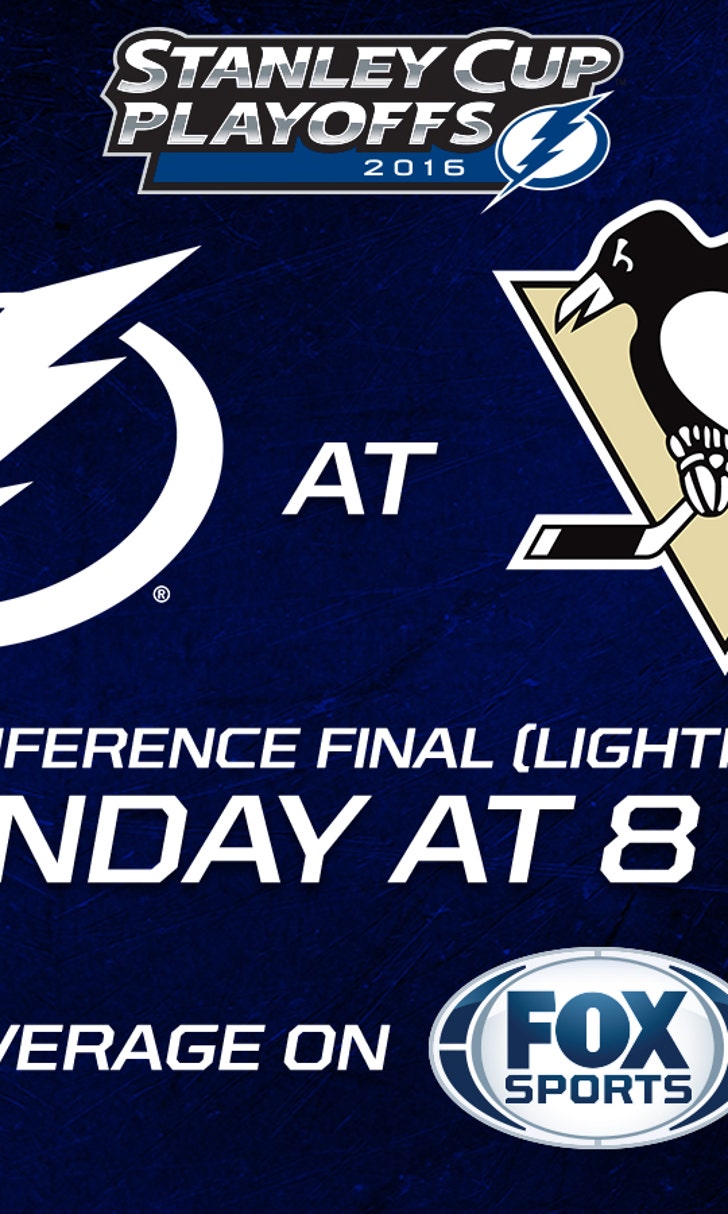 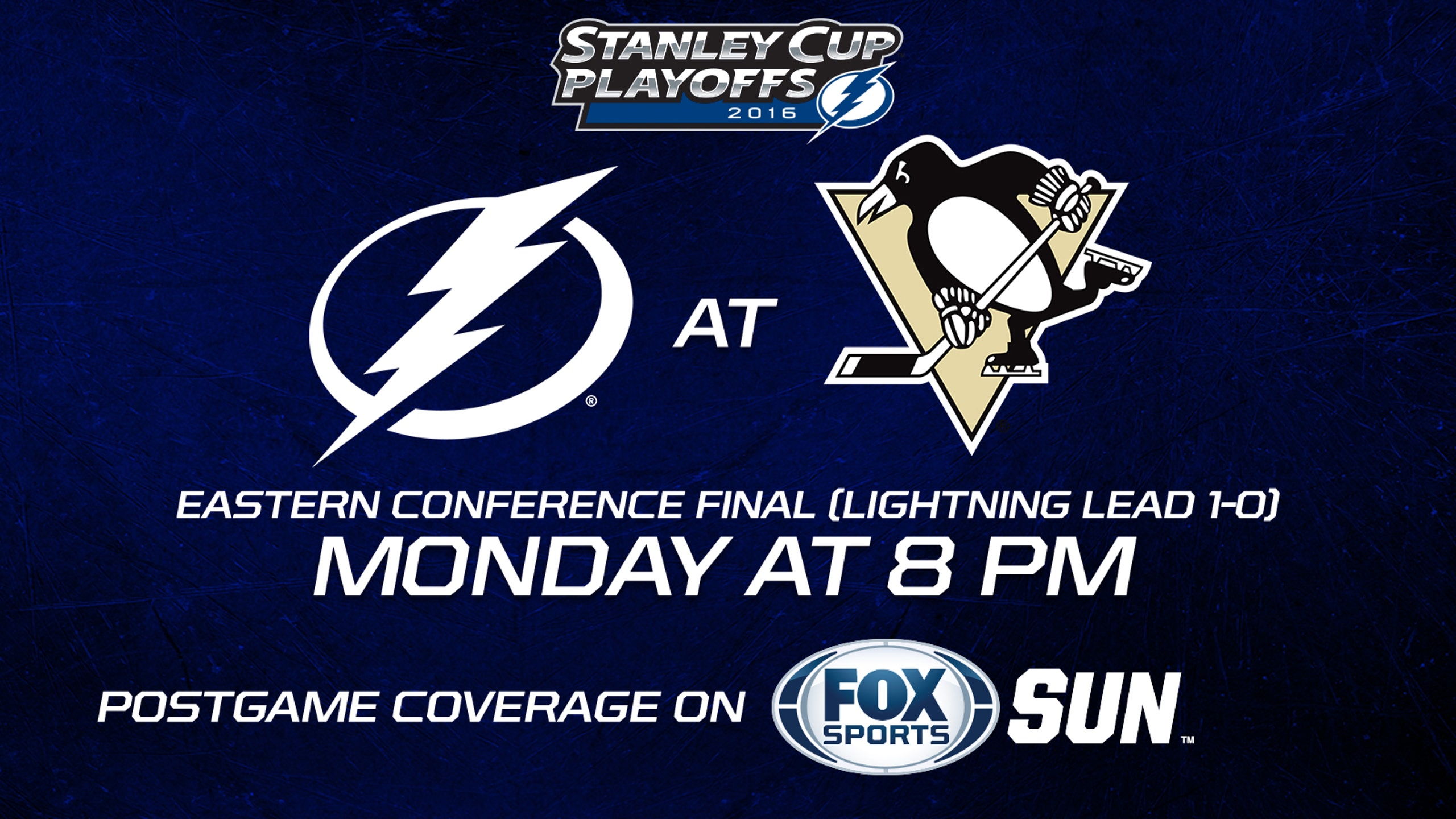 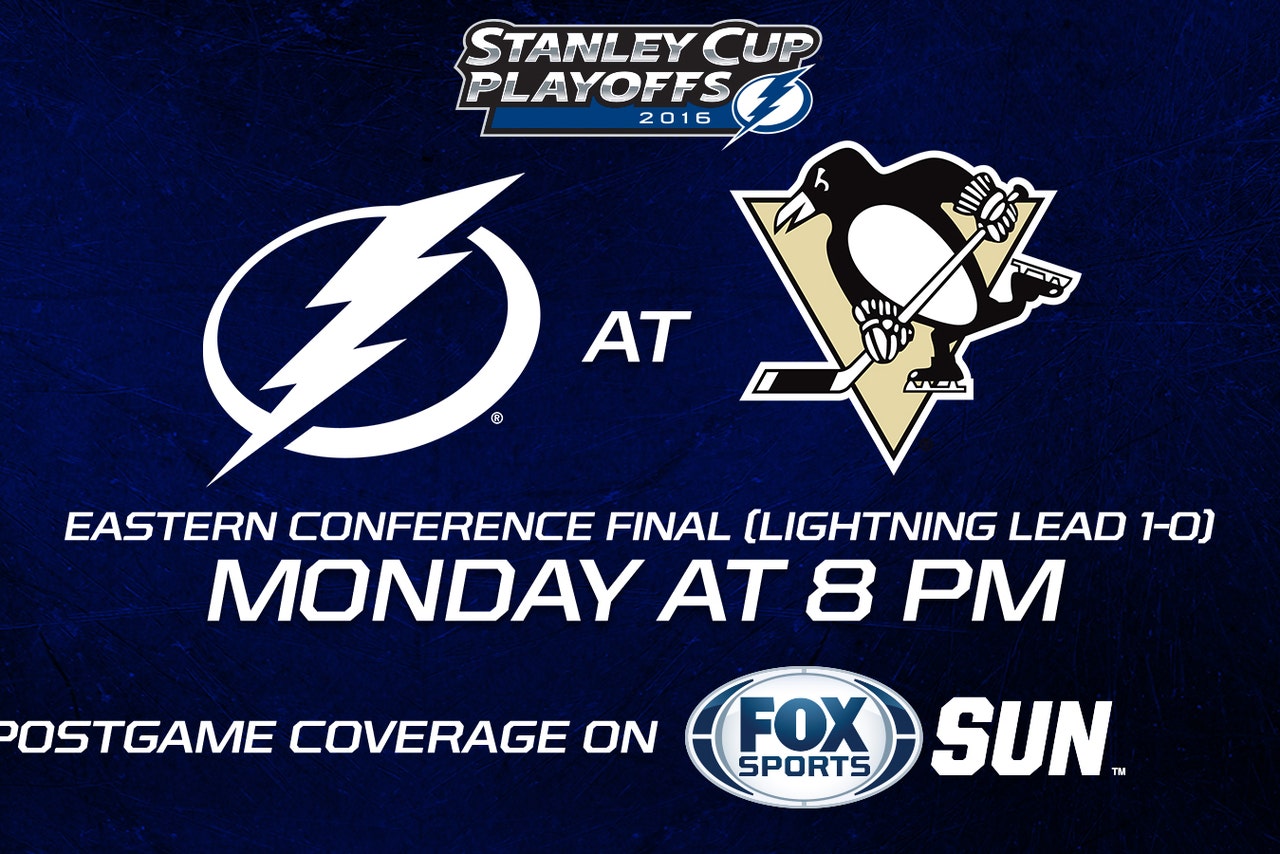 PITTSBURGH (AP) -- Ben Bishop's mind raced as the Tampa Bay Lightning goalie writhed in pain on the ice after awkwardly twisting his left leg in Game 1 of the Eastern Conference finals Friday night.

The internal "what ifs" ran the gamut. What if the leg was broken? What if his season over?

"It's funny how much you can think about in such a short amount of time," Bishop said Sunday.

The one thought that didn't even occur to Bishop was whether backup Andrei Vasilevskiy could step in and do the job.

"I think the guys in the room, I know myself, we have full confidence in him," Bishop said. "He's a great young goalie. He's got a future."

And, it seems, a present too. While Bishop's initial fears were allayed when tests came back negative, it's still uncertain when he'll return or if he'll be back at all during the playoffs. Having him in the lineup for Game 2 on Monday night seems like a long shot at best even if Tampa Bay coach Jon Cooper did not rule it out as the Lightning try to take a 2-0 lead with them back to Florida.

"He's getting better with each day, and it's encouraging to say," Cooper said.

The fact it's even up for discussion is remarkable considering Bishop's obvious distress after he twisted the leg while trying to scramble back into position 12:25 into the first period of Tampa Bay's eventual 3-1 victory in Game 1. The pain was so acute Bishop figured he'd been slashed even though there wasn't a Penguin within a stick length of him at the time. He left the game on a stretcher and when doctors removed his pads to get a closer look, Bishop was half expecting to see bone sticking out.

The damage turned out to be far less serious. The leg is structurally intact and Bishop managed to spend a little informal time on the ice before Sunday's practice, though he was long gone by the time the 21-year-old Vasilevskiy and the rest of the Lightning went to work.

Pressed into his first extended playing time in more than a month, Vasilevskiy turned aside 25 of the 26 shots he faced, aided by a defense that did an excellent job of pushing Pittsburgh's potent offense to the perimeter and keeping Sidney Crosby and company from generating consistent pressure in front of the net.

Filling in capably has kind of become a thing for Vasilevskiy, who stepped in for an injured Bishop in Game 2 of the 2015 Stanley Cup Finals and became the first goaltender to earn a win in relief during a Cup Final in more than 80 years. Vasilevskiy started Game 4 of the series and played solidly in a 2-1 loss. While the Russian is quick to point out those impromptu performances were nearly 12 months ago, Cooper point out Vasilevskiy has only matured in the interim.

"He was called on in the biggest moments last year," Cooper said. "Talk about pushing somebody a little bit down the learning curve a little faster than we wanted to. But there's cliches thrown around all the time, guys who are first in the rink and last to leave and all those types of things, but with that kid, it's actually true."

The Penguins hope they can do a better job of testing how far Vasilevskiy has come better in Game 2 than they did in the occasionally choppy opener. Pittsburgh generated 35 shots overall but most of them came from well outside the crease. The Lightning controlled play long enough after Bishop went down for Vasilevskiy to get comfortable. Once he did, Tampa Bay's lead was never in danger.

"You have to get better as the series goes along, you have to adjust a little bit," said Crosby, who assisted on Pittsburgh's only goal in Game 1 but hasn't put the puck in himself since the first round against the New York Rangers. "You can't focus on another team or necessarily a goaltender ... from game to game you have to trust and believe in what you do out there, regardless of who is in the net."

Trust and belief hasn't been an issue in Pittsburgh almost from the moment Mike Sullivan took over as head coach in mid-December. The Penguins haven't dropped consecutive games with the normal allotment of men on the ice since the first week of Sullivan's tenure (there was a two-game skid in January that included a wild 3-on-3 overtime loss to Chicago). They fell behind Washington in the second round then ripped off three straight victories on their way to upsetting the Presidents' Trophy winners.

Whether it was an emotional hangover, spectacular counterattacking by the Lightning or just a case of bad puck luck on Friday night, Sullivan doesn't care.

"I don't think they saw our best ... but by no means was it a bad game," Sullivan said. "We've got to heed the lessons from Game 1, and we've got to just be ready to respond the right way."

NOTES: Cooper said Lightning D Anton Stralman (fractured leg) practiced and is "looking good" but Cooper remains uncertain when Stralman will be cleared to play. ... The Penguins are sticking with rookie goaltender Matt Murray for Game 2. Murray gave up three goals on 20 shots the opener.