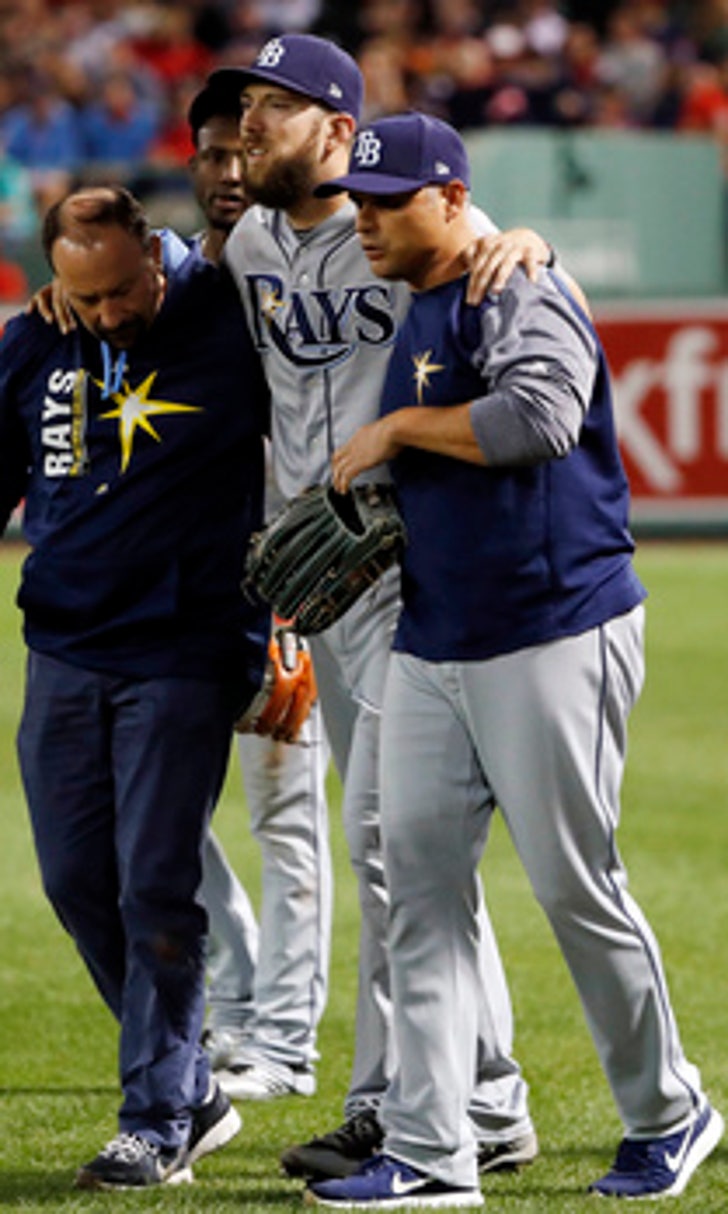 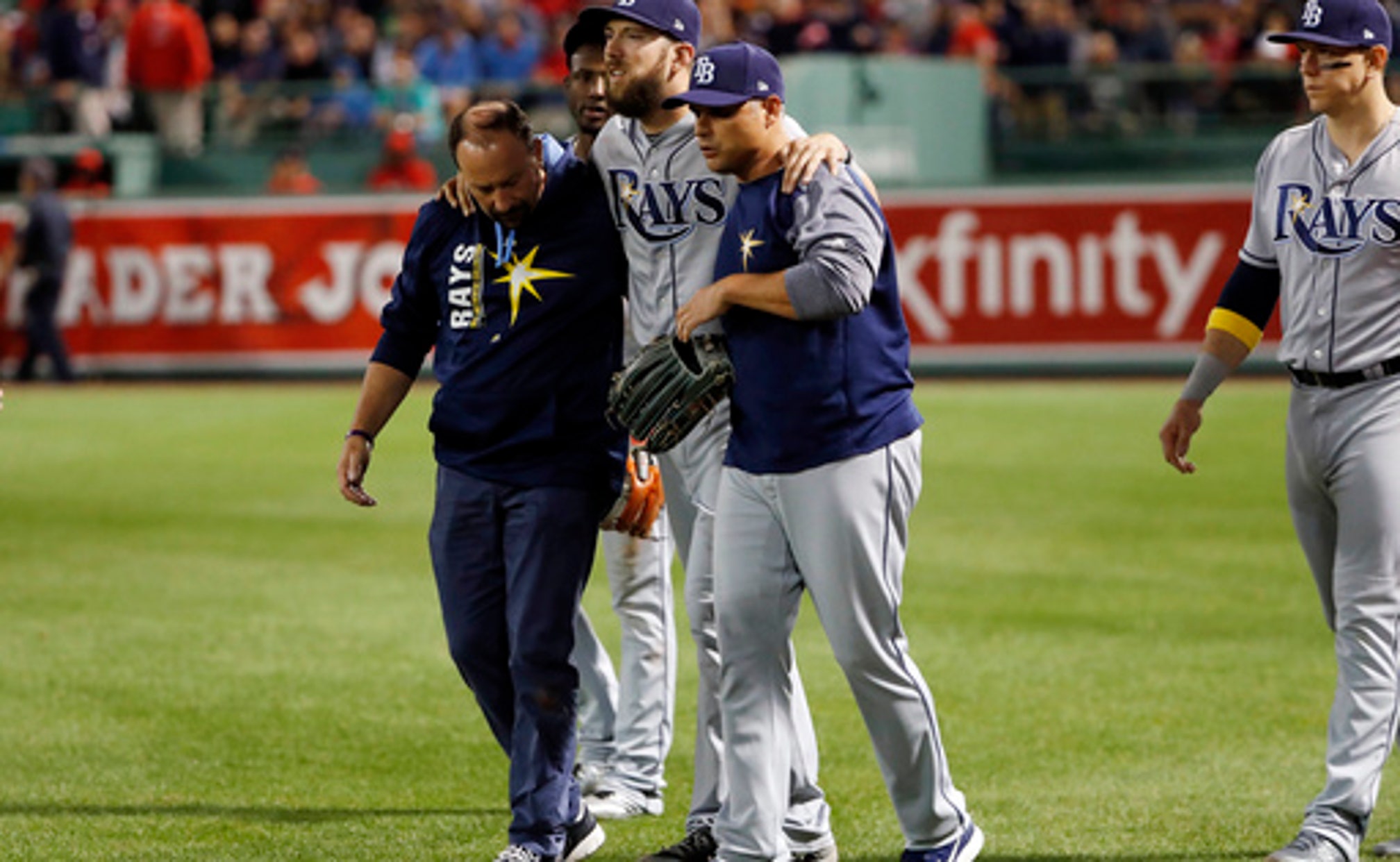 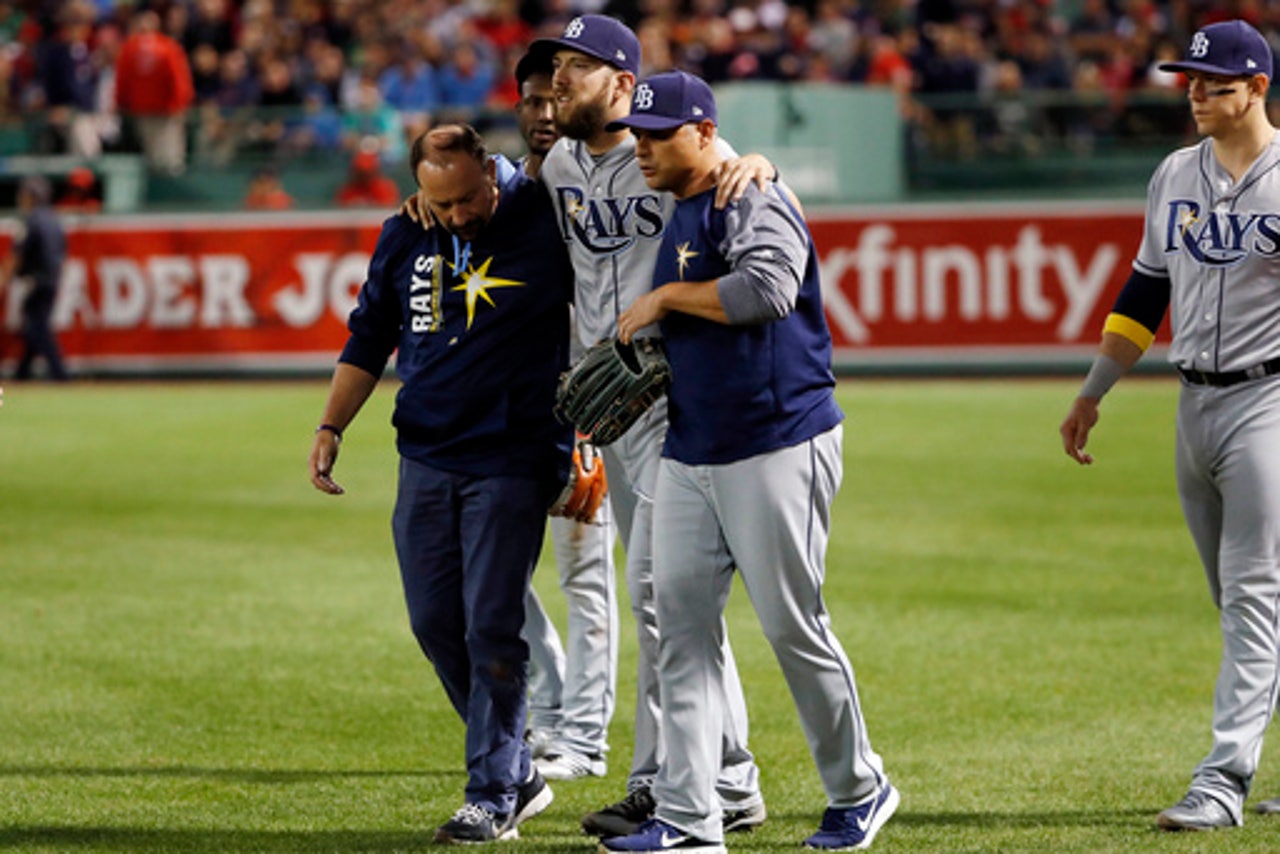 Souza was tracking a fly ball hit by Boston's Christian Vazquez in the fourth inning. The ball dropped just out of Souza's grasp, and he slammed into the wall as he fielded the hop. Souza managed to throw the ball back to the infield before collapsing in pain. He limped as he was helped off the field by trainers following a delay of several minutes.

Peter Bourjos entered as a defensive replacement for Souza, who was 0 for 2 with two strikeouts.