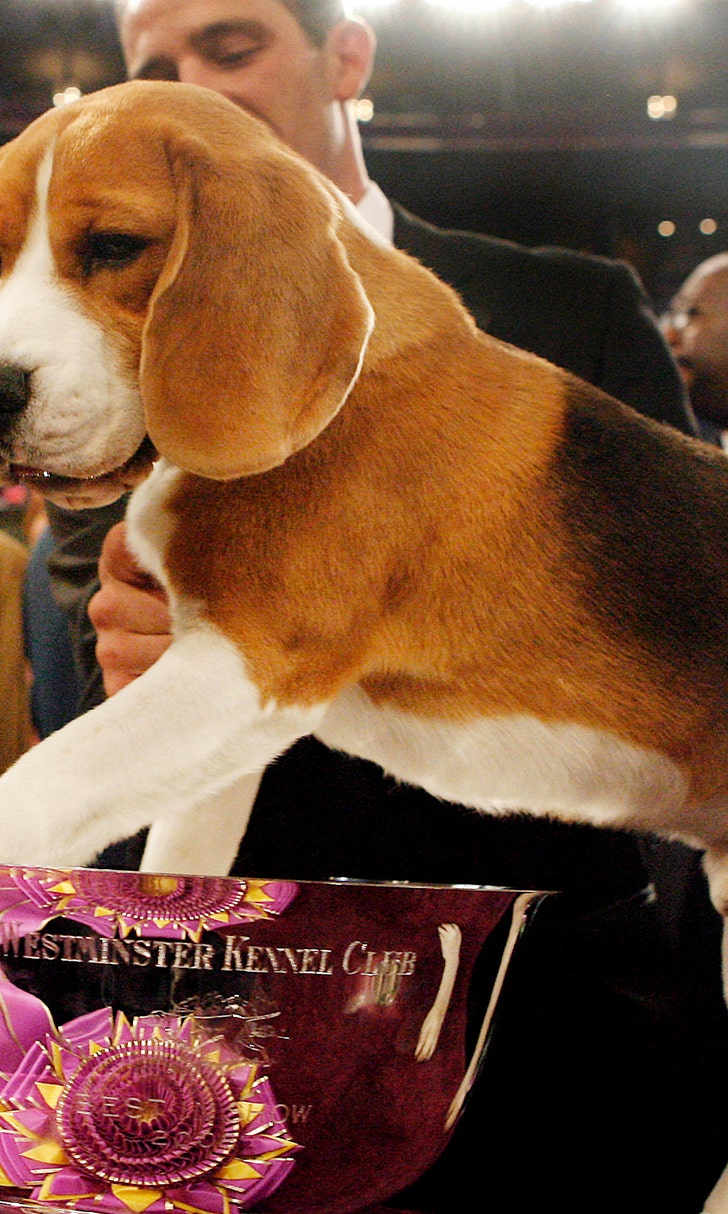 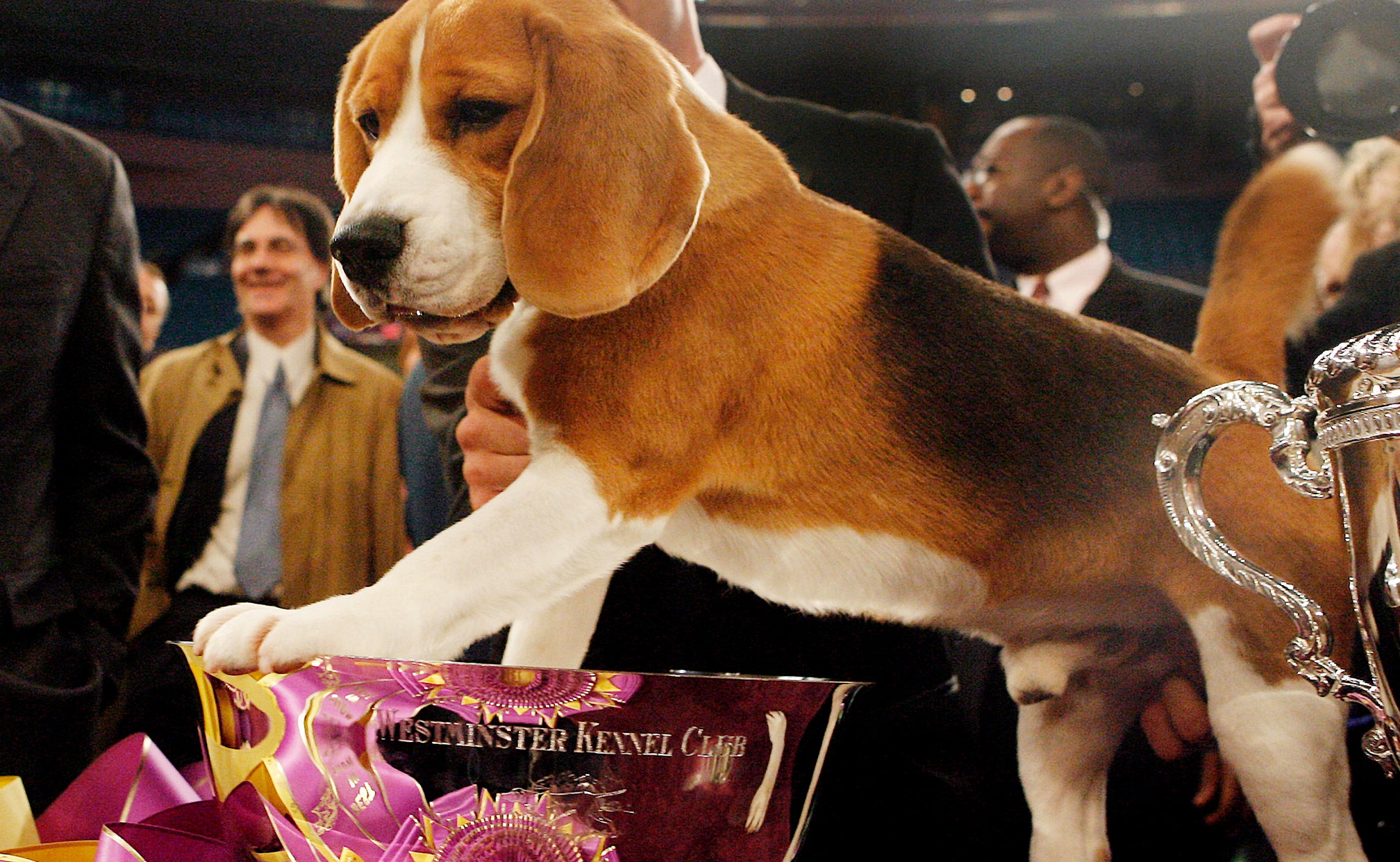 Cheered on by a roaring, packed crowd at Madison Square Garden, the playful beagle responded like a true champ.

Uno, who became perhaps the most popular pooch to step into a dog show ring, has died. He was 13.

From a president to parades to ballparks, Uno charmed admirers wherever he wandered.

"He lit everyone's fire," longtime dog expert David Frei said. "It's because he was exactly the kind of dog everyone could imagine on the couch next to them."

Uno died Thursday at the 200-acre ranch where he lived in Austin, Texas. He was in good health until the last month or so when cancer advanced.

"Everybody loved him," said Dan Huebner, who manages the ranch for Uno owner Caroline Dowell.

No beagle had won the prestigious Westminster Kennel Club dog show until Uno did good ol' Snoopy proud, barking his way to the prized silver bowl in 2008. He was clearly the crowd favorite and fans exulted when he was picked, giving the 15-inch champ a standing ovation.

Uno soon was the first Westminster winner to visit the White House, with President George W. Bush and wife Laura meeting him in the Rose Garden and presenting him with a red, white and blue collar.

The tri-color package of personality later rode in a float in the Macy's Thanksgiving Day Parade, took part in first-pitch ceremonies at Busch Stadium and Miller Park and even had his own bobblehead.

He also enjoyed celebrity status with a good seat on Midwest Airlines — in St. Louis, the computer once selected him for additional screening, and security guards waved a wand over him.

Frei, the television voice of Westminster for more than a quarter-century, was Uno's frequent companion on the road. Over his years, he saw about 70,000 dogs judged on the green carpet of the Garden.

"There was never one like him," Frei said. "That's no disrespect to all the other great dogs. But when Uno won, I said I'd have to rent out an apartment in New York City for him because I'd be traveling with him all year, so many people would want to see him. And that's what happened, he was such an all-American dog."

Owning a champion's name of K-Run's Park Me in First, it was an easy stretch to call him Uno. He lived up to that, as the No. 1 beagle to win Westminster (Miss P the beagle won in 2015).

As for Uno puppies, there weren't any. He was sterile.

"It has never bothered me a bit," Dowell said several years ago. "To tell you the truth, it was a blessing in disguise. I just wanted him as a pet."

In later years, as Uno's brown and black began to fade to white, he spent his days playing outdoors with a neighbor's potbellied pig and romping around his house in Texas with other beagles.

"He just had a blast," Huebner said. "He had it made in the shade."

Popular
share story
those were the latest stories
Want to see more?
View All Stories
Fox Sports™ and © 2020 Fox Media LLC and Fox Sports Interactive Media, LLC. All rights reserved. Use of this website (including any and all parts and components) constitutes your acceptance of these Terms of Use and Updated Privacy Policy. Advertising Choices. Do Not Sell my Personal Info