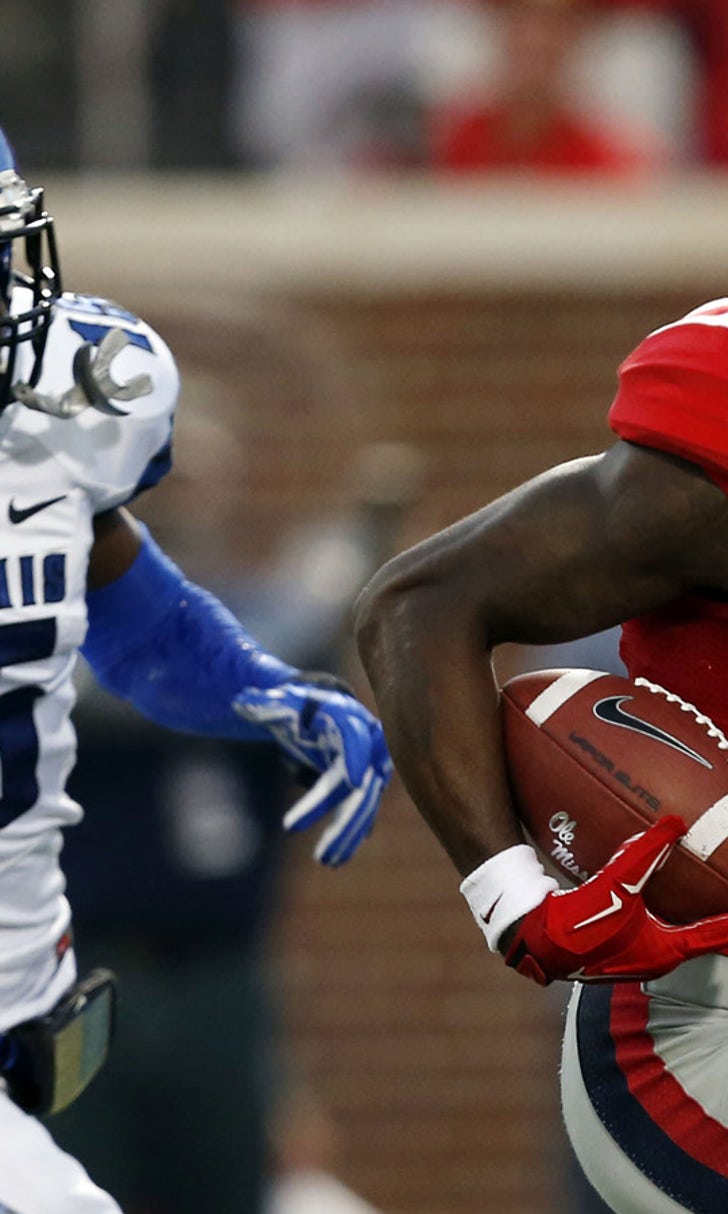 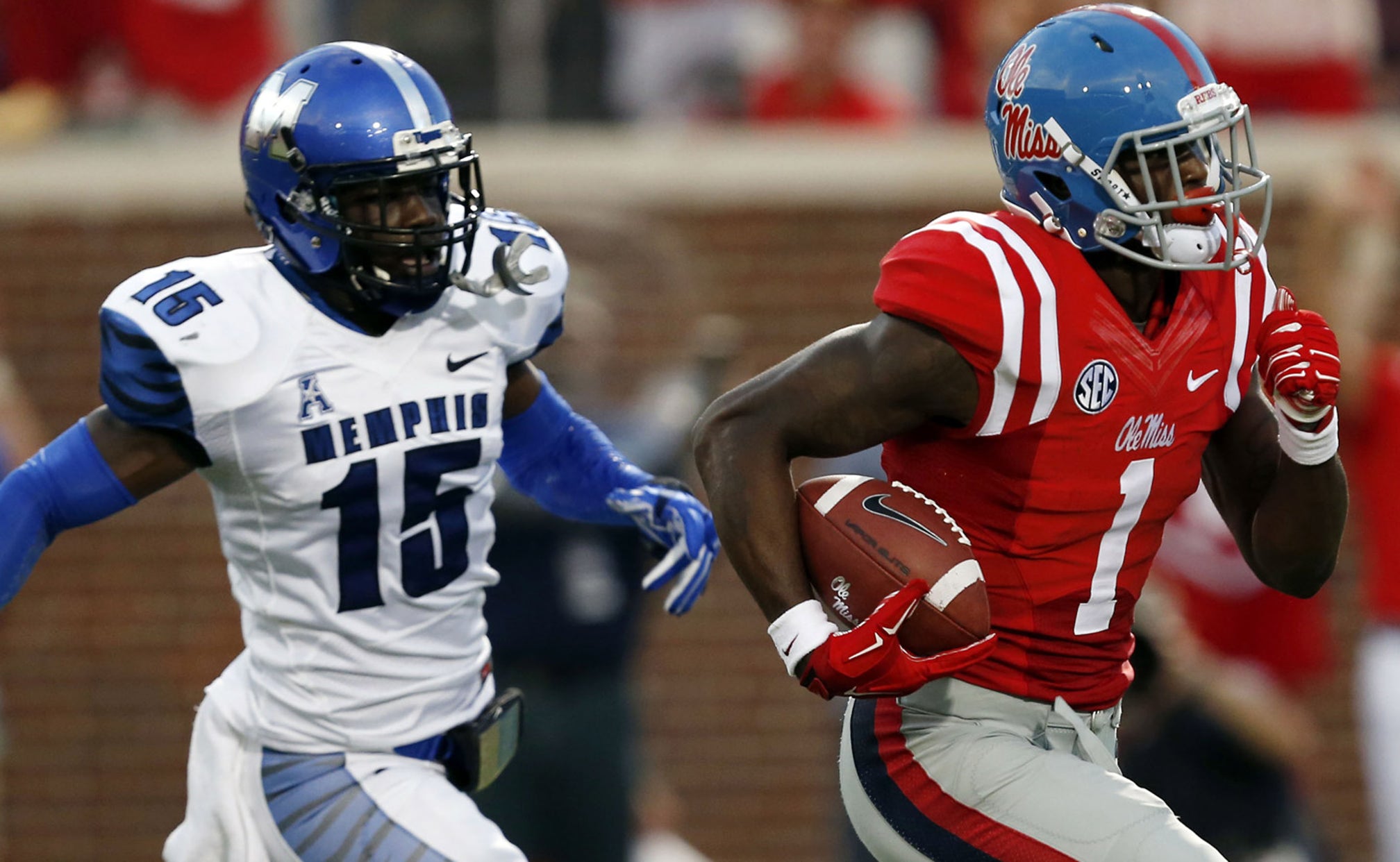 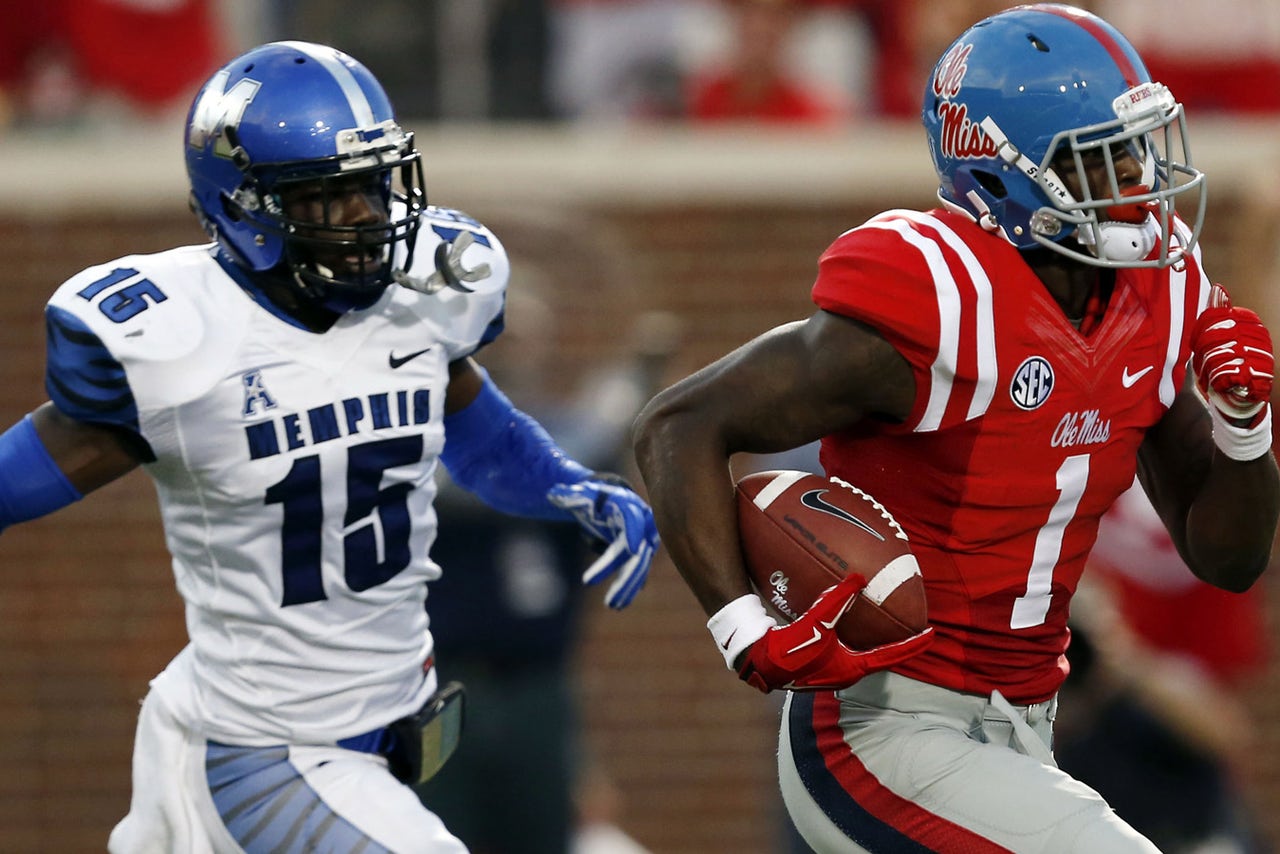 OXFORD, Miss. -- No. 10 Ole Miss beat another lesser foe on Saturday, a 24-3 win against Memphis. The Rebels will likely continue their climb inside the Associated Press Top 10 ... in wildly questionable fashion.

The uninspired fourth win of the Rebels' 4-0 start -- the first such start since 1970 -- was as offensively unimpressive as their climb to faux national prominence.

"I believe we're just as good as all of the Top 10 teams," running back Jaylen Walton said, "or the whole Top 25 itself. With the new playoff, we have a great opportunity to show, not only our league, but the world, that we're supposed to be in the conversation of the top four."

That theory is about to get tested. Against the Tide.

Ole Miss won in front of the ninth-largest crowd at Vaught-Hemingway Stadium. That record could be broken next Saturday against No. 3 Alabama.

"We understand that we haven't played a team that's going to be as good as Bama," defensive back Cody Prewitt said. "But we don't really think Bama is as good as they have been. And we're better than we have been. We're looking forward to getting to the game plan and really nailing down all the tweaks and stuff that we're going to have to put into Bama."

There have been big games. In 2009, the Rebels were 3-0 and ranked No. 4, only to lose 16-10 at unranked South Carolina. In 2003, Eli Manning and the Rebels were No. 15. A home win against LSU would have clinched the school's first SEC West title. Then, center Doug Buckles tripped Eli on a fourth-and-10 and that was that. But beginning this season, everyone has a chance, even Ole Miss, to get into the national title picture. The is the biggest game with the biggest chance to make a splash.

It will also be the first chance Ole Miss -- with its pair of heralded recruiting classes -- gets to prove it belongs in the Top 10. The country thinks of Alabama, Texas A&M, Auburn and LSU when it thinks about the SEC West. If Ole Miss wants in that conversation, the time is now.

The Rebels got a head start in the polls, No. 18 to start the season. There was a 35-13 win against Boise State in Atlanta, then a 41-3 win against Vanderbilt at the Titans' LP Field. A 56-15 home win against Louisiana-Lafayette followed.

Saturday's win wasn't the blueprint, at least offensively, as attention turns to the mighty West. Quarterback Bo Wallace threw two interceptions, both on promising drives in the red zone, and fumbled. Ole Miss turned the ball over four times. None of that will fly against Bama.

Coach Hugh Freeze didn't go as far as saying Ole Miss was looking ahead, but ...

"I'm so glad this is over and everyone can do whatever talking they want to do about next week," Freeze said. "It was distracting at times ... now we can move on to next week."

Ole Miss came in averaging 519.7 yards and 44 points per game -- against teams not named Alabama.

The defense, a different story. That side has been impressive all season. Against Memphis, the Rebels allowed only three first downs and 23 rushing yards on 31 carries.

But how Bo goes is how Ole Miss goes. Saturday, the risk-taker lost a few bets. He'll have to place a few more against the Tide. And more often than not, he wins.

In the third quarter, Wallace had just avoided a sack before a dangerous under-handed flip to Nick Parker. If that's a pick-6, Ole Miss' 7-3 lead is gone and who knows?

But it worked out. Bo is Bo. He'll light up the stat sheet with his large weaponry assortment and he'll throw into triple coverage.

So did Brett Favre.

Great teams become great with their pieces and the Rebels are in a position to be great. The blessing part of the blessing-and-a-curse combo of playing in the SEC West is if you win them all, you're in the top three. The curse, you may have to win them all to get to the SEC title game.

No one right now knows if Ole Miss should be considered to have a shot to get to Atlanta -- for the first time -- much less be deserving of the final four chatter.

Mississippi State fans may have a point. Perhaps they should be in the Top 10 instead. The Bulldogs, unranked until last week's 34-29 win at LSU, have a signature win. Ole Miss does not. But it was Ole Miss with the head start in the polls.

"We let the media and stuff worry about that," said linebacker DT Shackelford, who was actually on the 2009 team thanks to six years of eligibility. "The ranking we're not worried about."

Walton says the ranking is a big deal, but he is obviously unconcerned with it.

"I just feel like we've all got to remain focused, just not look at the AP Poll or the Today's USA Poll," Walton said, "and just play Ole Miss football."

Saturday, the defense looked like an SEC championship defense -- against an American Athletic Conference team mind you. The offense was terrible. To do more than simply host the biggest game in Ole Miss history, the Rebels' offense has to be at the very least, not terrible.

Then the Rebels will be in the conversation. Well, at least until the next week at Texas A&M.