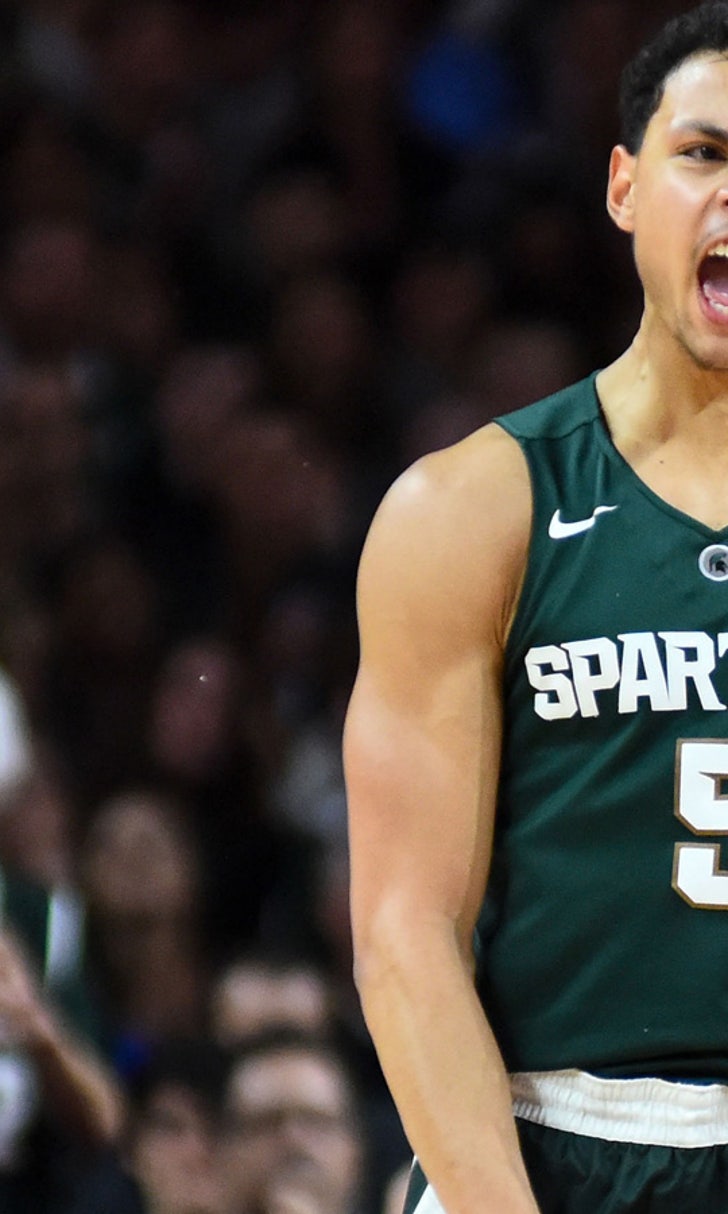 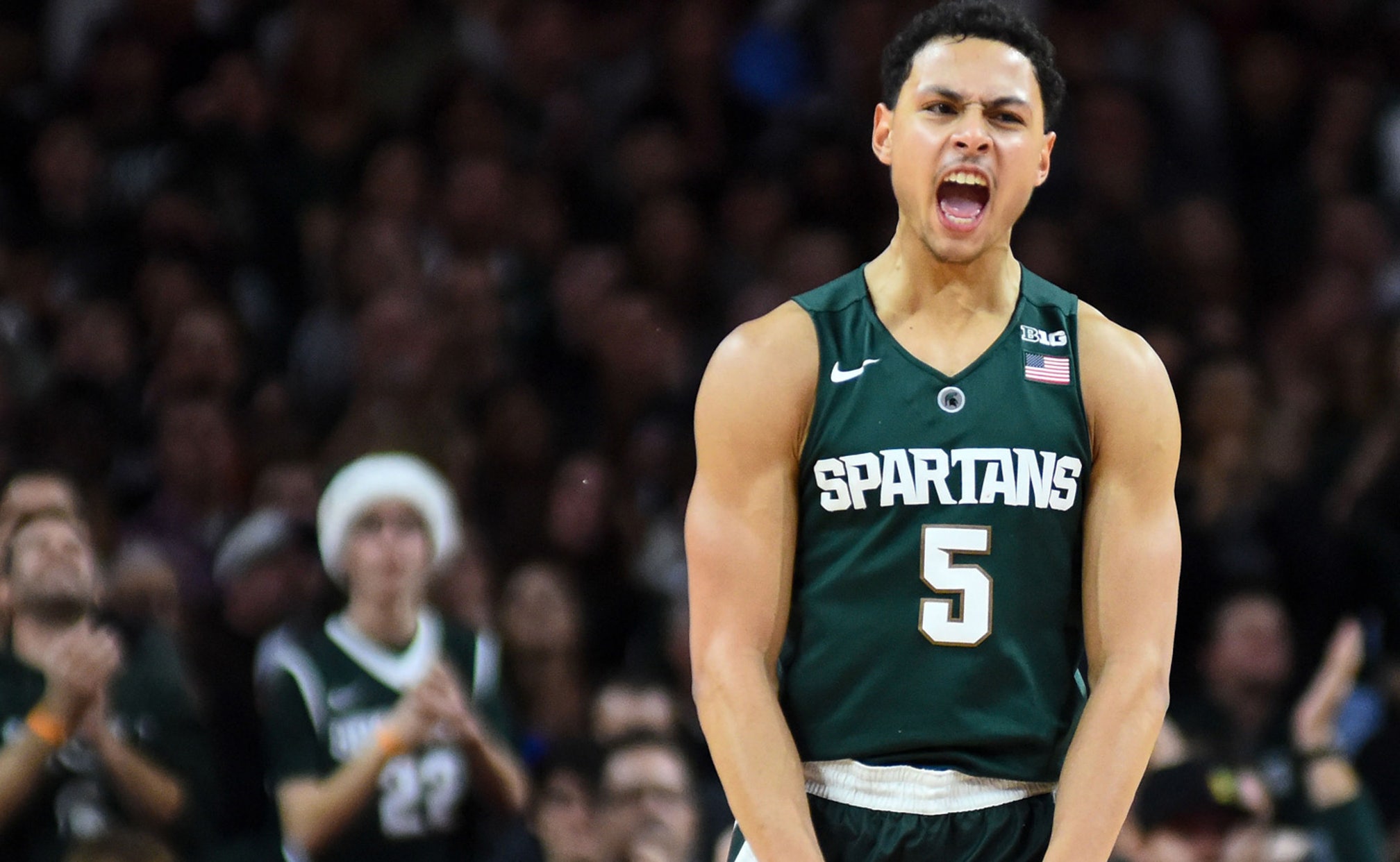 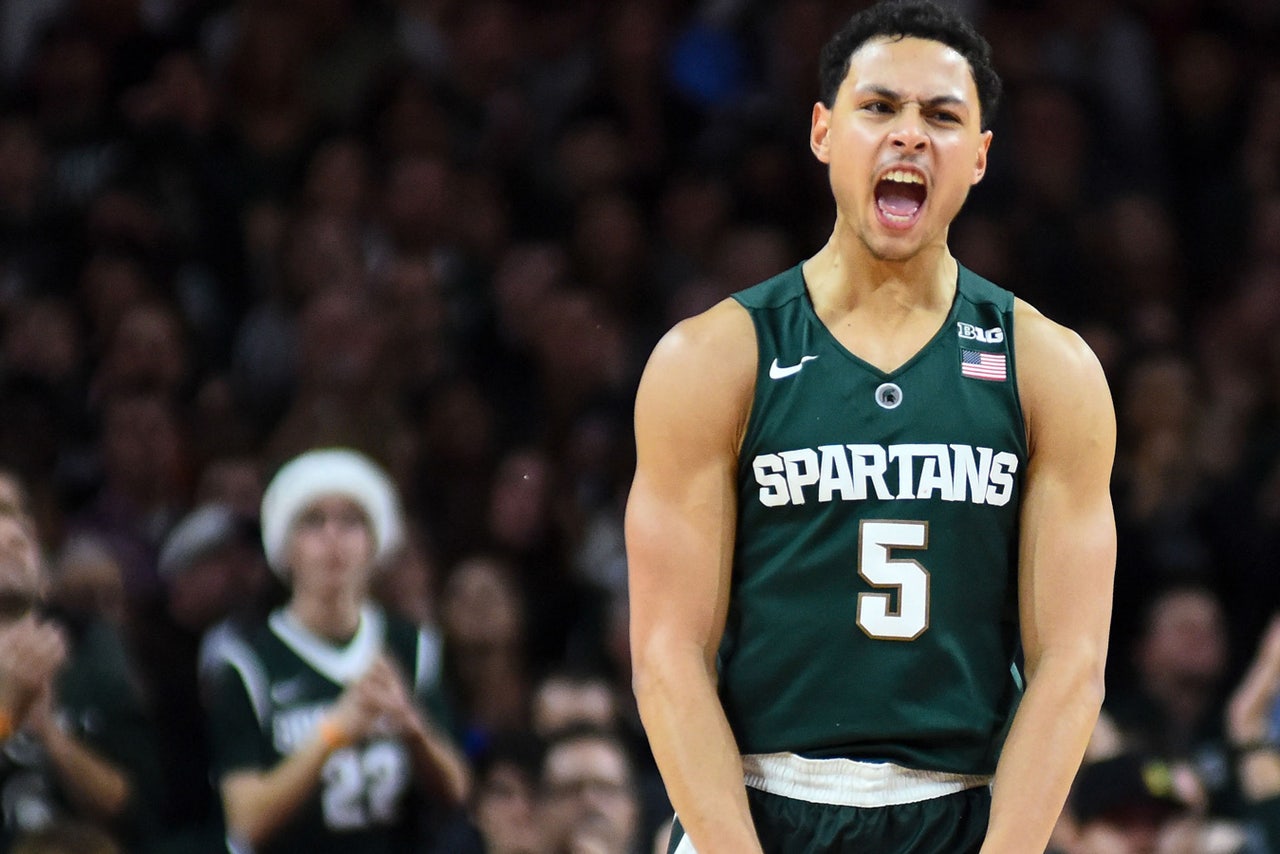 AUBURN HILLS, Mich. (AP) -- Bryn Forbes responded just the way Denzel Valentine expected. If they couldn't win a big game together, as they had so often, Forbes would have to do enough for the two.

No. 1 on that list was Forbes, who hit seven 3s in nine attempts, including one in overtime that he celebrated by slapping hands with former Michigan State star Mateen Cleaves.

Eron Harris added 27 points for the Spartans (13-0), who locked up the best start in school history after trailing by as many as 15 points in the first half.

"I'm not really worried about the points I scored," Harris said. "That's what I'm supposed to do. I'm just glad I got to be part of the win and making history."

Kay Felder, the nation's No. 2 scorer, had 37 points and nine assists for the Golden Grizzlies (7-4). With his 38 points in a win at Washington, Felder had 75 points in less than 72 hours.

"I was just out there trying to play Oakland basketball the whole time," said Felder who fouled out with 49 seconds left in overtime.

The Spartans trailed 50-37 at halftime but surged to a five-point lead late in regulation. Felder answered at the line, where he was 14 for 18.

"I was disappointed in my team in the first half, especially in the defense we played," Michigan State coach Tom Izzo said. "That had nothing to do with Denzel Valentine. Felder looked like one of the best players I've ever seen here."

It took big plays at both ends from Matt Costello and a key basket from Deyonta Davis to get the job done for Michigan State in the extra 5 minutes. Costello finished with 10 points and 11 rebounds, while Davis had 11 points.

Jalen Hayes, a teammate of Forbes and Valentine at Lansing Sexton High, had 16 points and 11 rebounds for Oakland, which shot 50 percent from the field in the first half but just 26.9 in the second. The Golden Grizzlies didn't have a basket in seven attempts in the overtime.

"Everyone in this place thought they were going to make a run at us," Oakland coach Greg Kampe said of the crowd at The Palace. "I said, `Let's be the team that makes the run and get it up to 20.' But that's Michigan State. That's what they did. Eventually, they became what they are."

It wasn't the first time Oakland had scared the Spartans. But once again, Michigan State made just enough plays to escape with the win.

"I kind of feel bad for Greg," Izzo said. "He has a hell of a team. I'm going to be mad at him if he doesn't make the NCAA Tournament, because that's an NCAA Tournament team."

Oakland grabbed a 10-6 lead despite two 3s from Forbes, then made it 22-13 on the first of Max Hooper's three first-half 3s. The Golden Grizzlies were explosive from the start, as Felder's second 3 of the game gave him 14 points in the opening 13 minutes.

"Kay has been doing that for three years," Kampe said. "And is there anyone who does a better job of stopping someone than Michigan State? To do that against Michigan State ...."

With two jumpers and consecutive dunks from Costello and Davis, the Spartans answered with a 9-0 run to cut a 15-point deficit to 34-28. A miss by Forbes and a 3 from Martez Walker built the lead back to nine and ended Michigan State's last real threat of the half.

But the fun was just beginning.

"I thought we could go inside, and that wound up saving us at the end," Izzo said. "We didn't run much the second half. We kept it simple and only ran about three or four different plays."

The Spartans took their first lead since the opening minutes on Forbes' 3 from the deep corner with 9:19 left. The rest of the game saw a series of highlight-reel baskets and a steady procession to the foul line, with 90 free throws attempted.

"If we fight like we did today, we should be able to win every game," Felder said. "We want to get to the NCAA and not just lose the first game. We're trying to get to the Final Four."

Michigan State: The Spartans' unbeaten streak at the start of a season ties the record set in 2000-01, the program's third consecutive Final Four season.

Oakland: The Golden Grizzlies moved to 8-78 all-time against schools from the five power conferences and 2-35 against teams from the Big Ten.

Felder, the nation's leader in points created from points and assists, drew raves from Izzo, who thought he was watching one of the best players he had seen at The Palace, home of the Detroit Pistons.

Arthroscopic knee surgery for Valentine on Monday morning spoiled what could have been a matchup of two of the nation's top five players. But Forbes, a teammate of Valentine's for more than a decade, picked up the slack with help from Harris.

Michigan State is at Iowa next Tuesday.

Michigan State Spartans
share story
those were the latest stories
Want to see more?
View All Stories
Fox Sports™ and © 2020 Fox Media LLC and Fox Sports Interactive Media, LLC. All rights reserved. Use of this website (including any and all parts and components) constitutes your acceptance of these Terms of Use and Updated Privacy Policy. Advertising Choices. Do Not Sell my Personal Info