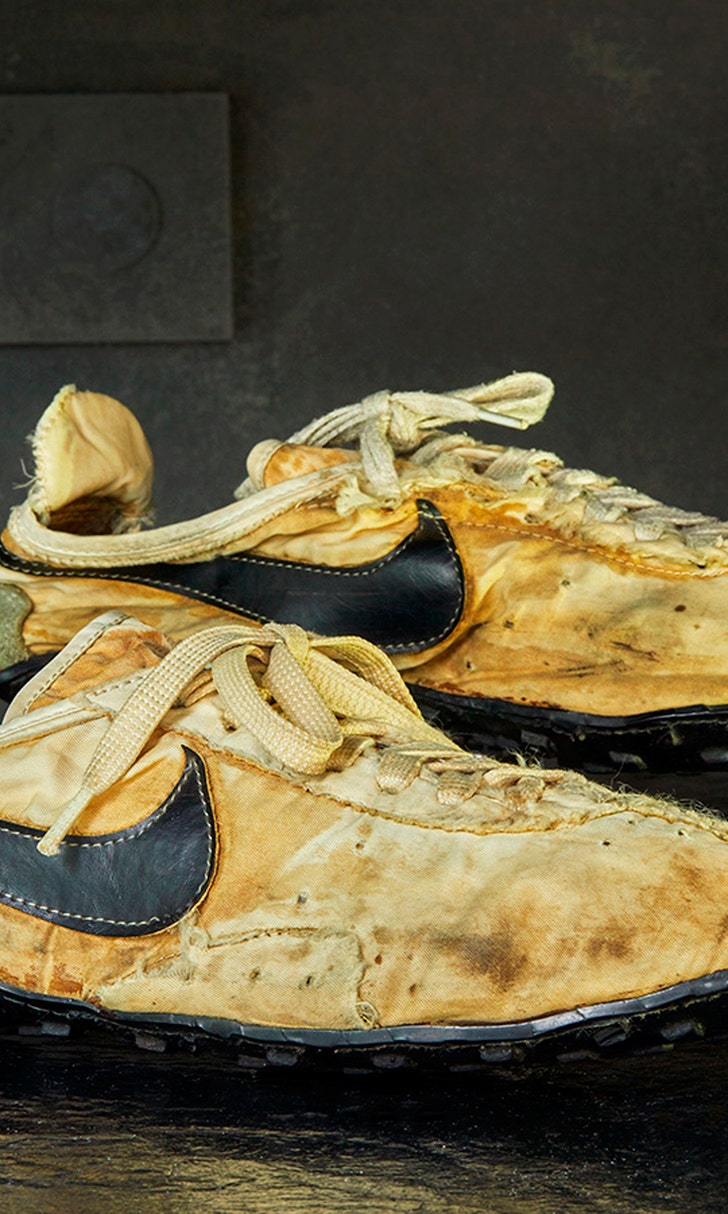 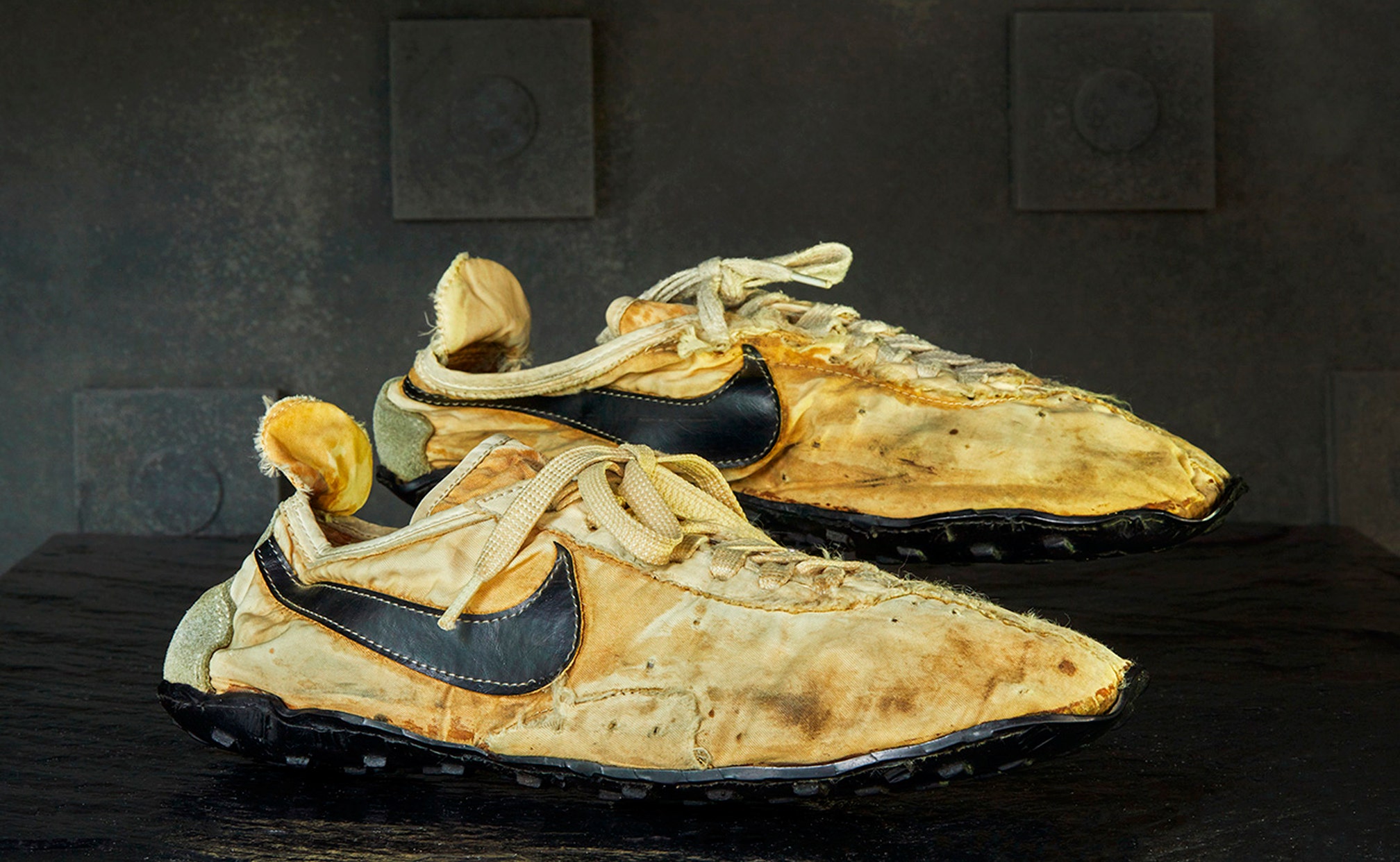 "They wanted something that would say, 'This is Nike town,' " Russell said. "And here are these shoes that were a prototype before Nike was even a public shoe."

Russell was 25 when he qualified for the trials in the marathon in Eugene, where the shoe and the Nike brand debuted that year, he told KTXL-TV.

Known as "moon shoes" for their waffle-like bottom, the shoes were the first prototype designed by Nike co-founder Bill Bowerman.

The Oregon-based shoe company made only 12 pairs.

In 2016, a Malaysia collector paid $11,200 to a Minnesota man for a pair of the "moon shoes" that were stained and missing their laces.

Last month, an unworn pair fetched $437,500 in a Sotheby's online sale. Canadian investor Miles Nadal won the public auction for the pristine shoes, the only pair known to exist in unworn condition, according to Sotheby's.

Letsrun.com says Russell finished 55th in the trials, which were won by Frank Shorter, who went on to win the gold medal at the Olympics in Munich.