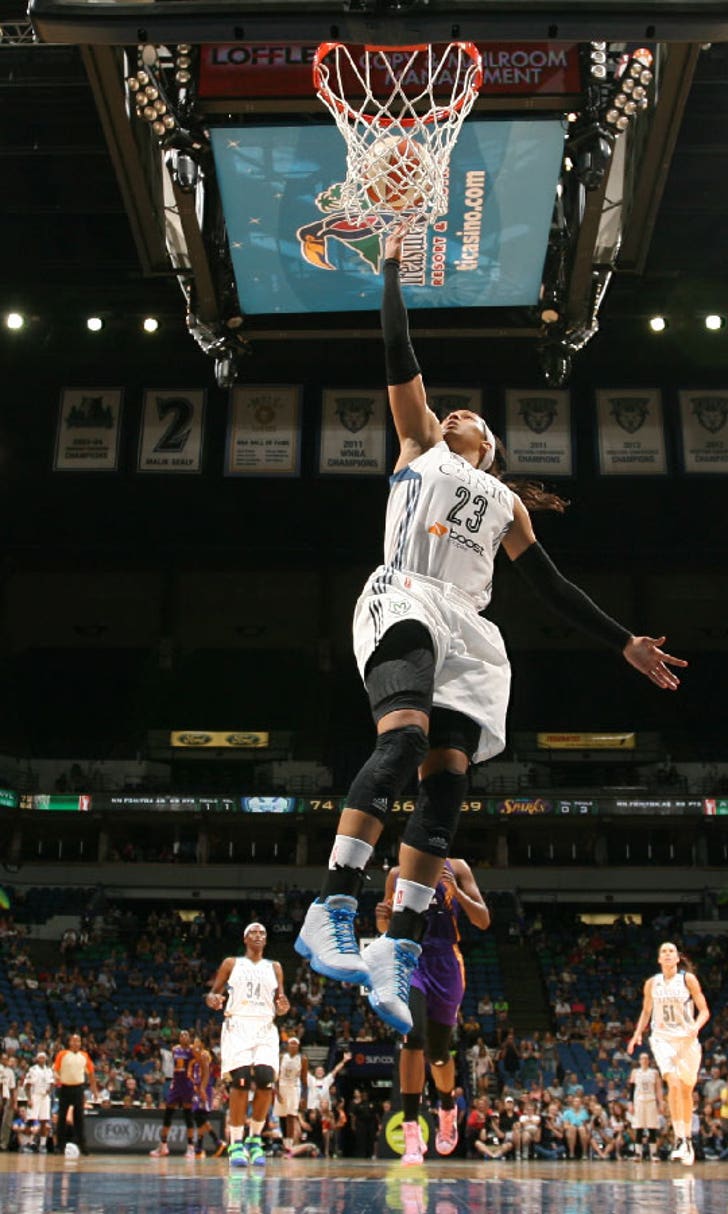 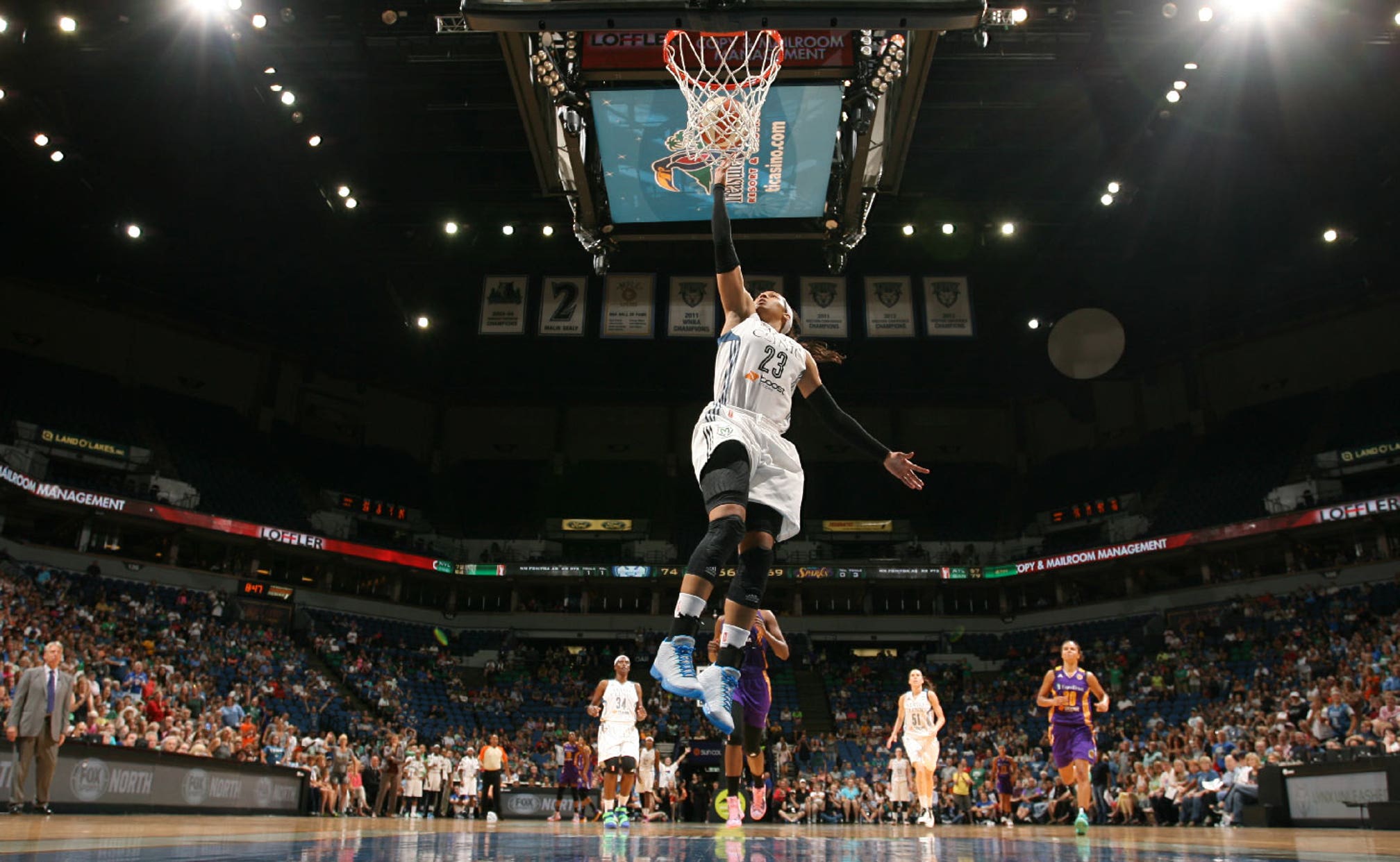 Moore, Lynx too much for Sparks 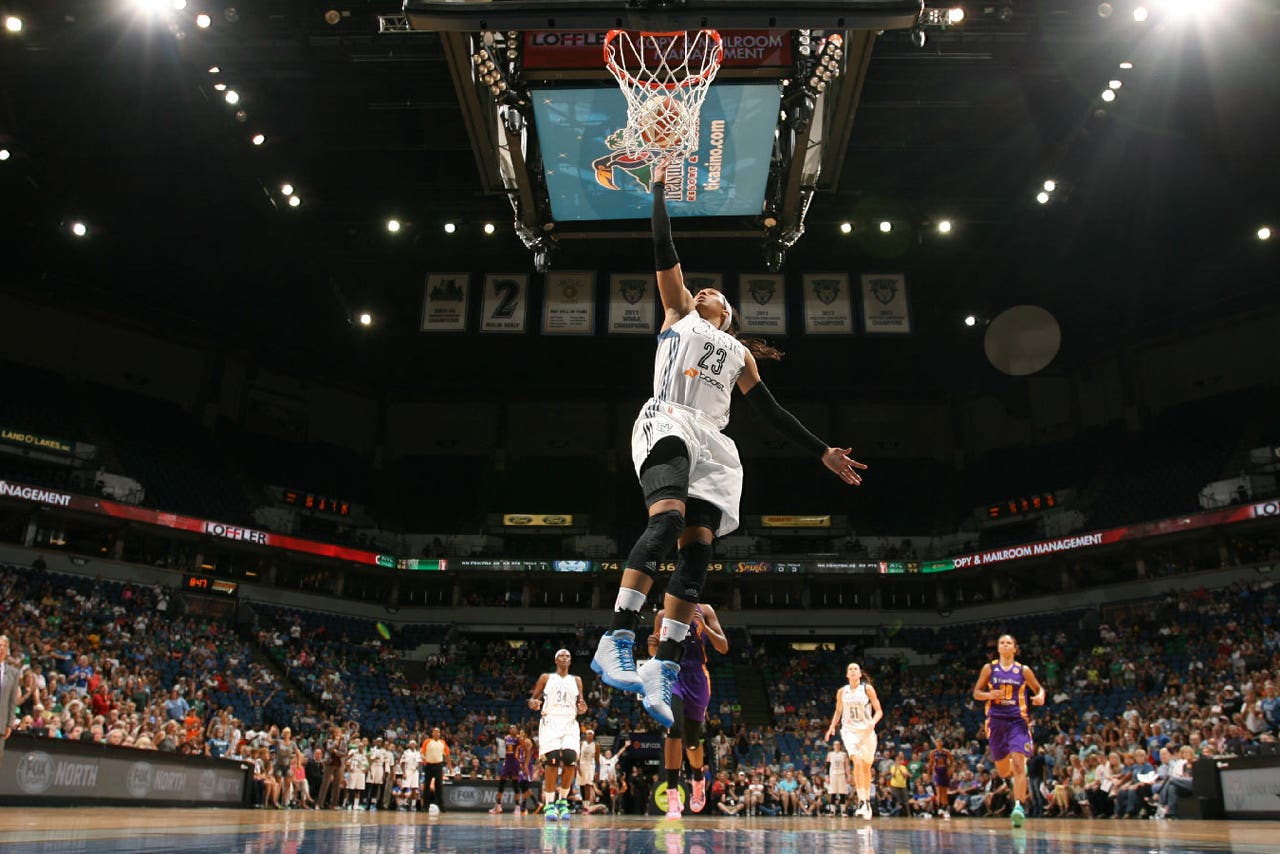 Moore and Whalen scored Minnesota's final 12 points, including a 6-0 run after Los Angeles had pulled within 76-73 with 2:31 left.

Minnesota (13-4) avoided losing back-to-back home games for the first time since 2013, while Los Angeles (3-14) lost its eighth straight on the road.

Sylvia Fowles, playing in her first game for Minnesota after being acquired Monday from Chicago, added 11 points. Moore made four 3-pointers and scored 20 or more points for a franchise-record ninth straight game.

Los Angeles' Jantel Lavender had 15 points and 10 rebounds for her 10th double-double. Parker, who rested during the first half of the season, had 12 points, seven rebounds, and nine assists.

Alana Beard made her first appearance for Los Angeles since June 14, missing 14 games with a foot injury. She made her first two shots during Los Angeles' 6-0 run to start the game and finished with eight points in 20 minutes. Parker scored her first points on a fastbreak layup with 5:05 left in the second quarter to cut Los Angeles' deficit to 31-25.

Fowles and Whalen combined to score Minnesota's first nine points of the second quarter to take a 31-18 lead. The Lynx held a 43-35 lead at halftime behind Whalen's 13 points and Moore's 11. Whalen returned after missing a game because of an eye injury. She was sporting goggles to protect the injury.

Los Angeles went on an 8-1 third-quarter run, all scored by Lavender and Parker, to get within 53-49. Moments later, Nneka Ogwumike's layup made it a one possession game, 56-54, for the first time since it was 14-13. But the Lynx closed on an 8-2 run, capped by Devereaux Peters' baseline jumper with 2 seconds left, for a 64-56 advantage.