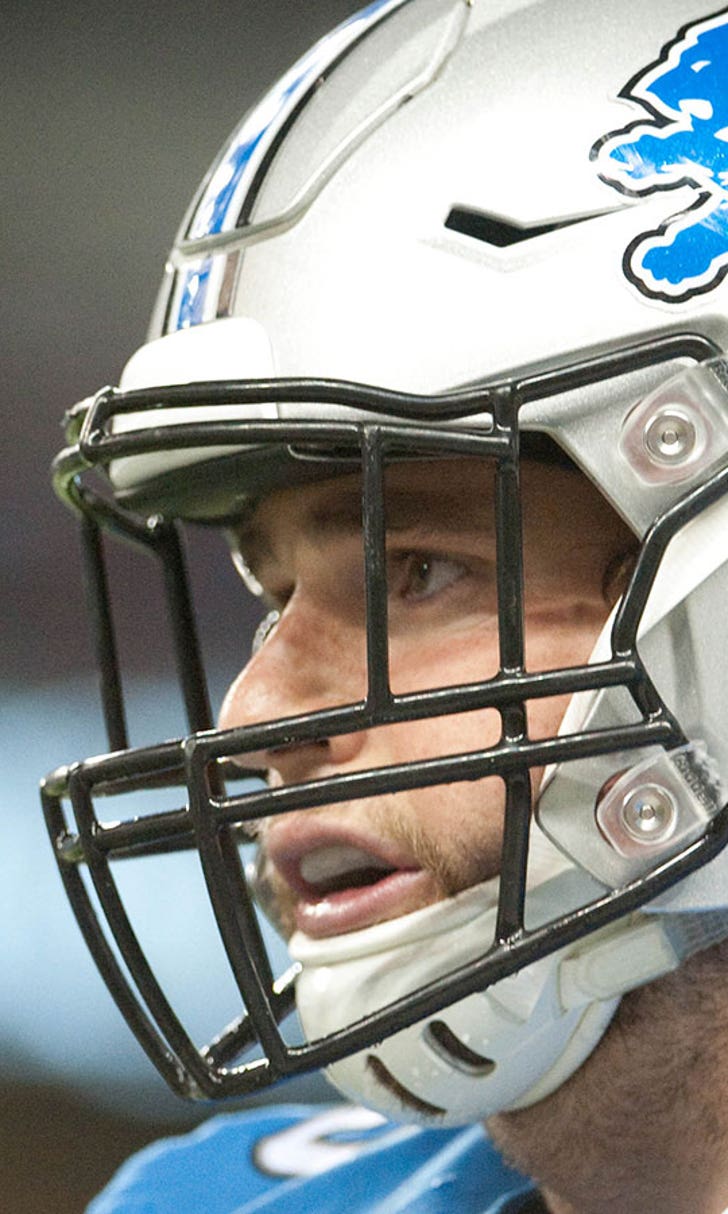 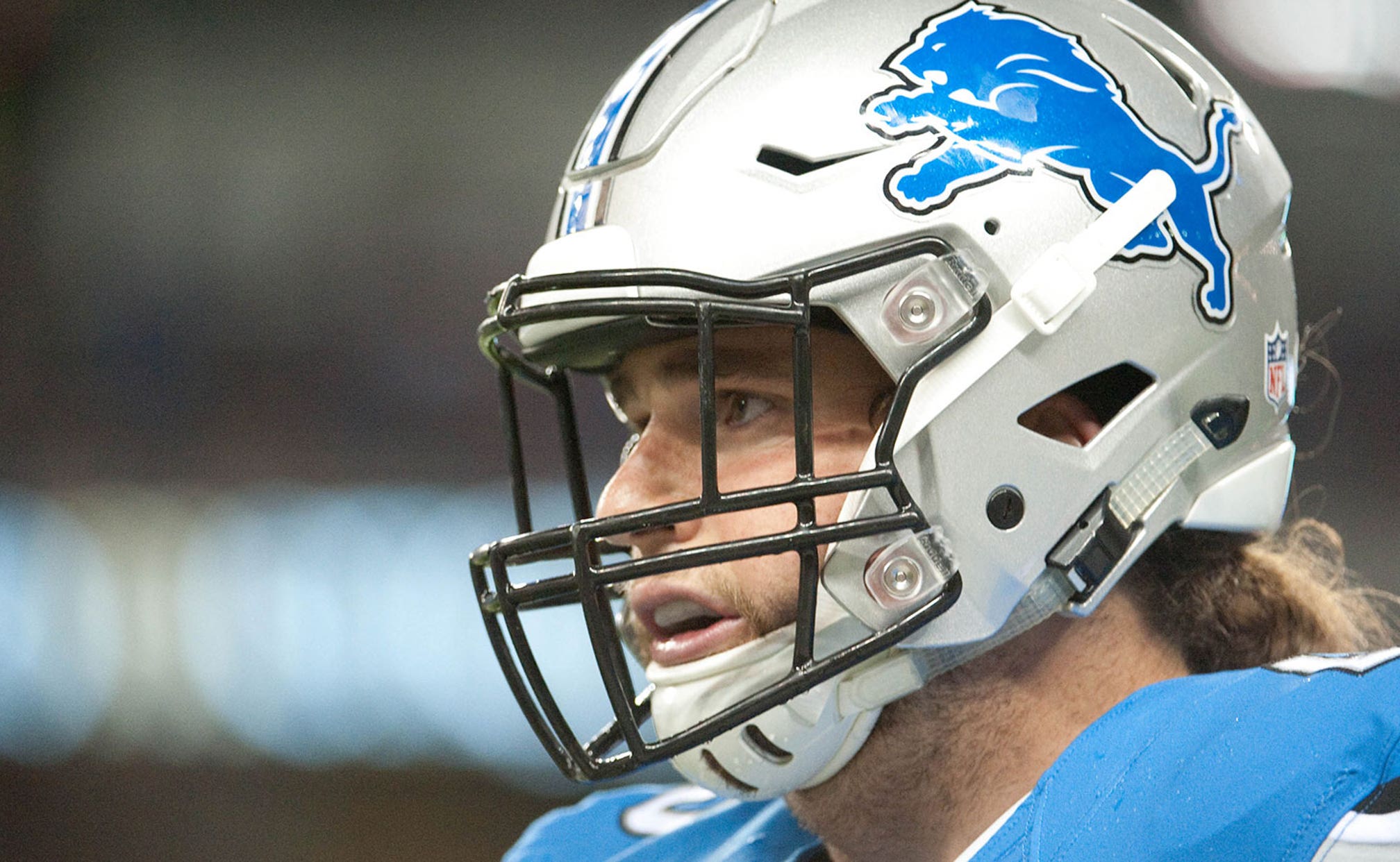 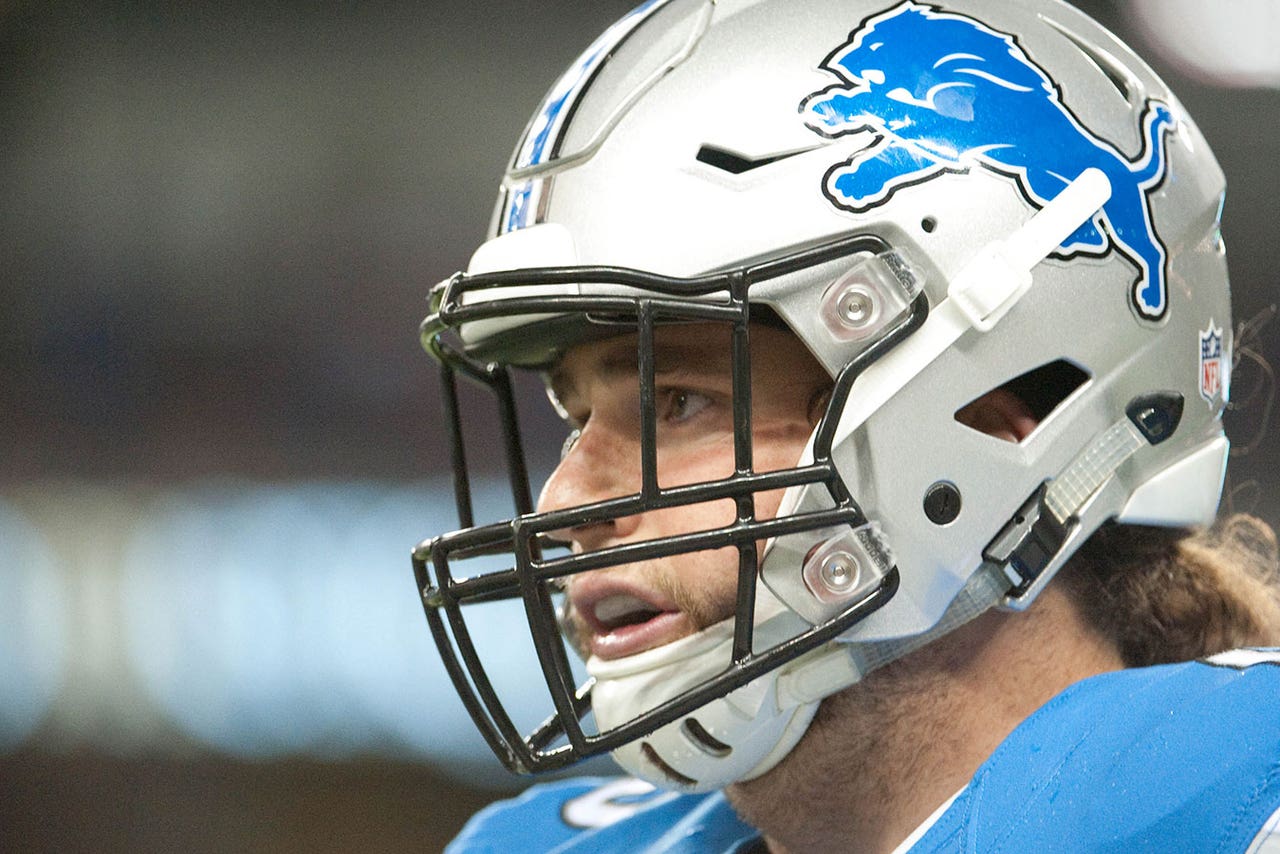 Good old-fashioned football is back in Detroit.

It's still going to be Stafford-to-Megatron as often as possible, but the Lions do have a traditional fullback on their 53-man roster for the first time since 2010. Jed Collins, a 5-foot-10, 252-pound bulldozer, is part of a dying breed in the NFL.

Sure, he can take advantage of defenses napping by catching a pass out of the backfield on occasion.maybe even get an unexpected carry, but for the most part he'll be lining up next to Reggie Bush as a lead blocker or helping protect Matthew Stafford.

"Any running back loves to run behind a fullback who clears the way for you," Bush said, smiling.

Collins came out of Washington State six years ago as an undrafted tight end. He made 52 catches for 512 yards as a senior, but he didn't have the skill set to continue at that position in the pros, so he made the conversion to fullback.

With the NFL turning into such a wide-open, passing league in recent years, these traditional blocking fullbacks are getting phased out by many teams, including the Lions under former offensive coordinator Scott Linehan.

But with Joe Lombardi taking over, the fullback has a home again in the Lions' offense.

"We do the hard jobs," Collins said. "People who know football, they appreciate kind of the last of the old generation style of game."

However, as Collins admitted, "You're still unknown."

It's no coincidence that Lombardi, the Lions' new offensive coordinator, turned to Collins to be his unsung player in the backfield.

Collins spent the last three years with the New Orleans Saints while Lombardi was the Saints' quarterbacks coach.

Lombardi calls Collins "one of my personal favorites."

"He's one of those guys that does all the dirty work. You can give him a job and you know he's going to do it the right way. He'll throw it up in there and bang away at some defenses. He's got good hands. If you ask him -- he's going to make a lot of yards after the catch.

"He's just one of those dependable pieces that fits a lot of things we're doing."

Collins, the Lions' first true fullback since Jerome Fulton got cut before the 2011 season, has carved out a nice niche for himself in the league.

But grinders who can make a team better.

"That is something, I think, is a character trait that is under-appreciated in this league. Guys who know who they are and why they're on teams."

Collins, 28, bounced around between eight teams over his first three years, trying to prove himself, before making his NFL debut in 2011.

In 47 games over the last three seasons with the Saints, Collins had 39 receptions for 174 yards and four touchdowns, and 19 rushing attempts for 49 yards and three TDs.

With his familiar self-deprecating humor, Collins realizes he's nothing more than a glorified lineman.

"I'm the little brother in my family," he said. "Now I accept that role on teams. Let people make fun of you. Make fun of yourself. Not take anything too seriously. "I get discredited a lot and I do it to myself. But if need be, I can catch the ball."

He paused and added with a grin, "I don't think I'm the first option. I'm down the list, but once they (defenses) forget about me, I'm definitely an option."

Collins has totally embraced being part of this increasingly reduced fraternity of NFL fullbacks.

Opposing quarterbacks typically seek each other out on the field to talk after games, and Collins said fullbacks are the same way.

Assuming the other team has a fullback.

"It's a brotherhood," he said. "When you see another one across the lines, you've got to go give him a little love."

As Collins put it, "We're a lovable breed."

-- Lions coach Jim Caldwell hasn't said whether safety James Ihedigbo, who missed the final two preseason games because of an undisclosed injury, will be available for next Monday's opener against the New York Giants. The team must release an injury report later in the week.

George Kittle Is Just Getting Started
George Kittle is driven by his desire to be great. Martin Rogers goes one-on-one with the San Francisco 49ers' outspoken star.
15 hours ago

Texas-Sized Drama
The crisis for the Cowboys has spilled off the field, as anonymous players have now taken the coaching staff to task.
20 hours ago

Herd Hierarchy: Week 7
Another week, another new No. 1 team in Colin Cowherd's 'Herd Hierarchy.' Find out who's in front heading into Week 7.
22 hours ago
those were the latest stories
Want to see more?
View All Stories
Fox Sports™ and © 2020 Fox Media LLC and Fox Sports Interactive Media, LLC. All rights reserved. Use of this website (including any and all parts and components) constitutes your acceptance of these Terms of Use and Updated Privacy Policy. Advertising Choices. Do Not Sell my Personal Info