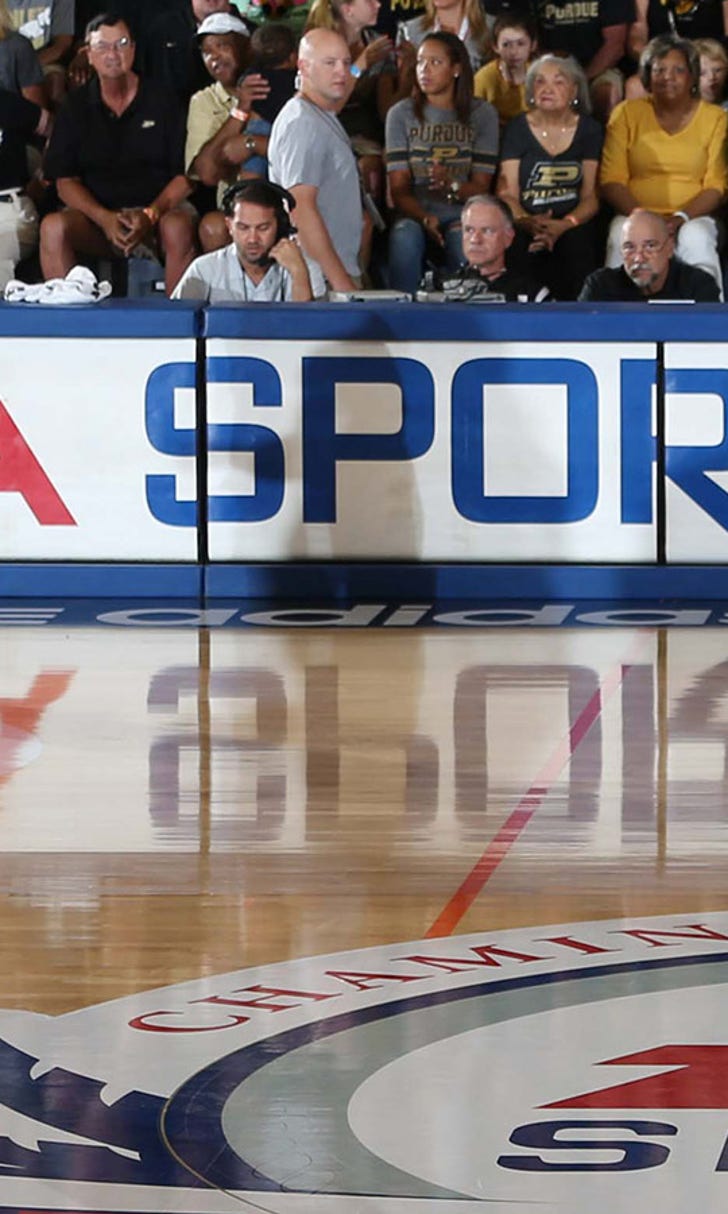 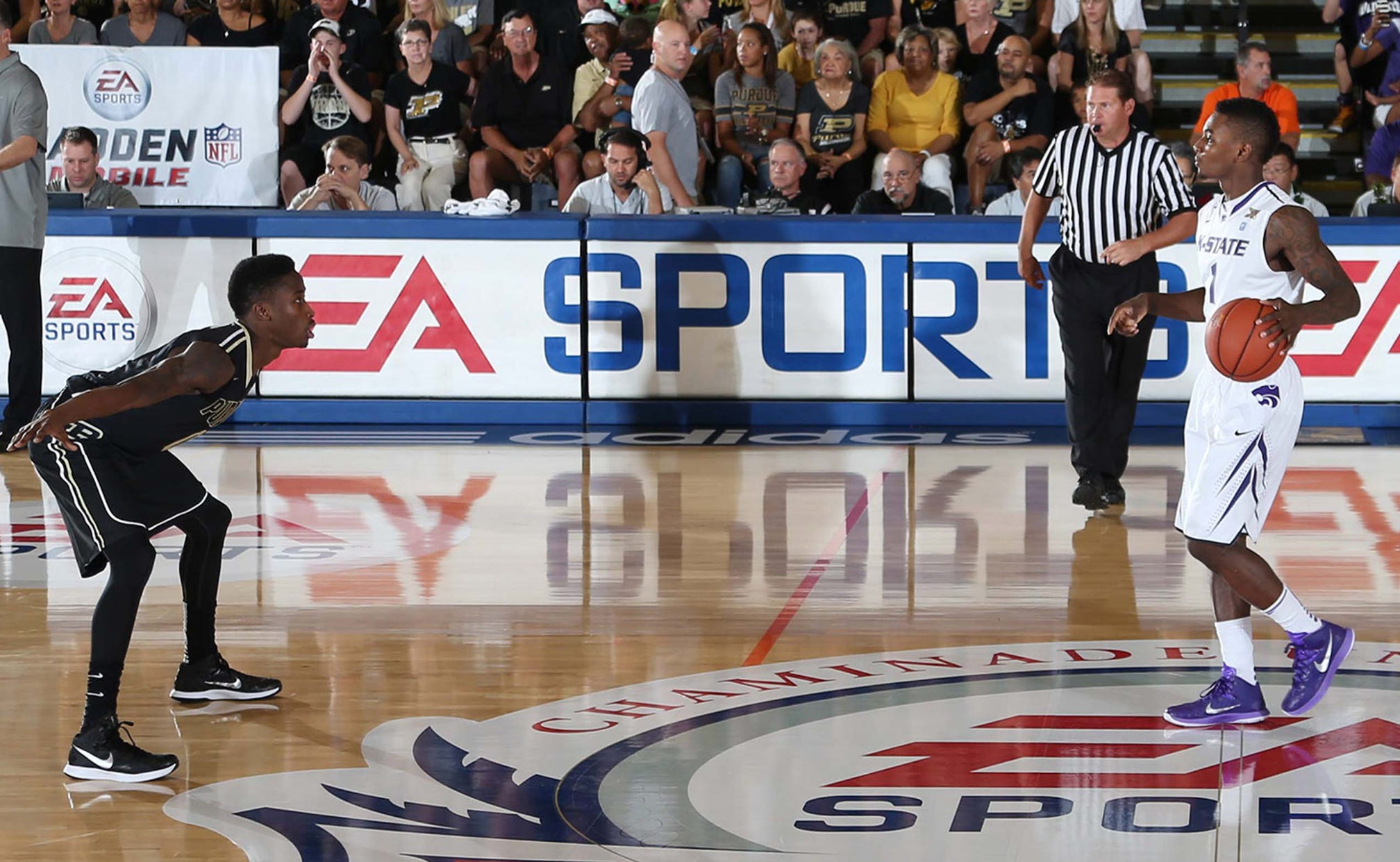 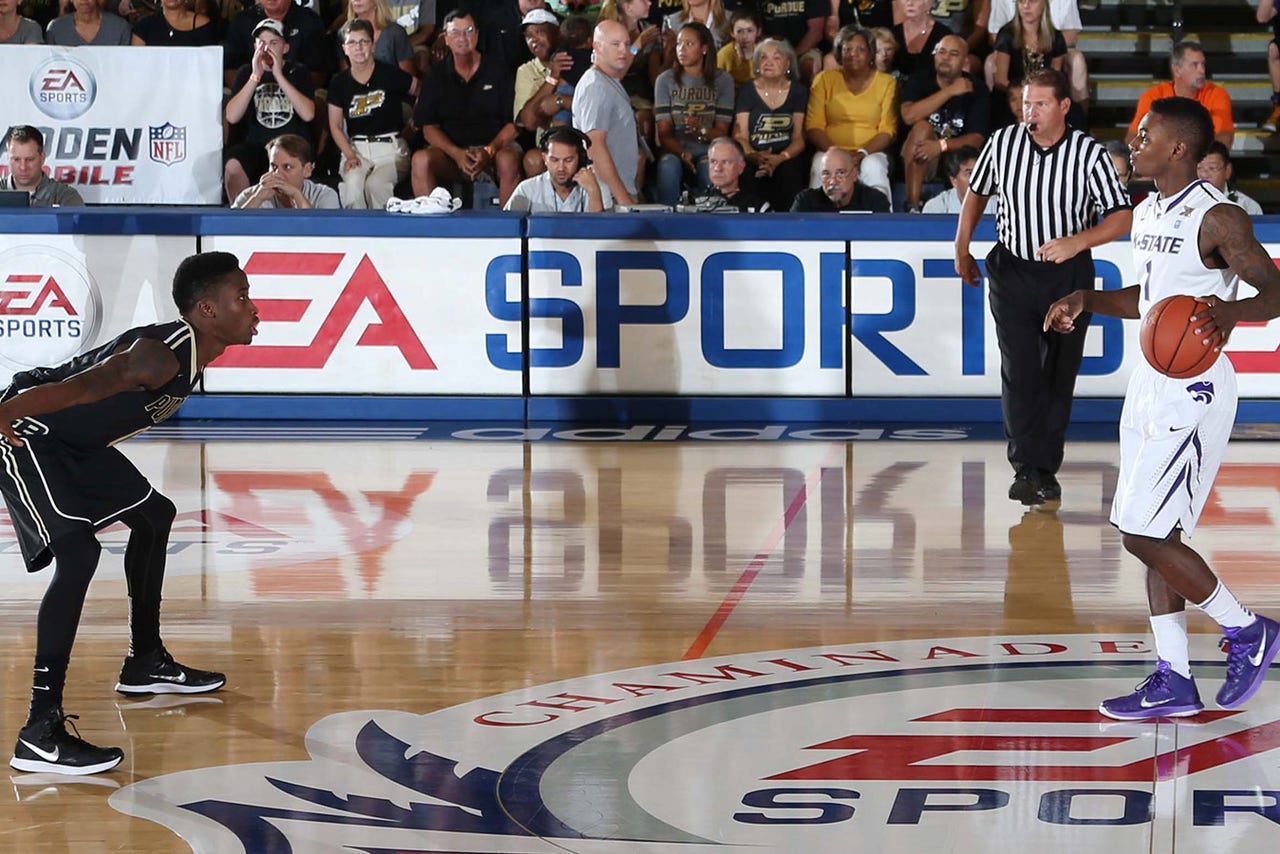 He shot the Wildcats into the second round of the Maui Invitational against Purdue.

Foster bounced back from a 1-for-13 night by scoring 24 points, helping Kansas State hold on to beat Purdue 88-79 after blowing most of a big early lead Monday in the opening game of the Maui Invitational.

"It was just about bouncing back, honestly," said Foster, who finished 9 of 14 from the floor, including 5 of 8 from the 3-point arc. "I felt I let my team down how I played and I had to bounce back."

All the Wildcats had a disappointing night in the loss to Long Beach State. Kansas State (3-1) bounced back by attacking Purdue early, hounding the Boilermakers into one mistake after another while building a 15-point halftime lead.

Purdue (3-1) fought its way back into it behind Kendall Stephens, who scored 14 of his 21 points in the second half. The Boilermakers pulled within 75-70 on a 3-pointer by Stephens with just over 3 minutes left, but got no closer.

"We were getting it to two possessions and we needed to get a stop, and we weren't able to do that," Purdue coach Matt Painter said. "That's part of digging too big of a hole. When you have to fight like that and scrap like that, everything has to go your way down the stretch."

The trip to Maui offers both teams a step up in competition.

After solid opening wins over Southern Utah and Missouri-Kansas City, the Wildcats took a step back in a 69-60 loss to Long Beach State, leading to a lot of screaming by coach Bruce Weber in the locker room.

The big Boilermakers -- no starter under 6-foot-4 -- rolled through their first three games, beating Samford, IUPUI and Grambling by an average of 37 points per game.

Those games were in West Lafayette, though.

Once the Boilermakers got to Maui, they had a hard time against K-State's relentless pressure.

Purdue struggled just getting into its offense against the Wildcats' hounding throughout the first half, turning it over nine times in the opening nine minutes. Kansas State scored 15 of its first 19 points off turnovers, including four on consecutive backcourt steals. 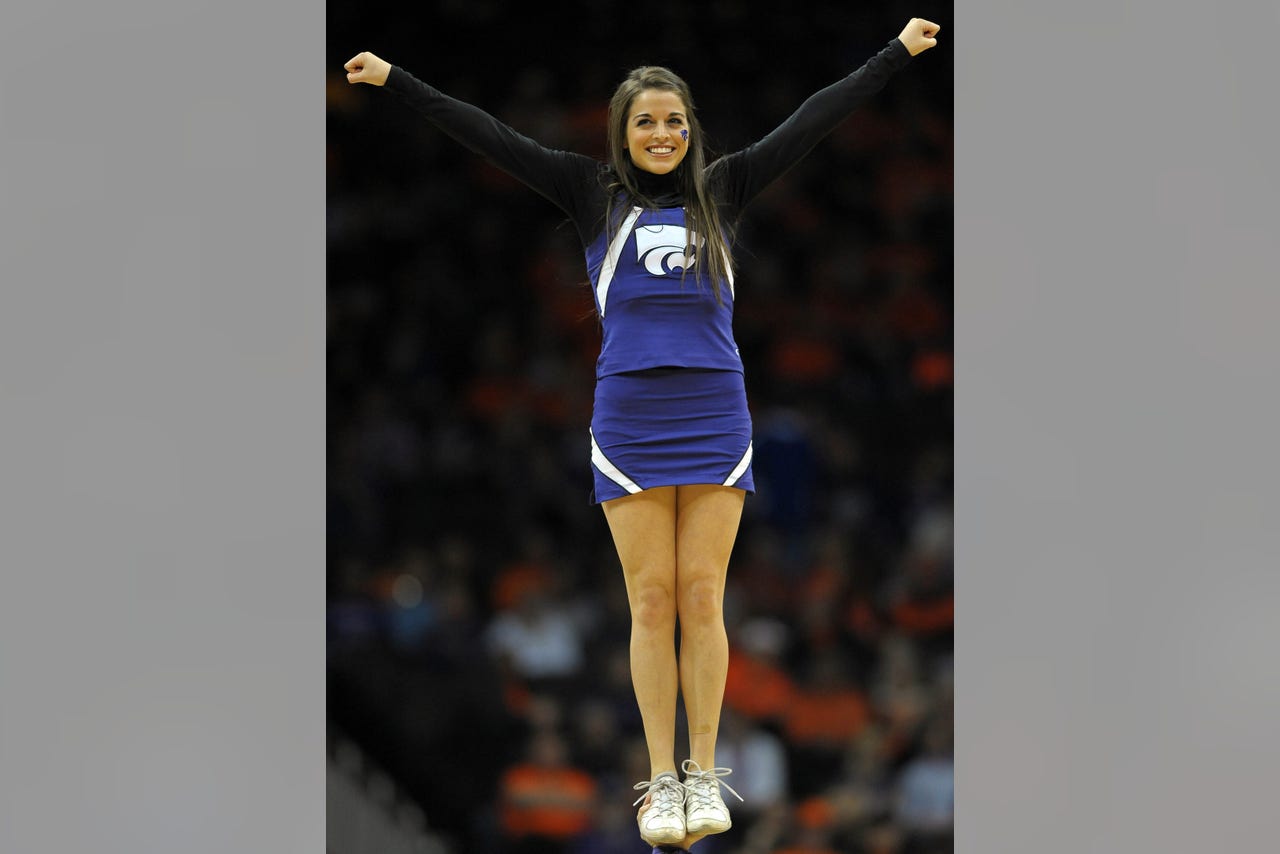 Keyed by eight first-half steals, the Wildcats raced away from the Boilermakers with an 18-3 run to take a 39-24 halftime lead.

Purdue failed to hit a shot over the final 6:37 and had 11 turnovers, leading to 17 points for K-State.

"I thought the game was dictated right from the beginning," Weber said. "We had a great sense of urgency."

The Wildcats tried to run away with it early in the second half, hitting eight of their first 11 shots to push the lead to 20.

The Boilermakers clawed their way back behind Stephens, who hit four of his five 3-pointers in the second half, but Kansas State hit just enough free throws down the stretch to hold on for the victory.

"We came out in the second half and we changed our intensity," Stephens said. "I think we put more focus on what we needed to do."

Purdue: Haas, the Boilermakers' 7-foot-2 center, had numerous physical confrontations with the Wildcats inside and was called for hitting Kansas State's Malek Harris with an elbow in the second half.

Kansas State: Weber was an assistant at Purdue for 18 years and has strong ties to Boilermakers coach Matt Painter, recruiting him to West Lafayette and hiring him as an assistant coach at Eastern Illinois.

Purdue will face the loser between Missouri and No. 2 Arizona in the loser's bracket on Tuesday.

Kansas State moves on to face the Missouri-Arizona winner in Tuesday's semifinals.

Both teams shot well. Despite its early turnovers, Purdue shot 55 percent and made nine 3-pointers. Kansas State shot 53 percent and made seven 3s. Both teams were over 60 percent in the second half while combining for 109 points.