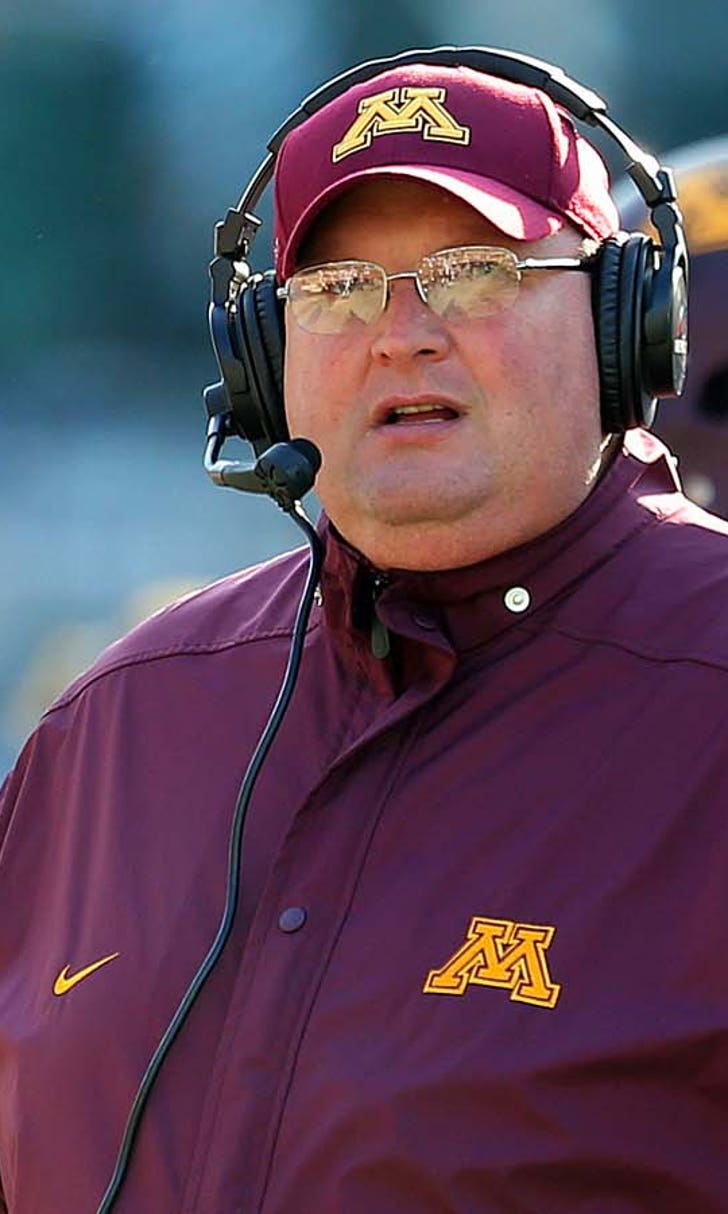 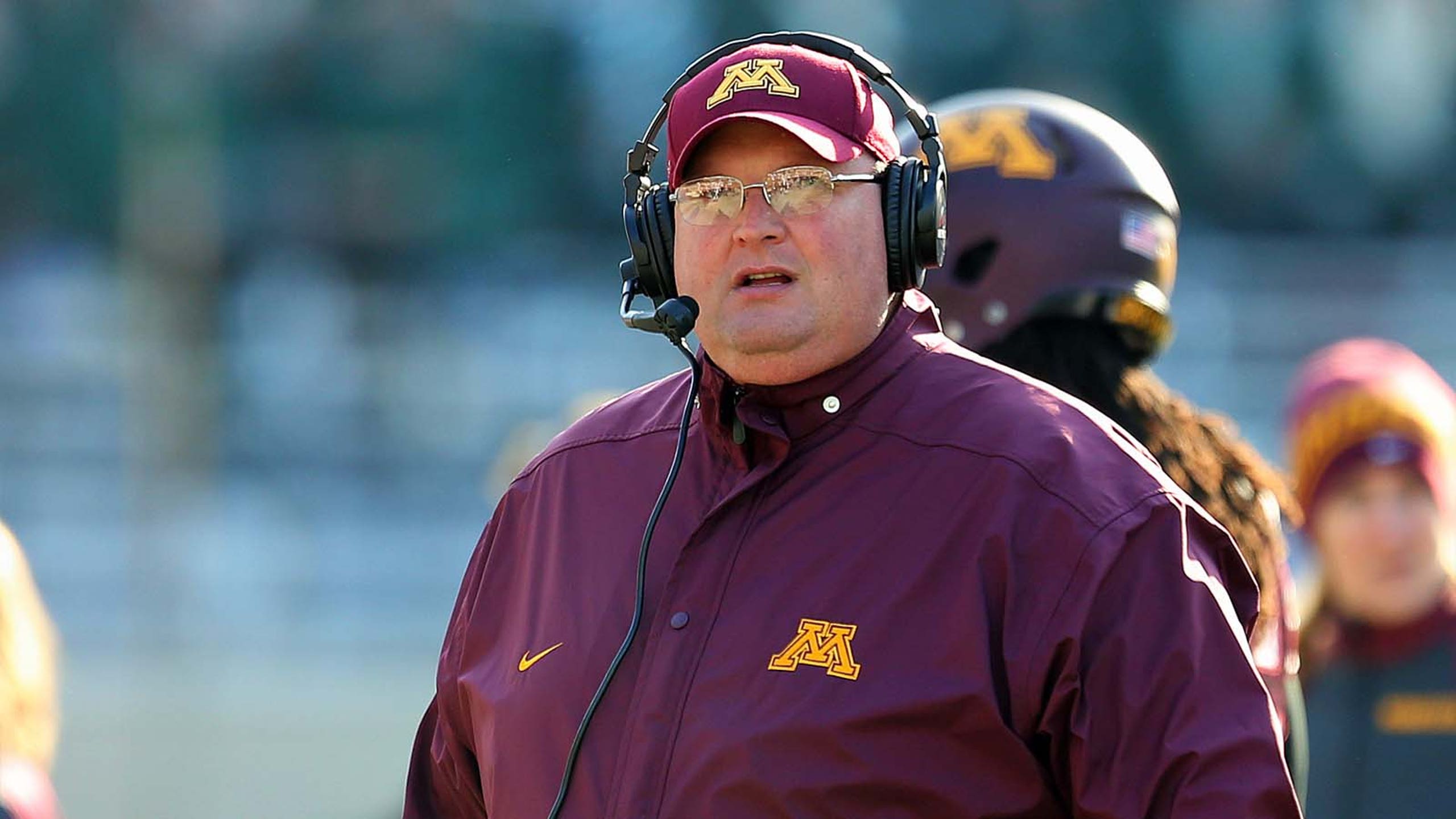 Gophers hope to carry on under Claeys' watch 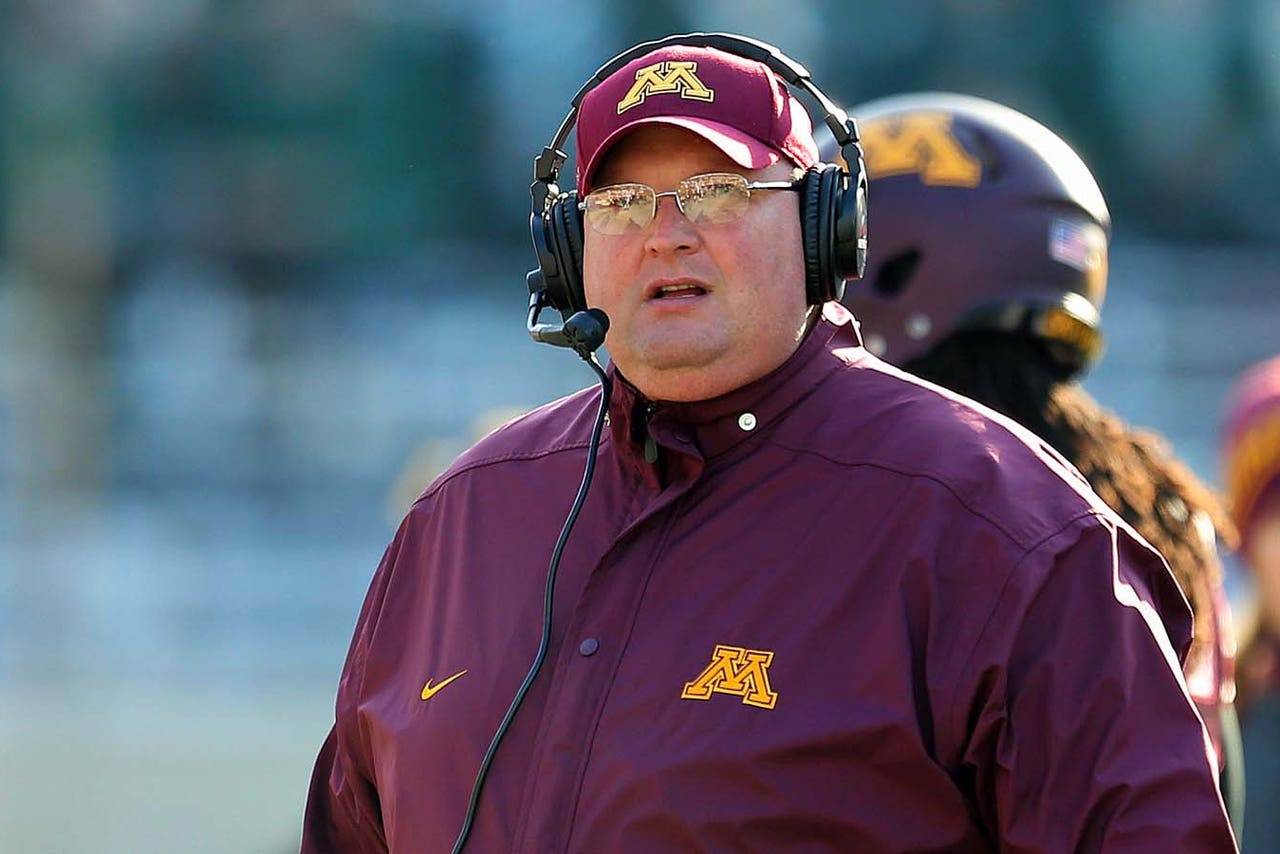 MINNEAPOLIS -- Jerry Kill's midseason retirement as Minnesota's coach was the type of stunner that could put a program in disarray.

Starting with Tracy Claeys, the Gophers were in position to handle it.

"I want to be the next head football coach here. I mean, that's all there is to it, OK?" Claeys said. "I believe I can do it and our staff can do it. I want to be considered. I've been told I'll be considered. So that's what we're telling the recruits."

Kill tearfully announced Wednesday he couldn't do the job anymore while trying to maintain a healthy life with epilepsy, so his longtime defensive coordinator was appointed interim coach.

Claeys has done this before, in 2013 when Kill took a seven-game step back to focus on his health following a series of seizures, and given Kill's incurable condition his loyal assistants have always had to be prepared for the worst. Kill, in fact, had kept folders filled with reference material on running the operation in case he was no longer able to.

"There's a lot of paper in that thing," Kill said.

Claeys was his most trusted sidekick, so he had copies. The 46-year-old likely won't need them, having coached with Kill for 21 years.

"We do, like I say, have a different personality, but we think an awful lot alike," Claeys said.

The Gophers (4-3, 1-2 Big Ten), who went 4-3 during Kill's absence from the sideline two seasons ago, have a critical game Saturday against 15th-ranked Michigan with bowl eligibility still two wins away and a grueling stretch approaching with trips to Ohio State and Iowa to start November. Claeys said after practice Wednesday he planned to call all of the committed recruits that night to reassure them that the staff's philosophy won't change now that the architect has gone.

He shouldn't have been hard to believe. Kill's 10 primary assistant coaches have worked for him for a combined 141 years, the most in the country. Seven of them have served at least 15 years, dating to Kill's takeover of the program at Southern Illinois in 2001. Claeys joined him in 1995, at Saginaw Valley State, an NCAA Division II school in Michigan. Talk about grounded.

"It isn't like we just hire coaches. We've got a family on the other side of the deal there," Kill said. "They're all close."

Claeys, like Kill, is a native of rural Kansas who worked his way up through the profession with all kinds of unglamorous jobs before finally landing at a major program in Minnesota in 2011.

Given his deft steering of the team when Kill was out in 2013 and the competitiveness of his defense, Claeys began to attract interest for head coach vacancies elsewhere. None of them were major programs, though, so he wasn't interested.

While Claeys will now be responsible for regular media appearances, in-game decisions like timeouts and fourth-down attempts and putting the face on the program for recruits, most everything else ought to run about the same way. He'll spend more time with the offense than before, but these players are accustomed to his leadership.

"Last time it happened, he really didn't miss a beat," quarterback Mitch Leidner said, adding: "He's just a guy that you want to follow in that situation, and that's where the team starts rallying."

Where Kill and Claeys differ is their demeanor.

Kill comes across as laid back with his Kansas drawl, but he could quickly get fired up on the sideline, part of his problem trying to coach with epilepsy. Kill also had a hard time letting go of losses, criticism or disappointment, and he revealed Wednesday he'd been unable to sleep more than three hours any night over the last three weeks.

"I learned a long time ago: I put my head on the pillow at night, I'm going to bed," Claeys said. "I don't have any control over it. I'm moving on."

Now the Gophers must, too.