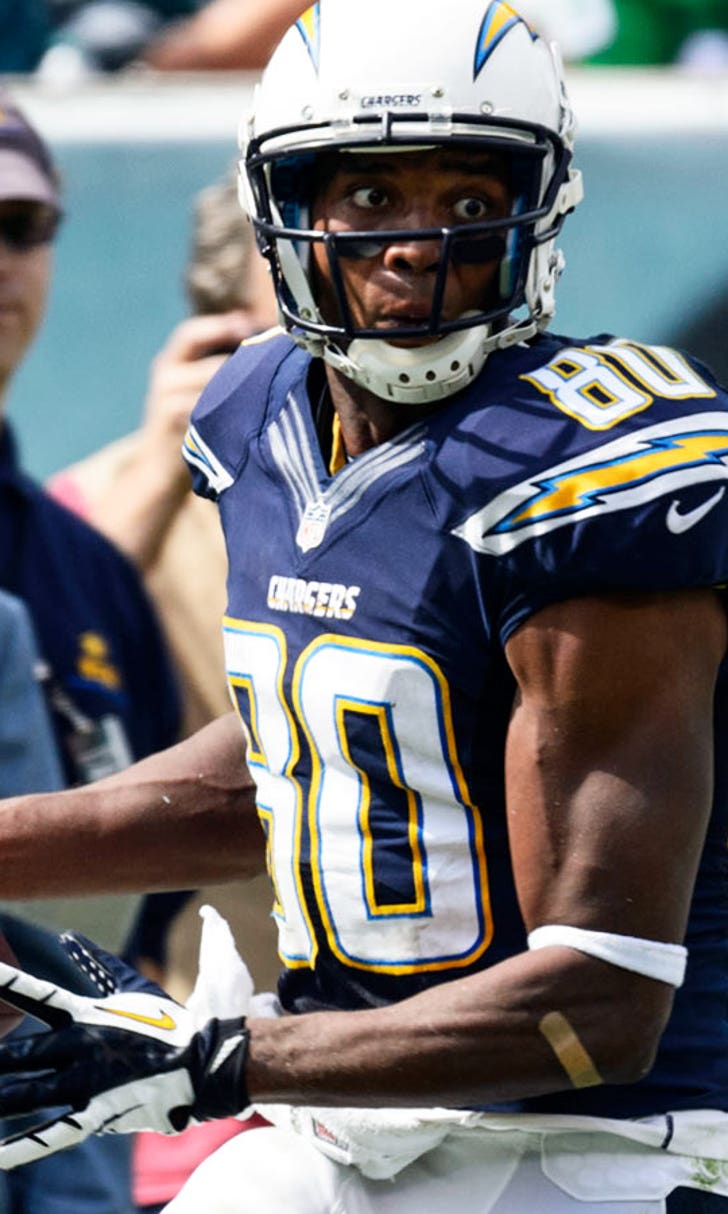 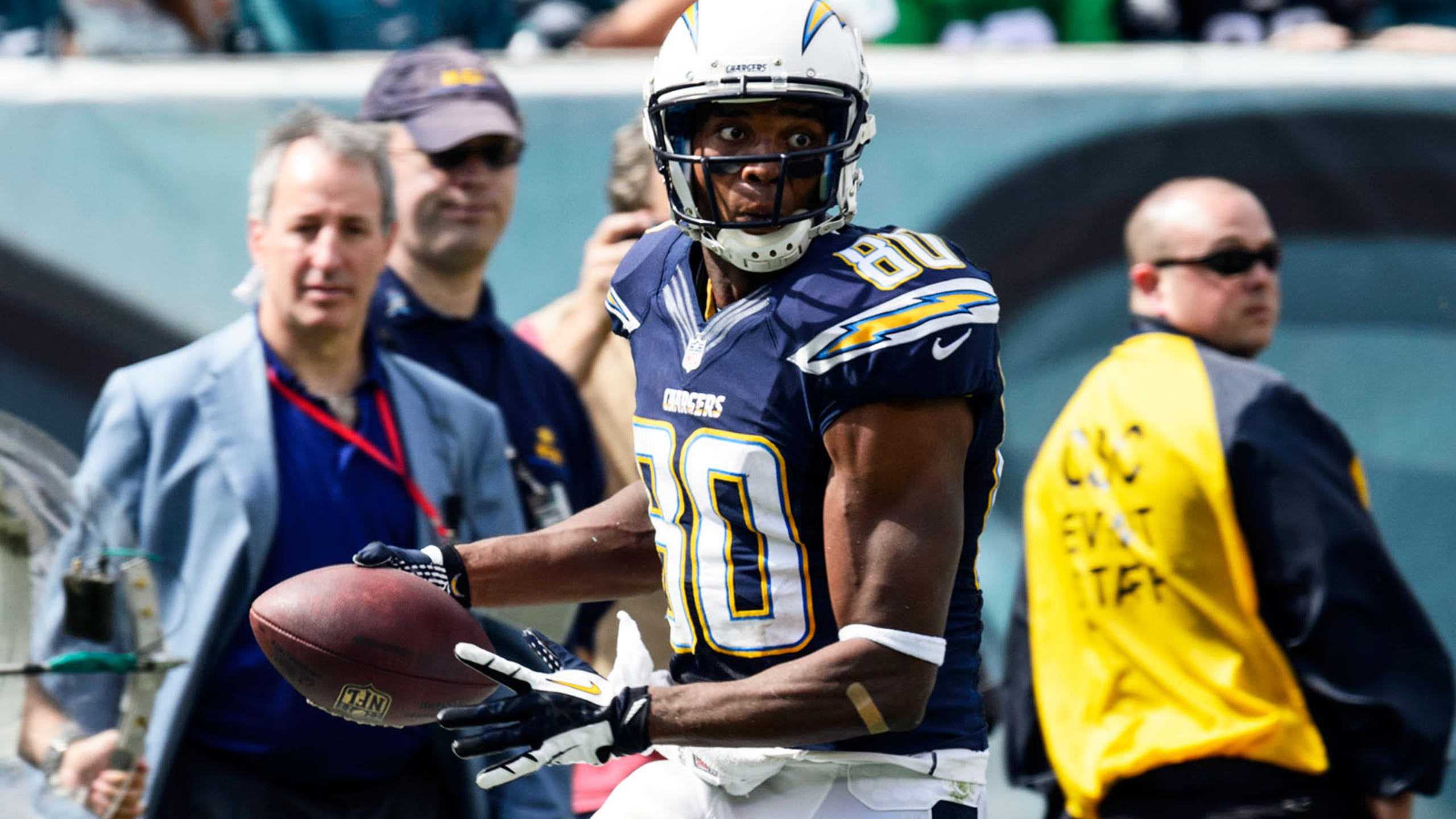 My fantasy football All-Injured Reserve roster is stacked after eight weeks of play:

Keenan Allen’s season-ending lacerated kidney injury sounds absolutely excruciating. His injury comes a week after Antonio Gates hurt his MCL, yet gutted out four receptions for 56 yards against the Ravens in Week 9. With Allen out and Gates bound to need rest at some point, who steps up in an offense led by the league-leader in pass attempts, Philip Rivers (44 attempts per game)?

This question of Malcom Floyd or Stevie Johnson was among the most popular questions during my Monday fantasy chat.

Although Johnson missed part of the Ravens’ game with a shoulder injury, the 34-year-old Floyd isn’t made of steel, quite the opposite. Since 2010, he’s missed 25 games, an average of five games per season. Floyd has yet to miss a game in 2015 and had perfect attendance in 2014. So, based on his injury history, he could be on borrowed time with a heavier workload ahead. Remember, Keenan Allen took targets away from Floyd. The other fantasy relevant note on Floyd is that Week 8’s two-touchdown performance against the worst pass defense in the league marked only the second time in his CAREER Floyd scored twice in the same game. The ceiling is limited.

On the other hand, Johnson has a great chance of picking up Allen’s role in the offense. In PPR leagues Johnson should already be owned. With Antonio Gates out of the lineup early in the season, Johnson scored touchdowns the first two weeks of the season. If he can stay healthy, Johnson will finish as a Top 25 wide receiver in PPR leagues the rest of the season.

Must add and FAAB budget blowout bid. He’ll finish Top 15 running back rest of season if he remains healthy – maybe higher. He averaged 100 rushing yards on 20 carries with three touchdowns the first two weeks of the season when Bell was suspended.

Matt Forte is out indefinitely with a knee injury. The rookie running back out of Michigan State only had 15 carries heading into Week 8. Langford finished with 12 carries for 46 yards against the Vikings.

If anything Langford leaps into the RB2 conversation at least for Week 9 as the Bears face the Chargers rush defense. San Diego allows the second-most fantasy points to opposing running backs – 24.2 FPAPG. For those in PPR leagues, Langford could lose some touches to Antone Smith. Remember him? The former Atlanta Falcons running back scored a touchdown in four consecutive games last season. Smith was signed after Jacquizz Rodgers was placed on injured reserve.

Over the last four weeks Austin is a Top 30 fantasy wide receiver and that includes a BYE. Over the last five weeks / four games, Austin has averaged 19.2 fantasy points per game. With Todd Gurley finally providing a main cog in the offense, the Rams are finding creative ways to get the ball in Austin’s hands. He’s only owned in 28 percent of leagues and looking at the second half, has some fantasy friendly matchups. Games against the Bears, Ravens during the fantasy regular season and Lions, Buccaneers the first two weeks of the fantasy playoffs make Austin an intriguing waiver claim. Note: Rams are AT Seattle Week 16.

Should see the most amount of Joe Flacco targets rest of season with Steve Smith on the shelf. Aiken had a three-game stretch in October where he posted 12 receptions (24 targets) for 177 yards with two touchdowns. Aiken faces the Chiefs and Steelers – who he scored 18.7 FP against earlier this season – Weeks 15 and 16 if you like to look ahead on the schedule.

Why You Should Add: You don’t trade draft picks for a guy you expect to be your blocking tight end. Check down passes to tight ends does play into the Manning’s-arm-is-toast and Manning-struggles-in-cold-weather narratives which have merit. Owen Daniels was the only tight end to post a goose egg against the Raiders pass defense this season.

Why You Shouldn't Add: Manning’s arm. The Broncos will remain committed to the run game first. Owen Daniels is healthy and has history with Gary Kubiak. Could present two tight end sets that create some cloudy who-to-start scenarios.