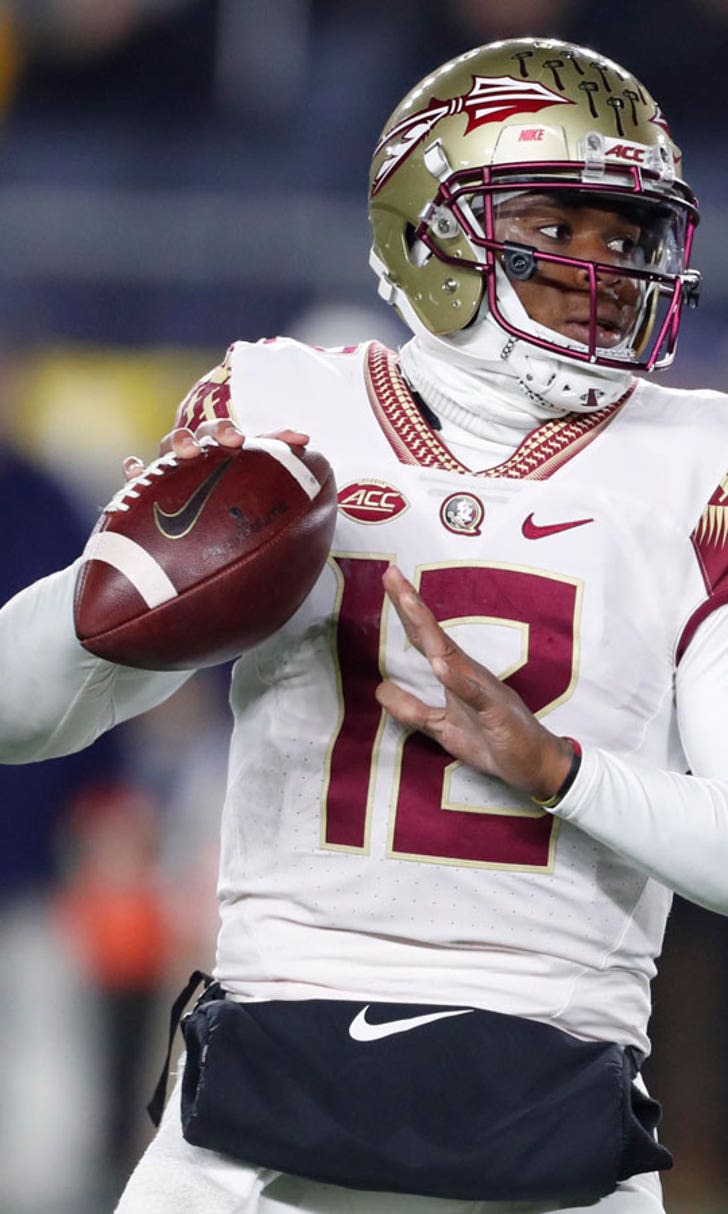 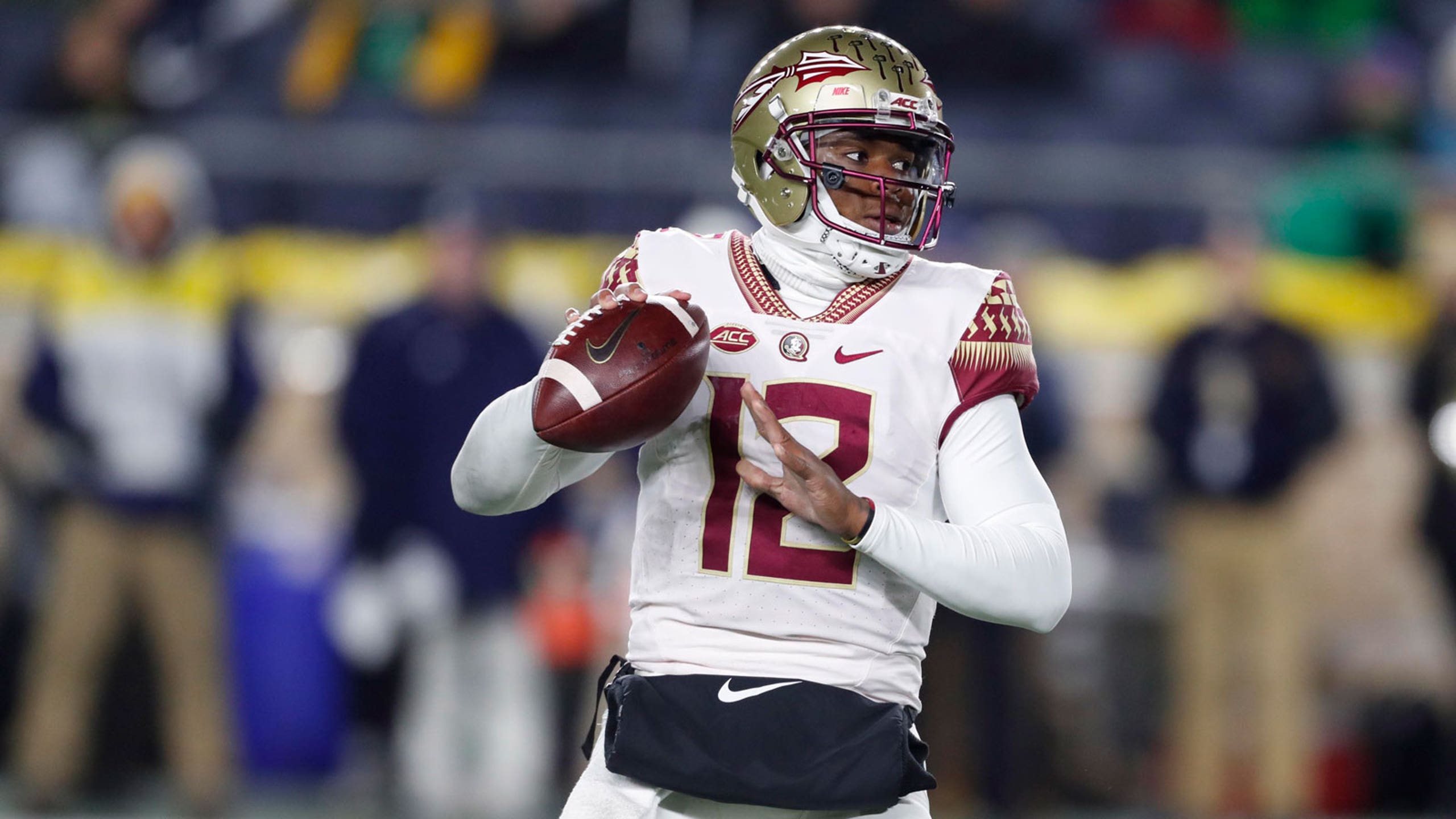 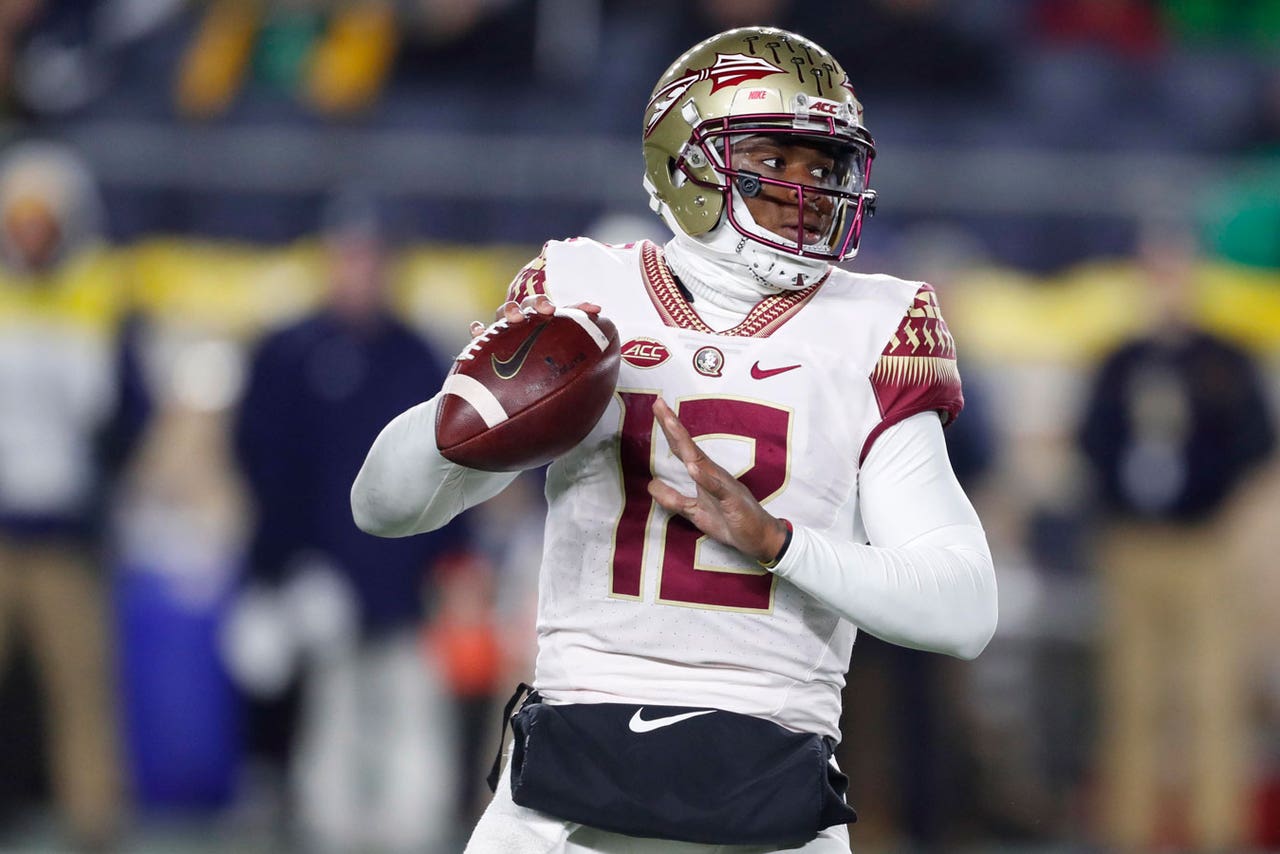 TALLAHASSEE, Fla. (AP) —Deondre Francois' uncle said the former Florida State starting quarterback has entered his name in the NCAA transfer database and hopes to play again after "a couple of bad decisions."

Putting his name on the list allows other schools to contact Francois, who was dismissed by the Seminoles on Sunday by coach Willie Taggart after a social media post included audio of an alleged argument between the quarterback and his girlfriend.

Pat Julmiste, Francois' uncle, told The Associated Press on Tuesday that the audio is old, that his nephew is no longer dating the woman and that no incident occurred last weekend.

"I just want people to know that the image painted on Deondre is not him," Julmiste said. "He's a great kid. He made a couple of bad decisions that affected him big time. He's not a womanizer. He's not a woman beater."

Francois was the Seminoles' starting quarterback last season, completing 57.3 percent of his passes for 2,731 yards, 15 touchdowns and 12 interceptions but the Seminoles struggled in Taggart's first year and finished 5-7. He was also Florida State's starter in 2016 and in the 2017 season opener before he suffered a season-ending knee injury.

Taggart had frequently defended Francois, praising him for making changes and showing improved leadership. But on Sunday he dismissed Francois.

"As we build a new culture and foundation for FSU Football, we have high expectations for all of our student-athletes and we will not shy away from those high standards of conduct," Taggart said. "We are moving forward as a program."

Julmiste said he understands why Taggart dismissed Francois but that he feels like "they wanted Deondre out of there and they just needed a reason."

Francois is now "just trying to see what school will show an interest," Julmiste said.

ACC
share story
those were the latest stories
Want to see more?
View All Stories
Fox Sports™ and © 2021 Fox Media LLC and Fox Sports Interactive Media, LLC. All rights reserved. Use of this website (including any and all parts and components) constitutes your acceptance of these Terms of Use and Updated Privacy Policy. Advertising Choices. Do Not Sell my Personal Info