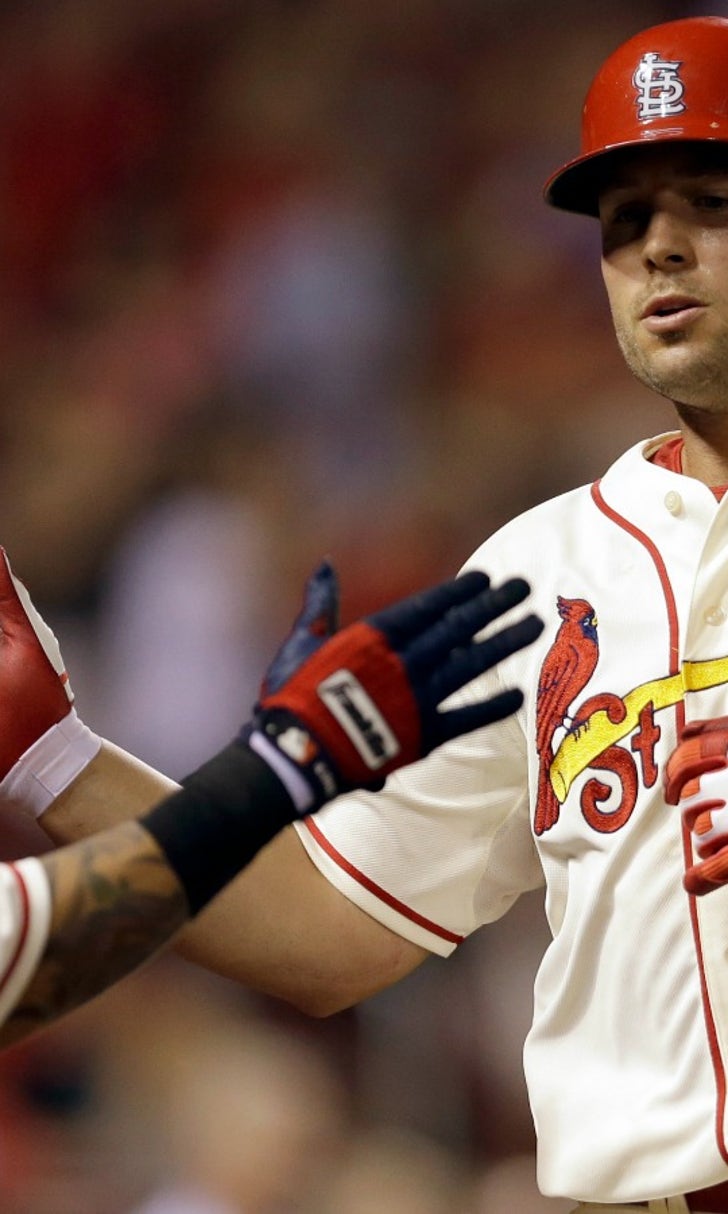 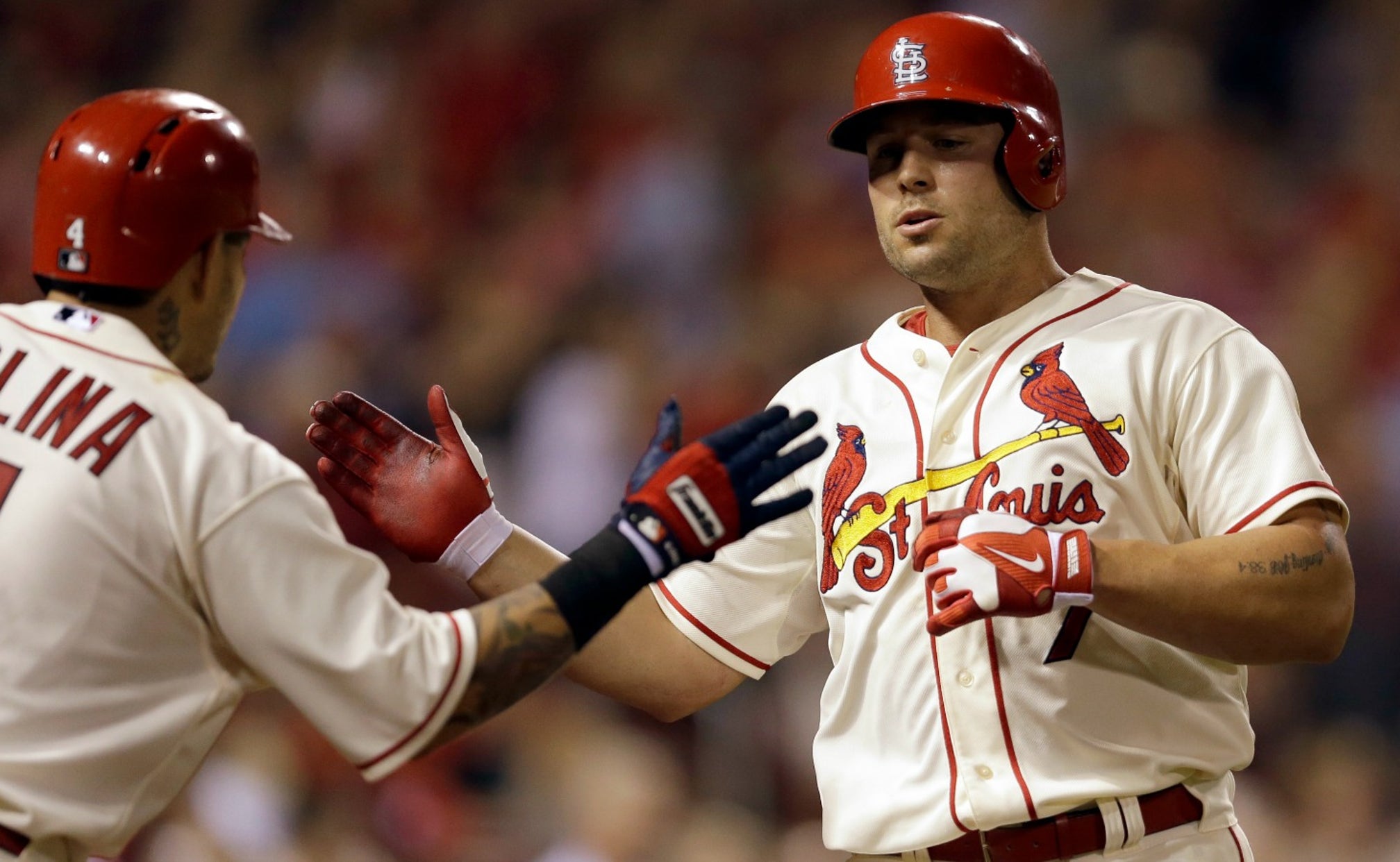 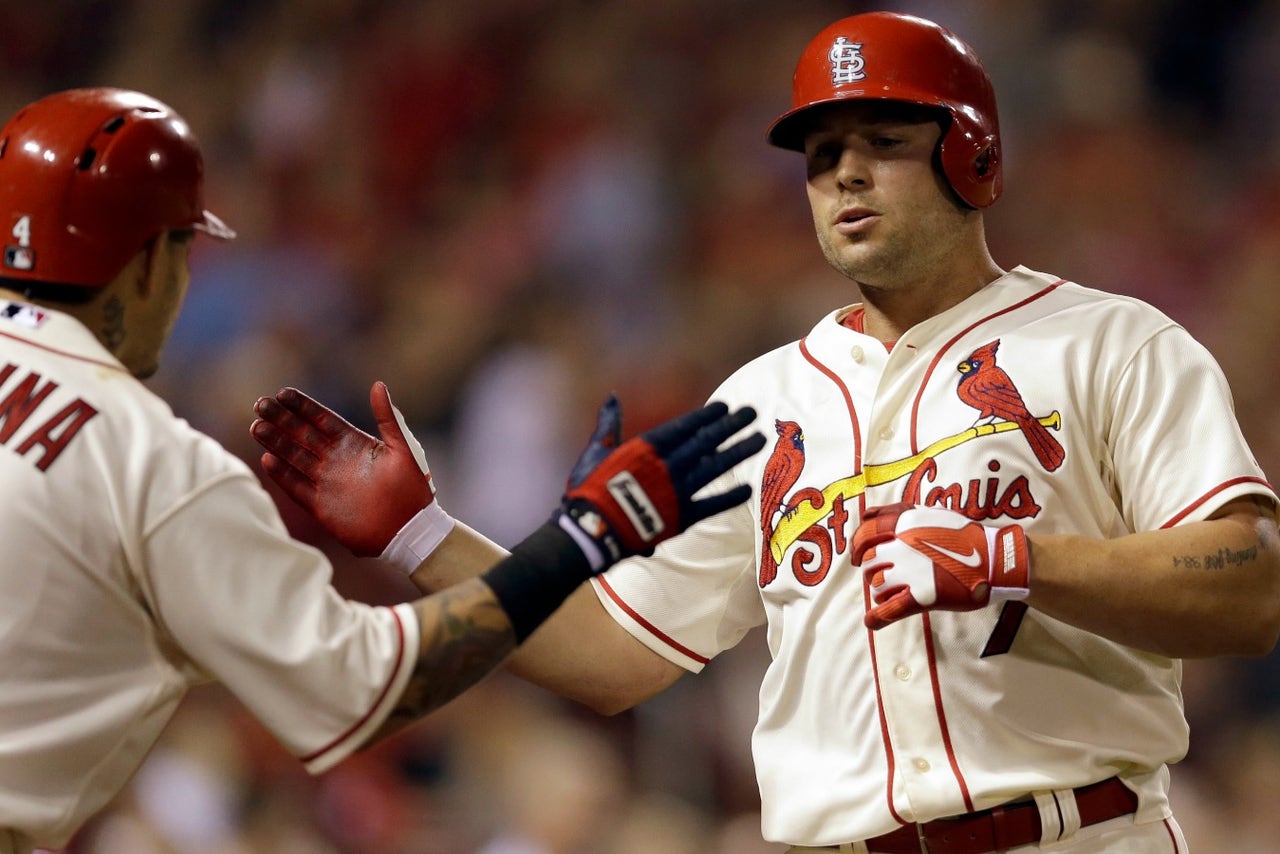 ST. LOUIS -- Matt Holliday has been known to be a streaky hitter.

And he might be finding his hitting stroke at just the right time for the St. Louis Cardinals.

He homered twice and had five RBIs and the Cardinals beat the Chicago Cubs 13-2 Saturday night to earn a split of a day-night doubleheader.

"It feels good," Holliday said. "It always feels good to help your team win. That's what we're here for. We're here to win games. When you do something that helps the team win, that's the idea."

The victory snapped a four-game losing streak for St. Louis, which won for just the third time in its past nine games and pulled to within one game of the NL Central-leading Milwaukee Brewers. Milwaukee dropped its fourth straight with a 3-1 loss at San Francisco.

It's the most runs this season for the Cardinals and the first time in seven games they scored at least three runs. Their previous high was 10, which they did twice.

"Yeah, we really need those big production days and Matt's the guy that can do that," Cardinals manager Mike Matheny said. "It's nice to see and nice to see him lead like he did.

"It's good to see our offense kind of quiet people that think that we can only score two runs a game."

The Cardinals have scored two or fewer runs in 45 of their 136 games or about one-third of the time.

Marco Gonzales (1-2) gave up one run and three hits over a season-high six innings. His previous long outing was in his debut on June 25 when he pitched five innings against Colorado, but didn't figure in the decision in a 9-6 win for St. Louis.

Holliday hit his 14th home run in the fifth to break a 1-1 tie. His three-run, two-out blast to center scored Daniel Descalso and Matt Carpenter.

He got No. 15 leading off a nine-run eighth. It marked his 19th career multi-homer game and his first since getting two on Aug. 10, 2013, against the Cubs. Holliday has an 11-game hitting streak during which he has gone 14 for 43.

"Three-run homers are game-changers," he said. "Especially if it's a tie game and you get a three-run lead, it kind of gives you a little bit of a cushion and allows your pitcher to settle down a little bit."

The first 10 batters reached to start the eighth for St. Louis. Holliday's homer was followed by five singles and three walks before he was hit by a pitch to drive in the seventh run of the inning.

Matt Adams hit a sacrifice fly and Yadier Molina got his third hit of the night to drive in the ninth run before second baseman Javier Baez made a nice play on an Oscar Taveras grounder to start an inning-ending double play.

Felix Doubront pitched seven strong innings in his National League debut and Starlin Castro hit one of Chicago's three solo homers, sending the Cubs to a 5-1 victory in the opener.

Doubront (1-0) allowed seven hits in his return from the disabled list. He had been out with a strained right calf since Aug. 1, two days after Chicago acquired him from Boston. Logan Watkins and Chris Valaika also connected for Chicago in the makeup of a May 14 rainout.

Justin Masterson (2-3) gave up all three homers and five earned runs in 4 1/3 innings for St. Louis. Masterson has allowed four or more runs in five of his six starts for the Cardinals and pitched five innings or fewer in four of his starts.

Molina went 3 for 5 with three singles in his second game since returning to the lineup following a seven-week absence. Molina, who had surgery on his thumb in July, went 0 for 3 in his return Friday and sat out the first game of the doubleheader. He also threw out Arismendy Alcantara trying to steal second in the fifth, the first attempt against Molina since his return.

Cubs: 1B Anthony Rizzo, who was second in the NL with 30 homers, sat out again. Rizzo's lower back tightened during a rain delay Tuesday in Cincinnati. He has not played since and is expected to sit out Sunday as well. ... RHP Edwin Jackson (strained right strain) threw in the bullpen before the game. He has been on the disabled list since Aug. 21.

Cubs: LHP Travis Wood (8-11, 4.72) will start Sunday afternoon. He is 2-5 with a 5.83 ERA against St. Louis in his career, with both victories coming this year. In his last outing against the Cardinals, he got a no-decision after giving up five runs (two earned) in five innings July 25 in a game Chicago won 7-6.

Cardinals: RHP John Lackey (2-1, 4.50) gets his second career start against Chicago. He earned his second win with St. Louis in his last start, giving up one run in seven innings in a 3-2 win Aug. 25 at Pittsburgh.