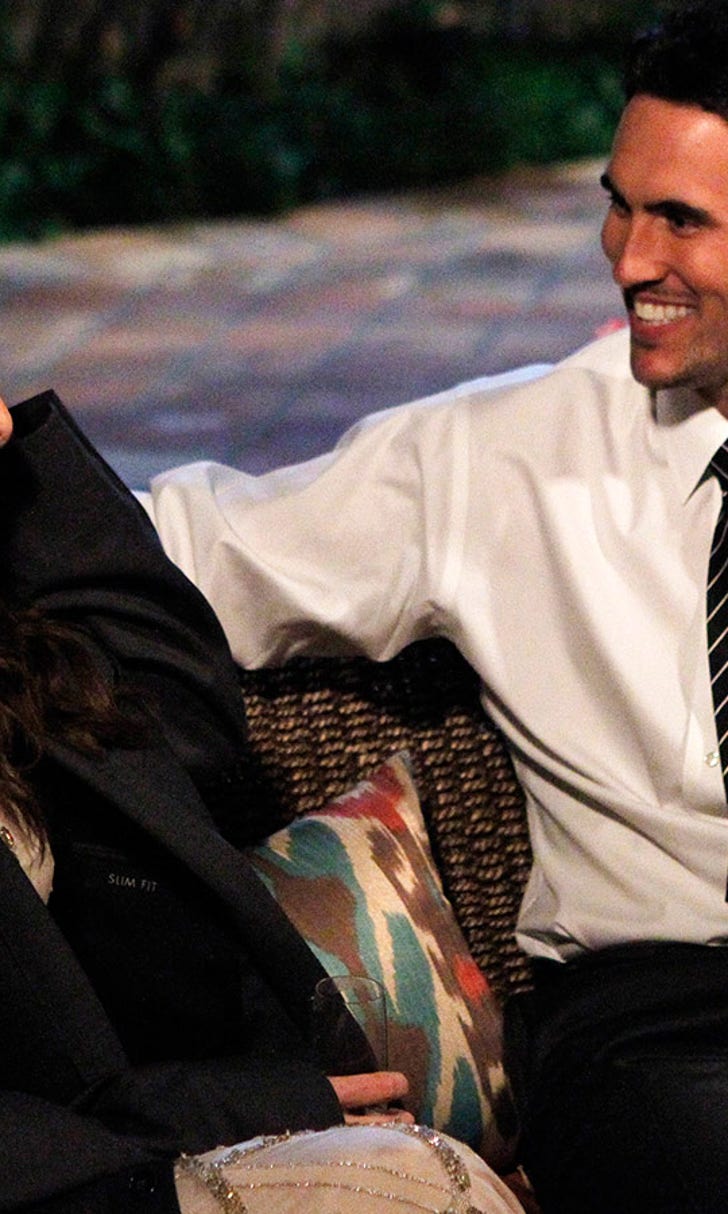 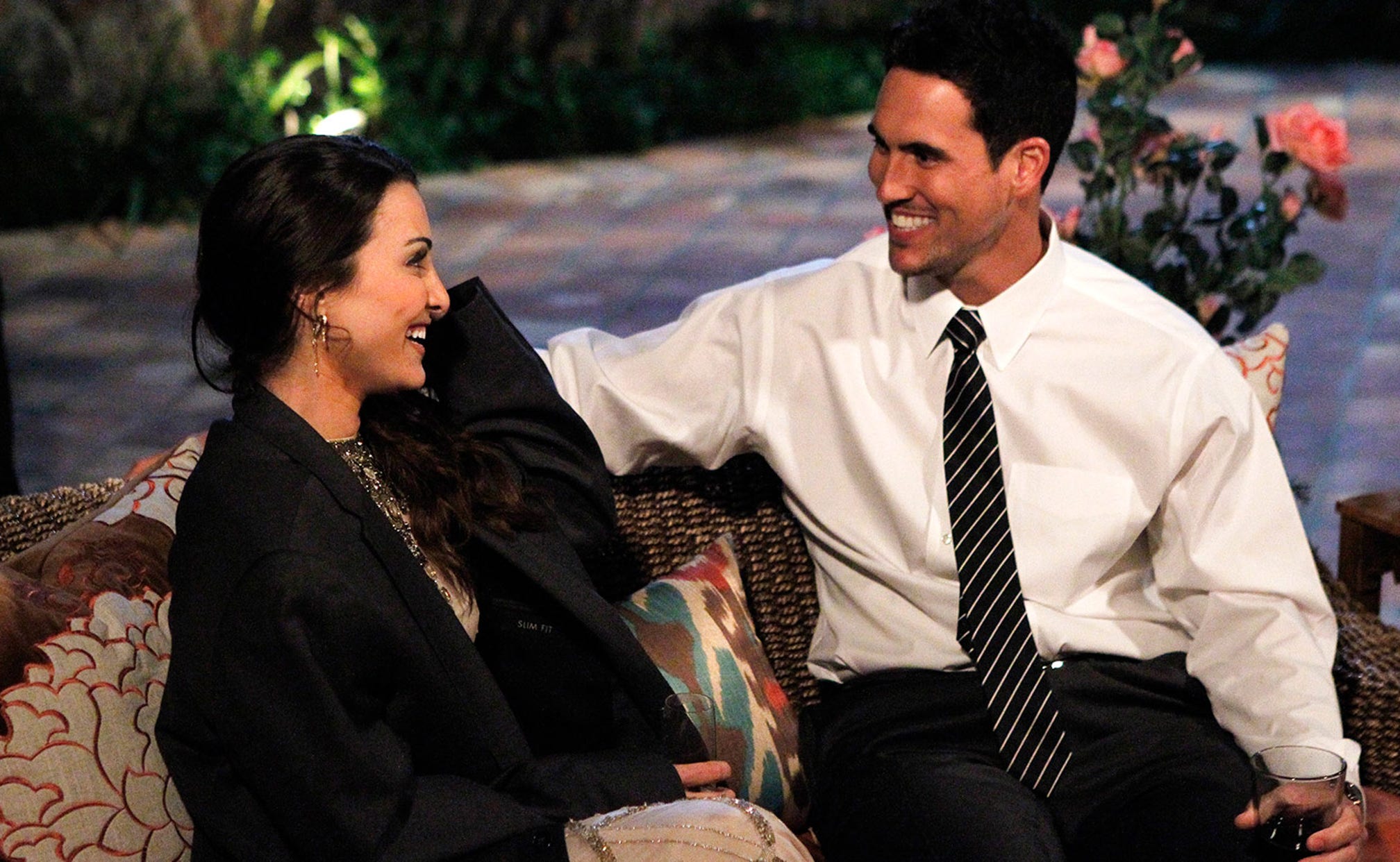 Did you know that Brussels is BEAUTIFUL? Shocking, really I know. This episode was all about killing my love of some of my favorite things. At this point I think it's safe to assume that ABC's entire budget went to Andi's Fancy Prom Dresses and not to actual dates, because I would almost rather them pretend to be scared to bungee jump than watch them "explore" another "beautiful" city that has castles that look like Hogwarts that are disappointingly not actually Hogwarts. Coincidentally, ABC pulled a very unpatriotic move and has them in Belgium the same week our countries' teams met in the World Cup. In honor of Tuesday's game there will be a "Sac Up" Cup, a Yellow Card, and a Red Card. Unlike Andi, my favorite country is the US of A.

Chris got the wonderful task of plugging this week's hotel and I love that he obviously does not care. Andi tells us so many dumb things in one 30 second opening that it's not even worth mentioning them all, just know I lost brain cells listening to it.

Sac Up Cup goes to Andi for her constant need to be reassured that these guys have feelings for her. This girl needs more reminding than any girl I've ever seen, and I lived in a sorority house.

One-On-Andi: Marcus, the 25 year old, who I can't figure out. They are going to "immerse" themselves in the culture. Andi's wearing another turtleneck. I didn't know this many turtlenecks were still available for purchase. They eat mussels, which is one of my favorite things that now just don't seem as great. Andi tells him he's a good eater, because apparently he's a 3 year old. GOLD STAR ON YOUR CHORE CHART! Also, did you know Marcus considered leaving? He considered it so much that he keeps dropping the "L-bomb." He also journals which Twitter thinks is weird. I actually don't really mind it if it's devotional journaling or something of that nature, but who the hell am I?

After eating Mussels in Brussels, they change and go to a castle to have dinner. What's our castle count up to this season? Marcus tells us about his family and his family issues and I'm so confused by the jumping around of it that I'm not really sure what the issue even really is. They are filming this hometown date in Highland Park Village, home to my favorite, Mi Cocina, and I can only pray they don't go there too. Andi says, "This is a TOTAL PACKAGE man in front of me."

Nick, who probably stalked every girl he has ever dated makes a little visit to the hotel's front desk. He tells the front desk lady, who I can only hope was fired, that he forgot his key and room number and his WIFE is up there and he needs a key. AND SHE GIVES IT TO HIM. This was obviously set up by ABC, but if it wasn't I will never be staying in a hotel by myself again. Andi's heart is racing and like sttoooopp it. These two are so annoying. She changes really quickly and they go on a walk, obviously to "explore the city." Nick is the equivalent of Jim Tressel in a scarf and makes my skin crawl. He would be perfect as the lead in a Lifetime movie about stalking your ex-girlfriend who is played by Jennifer Love Hewitt.

Red Card Winner: Nick, for just being a total creep and driving me nuts. He's the equivalent of only being allowed to watch the Big 10 for an entire football season.

One-on-Andi: Josh. "Let's Ghent it on" is what the date card says...I'm Ghana vomit at the forwardness and play on words. Andi doesn't know if Josh is "where he needs to be" in his relationship with her. Insert ALLLLL OF THE EYEROLLS. Josh says he doesn't like seeing Andi with other guys; Andi wishes Josh would be more open with his emotions. What does being more open with your emotions even mean when he just told you how he felt? Let's add "opening up" to the list of turrriblle Bachelor/Bachelorette phrases.

After immersing in the culture of Ghent, they go on the most original date of the season. TO A CASTLE FOR DINNER. Josh hates group dates. They chit chat, and then make out up against a wall. Josh gets bonus points for saying he's not going to throw around the "L-word," which Andi then ruins by saying she's been waiting for him to say the L-word and she's so happy he did. Wait, did you miss that whole part about him telling you he's not going to say it? They then go out into the street and stumble across a band that nobody has ever heard of and make out in the street. This date is a Pinterest obsessed, overly dramatic love-quoting teenager's dream.

Group Date: Nick, Dylan, Brian, Chris. Nick tells everyone he's so excited that he never has to go on a group date after this one. He's such a douche canoe (shoutout to the Twitter Troll who called Outkick contributor Josh Parcell that). They go to a real working monastery where Monks live...and to Brian's delight there is no kissing allowed on the property! This monastery is a former castle, because OF COURSE IT IS. I will no longer be taking Monks seriously for letting this cast of clowns film on their property. They all look annoyed.

Dylan still has his manny-tail in his hair for the group date and makes some completely horrible metaphor about the monastery ruins surviving the test of time and his love for Andi will too. Do less Dylan, much much less.

Chris just gets it. I can't state this enough. He's the Renee of this season. He's nice but as the weeks have gone on he's come out of his "turtle shell" and stands up for himself and defends people when the time is right. Normally I would start questioning why a guy like him is on this show in the first place, and for the first time ever, I actually believe it's because he's from Iowa and there are maybe 20 single girls there. They go on a "mini 1-on-1" to do pottery and recreate Ghost. Not intentionally but that's the visual you get. Twitter blows up with questions about a guy who knows pottery. I used to date a guy who does pottery, and it's actually really hard and impressive AND you get vases out of it. Guys who are willing to admit they can do something crafty like that are the type who don't care what other people think and are usually the most genuine. I feel like I've reached "Clare level of support" for Chris this season and it's weird. Unlike Andi, I'll stop while I'm ahead.

Brian the Closer (it's an ironic nickname) decides he's going to finally tell Andi how he feels and that he's falling in love with her. It's so uncomfortable. How are you falling in love with a girl that you've barely been able to talk to? He believes he has a really good shot of making it to hometowns. I believe the Cowboys are going to have another 10 win season. It's good to know Brian and I are on the same page.

Creeper McCreeperson, Nick, believes that Dylan, Brian and Chris aren't even in consideration at this point. So on top of being creepy, Nick is also delusional. How do you not think Chris is a threat? Nick  says the other guys aren't like him even if they want to be. He's Big 10 football fan delusional. Except... Andi gives Nick the group rose. These two should just be together and have the world's worst dressed children.  Since he gets the rose he gets a "mini one-on-Andi" and everyone else has to go home. They watch fireworks, which are my absolute FAVORITE, and now the only visual I'm going to have on my favorite day of the year this Friday is of these two sucking face. So un-American.

Back at the hotel, everyone hates Nick. When he gets back from ruining fireworks and America's birthday, nobody says anything for a while. Then Brian confronts him first, followed by everyone else. Most of the confrontations are garbage, until Chris chimes in and nails it. End scene.

Cocktail Party: Andi is channeling Reba McEntire in "Fancy" again, of course her hair is in an up-do. If she wasn't a D-List celebrity she would live on Joan River's Favorite Targets list. Fact.

See Ya Never: Dylan. I hope he gets to meet his man crush Tom Brady, who gives him a #69 jersey that he'll wear around town with his hair up in a manny-tail. And Brian. He means well.

Next Week: My favorite episode of the season, hometowns! Marcus is in Dallas, so right down the street from me. Nick is in, I don't care, or Milwaukee, but I mean honestly is there even a difference? Josh is in Tampa where the only thing that apparently is going to be discussed is his brother Aaron's NFL draft prep. Chris, in the fields of an Iowa farm where he tells Andi there's an opportunity to be a homemaker and she winces. I'm all like sign me up and I'll bring Pure Barre to the fields. You can follow @CippyWallace for live tweeting as always.