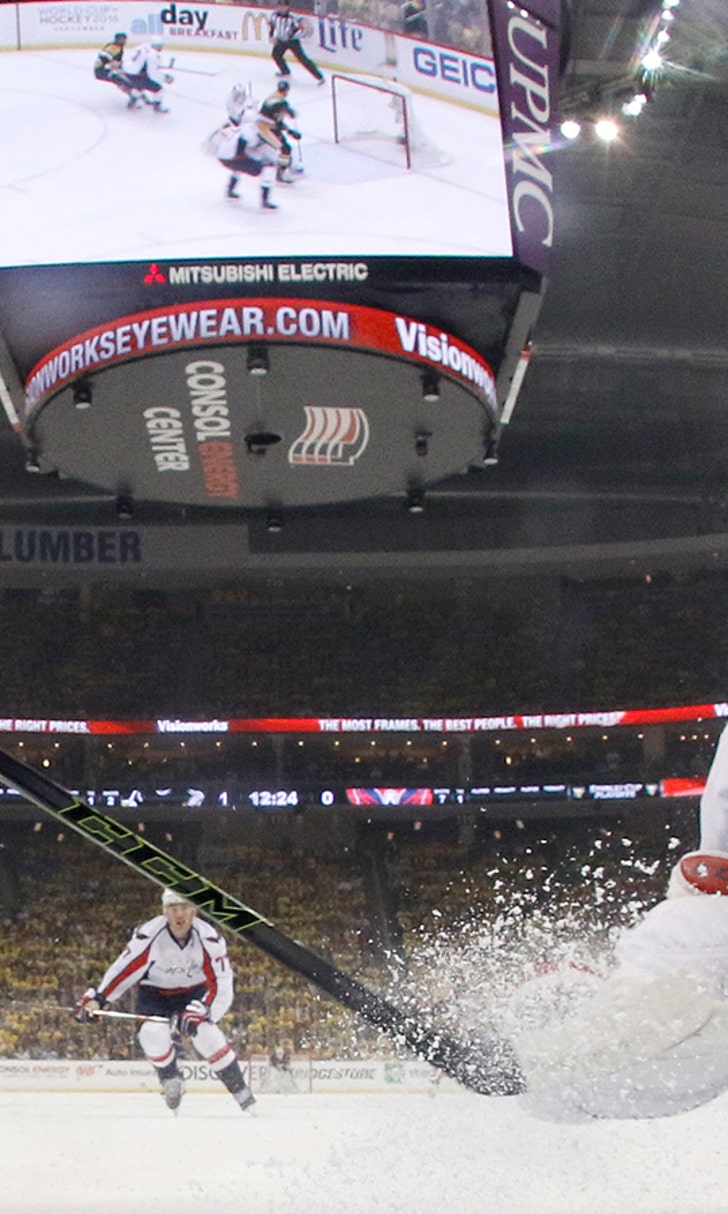 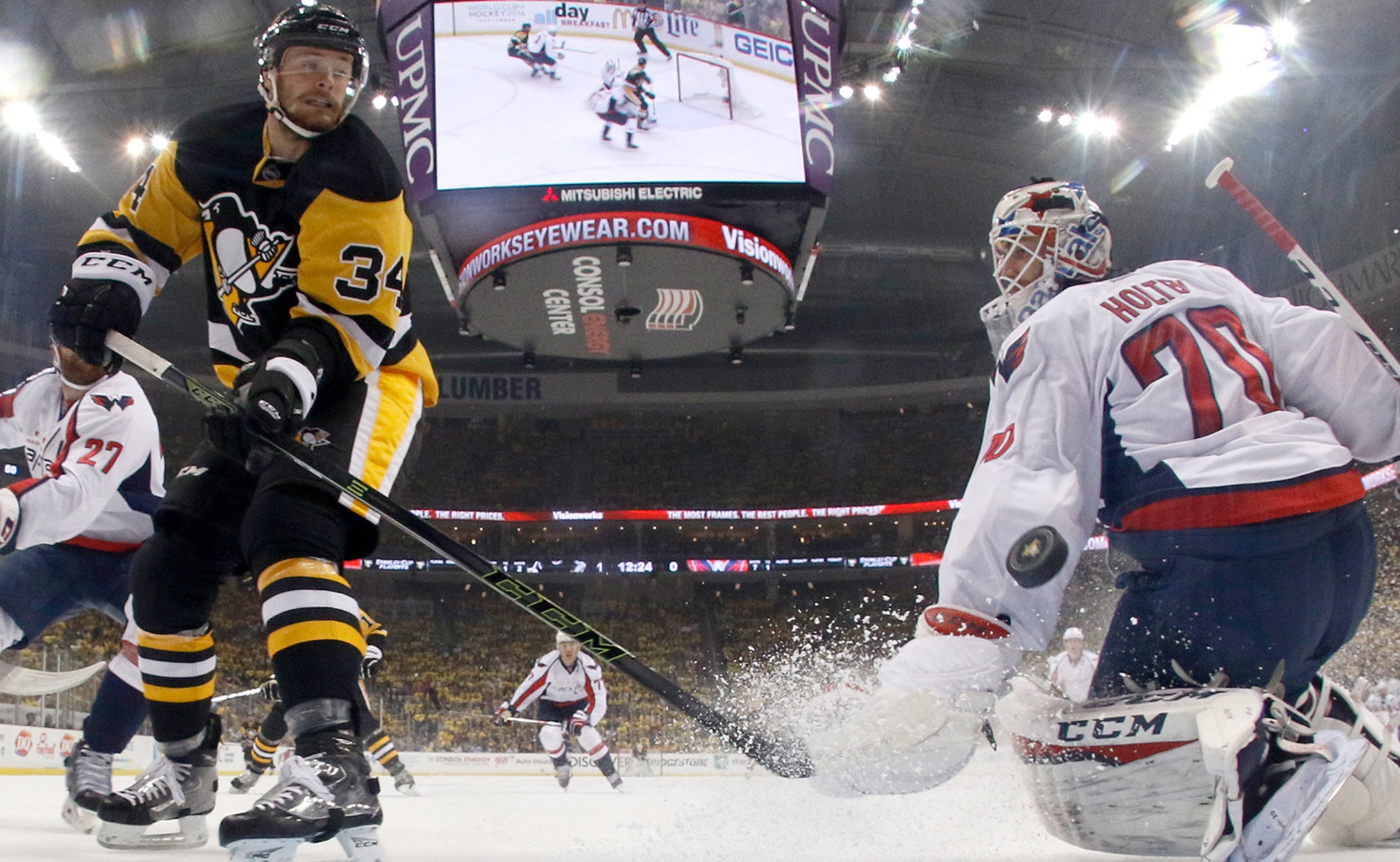 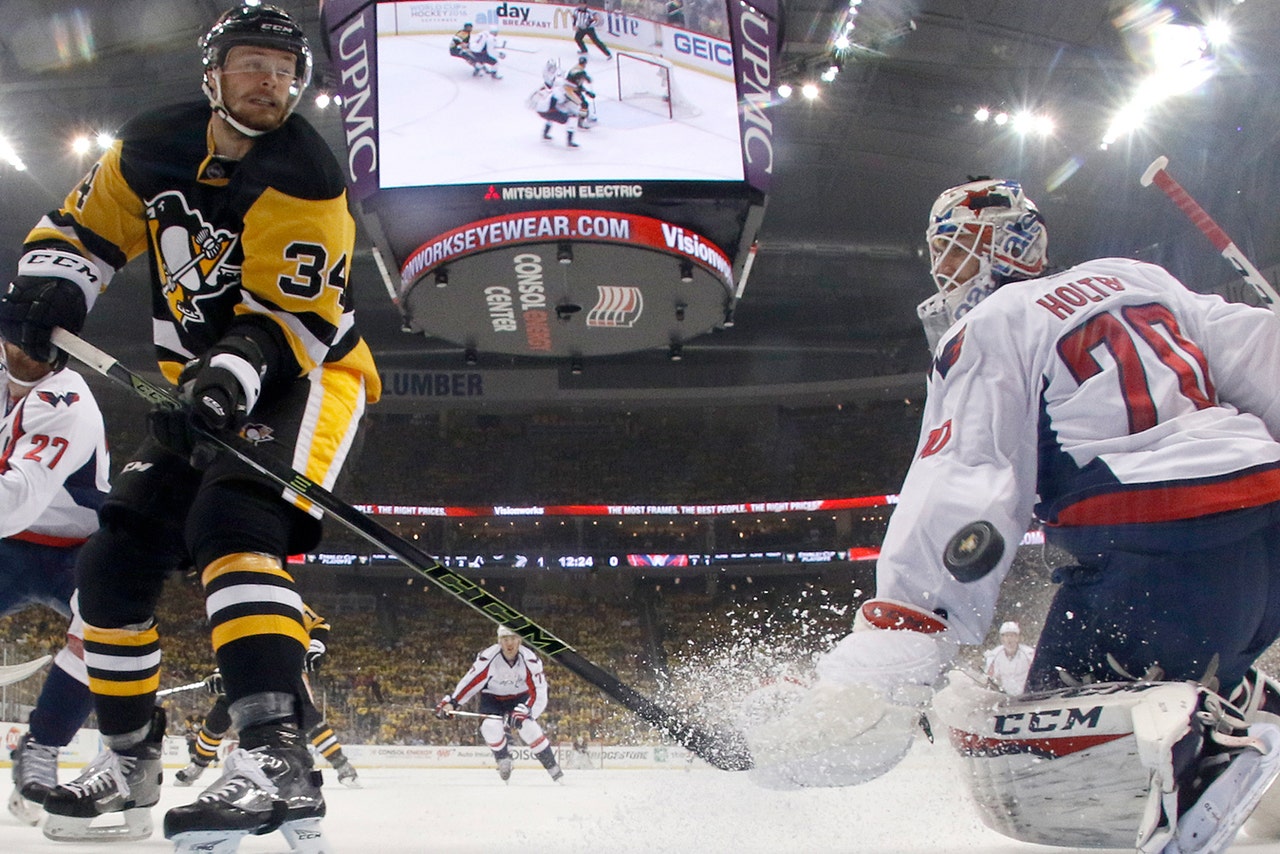 It can be tough to beat Washington Capitals goaltender Braden Holtby, so Pittsburgh Penguins winger Tom Kuhnhackl got creative to score a goal in the Penguins' Game 3 win Monday night.

Kuhnhackl was rushing the net alongside center Matt Cullen in the first period when Cullen attempted to pass to Kuhnhackl in the slot. Capitals defenseman Matt Niskanen got a bit of his stick on the puck and tipped it into the air, nearly thwarting the play. Kuhnhackl had his back to the puck, but that was no problem, as the pass simply bounced off his numbers and into the net.

It was almost like watching an alley-oop in basketball. The tally was a key one for the Penguins, who topped the Capitals, 3-2, on Monday to take a two-games-to-one series lead.

The goal was also Kuhnhackl's second of the postseason, and he now has four points in eight career playoffs games with the Penguins. That isn't bad for a player who was mostly shuttling back and forth among hockey's minor league teams for the past few years.