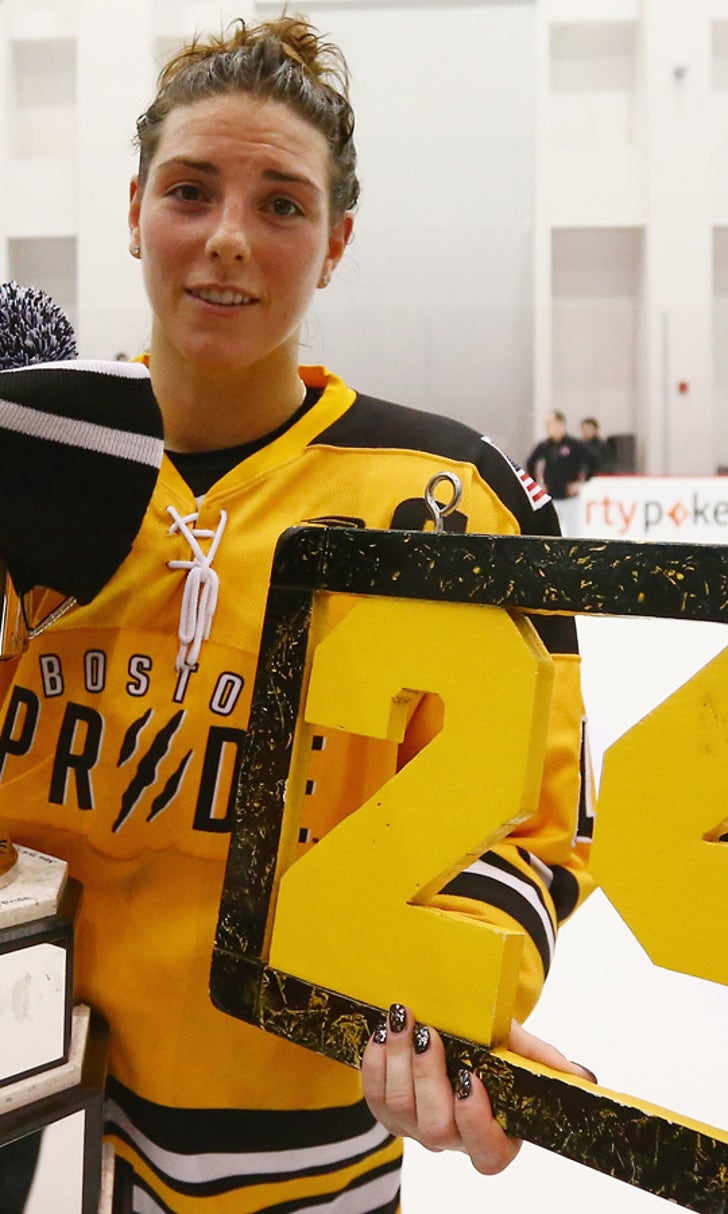 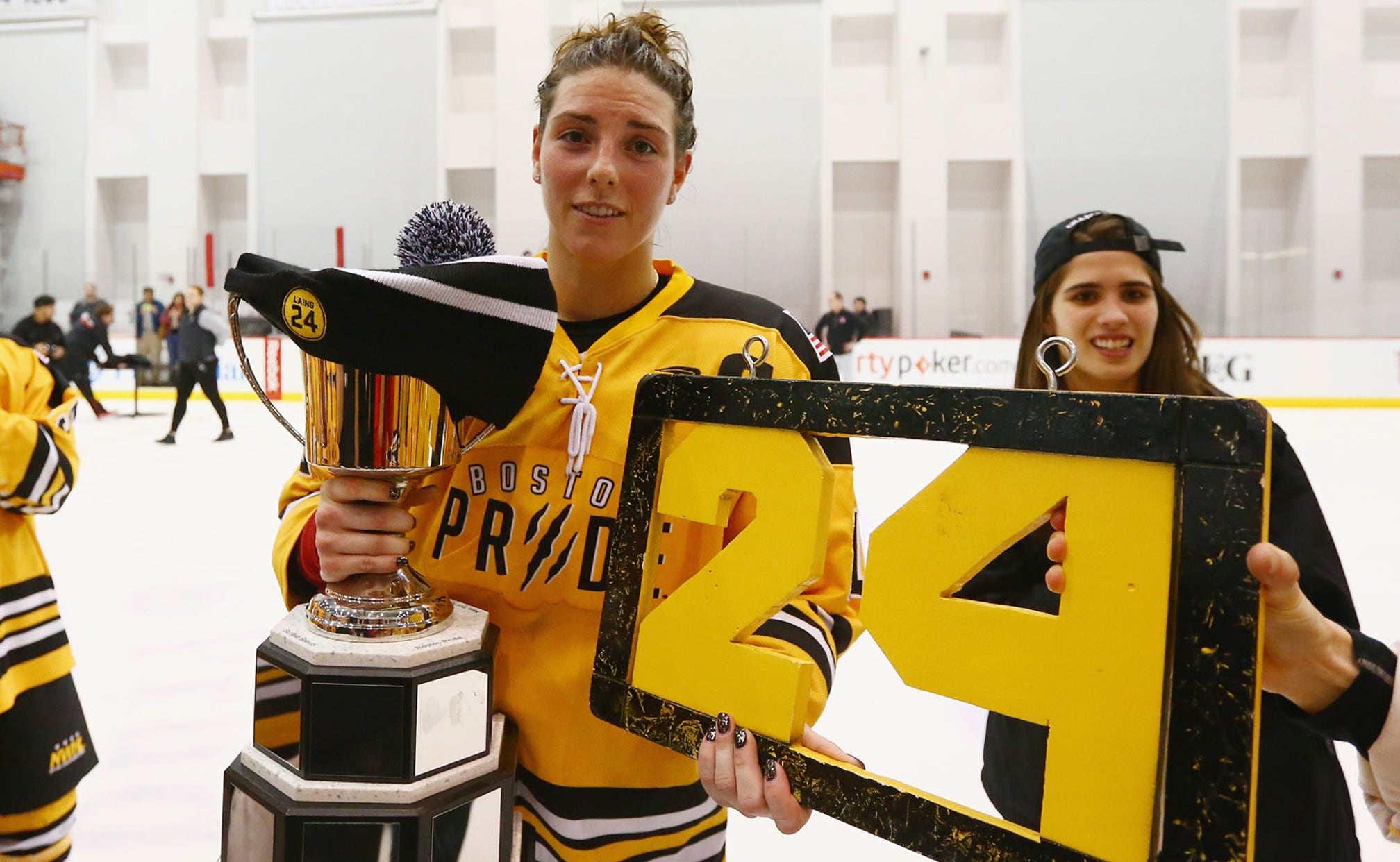 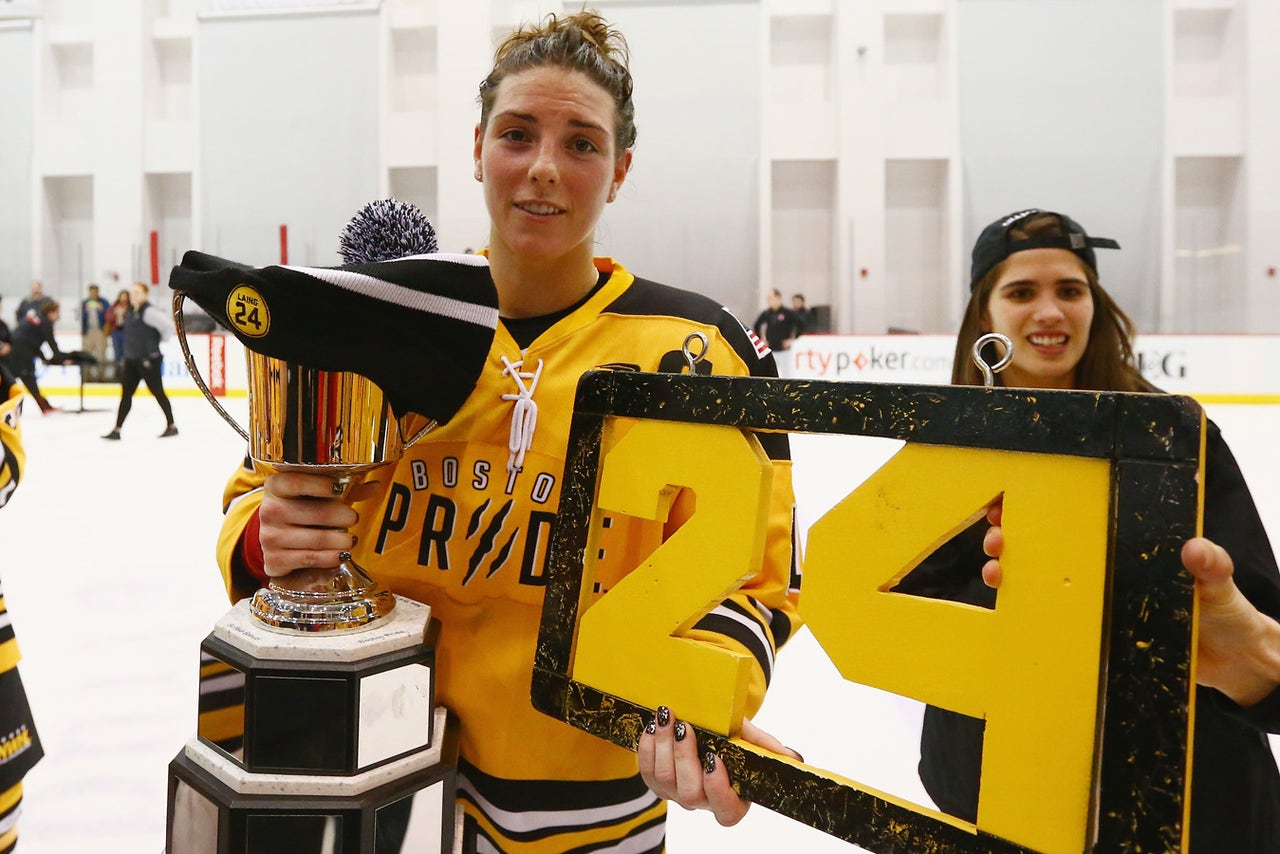 When the Boston Pride won the National Women's Hockey League's inaugural Isobel Cup championship on Saturday night via a 3-1 win over the Buffalo Beauts, a severely injured player, Denna Laing, was a huge part of the team's celebration. Laing suffered a devastating spinal cord injury at the Women's Winter Classic on Dec. 31 that left her with limited movement in her arms and no movement or sensation below her chest.

But Laing has inspired thousands with her positive attitude as she works to recover the most function possible following the accident, and her presence has been felt on the ice even while she is not able to physically be there with her teammates.

That much was evident Saturday. Although Laing was unable to make it to the team's championship game in Newark, N.J. (Laing remains in Massachusetts at Spaulding Rehabilitation Hospital), the 24-year-old was a huge part of her team's celebrations as she celebrated virtually with them via FaceTime.

Best moment for me, someone said "Denna is here!! Denna is Here!!" and there you were, celebrating ! @dlaing14 pic.twitter.com/Iz5MOaEPzq

The Pride dedicated their championship to Laing, and the team waved Laing t-shirts and hats in the air as they celebrated on the ice with the Cup. Team co-captain Hilary Knight, a two-time U.S. Women's Olympic hockey player, posed with the Cup and a Laing jersey and plaque for photos. Gigi Marvin, a defenseman for the Pride as well as a two-time Olympian, was one of many members of the team who paid tribute to Laing in an on-ice interview immediately after the championship game.

"She's a heartbeat of this team," Marvin said. "It's amazing her strength and the perseverence and the character that lady has. I can't say enough amazing things. We all get pretty emotional just thinking about her, so we're so proud of you, Denna."

On Sunday, Laing -- with the help of a straw -- was even able to drink from the Isobel Cup, a rite all hockey players dream of growing up, after her teammates brought their championship hardware to Laing at her rehab center in Cambridge, Mass.

This is amazing omg pic.twitter.com/nBUCokW0te

no better feeling than winning a championship with your best friends. So grateful for this group #sisters pic.twitter.com/i90CkOaLt2

Laing has not publicly discussed her long-term prognosis and remains wheelchair-bound for now, but she updates fans on her progress via Facebook and Twitter. Anyone who wishes to donate to her medical fund can do so via DennaLaing.org.