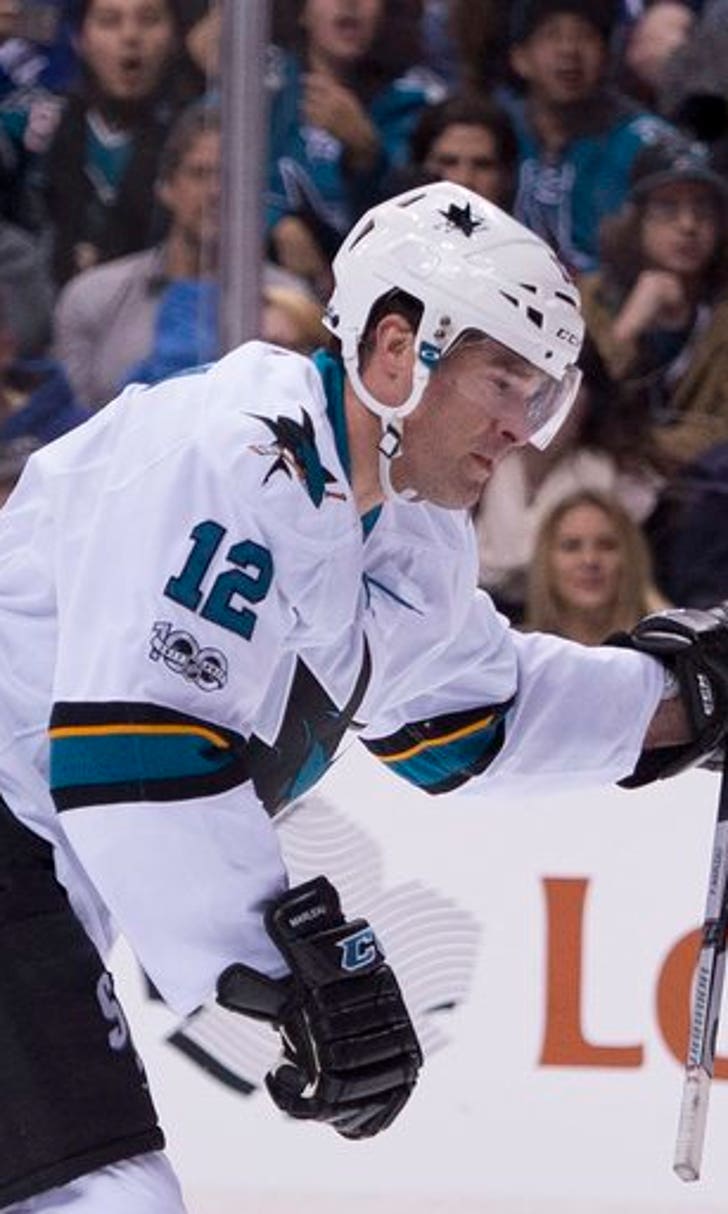 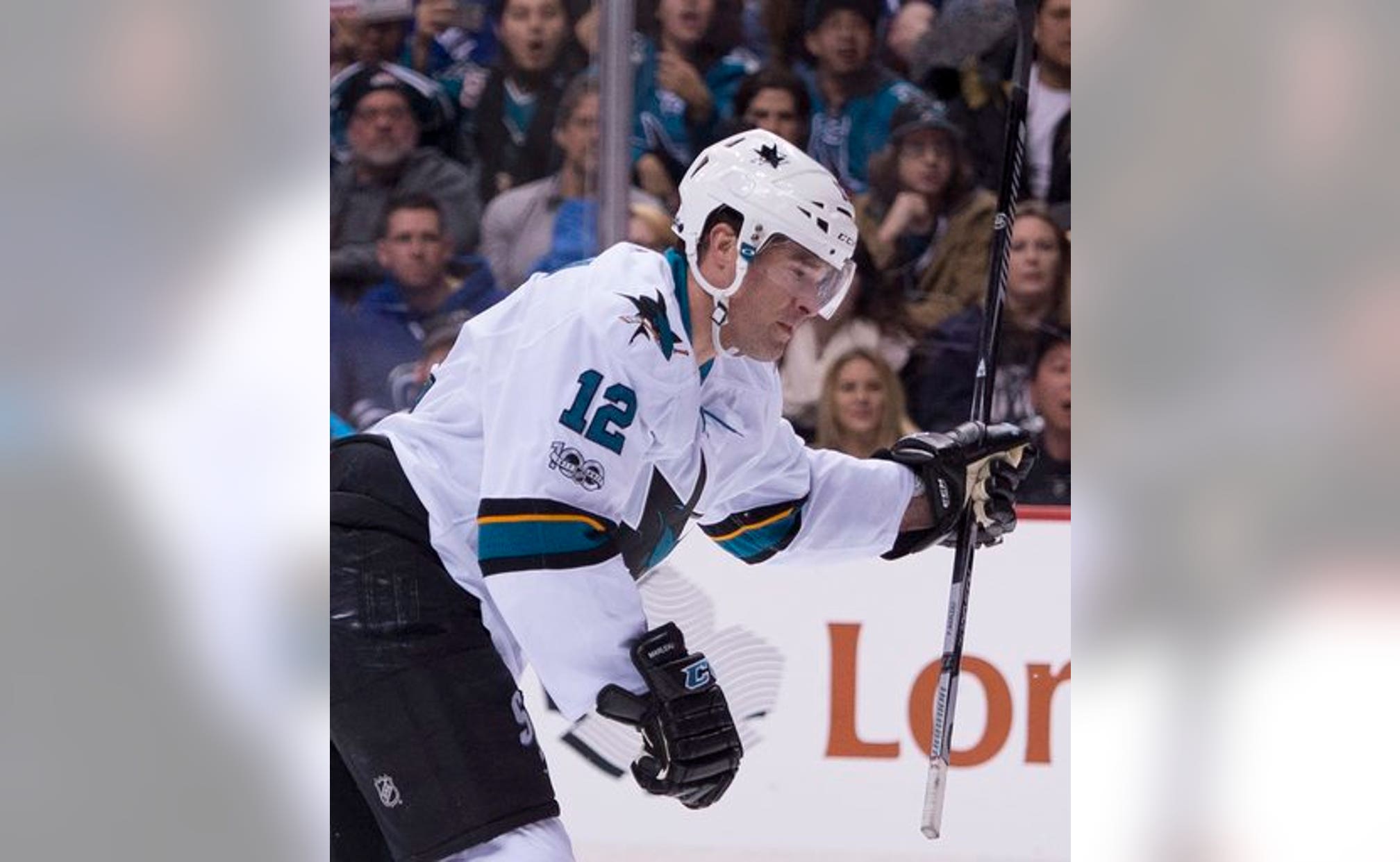 VANCOUVER, British Columbia (AP) Patrick Marleau didn't want to mess around with his march to 500 goals.

The way the veteran San Jose sniper has been putting the puck in the net, it's no surprise he got it over with fast.

The 37-year-old Marleau became the 45th player in NHL history to reach the milestone, and the 18th to do it with his original team. He closed in on the feat quickly thanks to seven goals and one assist over his last five games.

Quiet and reserved since his rookie season in 1997, Marleau said after Thursday's morning skate that he wanted to get No. 500 as soon as possible - mainly because it would put the questions to bed.

''Yeah, that'll do, getting it right away,'' Marleau said with a smile in an empty Sharks locker room. ''It was good to get it out of the way.''

Marleau has spent all 19 of his NHL seasons with San Jose and is the first player in franchise history to reach the milestone. His 19th goal of the season moved him into a tie with Lanny McDonald for 44th place on the all-time list.

San Jose was on a power play when Burns caught the short-handed Canucks napping with a stretch pass to Joe Pavelski, who found Marleau. He made no mistake short side on Miller at 9:30 of the first period.

''It was pretty cool to see,'' Pavelski said. ''It's a great milestone. The boys couldn't be happier for him. He's put in a lot of work over the years.''

Marleau has had a sometimes-tumultuous tenure with the Sharks. There were times when it appeared he might be traded, but hanging in and getting all 500 goals with one franchise - and becoming the first San Jose player to do it - is what he's most proud of.

''When you hit a mark like this, you just start thinking about everybody who's helped you along the way,'' Marleau said. ''Playing with one club and playing with a lot of guys for a lot of years on this team, it means a lot to share that with them and see how happy they are for you.''

Burns had a goal and an assist for the Sharks, and Martin Jones stopped 32 shots. San Jose improved to 8-1-0 over its last nine games to move three points ahead of Anaheim for first place in the Pacific Division.

Philip Larsen scored for the Canucks, who got 28 saves from Ryan Miller. Vancouver lost in regulation at home for the first time since Dec. 22, snapping a 7-0-1 run at Rogers Arena.

The Canucks remained three points back of Calgary for the second wild-card spot in the Western Conference. Vancouver has two games in hand.

Tierney made it 2-0 with 4:01 left in the first when he swatted home his fifth on a rebound past a helpless Miller after some suspect coverage from Larsen in front.

The Sharks were coming off Tuesday's 3-1 victory over Chicago after the All-Star break, while the Canucks played their first game since a 3-0 loss to Arizona last Thursday.

''We were a little bit sluggish in the first,'' Vancouver forward Daniel Sedin said. ''After that I thought we played a good-enough game.''

San Jose, which has won nine straight regular-season games at Rogers Arena dating back to Jan. 21, 2012, could have easily been up by two or three goals early if not for Miller's stellar play before Marleau opened the scoring.

The sleepy Canucks woke up in the second, but Jones made a terrific stop on Loui Eriksson seven minutes into the period, and then two more on Alexandre Burrows late to help preserve San Jose's 2-0 lead through two.

''We had a good start. We were pretty confident there,'' Pavelski said. ''The second definitely wasn't our best period. (Jones) bailed us out. He made some huge saves along the way.''

The Sharks stretched their advantage to three 53 seconds into the third when Burns banged a shot past Miller for his 22nd of the season. Burns has seven goals and 13 assists in his past 14 games and leads NHL defensemen with 55 points in 52 games.

Larsen spoiled the shutout bid at 6:35 when his point shot deflected off Sharks defenseman Paul Martin and past Jones for his first goal. Tierney scored his second of the night on a power play with 5:19 left to put any thoughts of a Vancouver comeback to rest.

The goal was initially waved off for goalie interference, but the call was reversed after San Jose challenged.

NOTES: Vancouver forward Jannik Hansen, who missed his 17th straight game with a sprained knee, returned to practice this week wearing a brace. He hopes to play Saturday against Minnesota.