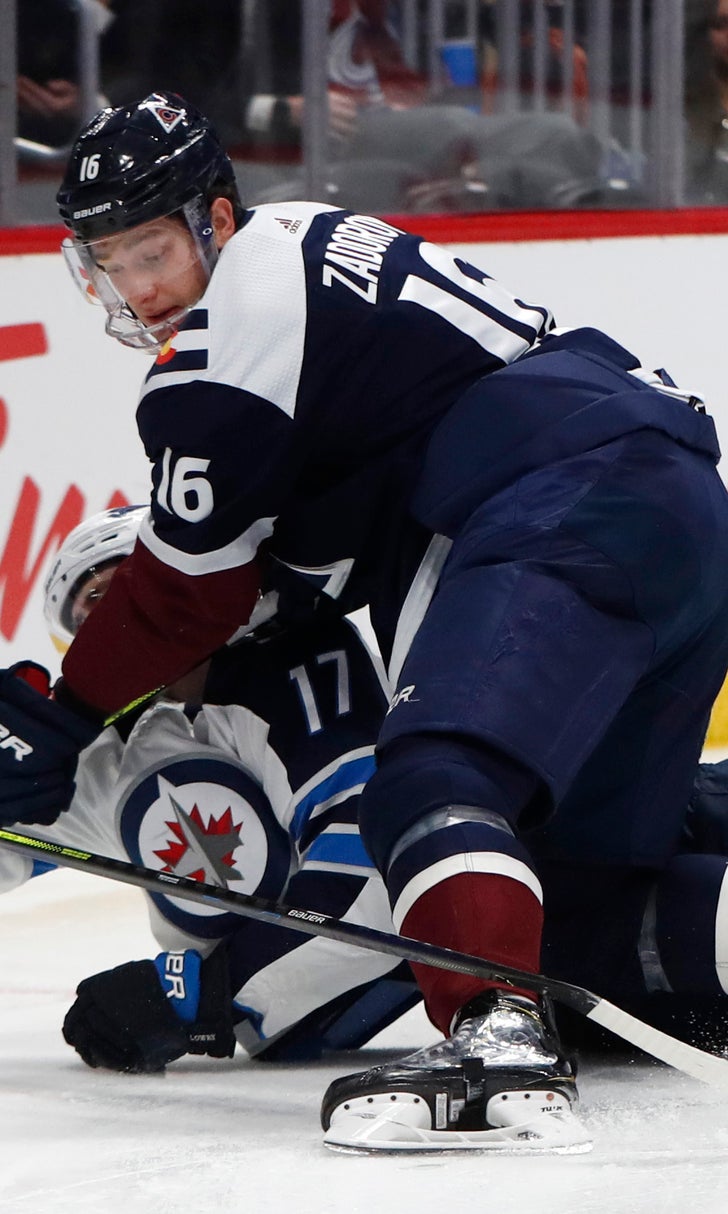 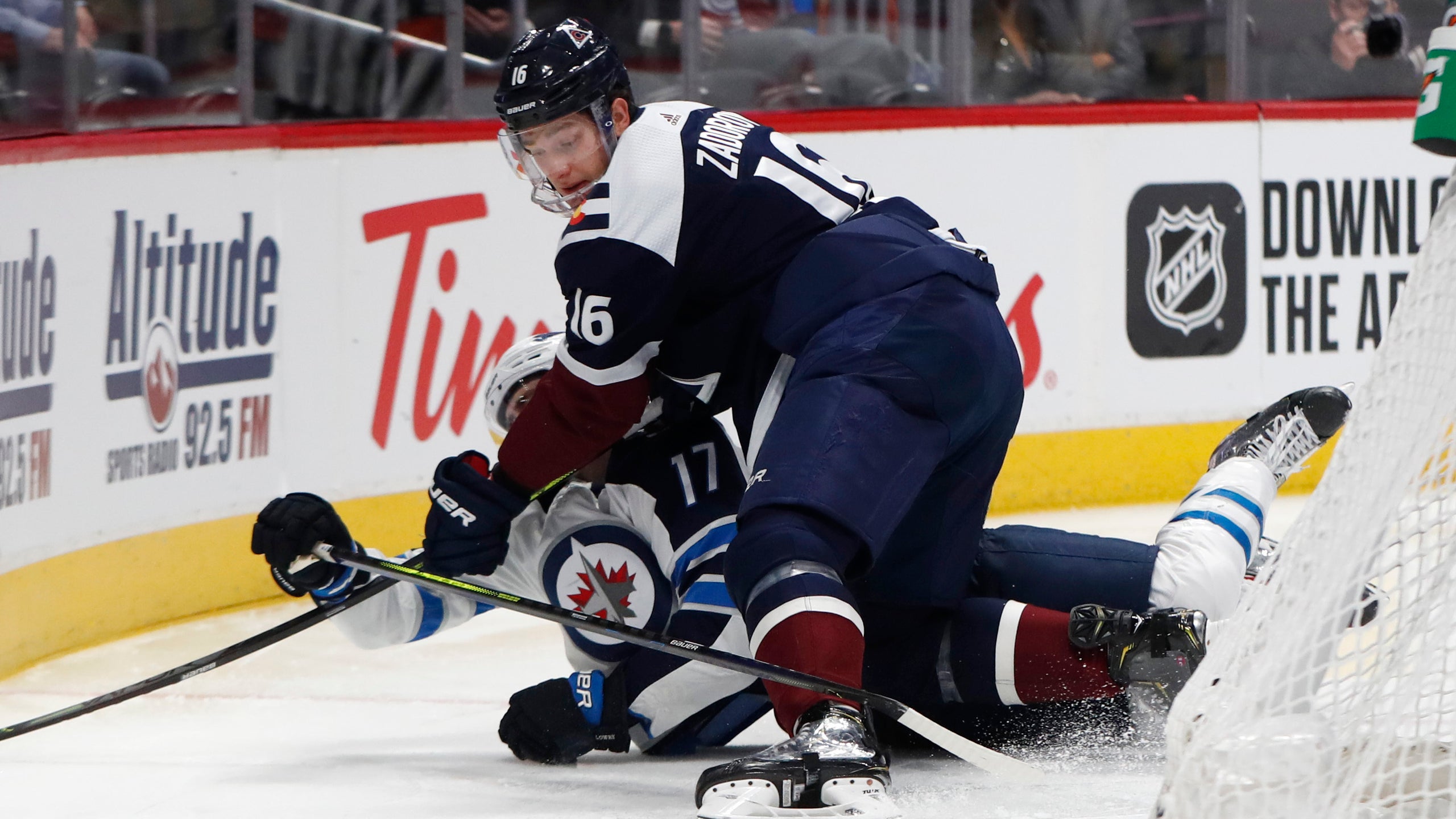 DENVER (AP) — Kyle Connor put his team in a tough spot with an unfortunate penalty. The young forward redeemed himself soon after to lift the struggling Winnipeg Jets.

Connor had three goals for his second career hat trick and first in the regular season, and the Jets beat the Colorado Avalanche 7-4 on Tuesday night.

Blake Wheeler scored twice and added an assist and Mark Scheifele and Nikolaj Ehlers had empty-net goals for Winnipeg. Scheifele and Jack Roslovic had three assists each and Ehlers had two. Connor Hellebuyck stopped 39 shots.

The Jets had gone 2-5-1 in their last eight but ended 2019 on a high note with a third-period rally led by Connor. His double-minor for a cross check early in the third period led to Colorado's goal that made it 3-all, but he made up for it a few minutes later.

Just seven seconds into Winnipeg's only power play of the game, he tipped in a shot by Neal Pionk to put the Jets ahead for good.

"I've got to control my stick a little better, but I was just trying to make a play and I ended up with four minutes," Connor said. "Watching them score, too, it's tough to sit there and watch that but we battled back and everybody, top to bottom, we got efforts from everybody, so it was a good one."

He got his 20th of the season and his hat trick when he roofed a backhander at 16:31 of the third. He now has six goals in his last four games.

"He's dialed in. I mean, the kid's got world-class hands on him and just works extremely hard," Wheeler said.

Connor's only other hat trick against Nashville on March 23, 2019.

Wheeler, who played in his 900th career game, has 19 goals and 51 points in 36 career games against Colorado. Scheifele has 28 points in 26 games.

"That's a big number for sure," Jets coach Paul Maurice said of Wheeler's 900th game. "The hard way. I've been here six full seasons, every day, every practice, every game I'm amazed at his ability to drive his body every single day. He plays a hard, grinding kind of game."

Nathan MacKinnon had two goals and Gabriel Landeskog and Nazem Kadri scored for the Avalanche. Colorado is 1-4-1 in its last six games despite outshooting the Jets 43-26 in addition to hitting the post on a couple of shots. Philipp Grubauer stopped 19 of 24 shots he faced.

"What was it, like two or three posts? So, chances were definitely there," said defenseman Erik Johnson, who had two assists. "It's just going the wrong way for us right now and no one is happy about it, but there's ebbs and flows throughout the season. We're not trying to peak in January, we're trying to peak when it matters."

MacKinnon now has 179 career goals, which is eighth in franchise history and fifth since the team became the Avalanche.

Connor tipped his own rebound over Grubauer midway through the second and MacKinnon's one-timer at 13:47 made it 2-2. Winnipeg took a 3-2 lead into the intermission when Scheifele beat Grubauer with a slap shot.

The Avalanche again tied it when Landeskog scored his 10th of the season on a power play at 7:15 of the third.

NOTES: Sam Girard had two assists for Colorado. ... The Jets are 5-3 on New Year's Eve since relocating to Winnipeg in 2011. The Avalanche are 4-3-2 in Dec. 31 home games since moving to Colorado in 1995. ... Avalanche D Cale Makar is the team's Last Men In candidate to be part of the Central Division team in the All-Star Game. Voting starts Wednesday and goes through Jan. 10.